"There are civilians out there who need us. They can't fight back, they can't escape, and they can't heal their own wounds. That's our job, and we are the best at it. By being careful and compassionate, we can make the world a safer place for everyone. We do this to be of service, and we can't afford to be complacent. When we go out there, we work twice as hard to protect others. Whatever we have to do, we put the people first. That will be our focus. With unwavering diligence, we defend and we get to say that when Wolfguard is on the field, things will be different."

Gustave "Doc" Kateb's first words about Team Wolfguard are quite clear: Wolfguard's objective is to protect civilians and make the world a safer place. If the objective is saving people, there's no better person than Doc, a highly experienced operator with great knowledge of medicine. He is always going to put people's lives first.

That initial video was just a teaser though, and we now know more information on what's the team, who has joined it, and more. Keep on reading to find out all the details!

Read more: When is Operation Vector Glare being released?

Many wild theories saw the light of day the second after the teaser was published, with a return of Operation Health leading the way.

However, Team Wolfguard isn't a new operation or a new game mode. Not at all. Team Wolfguard is an individual squad inside Team Rainbow that puts together a bunch of operators, including the team's new face Sens.

Team Rainbow is not at its best moment. Internal issues have been going on since Nighthaven joined the squad. Led by Jaimini "Kali" Kalimohan, we have seen operators joining the Nighthaven team, with Ela being the clearest example. Harry's wall gave us some more information about this matter a few months back, including intel about operators such as IQ joining Nighthaven, too.

Harry has taken the decision to divide Team Rainbow into smaller groups, and Team Wolfguard seems to be the very first one.

Who is in Team Wolfguard? 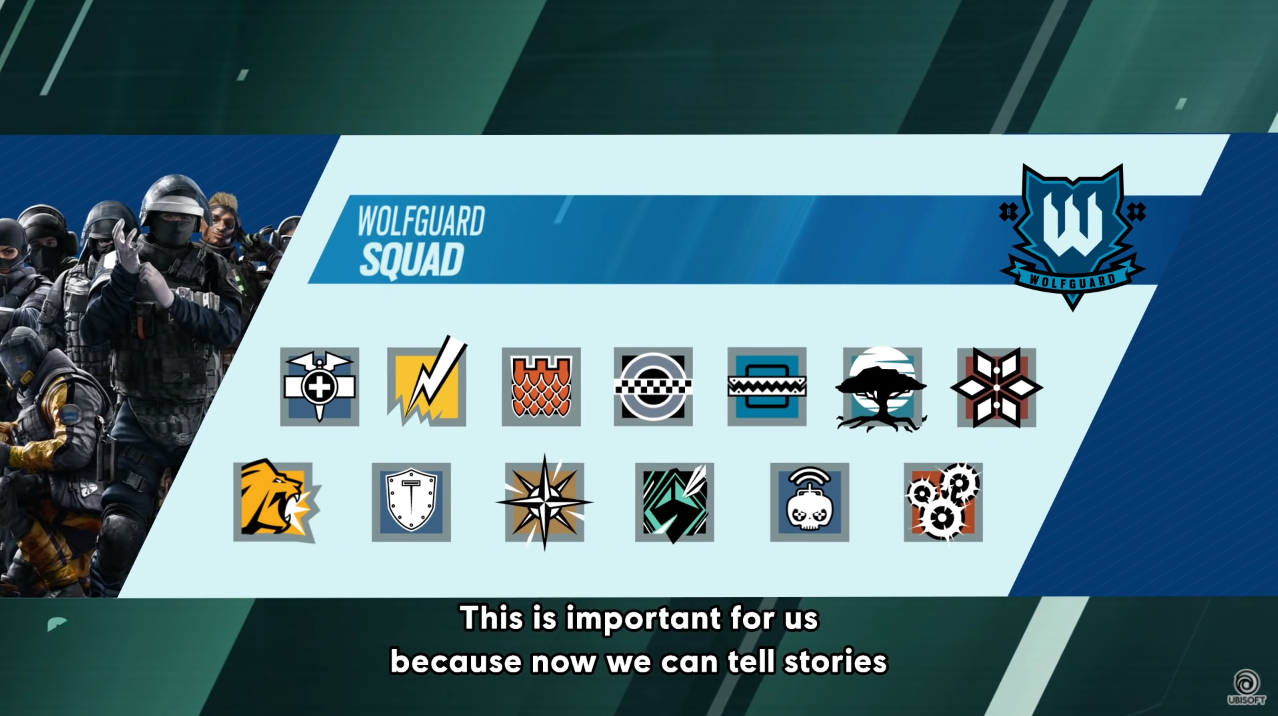 What does Team Wolfguard mean for Rainbow Six Siege?

"This doesn't affect gameplay, but it's a new way for us to tell the stories of these operators, how they work together, and how they struggle against real life missions," according to creative director Alexander Karpazis.

So, if you were worried about a potential change in the meta or even operators being dropped from the game, you can chill. That's not going to happen anytime soon. Rainbow Six Siege has made it quite clear in recent times that they want to make a difference between the lore and the gameplay, resulting in lore-based operator abilities being lost throughout the last couple of years.

Team Wolfguard is lore, a new way to know and understand the Siege operators. You should expect more teams coming to the game in the next few months!

Back to the future: repeat matches and old rivalries coming up at the Berlin Major
More news