Recent teasers lead some in the community to think that might be a possibility.

Rainbow Six Siege has spent the last few days giving the people teasers for the upcoming season. As of now, we already know the new operation's name: Operation Vector Glare.

Just before that, Rainbow Six Siege tweeted out a one-minute long video showing various of Siege's most recognizable utilities, with Doc's stim pistol being the first to pop up.

In fact, the tweet includes a message from Doc: "To be of service is why so many of us are dedicated to what we do.”

All of that has led many people to think about the possibility of the return of Operation Health. But, is that possible?

Read more: How many people are playing Rainbow Six Siege in 2022?

What was Operation Health in Rainbow Six Siege? 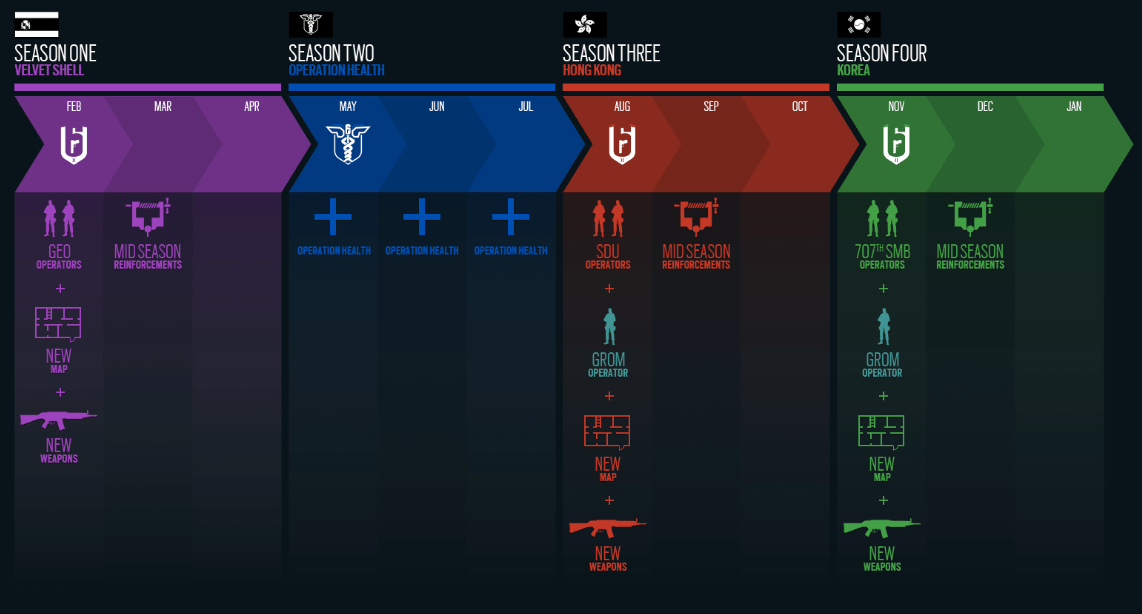 Operation Health was Ubisoft's attempt to correct a great number of major bugs in the game. As the name itself indicates, the operation's objective was to improve the game's health.

Operation Health fixes included Matchmaking issues, and an improvement in the game's servers, among many other improvements. It was a very exciting time for everyone. But at the same time, a great part of the community hated the fact that Operation Health didn't bring new content.

Compared to the previous and upcoming operations, Operation Health wouldn't see any new operators, maps, or weapons being added to the game.

So, in a few words: the aim of Operation Health was to perfect what the game already had, instead of adding new content. To give what the players wanted (new operators and guns), Ubisoft launched three operators instead of two in the upcoming two seasons, which meant eight new operators had joined Team Rainbow by the end of Year 2 — which was the initial objective.

We highly doubt it.

Operation Health didn't include new operators, but the upcoming operation does. This is a big factor to consider, as we can't expect Ubisoft to bring us new content while also perfecting the game to the size Operation Health did.

Secondly, there was no mention of a possible Operation Health in this year's Roadmap. Not a single obvious reference. With all seasons for this year including a very rich amount of content, including new maps, new operators, and even new game modes, we must be honest with you: don't bring your hopes up.

However, never say never. Don't close the door to it. It might not be now, but it could definitely happen in the future. Rainbow Six Siege is far from being a perfect game, so Operation Health could be a reality soon. It's not time just yet.