The Rengoku Event is here!

It is finally here! Rainbow Six Siege has finally released the Rengoku Event, a limited-time game mode where players can go wild throwing kunais and killing opponents only with shotguns.

For the next 21 days, the Rengoku Event will be in Rainbow Six Siege — so don't miss out on the chance of playing this special game mode, which takes place in a remodeled version of the Skyscraper map!

New cosmetics have been released in the in-game store with the launch of the Rengoku Event. Let's have a look at them!

Read more: How to get Rengoku Event packs in Rainbow Six Siege

All these special bundles include the following items: We kick things off with Bandit's bundle. It has many lightning details, which are perfect for Bandit, an operator known for electrifying reinforced walls with his deployable batteries. 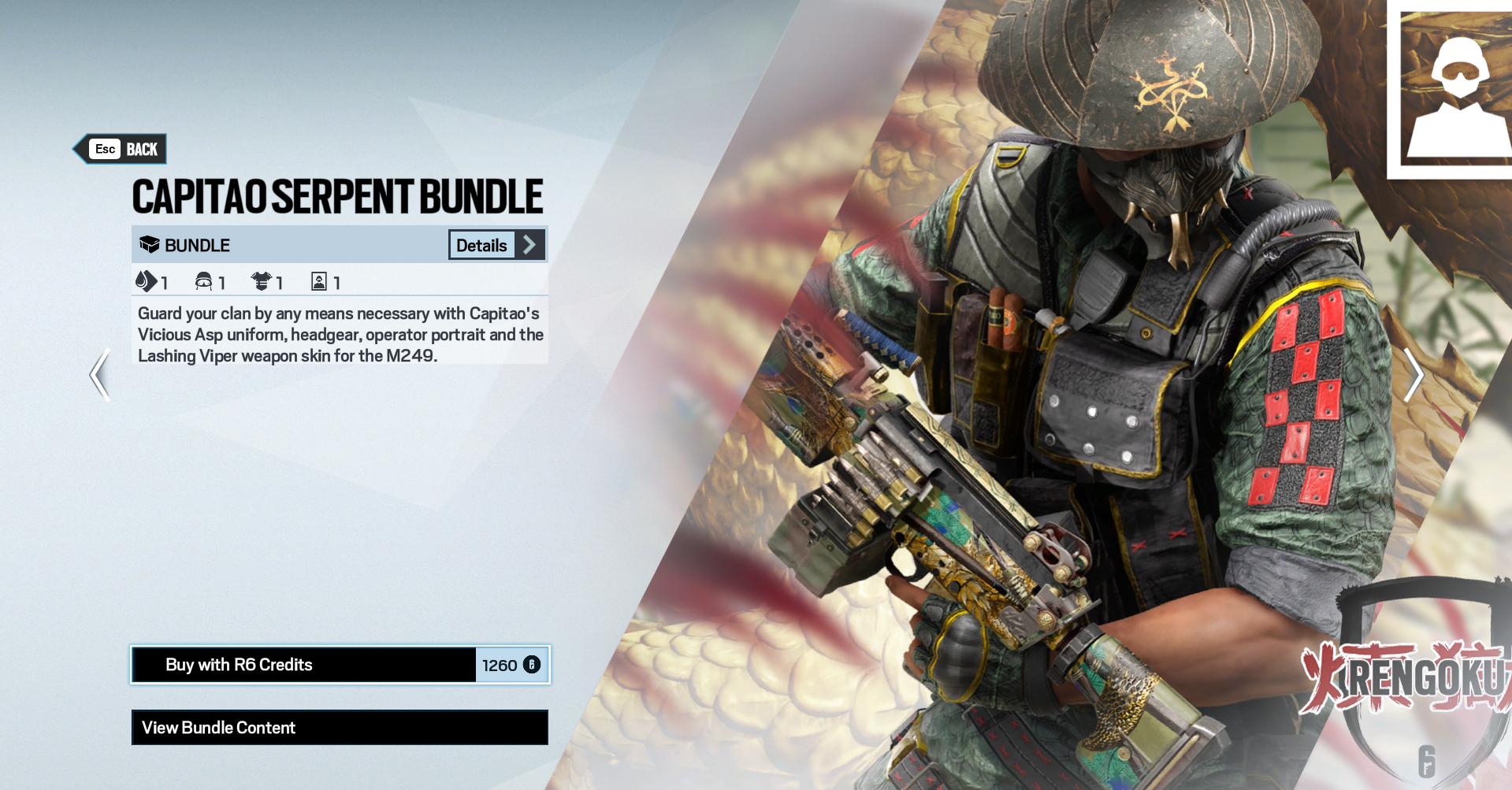 In the current LMG meta, it is important to have cool skins for these. Capitão's Serpent Bundle gives you a weapon skin for his M249, one of the strongest weapons in the game right now. 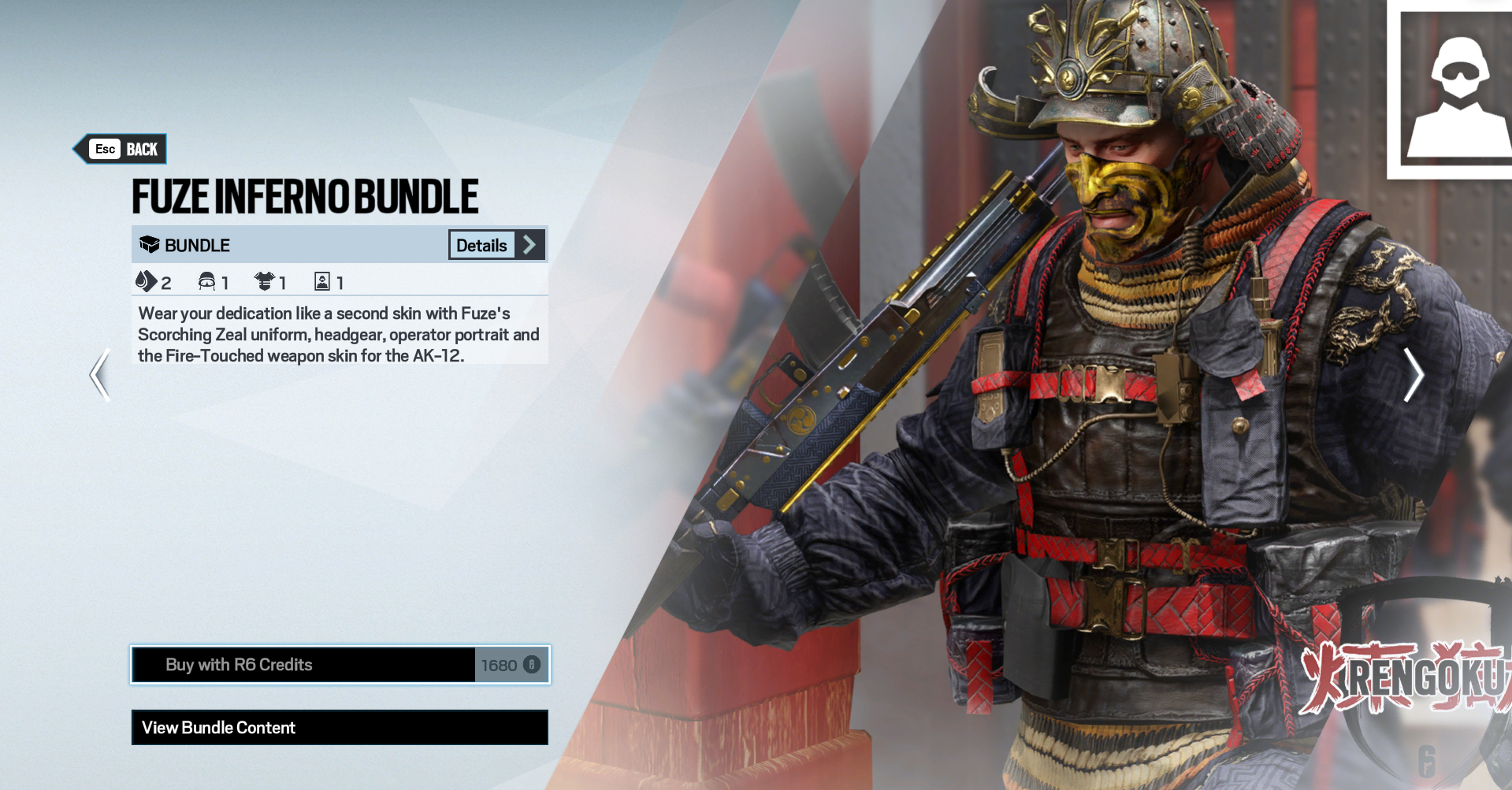 The two next names on the list are Spetsnaz operators. Fuze's uniform is full of details, making it one of the best in the collection. 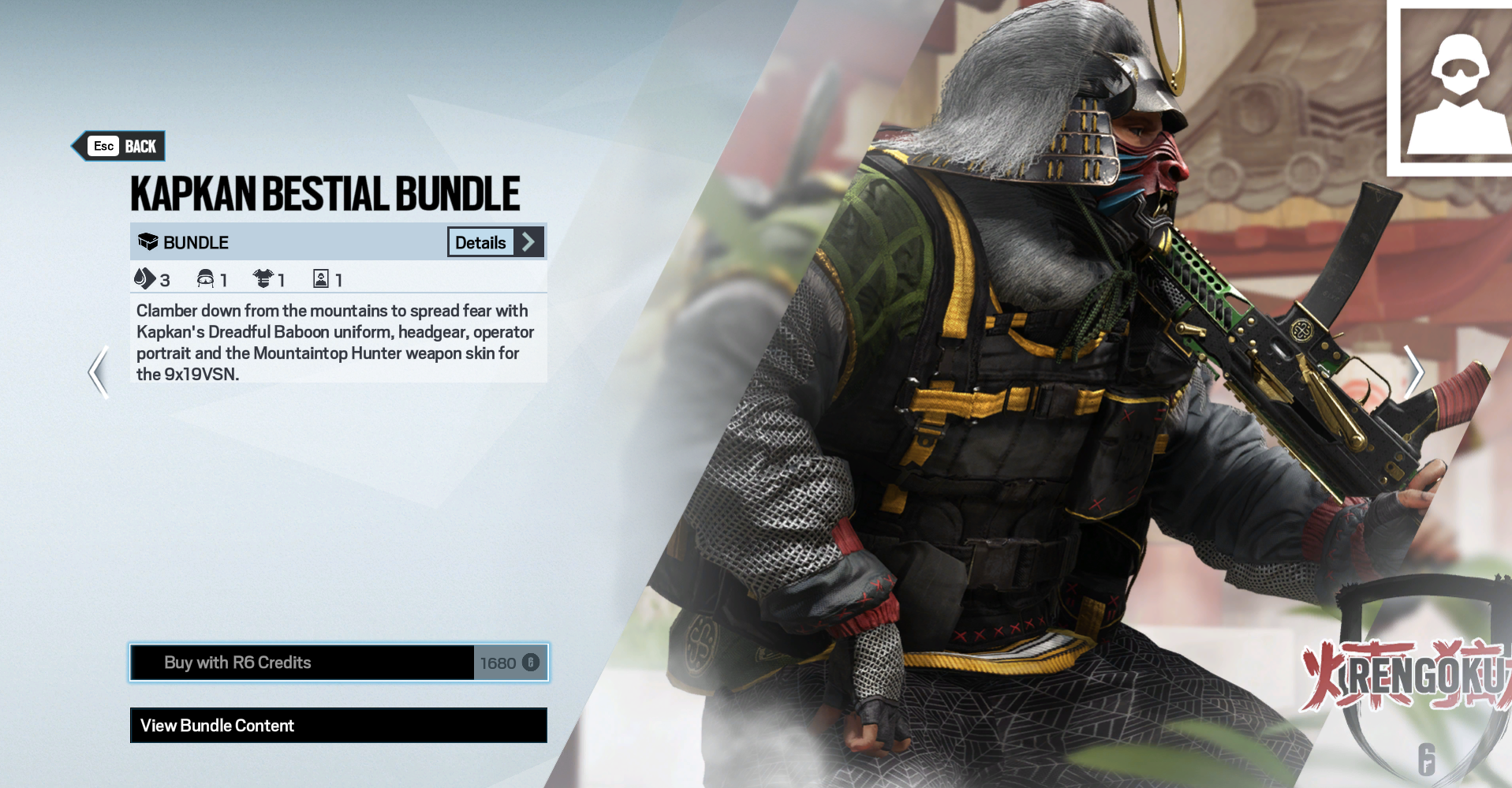 Kapkan's set is also full of details. However, this bundle's main pro is that the bundle's skin for the 9x19VSN can be equipped in other operators other than Kapkan, as Azami and Tachanka also have access to it. Time to rock Maestro's ALDA 5.56 again! This Rengoku bundle includes many new items for Maestro, one of the best anchors in Rainbow Six Siege. 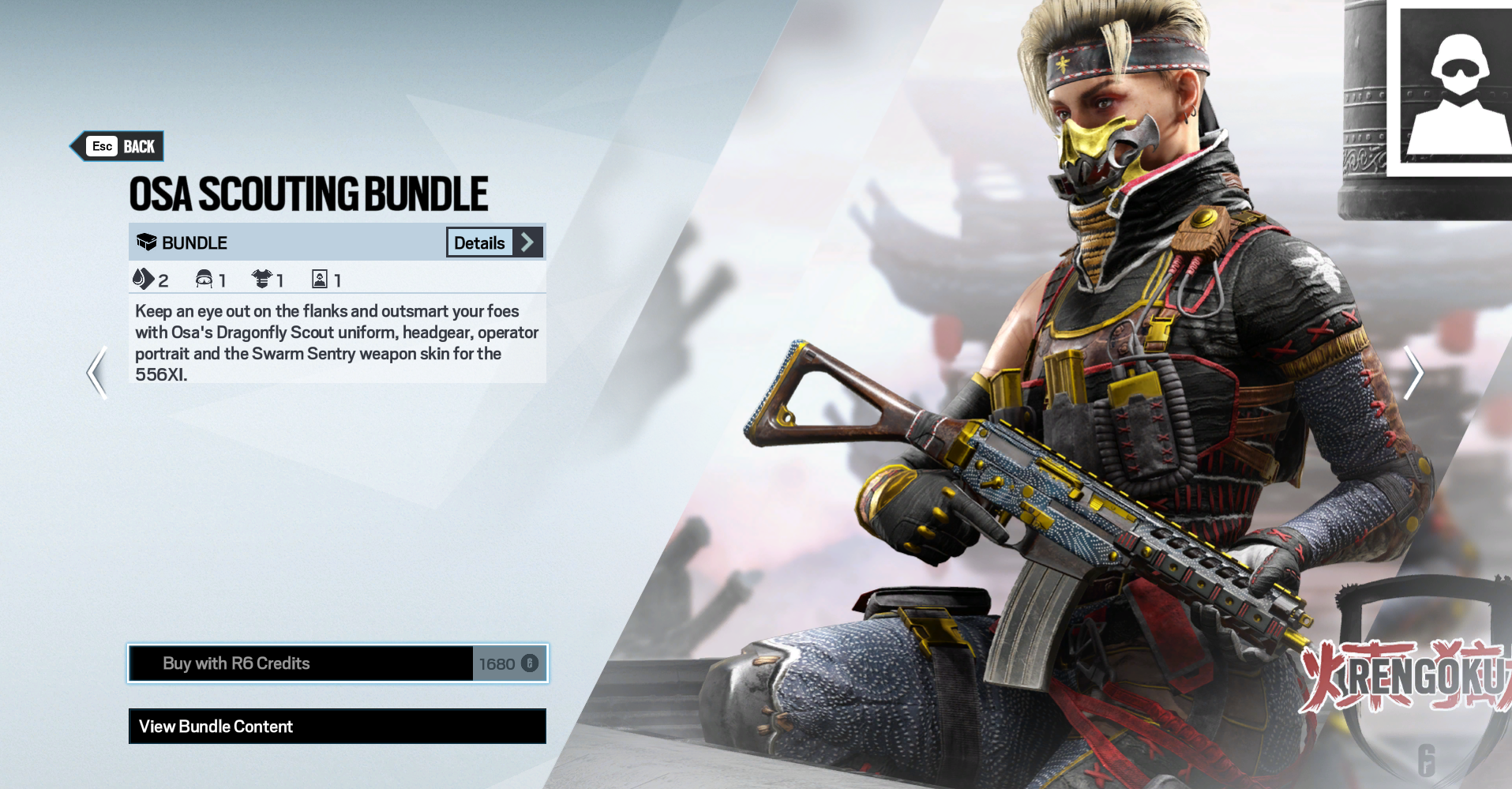 Osa is getting a new time-limited bundle, after featuring in the Snow Brawl event. Considering that she has been in the game for just a few months, it's great to see her getting new bundles! This is possibly one of the best on the list. His headgear is impeccable, and the uniform looks great too. Sadly, Rook's weapon skin is for the P90 — which isn't picked that often compared to his MP5. This is my personal favorite. Twitch's bundle includes a very clean design for her F2 — yes, another one. If you already have Rogue's skin, you will have to decide. Okay Ubisoft, we get it. Zofia is your favorite child. The Polish operator gets yet another bundle two months after getting a special Ikumi Nakamura bundle. We won't complain though, the LMG skin looks fire!

How much do Rengoku Event bundles cost?

This means that you will have to purchase the full bundle in case you want to have one of the skins available in the collection.

What are the best Rengoku Event skins and cosmetics?

We have chosen our five favorite cosmetics included in the Rengoku Event bundles.