Want to change the look of your Siege operator pool? This might be your answer.

With the introduction of Operation High Calibre, many features have been added to Rainbow Six Siege.

Operation after operation, the visuals of the game continue to change. The newest patch includes operator card background colors. This is something that players have wanted for a while now, making it an exciting addition to game customization.

Although it is very easy, it might take some time to change every operator’s card background colors.

In order to change it, you must follow the next steps: 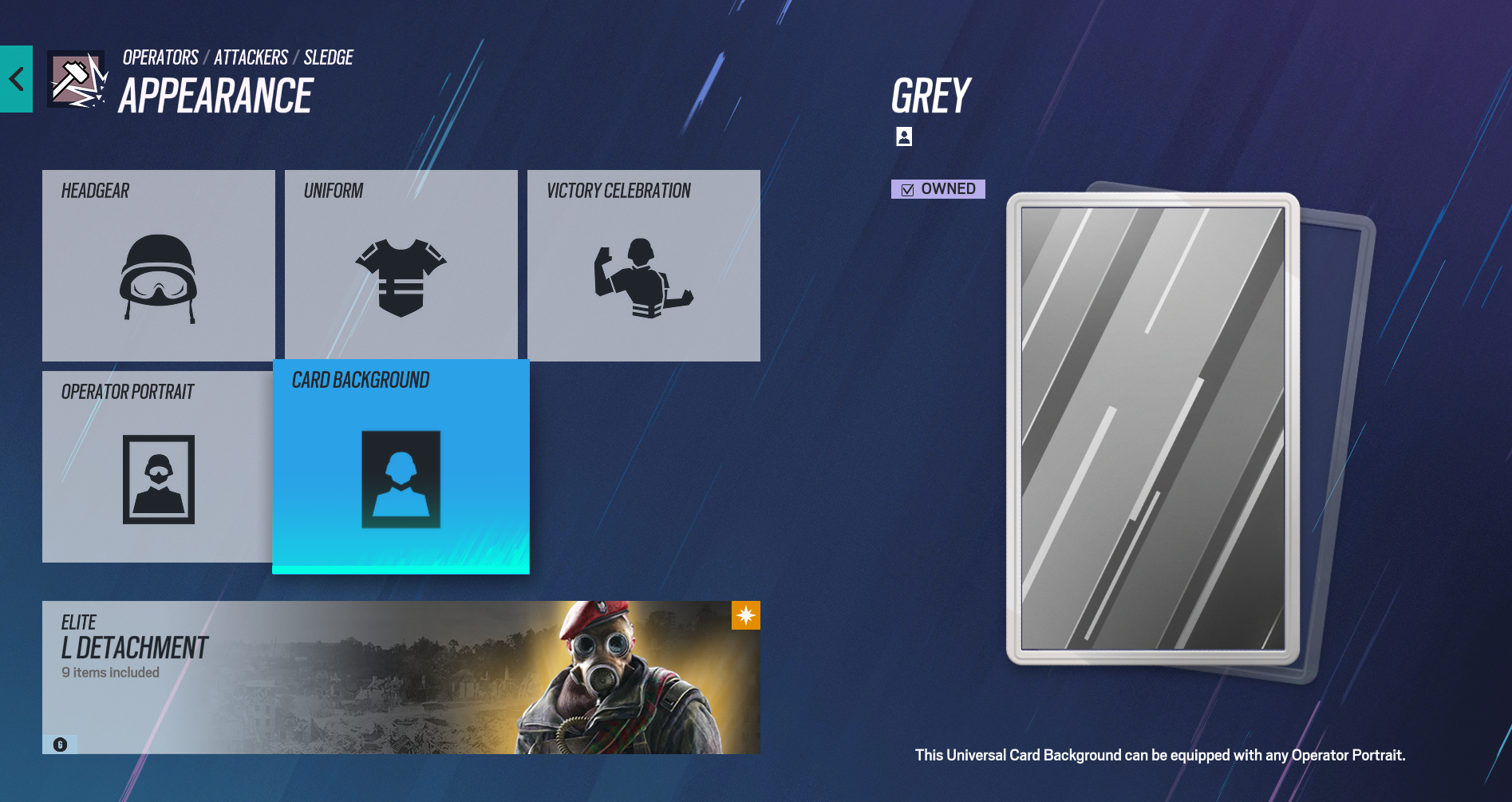 Once you are there, you will be able to select between three colors, RED, BLUE, and the standard GREY. You can also choose GOLD, but that option will only be available if you have first purchased that operator’s elite skin.

Many Rainbow Six Esports players have already started messing around with the newest feature in the game. The French superstar Stéphane “Shaiiko” Lebleu has combined the colors in order to make his own French flag.

Other esports players have taken the chance to show off their operator pools. The Brazilian player Lucca “MKing” Cosser, who currently plays in Mexico for Atheris Esports, used this tool to show his followers the number of elite skins he owns.

Will more colors be available in R6 in the future?

Right now, it is still unclear if, in the future, users will have the option to use different colors. Having four colors available is a great start though! Time to use your imagination to create the coolest operator pool in the game.

Here are some ideas to update upgrade the look of your operator page:

Overall, this looks like a very cool change to the operator’s page. It is a nice way to customize it to make it look more like you. Because, at the end of the day, it is not only a community game, but it is also your game.