How to use the Bandit trick in Rainbow Six Siege

Bandit tricking in Rainbow Six Siege can win you a round.

Rainbow Six Siege is a very complicated game as every detail counts. Operators have their own tasks, with hard breachers being priceless in any attacking lineup. Nevertheless, there are many counters to them — one being the famous Bandit tricking.

Here's how to Bandit trick in your ranked games, and how to counter it.

What is Bandit tricking in Rainbow Six Siege?

Bandit tricking is the name given to the action of placing a Bandit Battery while the opponents' hard breacher is placing its gadget on a wall. Defenders usually Bandit trick on Bomb Sites such as Clubhouse's CCTV / Cash or Chalet's Wine Cellar / Snowmobile Garage, which are sites with a wall that leads to the exterior.

Players use Bandit tricking to counter attacking operators such as Thatcher, Twitch, or Kali. Placing the batteries and leaving gives the attackers the chance to sneak in a Twitch drone or deactivate the batteries from the outside using Thatcher's and Kali's gadgets.

By using Bandit tricking, players place the batteries at the exact moment to destroy the attacking hard breaching device — and don't give any chance to attacking supports to deactivate Bandit's batteries.

How to Bandit trick in Rainbow Six Siege

The name "Bandit tricking" comes from the German Rainbow Six Siege operator Bandit. He is a three-speed, one-health operator who can deploy up to four batteries to electrify walls, hatches, or even barbed wire.

Since we are focusing on Bandit tricking walls, we are going to exclusively use them for this task. 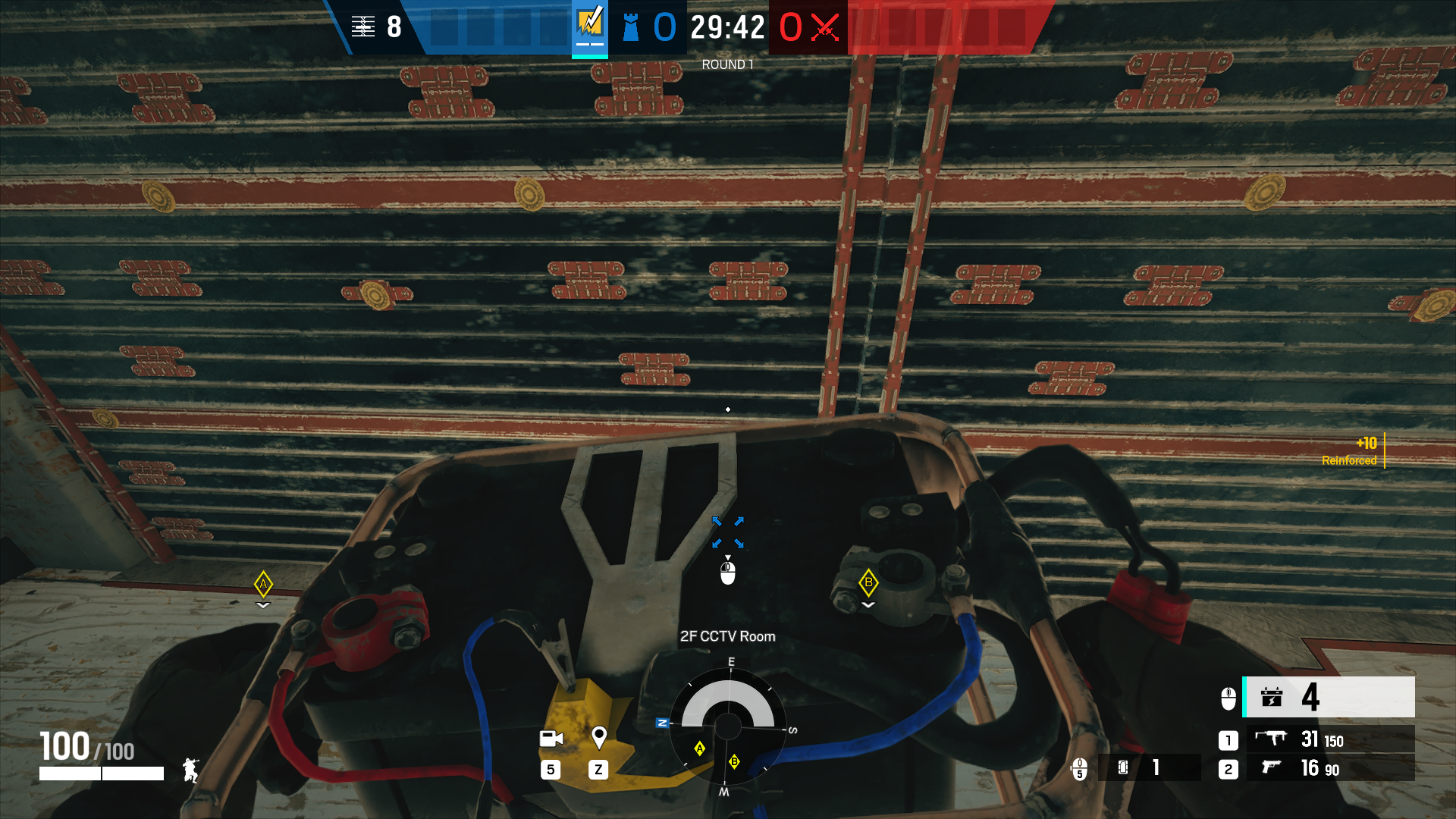 However, Bandit tricking isn't that easy — there are a couple of downsides.

First, your team "loses" a member. Bandit has to focus exclusively on the set of walls, meaning he can't be aiming or watching cameras. Other defenders must protect Bandit from windows or angles that attackers may use to kill him. Remember, Bandit is focusing on the walls, which leaves him pretty vulnerable.

Secondly, if you are playing as Bandit, you must pay attention to the game's sound. As you must protect two walls, attackers have a 50% chance to get the wall you are not electrifying. You must listen to the sounds carefully to have a better shot at getting the right wall. To increase your chances, you can melee the walls a couple of times before reinforcing them — the sound will be clearer.

How to counter Bandit tricking in Rainbow Six Siege?

Bandit tricking is a powerful move and a round changer if you destroy the hard breaching devices in the opposition team.

However, Bandit tricking loses importance as you climb the ranked system — and that's because there are many counters to it, which are mainly used in high ranks. 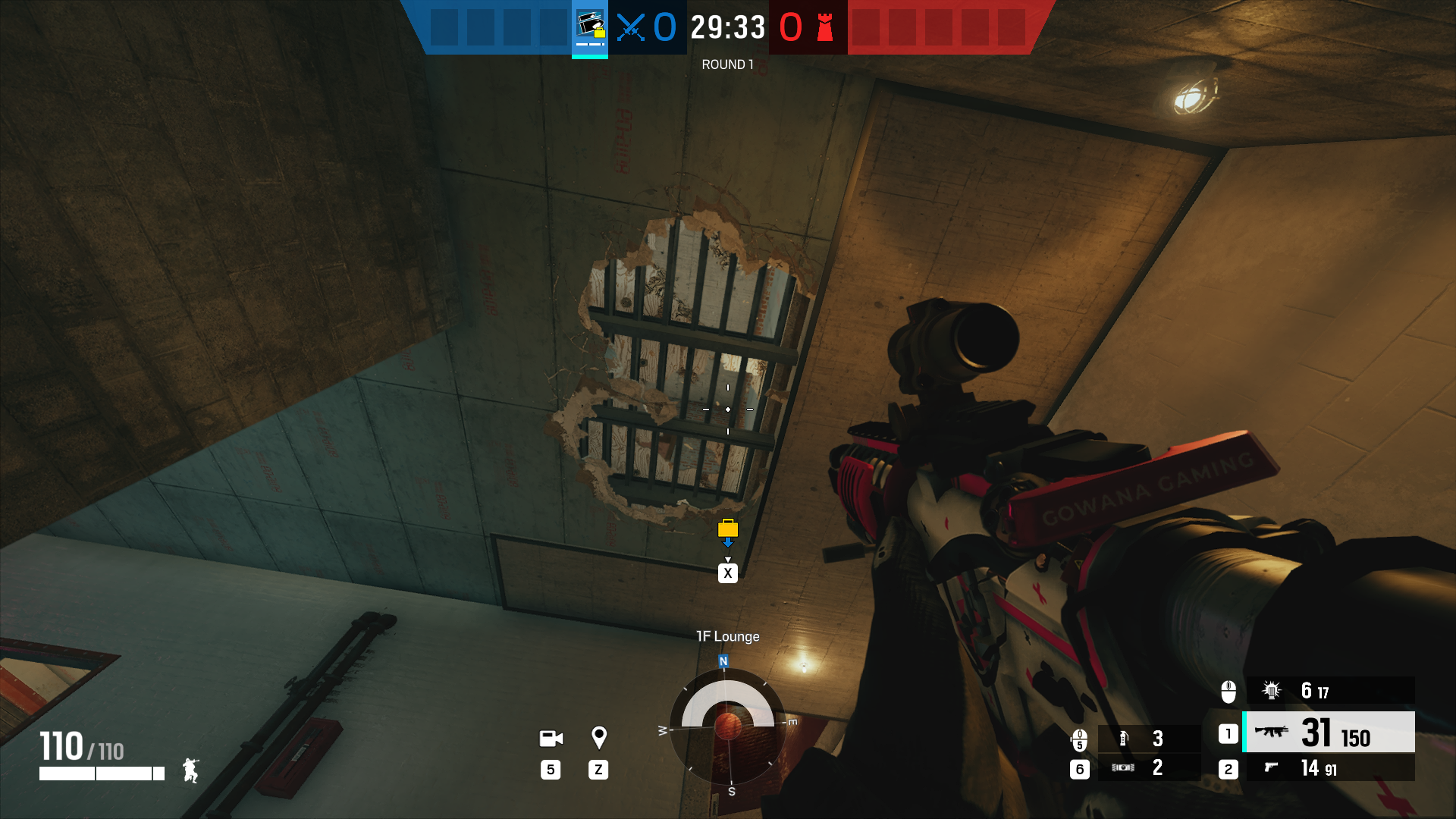 Vertical plays are the most used counters to Bandit Tricking. In this spot, you must pay attention to the stairs as a Smoke or a Lesion is usually there — behind a Bullet Proof shield.

You can also use the Maverick trick, which is when you create two horizontal lines in the same reinforcement to make a reinforced wall turn into a soft wall. Once you do that, you can ask a soft breacher like Buck to open the wall for you.

There are many other counters depending on the site you are trying to take. It is up to you to spend some time and discover all of them!

What can I do if Bandit is banned?

If Bandit is banned, well, forget about Bandit tricking. However, you can use Kaid or Mute instead. Although you can't trick with Mute Jammers, a well-timed Kaid Electroclaw can do the same damage as a Bandit battery.

Depending on the site, you can also rely on Impact tricking — which consists in throwing impact grenades to destroy the hard breaching devices. However, that's more complicated in walls that lead to the outside.