Coupe de France 2018: Everything You Need to Know

The Coupe de France 2018 is the second annual tournament of it’s kind to crown the best team in France.

The Coupe de France has already seen 3 qualifier events determine which 8 teams will be participating at the LAN Finals over this weekend at Dock Haussmann in northern Paris. Here they play for a slice of the €20,000 prize pool, a spot at the Paris Major in August and the title as French Champions.

The favourites coming into the tournament will be Millenium after they recently won the DreamHack Austin Tournament, defeating top NA teams such as Evil Geniuses and Rogue in the process, as well as reaching the Pro League Season 7 Semi-Finals last month in Atlantic City. The Millenium roster consists of Liven, Renshiro, Joghurtzz, Hicks, risze, Crapelle (their coach) and Sparxo (their analyst) who will be going into the tournament hoping to claim another LAN victory for their organisation. This will also serve as a title defence for risze who, last year, won the tournament while in Team Vitality meaning, should Millenium win the title this year, the only two-time winner of the French Cup will be Belgian.

Another team that will be hoping to take the title will be Team Vitality with the roster of Zephir, Biboo, RaFaLe, Spark, Brid and Lyloun (their analyst). The org won the Coupe de France last year with an entirely different roster, however, will hope their new team can retain the trophy after a strong recent run of form. The roster managed to reach the playoffs of DreamHack Austin defeating the fellow Pro League teams of mousesports and beastcoast (now known as Cloud9) before falling to the eventual runners-up, Evil Geniuses. Prior to this, the team managed to twice beat their local rivals of Millenium in the Gamer’s Assembly tournament in April showing they have what it takes to be the top team in France.

Another Pro League team hoping to show their might is Mock-It Esports with the roster of Panix, Enemy, RevaN, Voy, Alive and Gimlii (their manager). The core of this team won the Coupe de France last year while under the organisation of Team Vitality however has since had a series of disappointing results. The team managed a joint 5th place finish during EU Pro League Season 7 after defeating just Team Oplon and followed this up by a DreamHack Austin campaign which saw them fail to get out of the group stages. Their luck, however, may be beginning to turn as this week they announced that they had dropped Snky and brought on Supremacy’s team captain Alive; this is a huge pickup for the team which they will hope will elevate them back to previous successes.

On the other side of this roster change is Supremacy who will be hoping to progress far into the Cup despite two last minute roster changes. The current roster of AnThraX, KSiiX, DjuZ, KRiiSKO, Alphama and Tactiss (their sub/coach) only began practising on Tuesday as the departure of Alive to Mock-It and the benching of Tactiss due to work constraints meant they had to unexpectedly bring Alphama and Kriisko onto the team. This is obviously a huge blow for Supremacy with Tactiss saying this made the Coupe De France and Pro League  “way harder” as they have to teach the new players “all the points, naming, meta, strats etc”. You can read our more detailed interview with Tactiss from 3 weeks ago about the lead up to Pro League and the Coupe de France here.

Contrasted against these established Pro League teams, a team made up of relatively unknown players also qualified for the Cup and were then picked up by the organisation EnerGiz eSport 3 days before the event began. The roster consisting of MomoF, NoerA, Kopp, Kravis and AvenQo qualified via the second open qualifier two weeks ago in which they defeated the recent DreamHack Austin Champions of Millenium to earn the top seed. We, therefore, spoke with the team captain, MomoF, to talk about their shock performance and what we can expect from them next:

Can you tell us a bit about your team, for instance how the players came together?

AvenQo and I were teammates in Requiem with french YouTuber Whiteshark67. Concerning NoerA, Kopp and Kravis, we met during competitions and we already knew each other.

Your team defeated Millenium to qualify for this tournament, how did you succeed in doing this when teams such as Evil Geniuses and FaZe Clan failed to beat them?

During our match against Millenium we were losing 5/1 on the first map and 4/1 on the second map because we were impressed by them and we were feeling pressure. We managed to come back on the second map (Coastline 6/4) and we won last map Chalet 6/5.

Why did we win against Millenium when Evil Geniuses and FaZe Clan failed to beat them? The reason is simple: we are a young team, and Millenium’s greatest strength is counter-strategies. Our team has no VOD so they couldn't counter-strat us.

Who do you think will win this tournament?

I think Vitality is the team with the biggest chance to win but we will do our best to make it to the top.

And finally, will we be seeing your team in any future competitions?

Yes we will try to qualify for different competitions such as the Major qualifier, Challenger League qualifiers and CSS

Also qualified is the recently entered org of DeathroW with the roster of jahk, Spoken, aPPROX, Aherys, rxwd and Draz (their coach). Previously known as Team Oplon the team has seen a number of changes since they were demoted from Pro League at the end of Season 7 which, as well the organisation change, saw Meechy, SafHiiZ and Sparxo (their analyst) leave the team to be replaced by Aherys and rxwd. The team will now aim to show that they remain a force in the French scene despite their demotion into Challenger League by outperforming expectations at the Coupe de France.

The final two teams of Mock-It Academy and against All authority (aAa) qualified via the Rising Stars tournament that took place last April. Mock-It Academy, previously known as dizLown, is currently placed at the top of the European Cyberathletes Championship Series (CCS) table with the roster of Krunch, Mootii, Blaz, SETzz, sNKy and Benii (the coach). However, with sNKy only having joined the team in the last few days to replace Alphama, it is unlikely the team has been able to prepare much for the event which could lead to a less promising result.

Against All authority, however, despite playing in various competitions such as the Gamer’s Assembly tournament and the Helios Gaming Festival had never won an official tournament before the Rising Stars tournament. The roster of BiOs, Xkos, SangraL, Fisker and Kedos will now go into the Coupe de France with an added boost of confidence which, considering their lack of high-level experience, will be needed.

When are the Games?

The competition will kick off at 10am CEST (3am CT) on Saturday which will see the initial matches of the double-elimination playoffs happen across two streams. From here the following matchups can be seen below with the Grand Final scheduled for 5.30pm CEST (10.30am CT) on Sunday.

Where Can You Watch the Games? 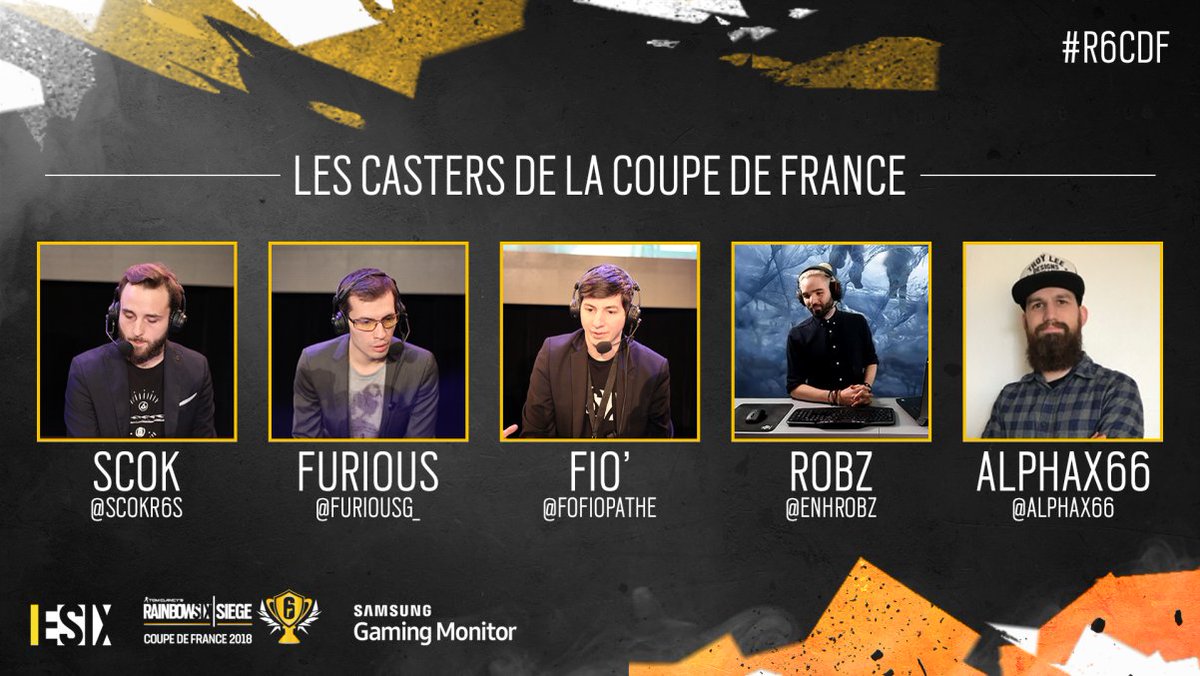 Alternatively, an English language stream will be available from the Pro League caster MiloshTheMedic on his Twitch channel. Or, if you live nearby, you could attend the event live as tickets are still available.