Millenium Picks Up Sparxo as Analyst

Sparxo previously worked as an analyst with the French team Lucky 7 and then Team Oplon in Season 7 of the Pro League. Here, his team achieved very limited success, with the squad winning just 7 rounds across the whole regular season before losing 2-0 against idk in the relegations.

The Brit now joins the majority French roster of Millenium consisting of Joghurtzz, Renshiro, Liven, Hicks, risze and Crapelle (their coach) in the run-up to Sunday’s LAN semis and finals in Atlantic City. As the only remaining French side left in the tournament, Millenium will be hoping to win in their semi-final against Team Liquid at 6PM (UTC), and be the first French side to reach the finals since Season 2. 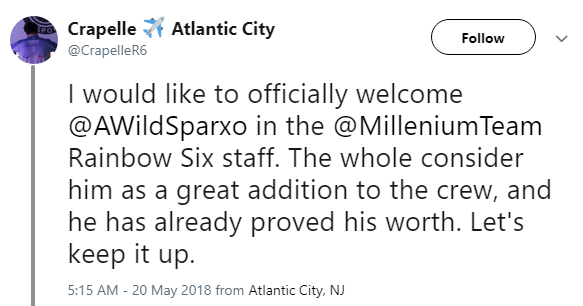