The Sweets Bundle is now available.

Think carnivals, boardwalks by the beach, block parties... With the arrival of summer, candies and ice cream get popular. Rainbow Six Siege has made its own ice cream flavor, as the Sweets Bundle is now in the game's store. 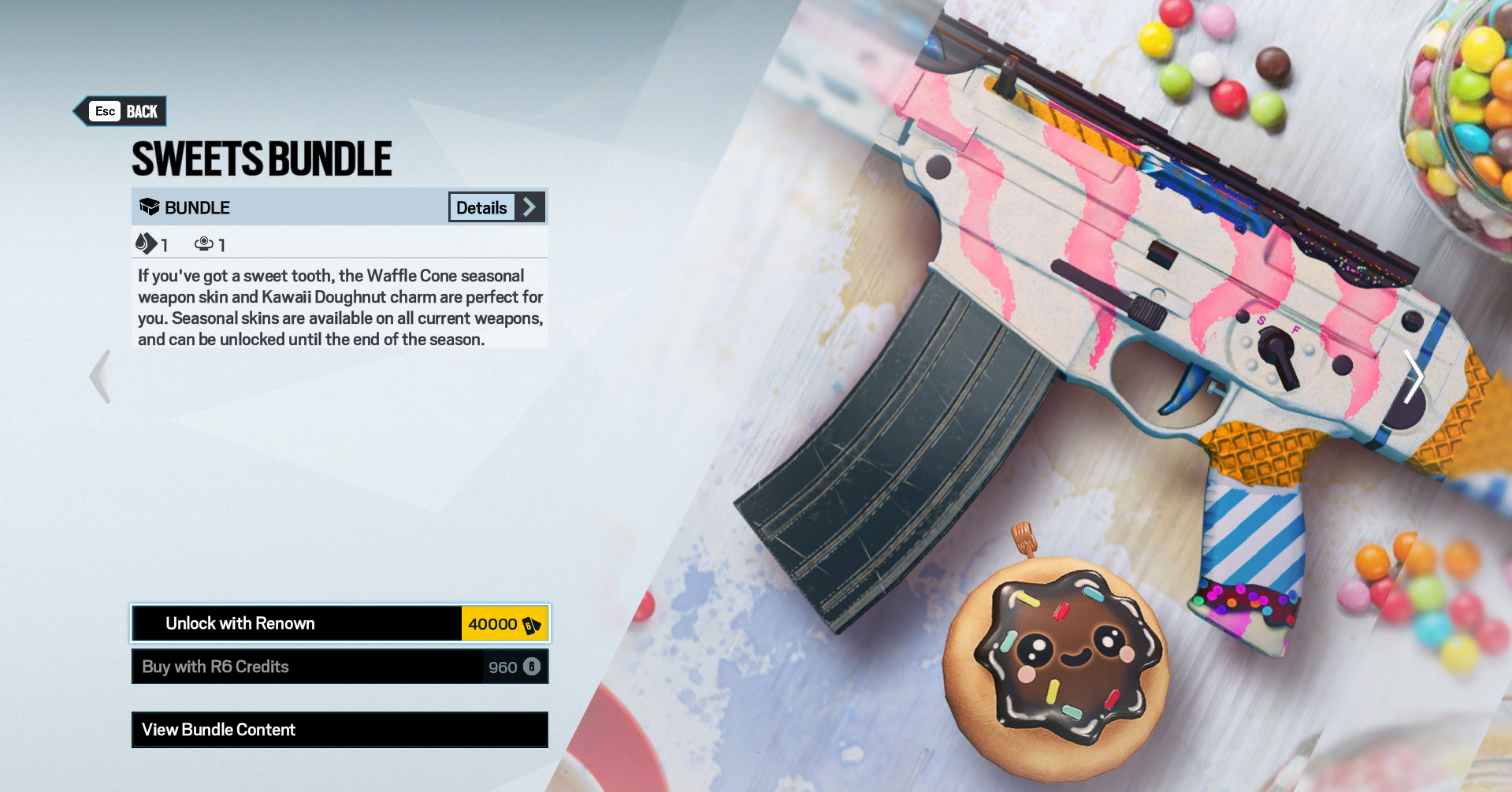 If you've got a sweet tooth, the Waffle Cone seasonal weapon skin and Kawaii Doughnut charm are perfect for you. Seasonal skins are available on all current weapons, and can be unlocked until the end of the season.

Rainbow Six Siege's Sweets Bundle is a universal bundle, which means that you can equip its gun skin to any weapon in the game. The skin is full of bright colors, and it simulates some kind of cake or ice cream.

This is not the only universal bundle available in the store. With the launch of Operation Vector Glare, Rainbow Six Siege released the seasonal bundle called Energy Refraction Bundle. It doesn't only include a charm and a weapon skin, but also an attachment skin.

You can purchase the Sweets Bundle for 40,000 Renown or for 960 R6 Credits. It is going to be in the game's store until the end of Operation Vector Glare, which will conclude in approximately a month and a half.

How to buy skins in Rainbow Six Siege 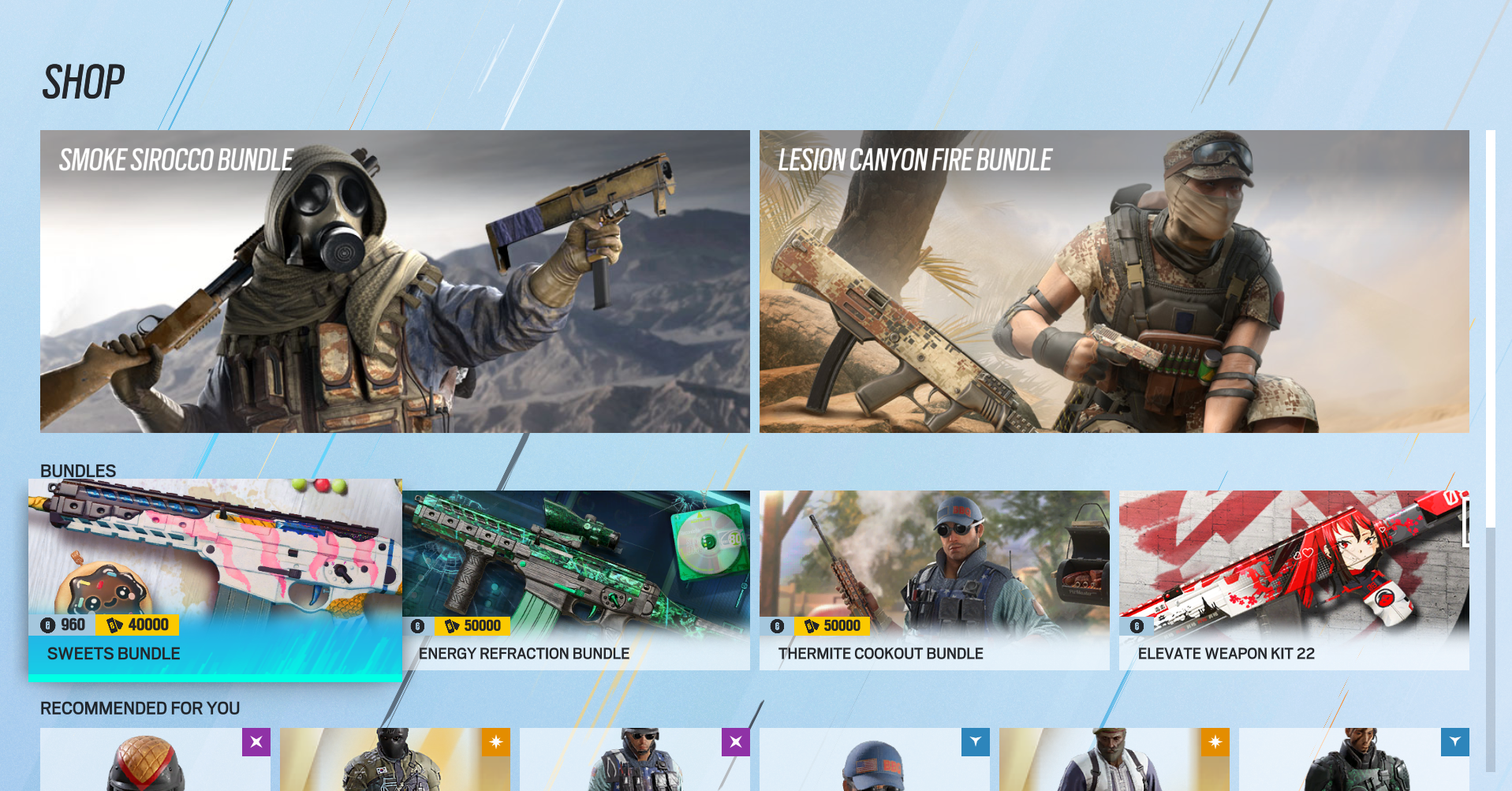 Purchasing skins in Rainbow Six Siege is easy. You just have to head to the game's store, and spend some time having a look at your options.

In case you don't know much about skins in Rainbow Six Siege, people usually love R6 Share skins. These types of skins are themed around esports teams, including some big names such as G2 Esports, Fnatic, Team Liquid, TSM, or Ninjas in Pyjamas. Keep in mind that R6 Share skins and bundles can only be purchased with R6 Credits.

If you want to spend Renown, the best thing you can do is click on the "Weapon Skins" section and see what you can afford. There are some good options in the store, it's just about finding them! You can also go big and get a bundle instead of just going for the skin.