Operation Vector Glare is finally here, which means players can now get the new seasonal skin Beryl Matrix. If your favorite color is green, then this bundle is made just for you!

What is a seasonal skin in R6 Siege? 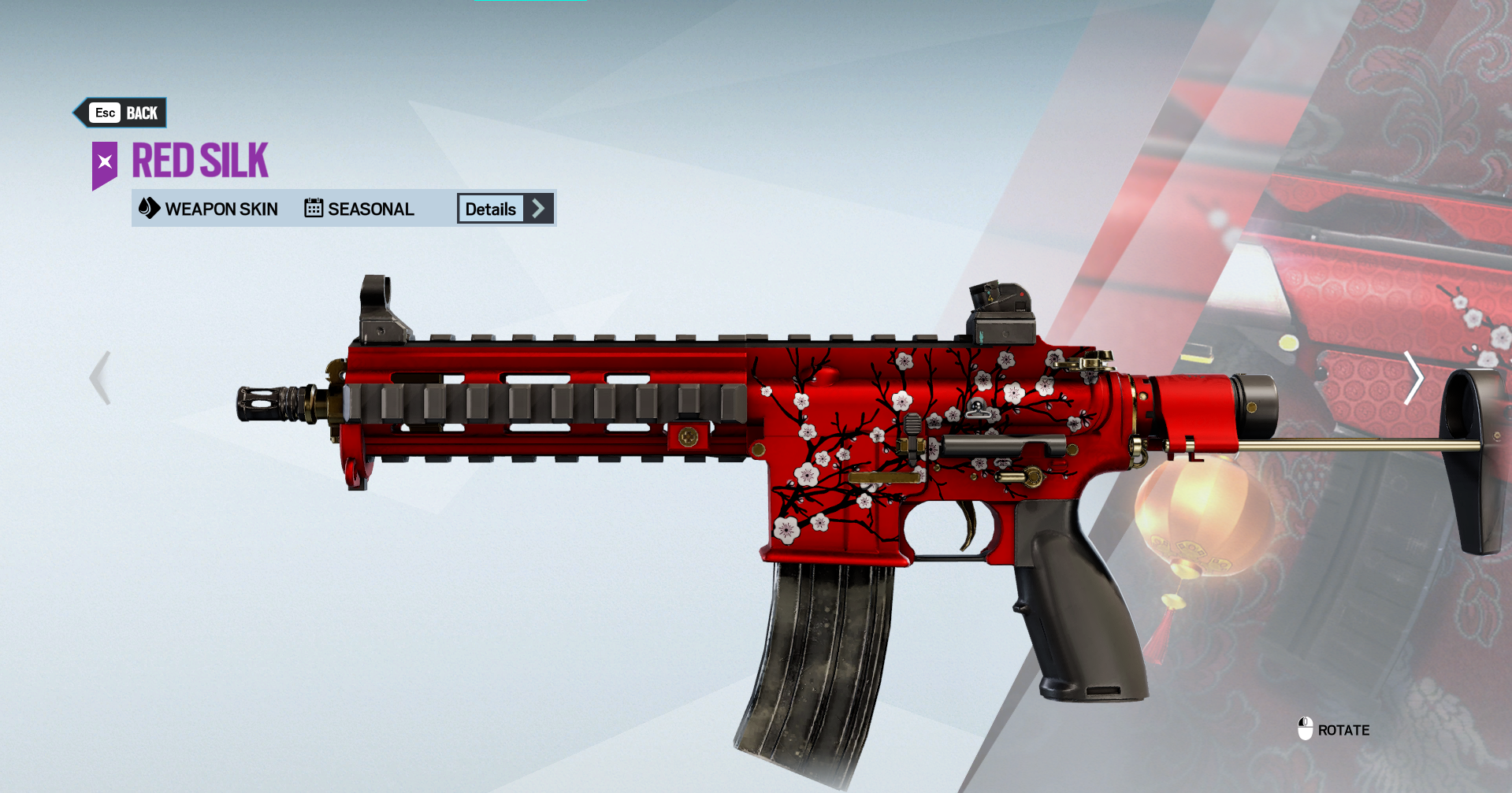 In Rainbow Six Siege, seasonal skins are cosmetics introduced to the game once a new operation drops. Seasonal skins are special compared to other items in the shop, as this kind of skin is universal — which means that you can equip them on any gun.

Operation Demon Veil saw the launch of the Covert Ending bundle, a blueish set of cosmetics that was well-welcomed by the community.

If you ask people what their favorite seasonal skin is, a big majority of them will answer you with Blood Orchid seasonal skins. Back then, there wasn't just one seasonal bundle but three. Due to their importance, Rainbow Six Siege decides to release them on the in-game shop from time to time.

Is the new seasonal skin in Rainbow Six Siege good? 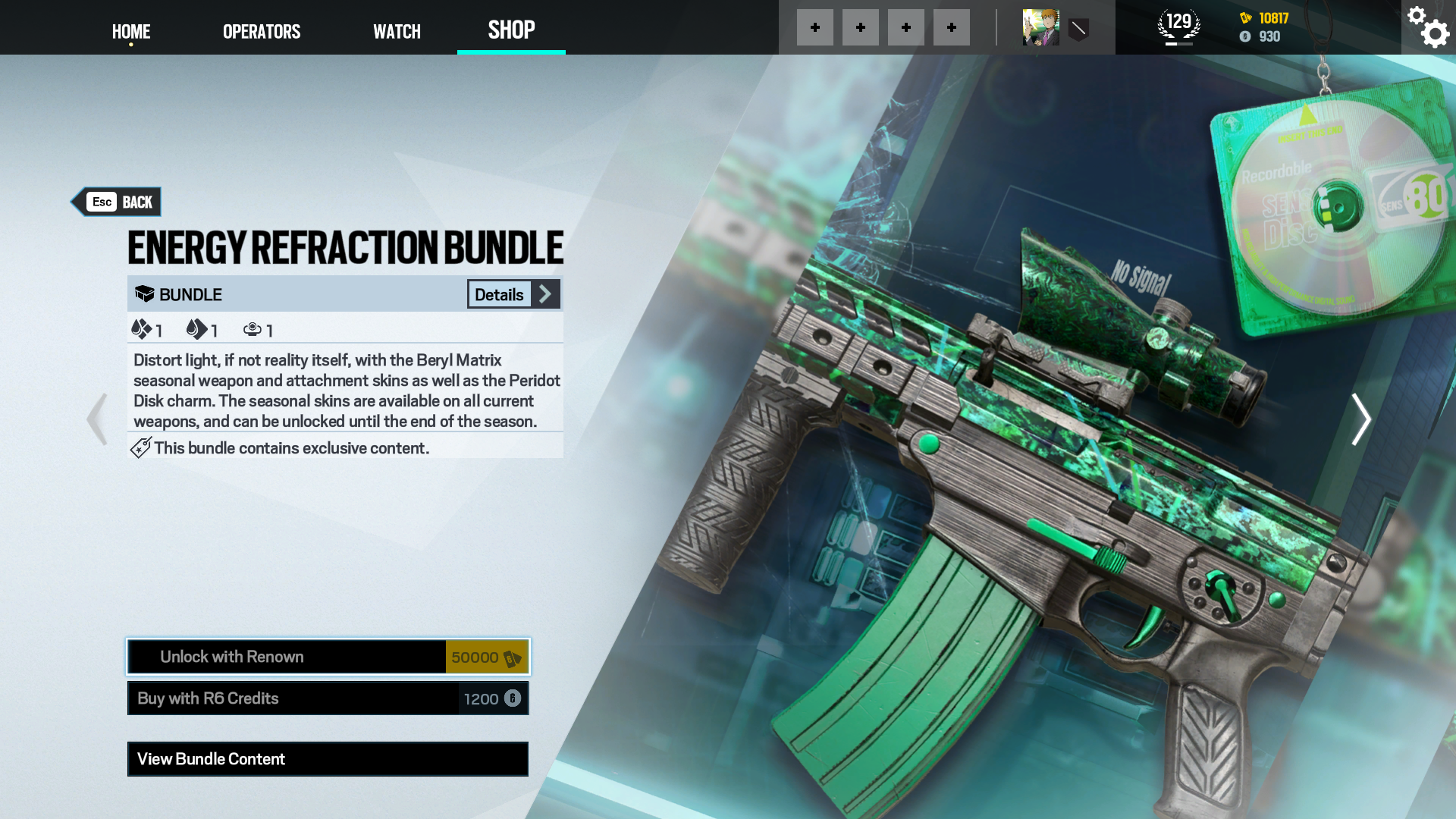 If you look up on social media, you will see two groups of people: those that dislike the bundle, and those that are pretty happy with a green gun attachment.

Compared to previous designs, this might be a bit too simple and messy. Green and grey, that's all. It's not the most appealing combination of colors. Nonetheless, the majority of players are happy with the bundles' gun attachment design, which can be combined with other gun skins in the game.

For this season, Ubisoft seems to have chosen a futuristic vibe for the cosmetics introduced in Operation Vector Glare. The Energy Refraction bundle does the job.

As always, you can get the seasonal bundle for 50,000 Renown or 1,200 R6 Credits. Keep in mind though that you can't purchase the items separately: even if you only want the gun skin, you will have to pay for the whole bundle.