If you want to electrify various walls at the same time in Rainbow Six Siege, Kaid is your man.

If you like playing as an anchor, Kaid might be one of your best allies. Electrifying walls is important in Rainbow Six Siege. He can do that and more.

Jalal El Fassi was raised on stories of the Fortress — a legendary facility that is also part of Rainbow Six Siege's map pool.

He joined the GIGR (Royal Moroccan Gendarmerie) at the age of 18, where he showed great leadership from the very first day. He started commanding different specialized squadrons, which led to his promotion to Captain. After years of service, he was chosen as the Fortress reigning Commander, which made him a worthy "Kaid."

All his great skills, including great leadership, imposing presence, and strict values, led to the Fortress's success. 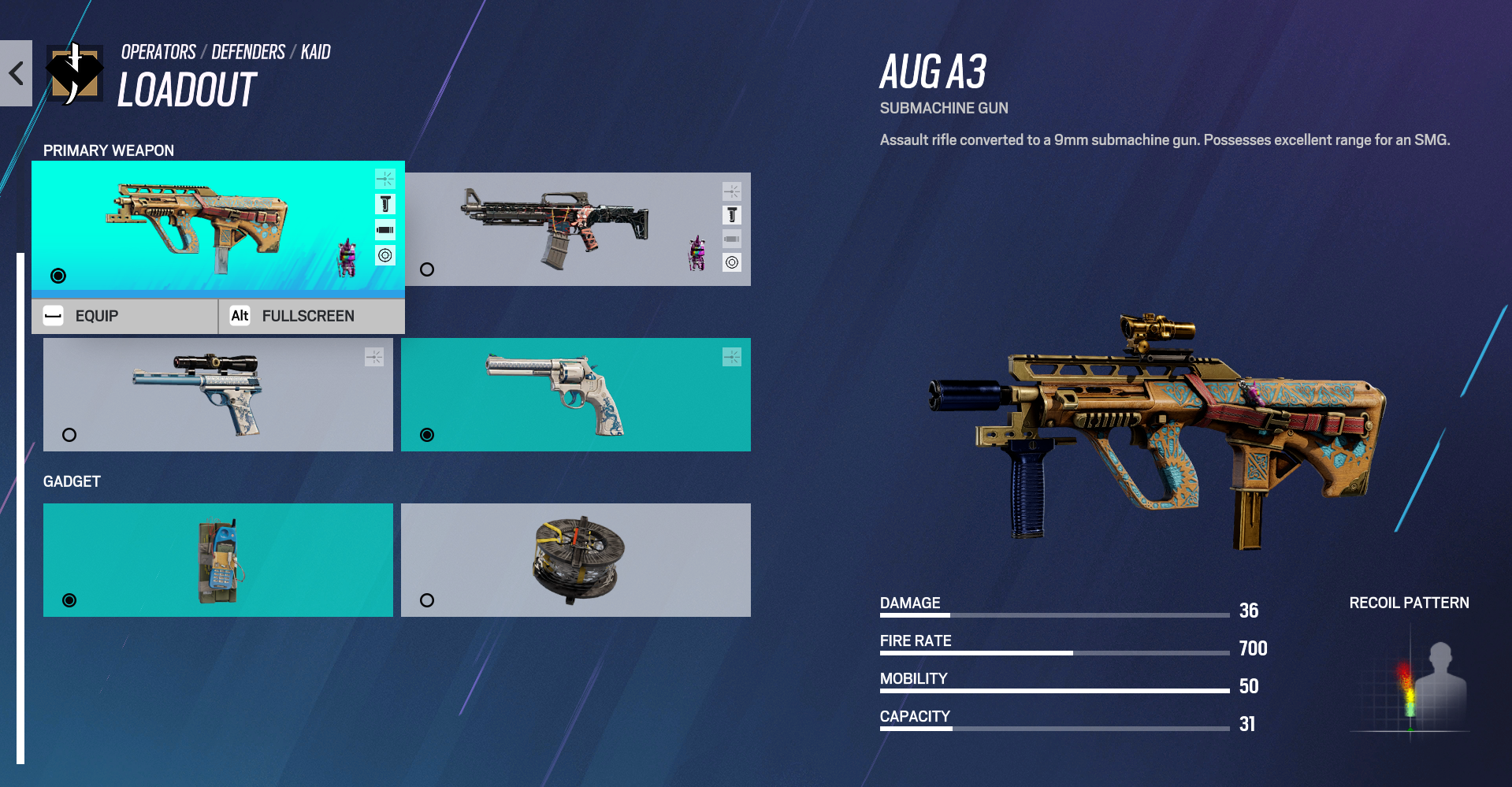 Kaid doesn't shine for his weapon kit. His TCSG12 has been nerfed multiple times, while the AUG A3 has never been a very meta gun. However, both weapons have access to magnifying scopes, as the TCSG12 can be equipped with an x2.5 scope, while an x1.5 can be attached to the AUG A3.

Instead, Kaid's importance comes in the form of his gadget and his unique utility — the RTILA Electroclaw.

Kaid is a very defined anchor as he is a one-speed, three-health operator. His utility is also perfect for any anchor in the game since he has access to a C4, which can be decisive at the end of a round.

Kaid is mainly used to prevent attackers from opening key walls or hatches, another reason to play him around the site. However, some people like to play Kaid as a flex, wasting attackers as much time as possible.

How to use Kaid's gadget

Kaid's gadget is very easy to deploy: you just have to throw it to the wall you want to electrify. As simple as that. However, there's a trick. There's always a trick in Siege, right?

Kaid's Electroclaws are very easy to destroy as these aren't bulletproof. If that wasn't enough, many operators like Twitch, Thatcher, Flores, or Zero can destroy any Electroclaw from distance. Even fragmentation grenades are an option.

In order to make the attackers' job more difficult, you have two options. Firstly, hiding the Electroclaw in a spot where attackers will struggle to find it. If that doesn't convince you, you can try your luck and throw the Electroclaw just when the attacker deploys the hard breaching charge on the reinforced wall or hatch. If the timing is correct, you will destroy the charge.

Kaid's most obvious counters are Thatcher's and Kali's abilities. However, with Thatcher being banned in most of the Ranked matches, and with Kali having a marksman rifle as her only primary weapon, players usually go for other alternatives.

In their place, Twitch's and Zero's gadgets can be used to destroy any Kaid Electroclaw from a safe distance.

Another way to destroy Kaid's Electroclaws is with fragmentation grenades, or with soft destruction — a projectile from below or a shotgun can do the trick.

If all of that sounds a bit too complicated, keep in mind that Electroclaws aren't bulletproof. If you spot one and you can shoot at it, just do it.

These are some of the best Rainbow Six Siege skins for Maverick. 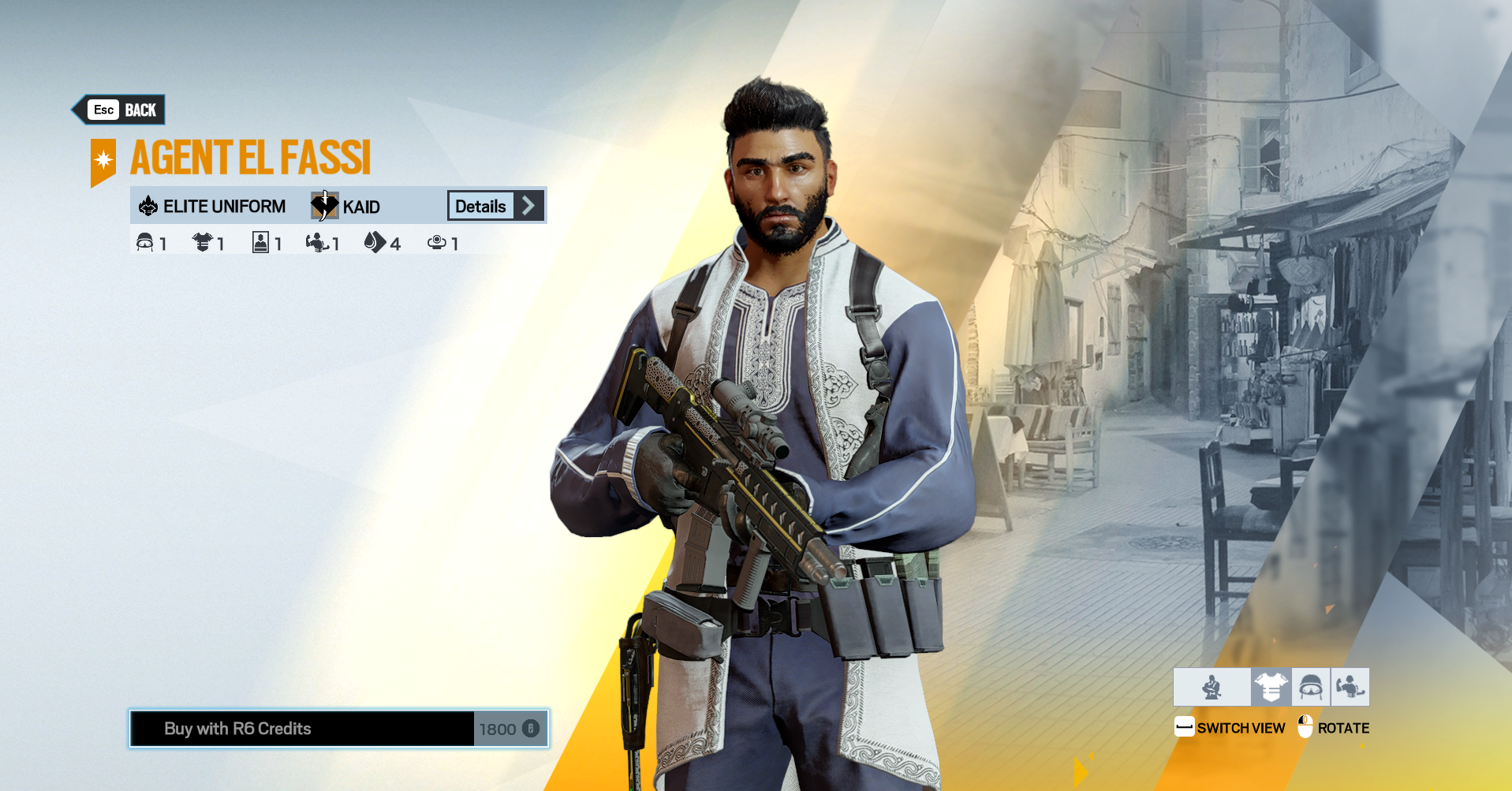 Kaid's Elite Bundle is called Agent El Fassi and shows us how Kaid looked when he was younger.  Like all the rest of Elite Bundles, Kaid's can be purchased for 1,800 R6 Credits. 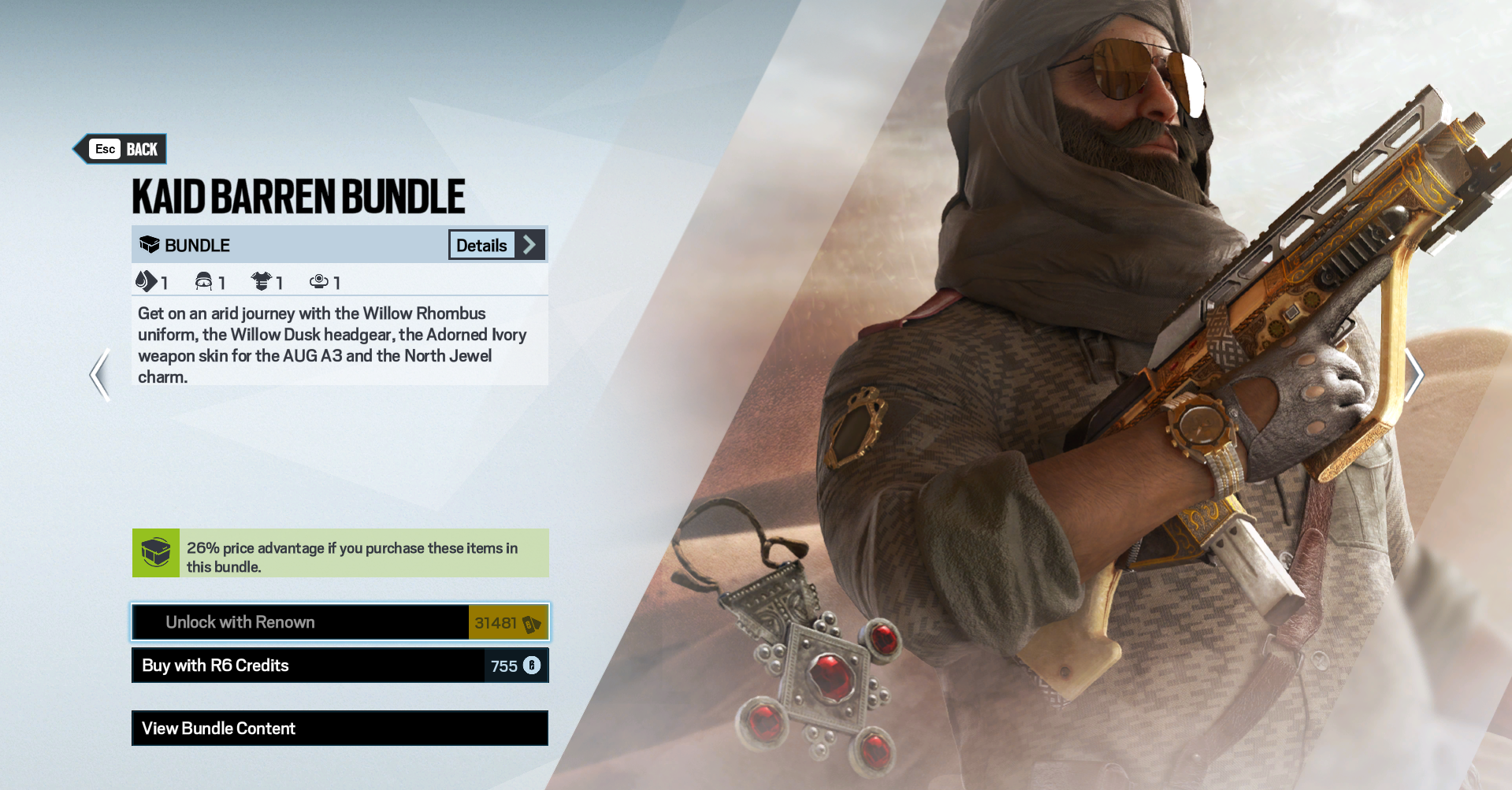 Kaid's Barren Bundle includes a skin for his AUG A3, a cosmetic for his uniform and headgear, and a charm. It can be easily found in the in-game store. Very detailed skin, the Soniqs' cosmetic for the TCSG12 is arguably one of the best skins you can find in the R6 Share program. You can purchase it for 300 R6 Credits.