Will Rainbow Six Siege be on mobile? 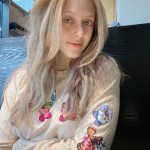 Many popular shooters have become popular on mobile, including Fortnite, Call of Duty, and now Apex Legends. Is Rainbow Six Siege going to be next?

Ubisoft recently announced that there was going to be a Tom Clancy game on mobile. But it's not Rainbow Six Siege Mobile, just Rainbow Six Mobile. What does this mean?

"While the core gameplay, characters, and maps may share similarities with Siege, we’ve rebuilt everything from the ground up with mobile usability in mind. We have put a lot of work under the hood to adapt the Siege experience for mobile devices. This includes an entirely new gameplay control system developed specifically for mobile and extensive optimization of the UI and in-game visual presentation," developers said.

Related: Everything we know about Rainbow Six Mobile so far

When is Rainbow Six coming to mobile?

The Twitter account has largely been silent on any real updates as well. Whenever a new post goes up, it's always a poll or question rather than new information. For now, Rainbow Six Mobile players will have to wait for a release date.