Montagne finally has his very own elite bundle.

Are you a Montagne main? If you are, well, today is your lucky day. Rainbow Six Siege has (finally!) released Montagne's very first elite bundle.

Montagne was the only GIGN operator in the game left to own an elite bundle, as all Twitch, Rook, and Doc have one. Fun fact, Rainbow Six Siege had previously teased Montagne's newest bundle, as a picture of it can be seen on Harry's wall released one month ago.

What does Montagne's elite bundle include? 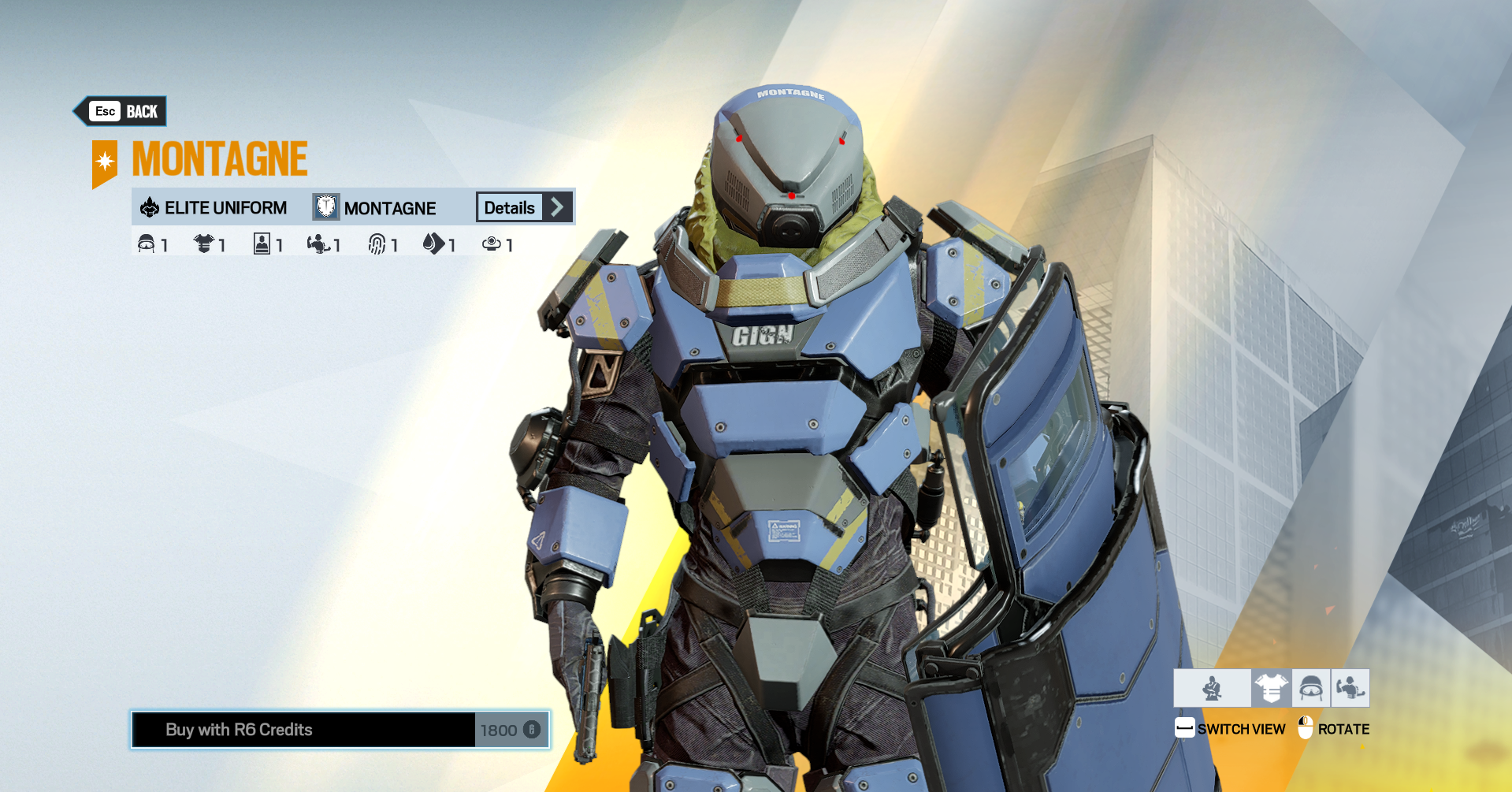 Montagne's elite bundle looks amazing. Honestly, if you had shown me this skin without telling me where does it come from, I would say this is an Extraction bundle.

This bundle's vibes are just futuristic. Montagne looks like a robot — and not a small one. Montagne is more than ready to protect his teammates to secure the victory.

It includes a unique skin for Montagne's revolver, a chibi charm, and a special victory celebration. Just like the rest of the elite bundles, the operator's main gadget is transformed — hence why Montagne's shield looks different.

You can now purchase this bundle for 1,800 R6 Credits.

Who is Montagne in Rainbow Six Siege?

Montagne is a French Rainbow Six Siege attacker that was released in the first version of the game. He is one of the only four operators that can bring a shield to the battlefield, alongside Fuze, Blitz, and Clash.

The GIGN operator's main gadget is the ballistic shield. Once the shield is deployed, all of his body is protected. He can use this tool to protect his teammates and give them cover while they are peeking through doors and windows — or trying to plant.

Montagne can also bring two smoke grenades to the battlefield, which he usually uses to get a better cover while planting. To stop Montagne, defenders must be smart: a good usage of utility such as C4's, Smoke's canisters, or Echo's Yokai Drones is very important.

If your favorite game mode is Bomb, you surely want to learn the basics of Montagne.