Rainbow Six Extraction is back at it again with some fantastic bundles featuring popular Extraction operators.

Keep in mind that Extraction has more visual options when it comes to their cosmetics. In Siege, a big or shiny headgear or uniform will leave you in a soft spot, as your opponents are real players who will spot you right away. Bright cosmetics make the opponents' job a bit easier when trying to spot you on the battlefield.

Meanwhile, Extraction rivals are AI Archaeans. They won't get any advantage if you wear a bright bundle. So shop away!

With this being said, let's have a look at some of the cosmetics that have dropped in Extraction this week! 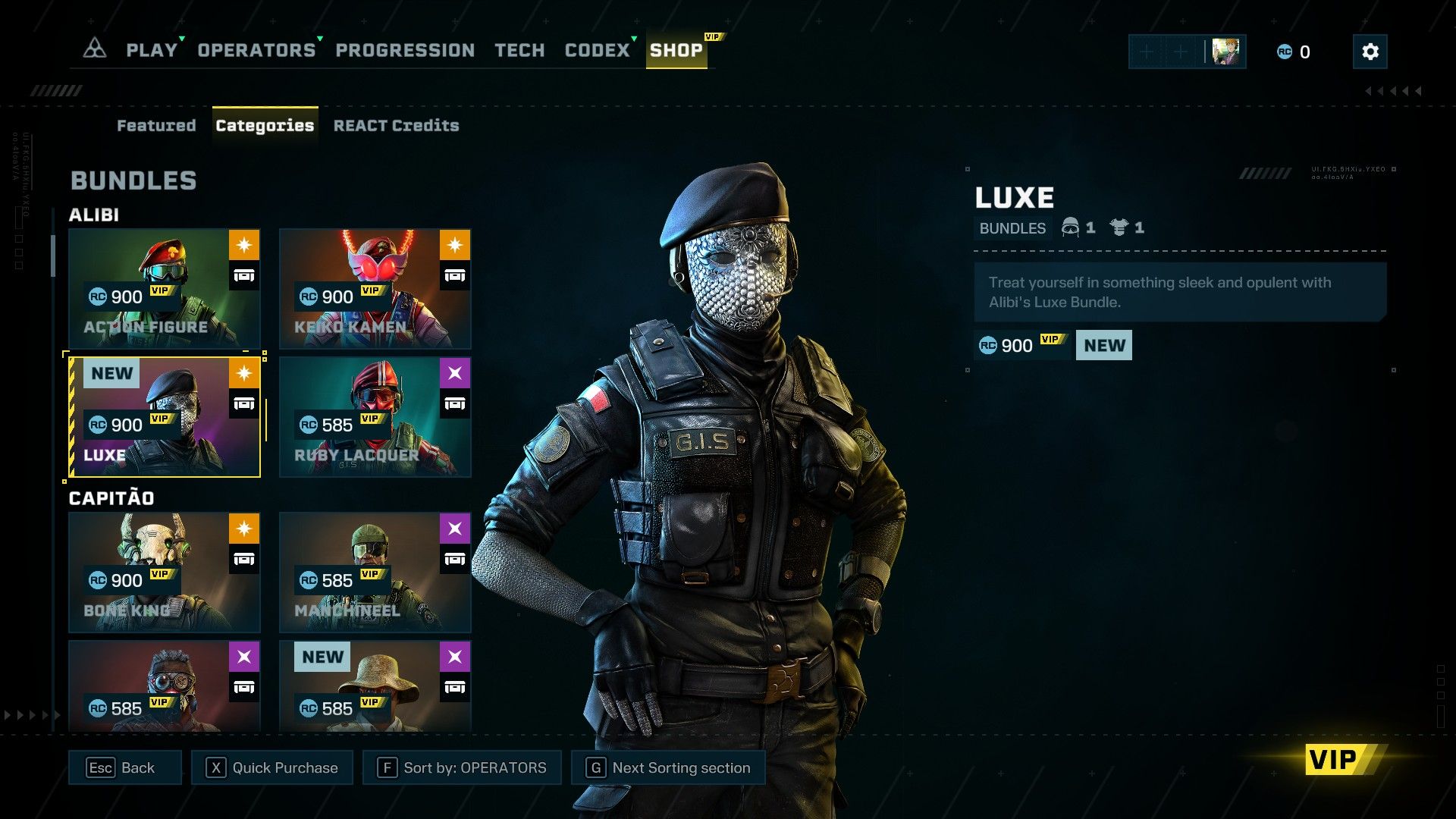 A luxurious skin for Alibi has dropped, allowing her to fight Archaeans in style. Honestly, Alibi is getting some of the best bundles. She can't complain. 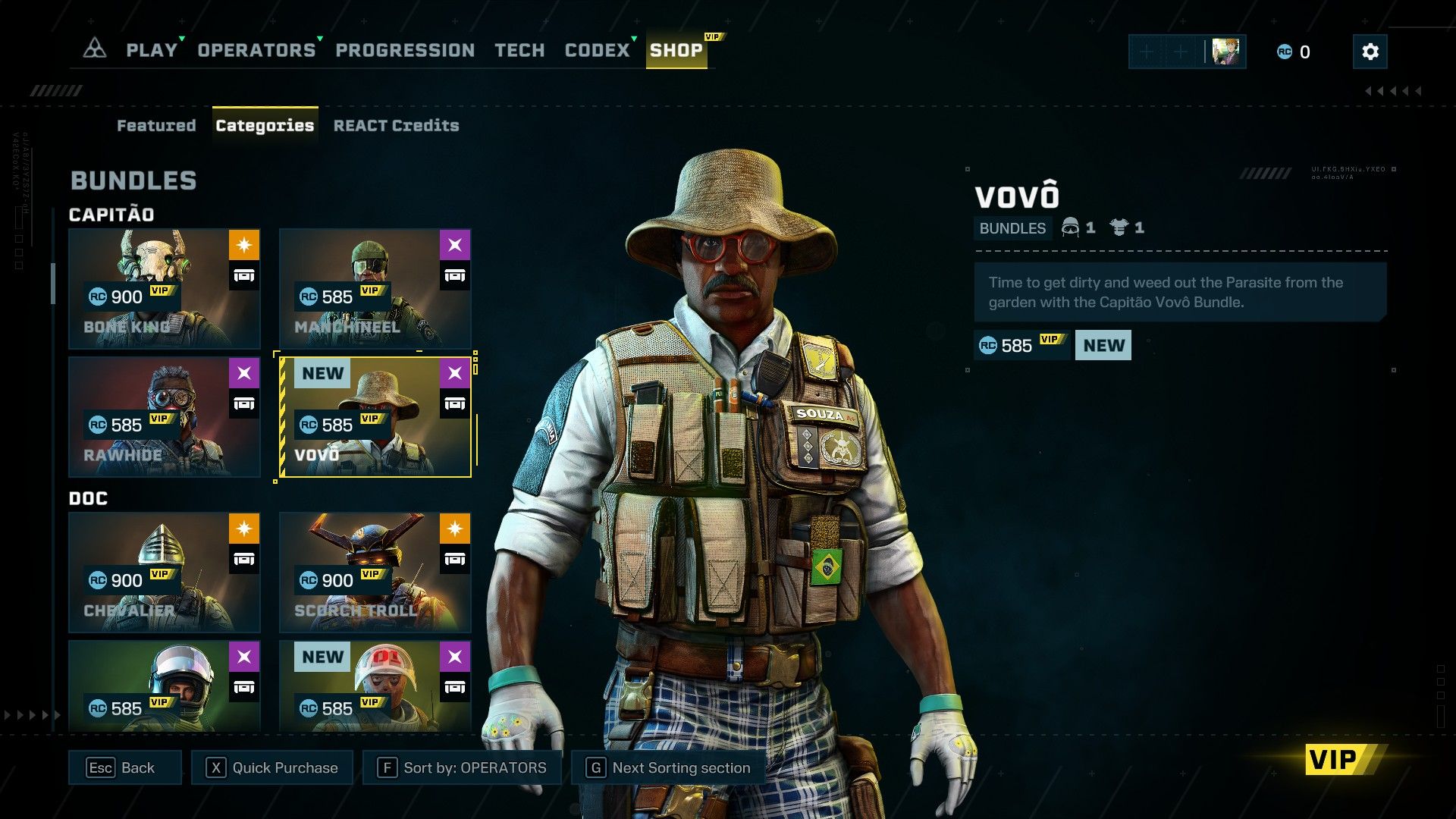 Although the bundle seems normal, the headgear is quite... summerish. Capitão looks ready to go to the beach or have a safari-themed pool party instead of fighting Archaeans. 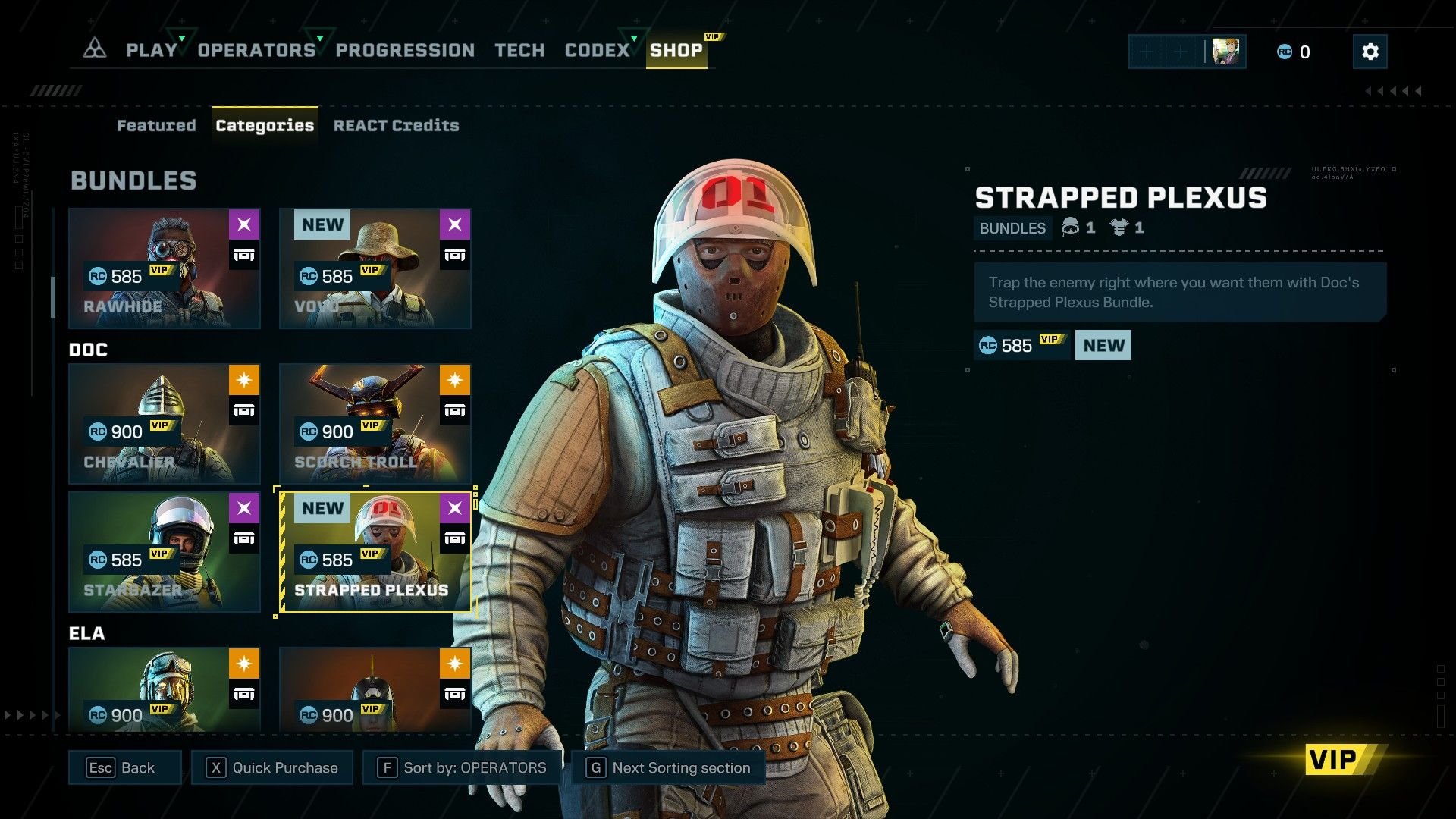 Surely not the best bundle on the list, but at least there's another cosmetic option for Doc. Get ready to heal your partners and yourself in style with the Strapped Plexus bundle. 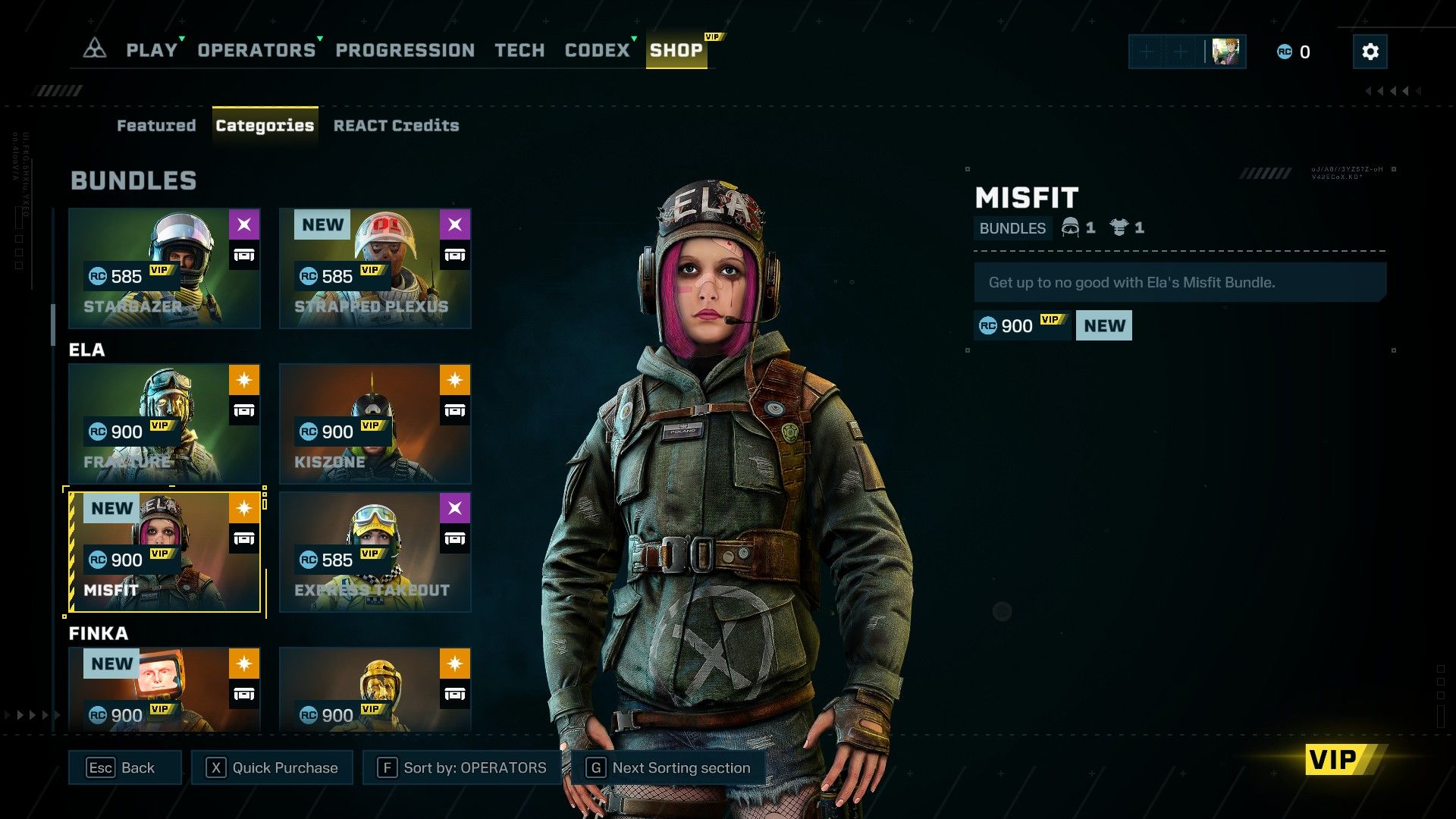 Ela is back at it. Ela's fishnets are back in town. Seems like she is getting used to fighting Archaeans while wearing them, so let's just let Ela be Ela. 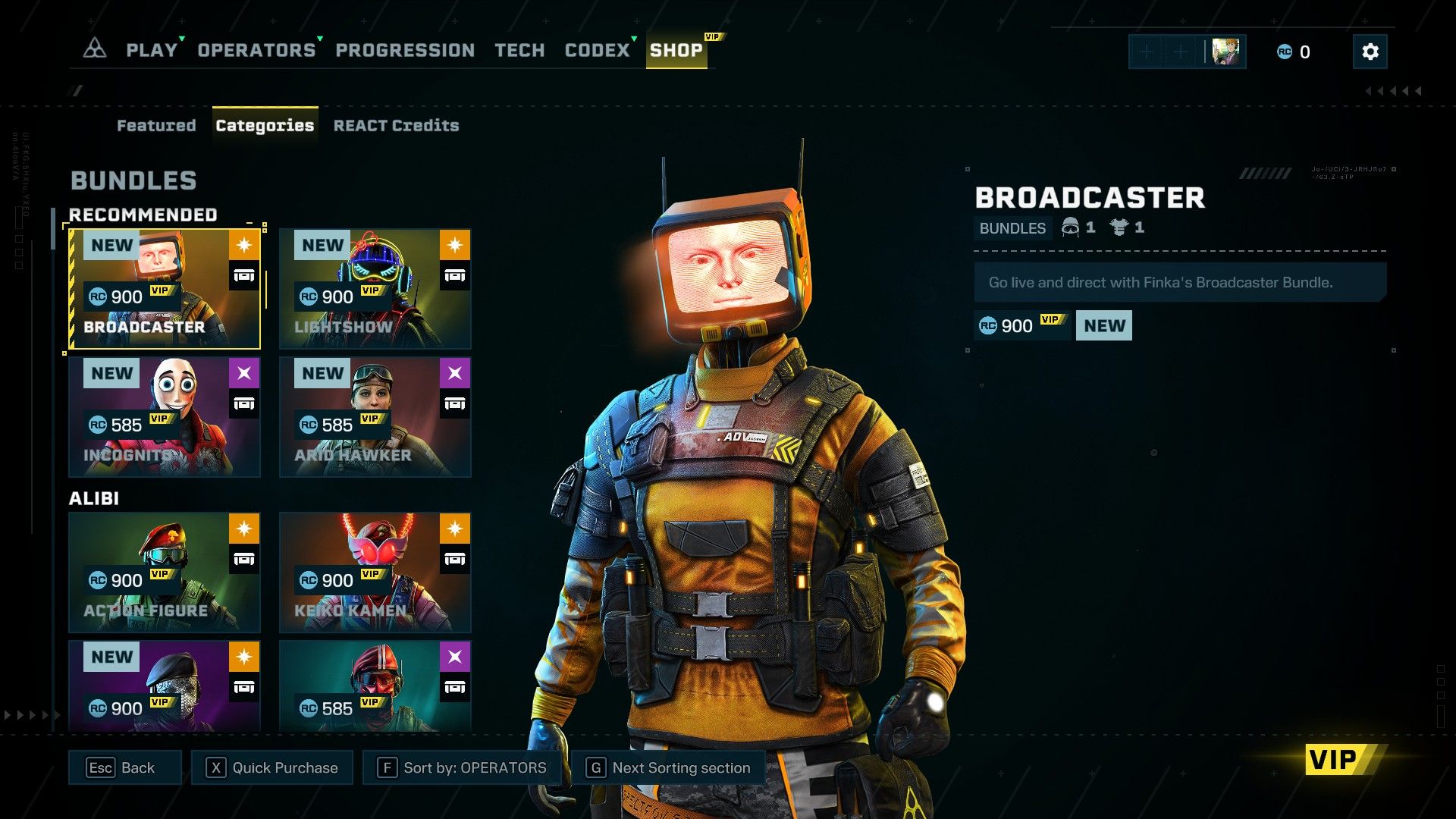 If you need a helmet to fight Archaeans, you might as well use a monitor. That's definitely not Finka's face, but she won't have problems detecting nearby enemies. Just imagine the community's reaction if someday Extraction (or Siege) releases a skin just like this one, but with a Siege caster on it. 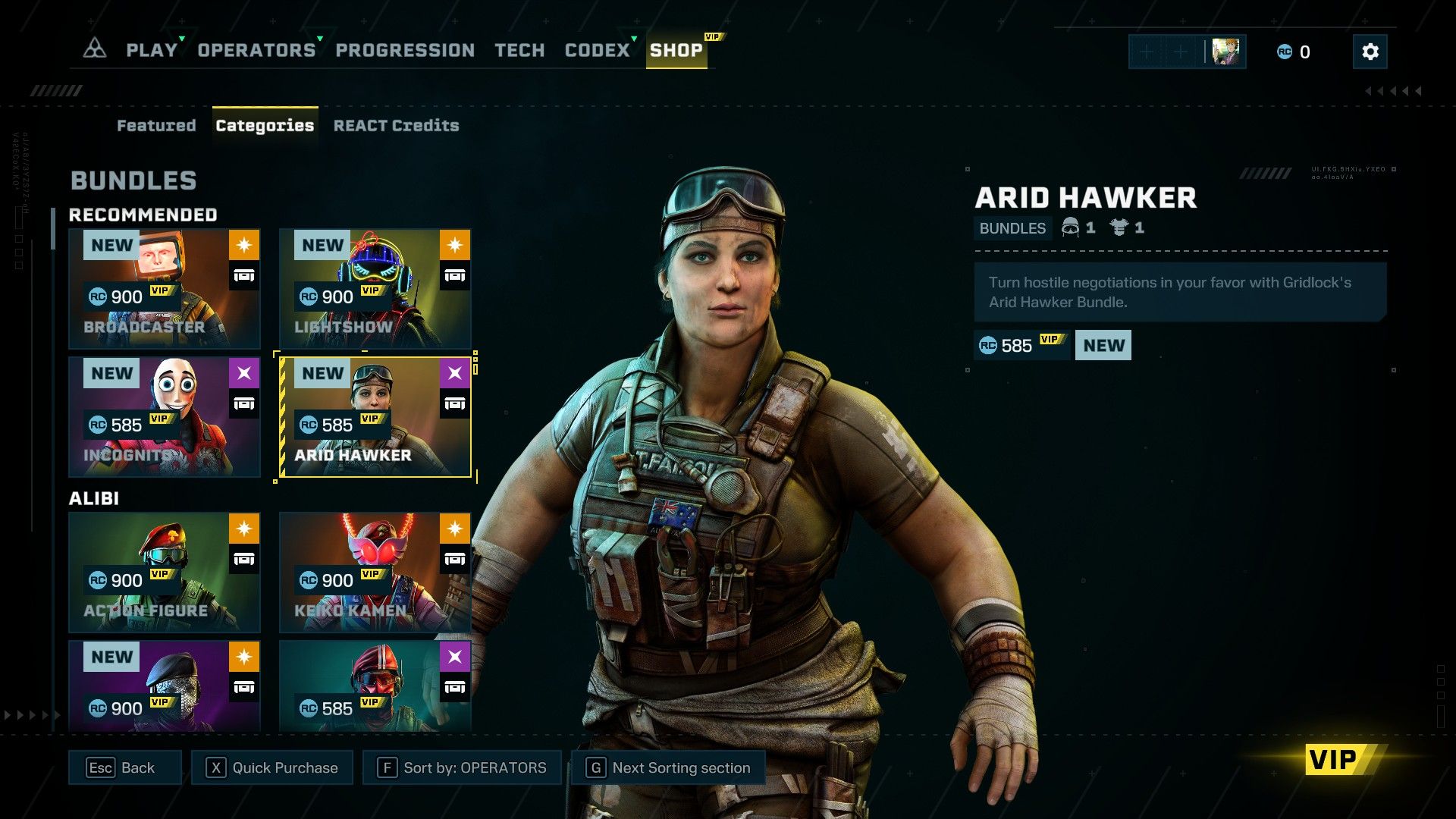 Gridlock isn't receiving much love in Extraction, and this skin continues to confirm this sentiment. This skin gives regular bundle vibes, nothing that a default skin can't get you. Doesn't pass our check, but hey, you do you. 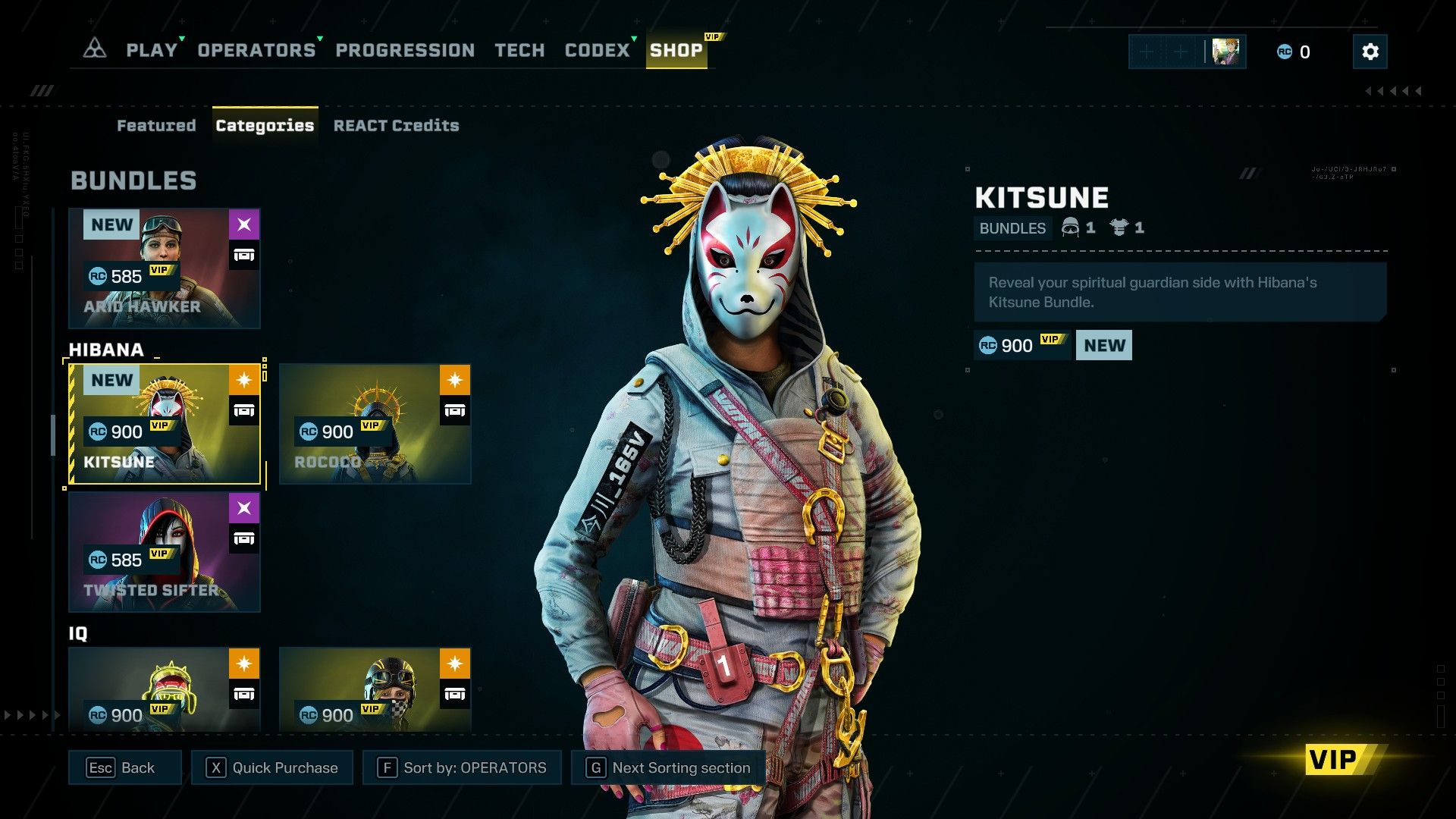 Hibana has to be my favorite Extraction operator in terms of bundles. The Rococo bundle is amazing, but this one is close to it. The Kitsune headgear, just like Rococo's, is astonishing. The vibrant gold plus sly expression on the mask's face is just great, not to mention how it looks when paired with her pink accessories. 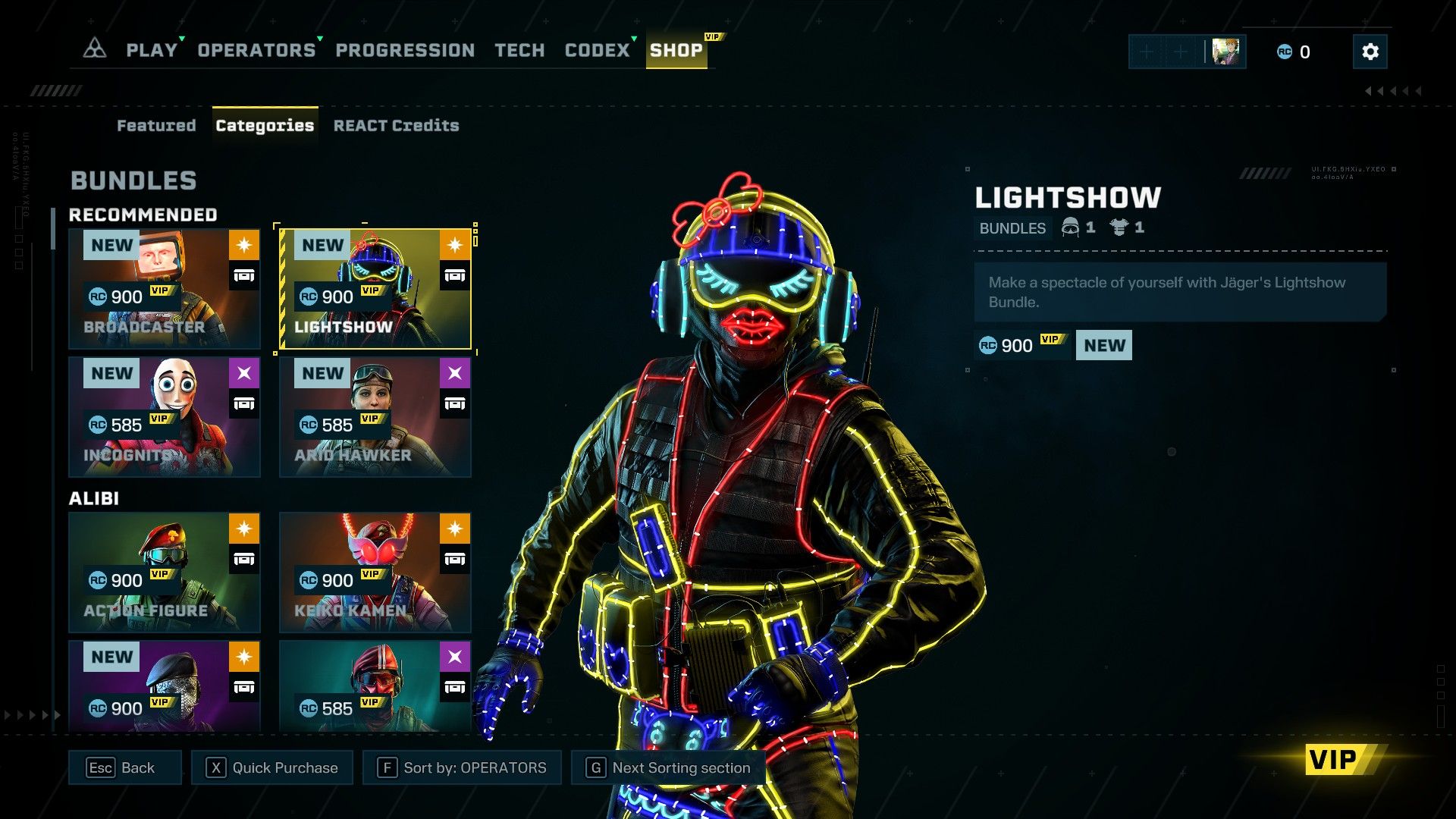 IQ was given a bundle like this one just a few days ago, and Jäger is getting his own now. Awesome design that shows the clear difference in concepts (and in-game needs) between Extraction and Siege. 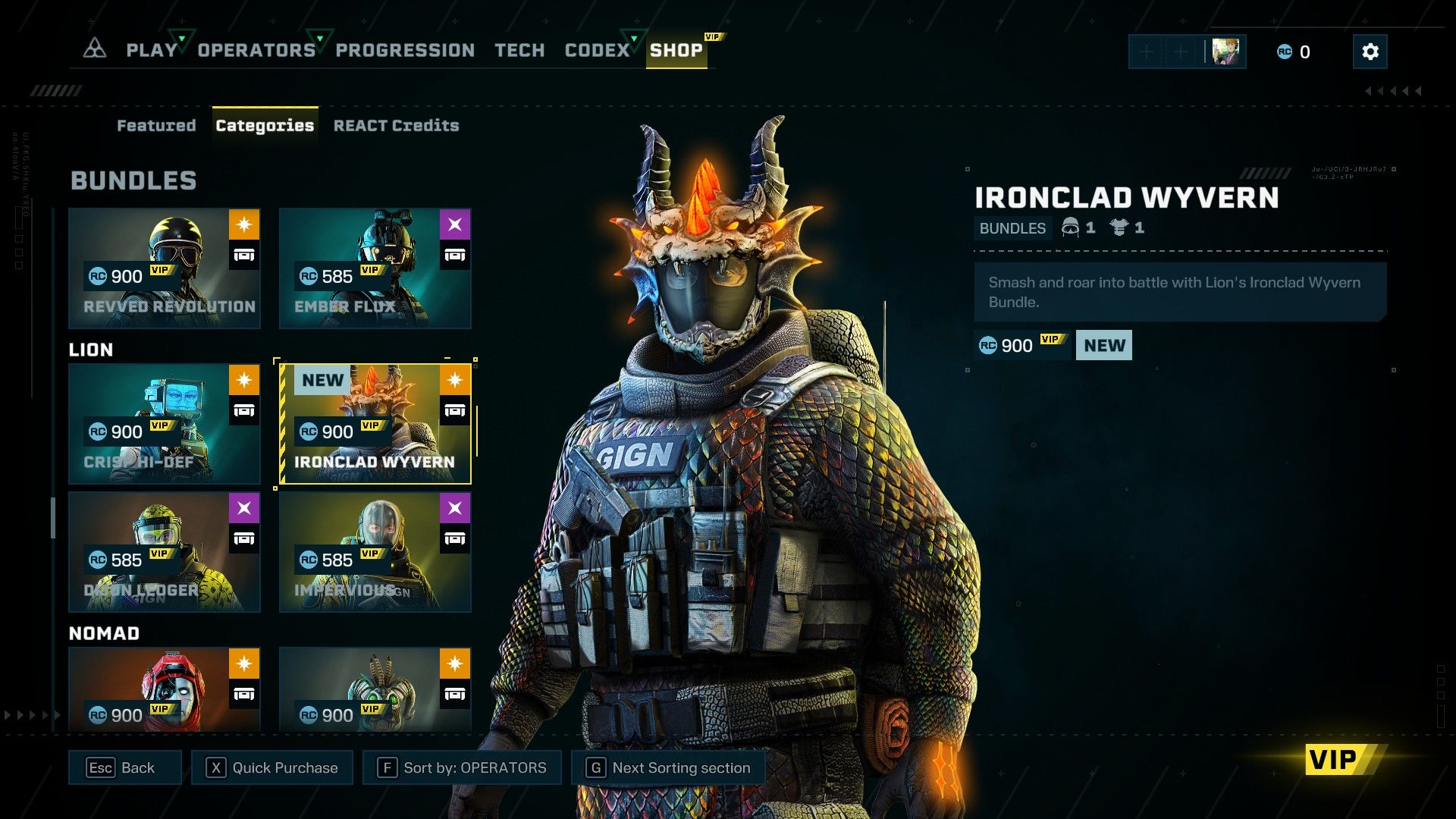 This is an awesome bundle for Lion, who gets a second legendary bundle after the Wall-E and E.T. combo in his CRI9P HI-DEF bundle. This looks awesome on him and we expect it to be another famous cosmetic in Extraction. 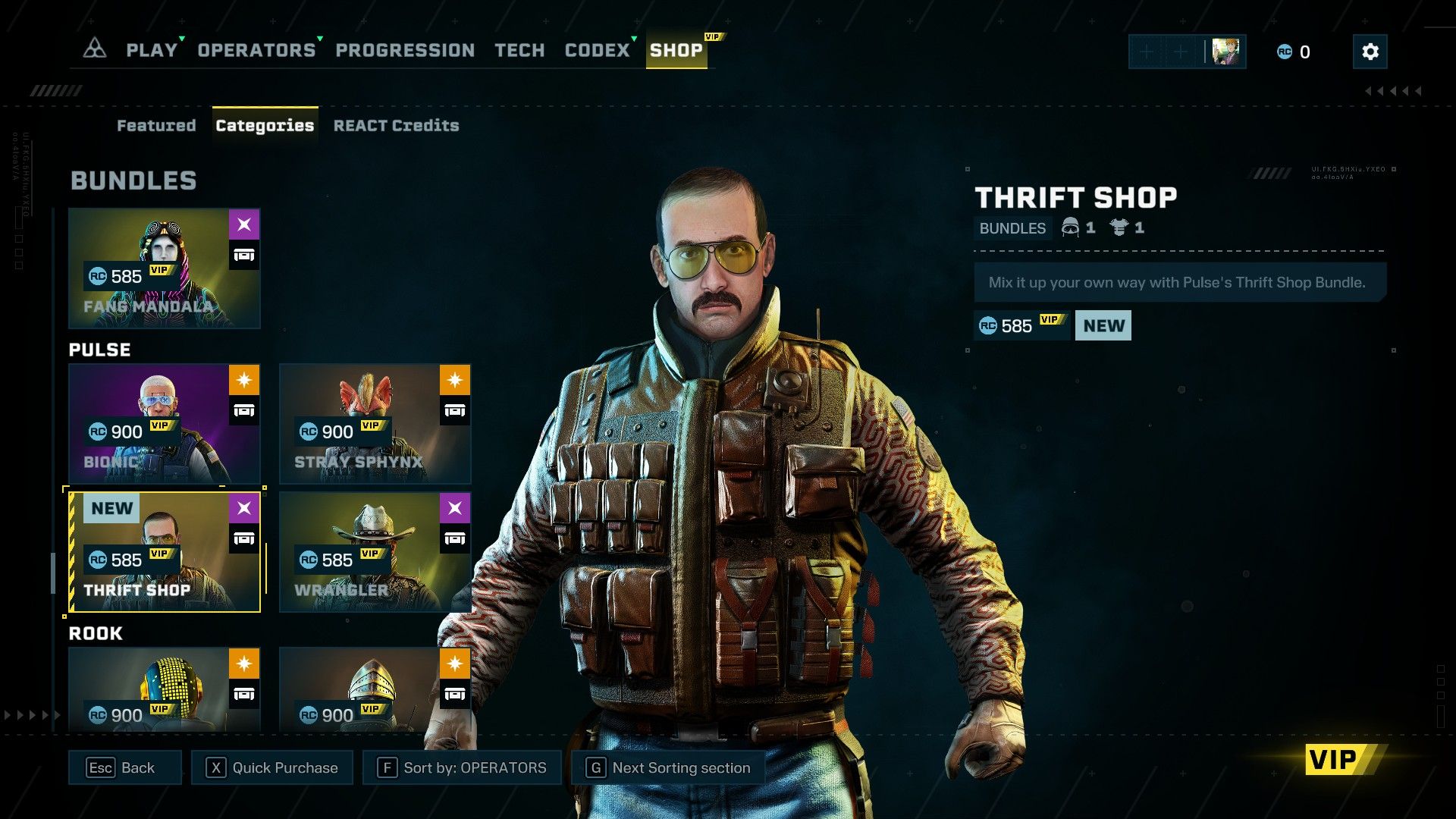 There has to be a hidden secret Extraction mission where Pulse goes to Turkey; he isn't bald anymore! If you don't like Pulse's hairless version, you can get this bundle for 585 REACT Credits. 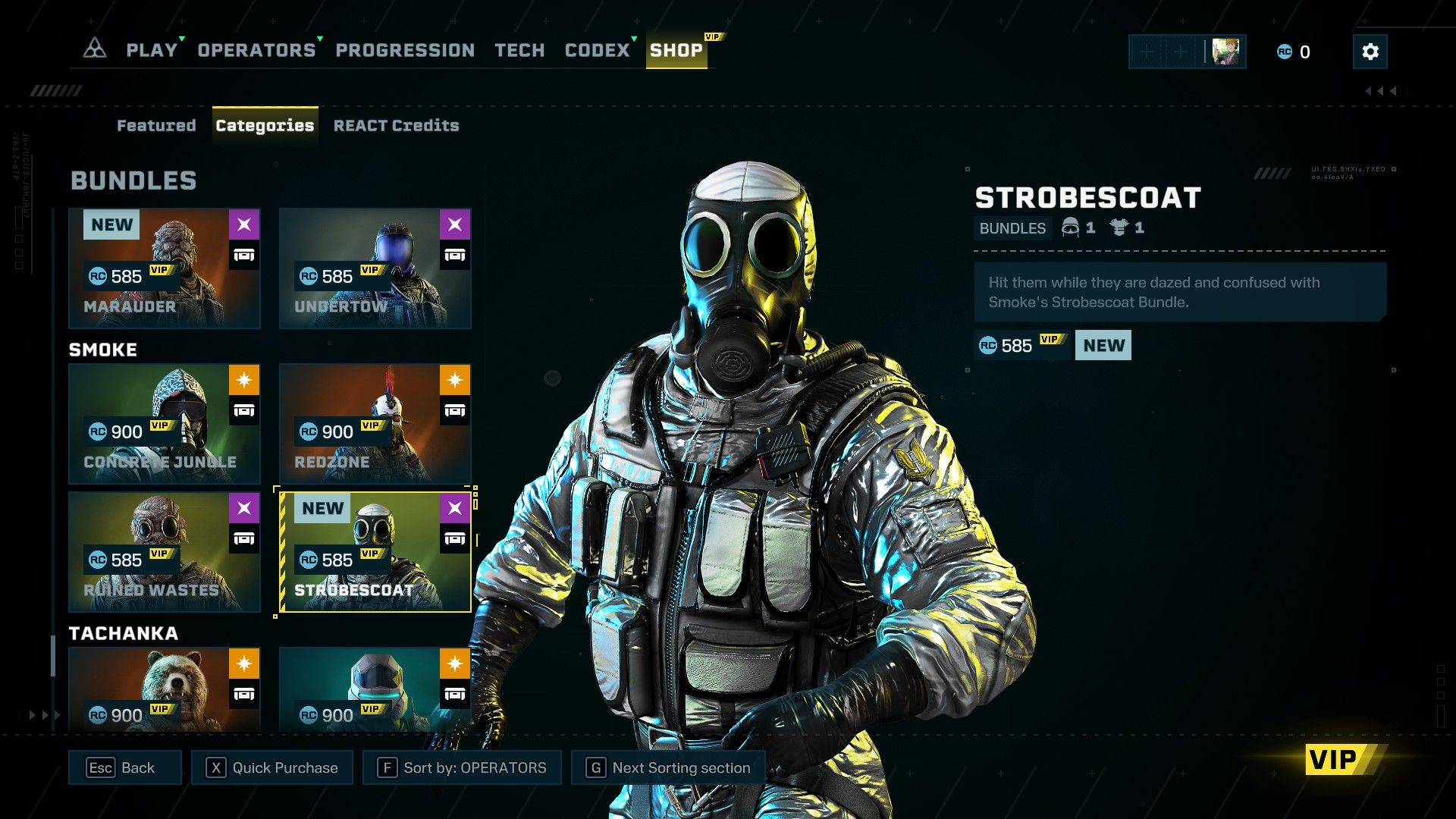 Not a lot to say. Smoke has decided to change his default color to something more close to a diamond style of color. However, the bundle value isn't as high value as diamonds so it is quite affordable. 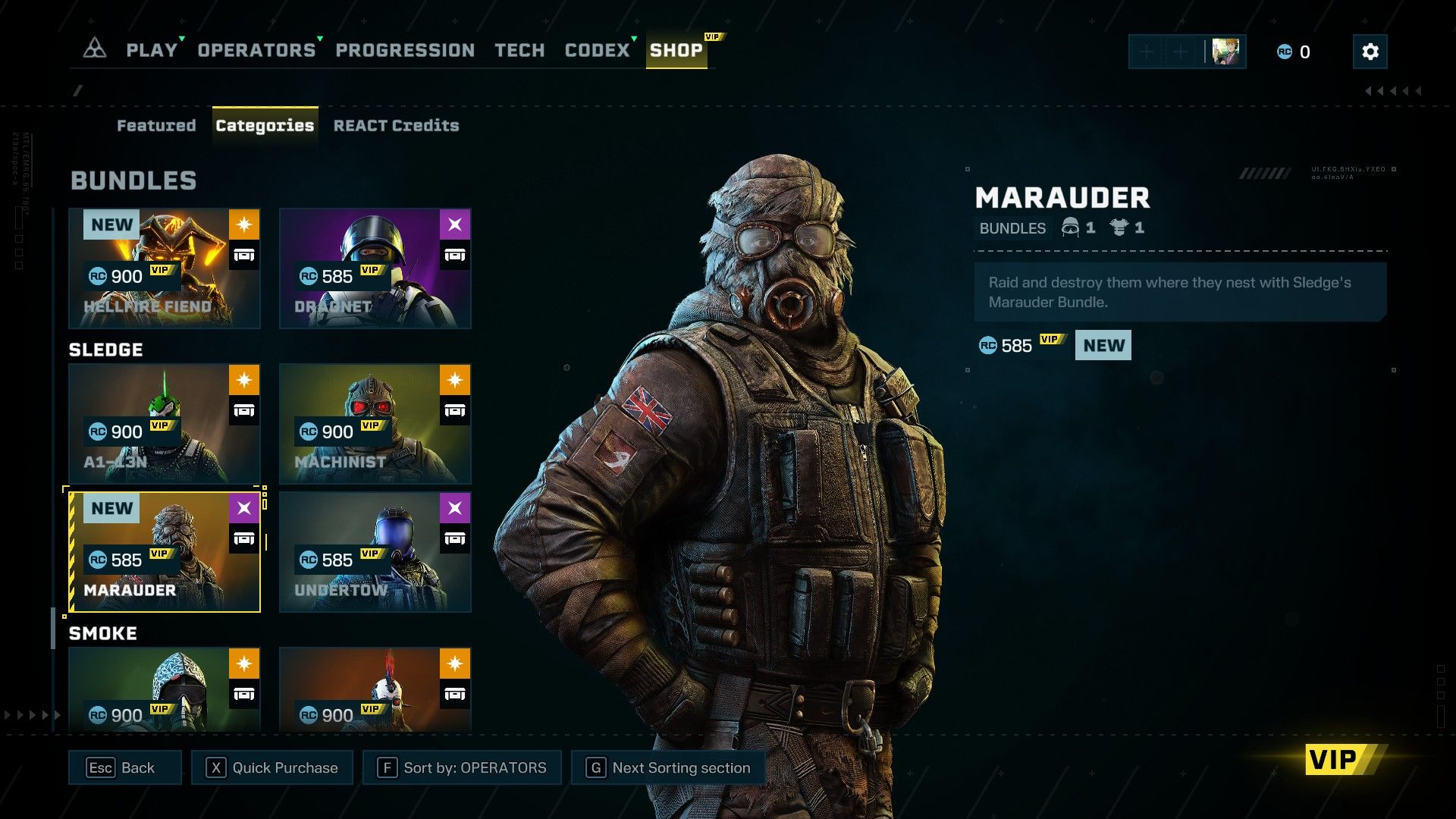 Not Sledge's best outfit for extractions, but it's something. A brownish bundle which could also be implemented in Siege, if you ask me. Not my favorite, but not bad. 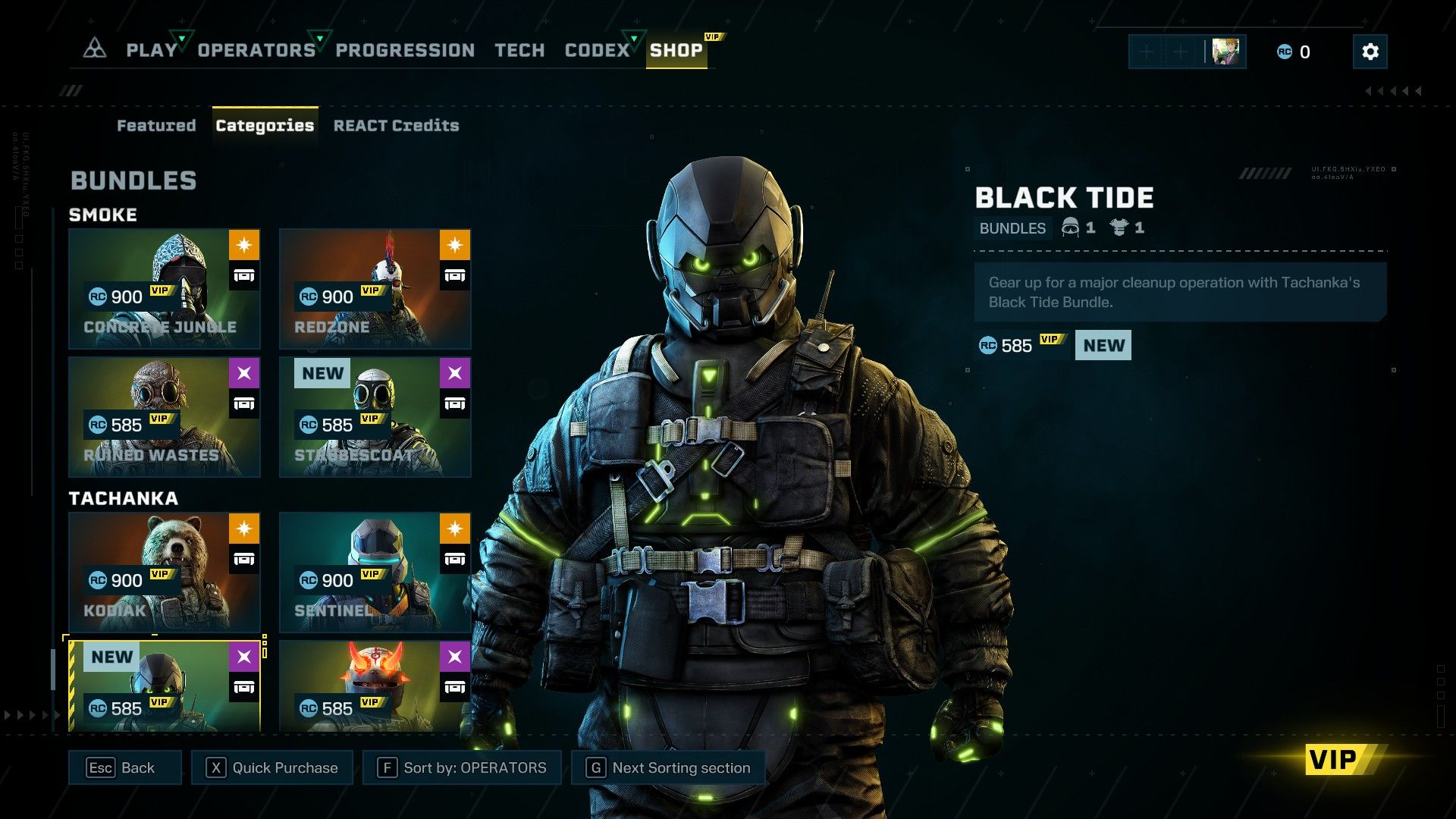 Tachanka looks cool in this bundle, but he also feels angry. What have Archaeans done to you to be so mad with them other than exploding, throwing laser beams, and sticking spores to your body? 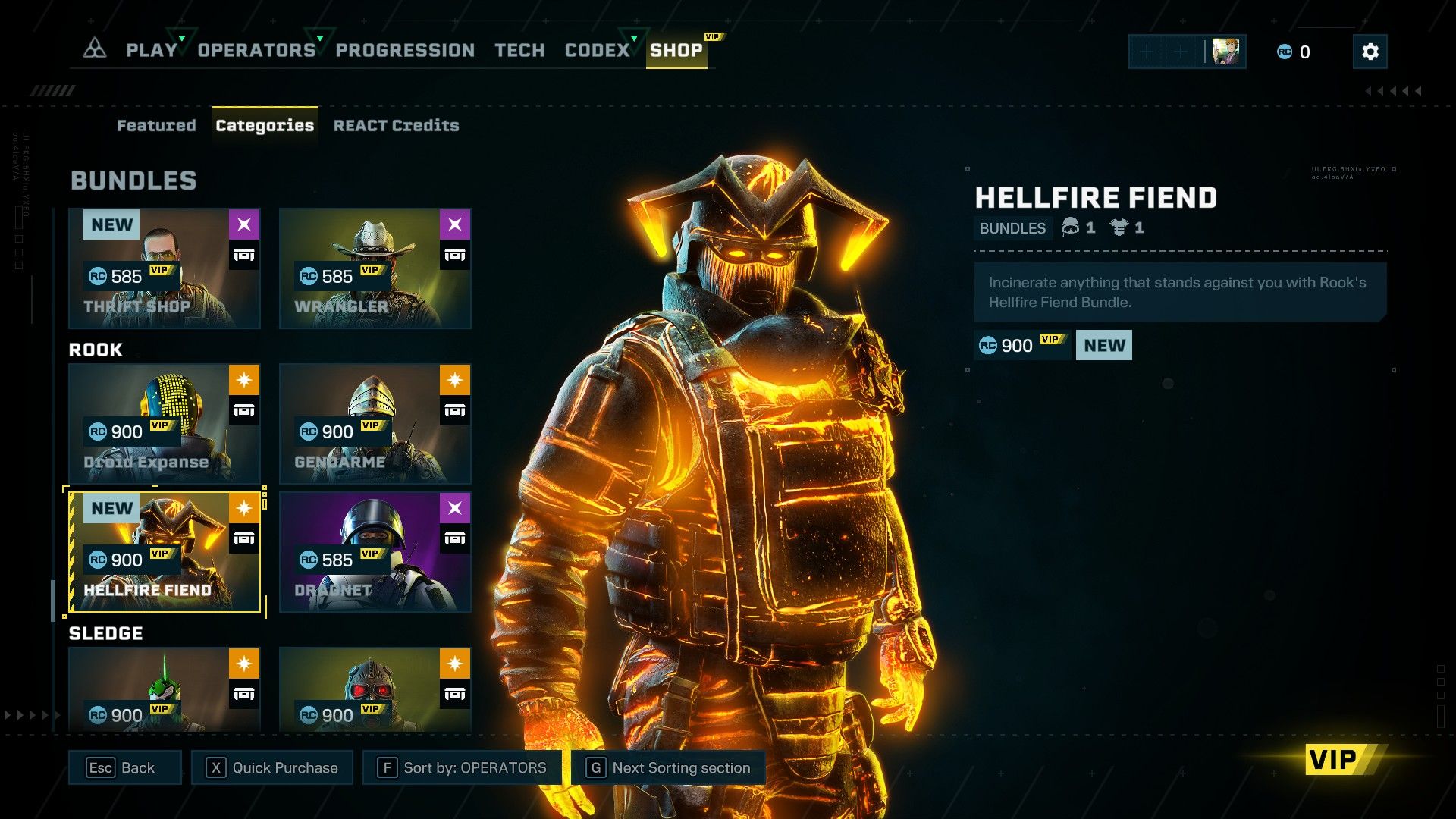 It is now Rook's turn, as the operator gets on his hands the Hellfire Fiend skin. And honestly, it looks awesome. Another example of a skin that can be used in Extraction, but can't be used in Siege — unless you don't mind being spotted. 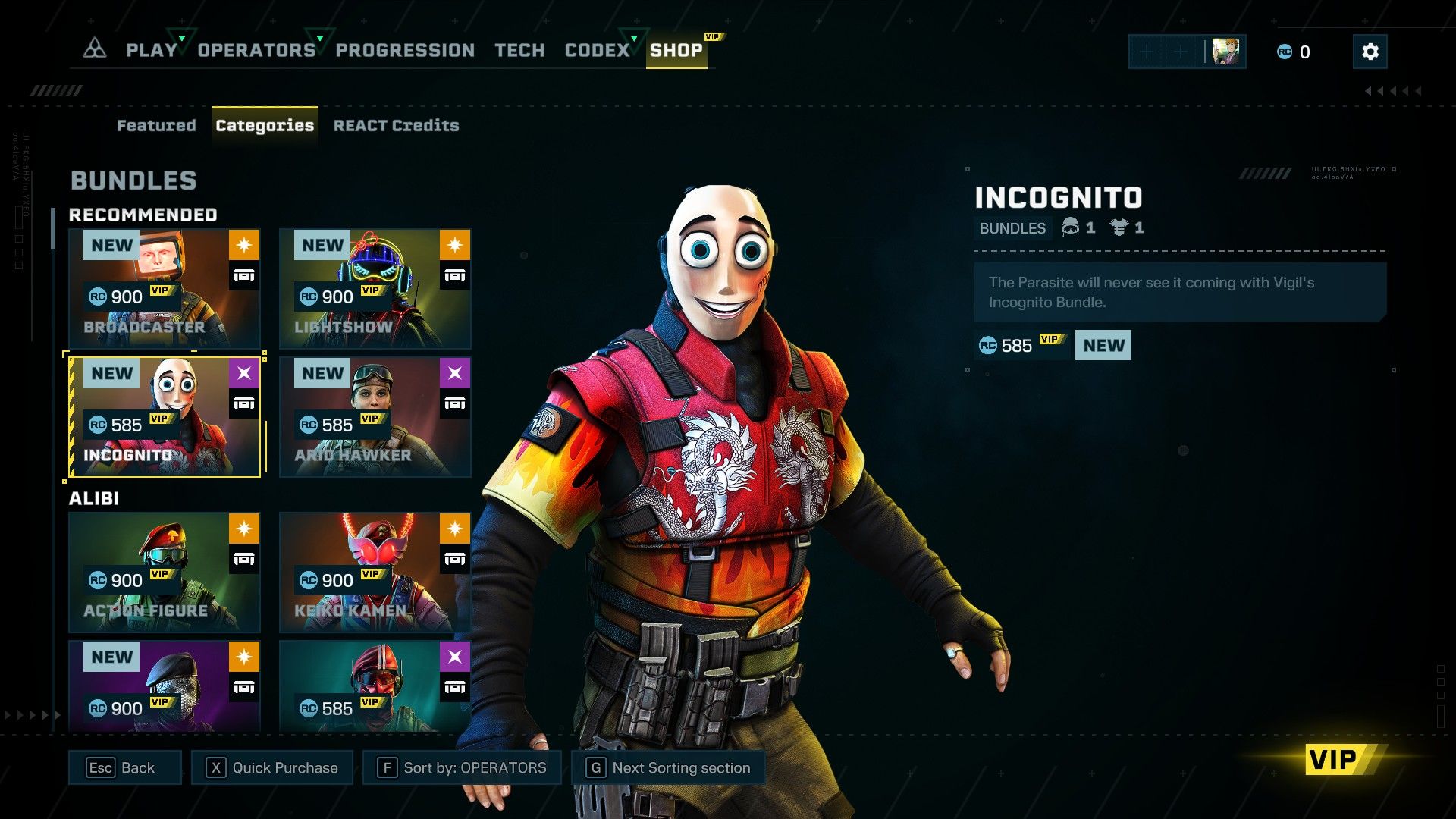 Last but definitely not least, my favorite: Incognito. Have you seen those films where a guy goes to a place and spies someone by hiding behind a newspaper? That's the vibes this bundle gives me. Amazing, just amazing.

How do I get the new Rainbow Six Extraction skins?

Easy! Earlier this week, Rainbow Six Extraction has modified its store so it's easier to find certain bundles, skins, and headgears. You just have to go Shop, open the Categories menu, and look for your favorite cosmetics!

For more information on the in-game store, you can go to our Rainbow Six Extraction Categories tab guide.