Aliens and fishnets, Ela's plan for the weekend.

What do Ash, Iana, Ela, and Dokkaebi all have in common? There are two answers to this question. If you are a casual Siege enjoyer, you probably don't have an answer. Maybe you just think about all of them being women — and that should be it. 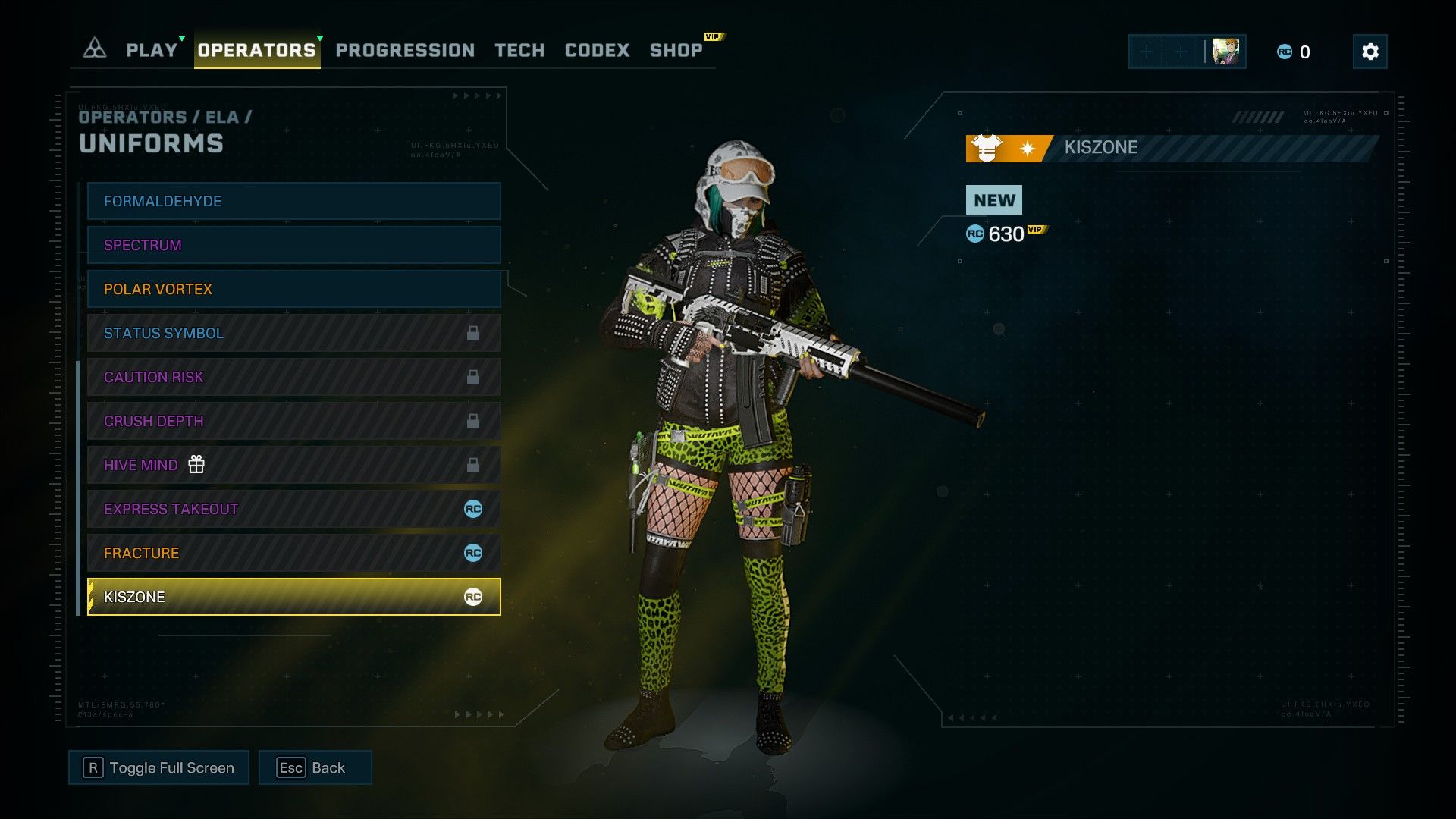 Well, Rainbow Six Extraction has put this love in the spotlight again. Ela's brand new cosmetic in Extraction shows her skin in some fishnet tights, which let me say, aren't the best outfit to wear when facing enemies from outer space  — although a bear skin (Tachanka) or a glowstick uniform (IQ) both don't sound any more comfortable.

How much does Ela's skin cost in Rainbow Six Extraction? 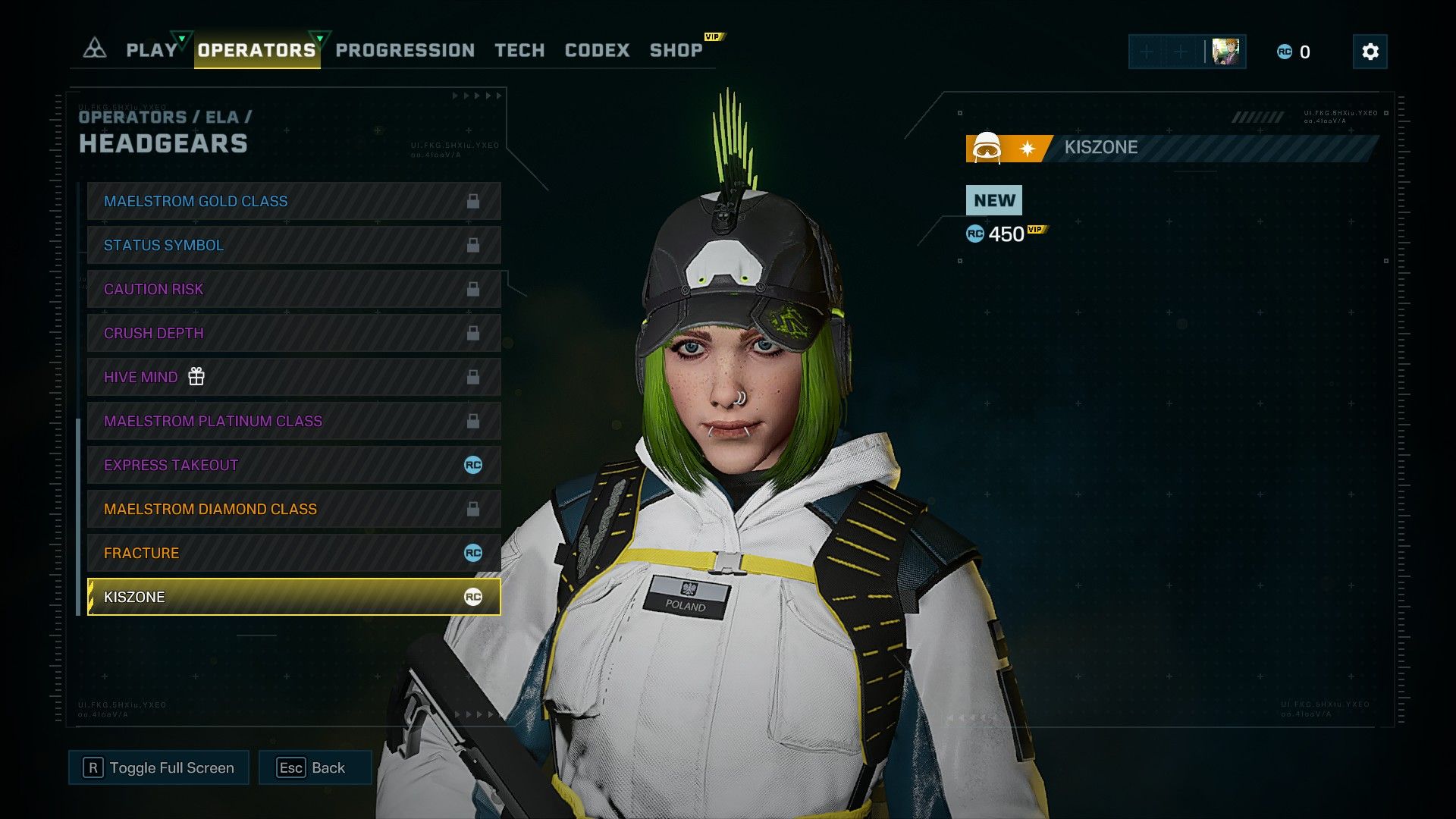 Ela's uniform, Kiszone (you know, the one with the fishnet tights), costs 630 REACT Credits. You can complete her look by also purchasing the Kiszone headgear, which costs 450 REACT Credits.

Who is Ela in Rainbow Six Siege?

Besides a woman in fishnet tights?

Ela is a Polish operator that belongs to the GROM. She was introduced to Rainbow Six Siege in September 2017 with the launch of Operation Blood Orchid.

Back then, she was one of the most famous operators in the game. A big part of the community loved her in-game ability and weapon kit, which was incredibly strong at that time -- the perfect roamer thanks to her impacts, and her recoiless Scorpion. Her shotgun, known as one of the most strongest in the game, was also a huge introduction.

She is far away from her prime. However, her physical attributes remain the same. Extraction has discovered a new love, probably awaken a hiden fetish for some -- fishnet tights.

Now, players are demanding this skin to be moved to Siege asap. Will that happen in the near future?

Who is the thickest operator in Rainbow Six Siege?

The Rainbow Six Siege community is clearly dying to know the answer to this question. For some reason.