SiegeGG had caught up with Miranda right after her debut in the top-flight BR6 2021 earlier this year to gather her thoughts on becoming the first female pro to do so in the region.

INTZ's Rafaela "Miranda" Miranda has had an incredible journey in gaming so far and while it is far from done, she has already become part of competitive Siege history as the first female pro to play in the top-flight in the Latin American (LATAM) region.

After Vinicius "Vnx" Mello suffered an unknown illness, he had been unable to play on the seventh and eighth days in Stage 1 of the BR6 this year. 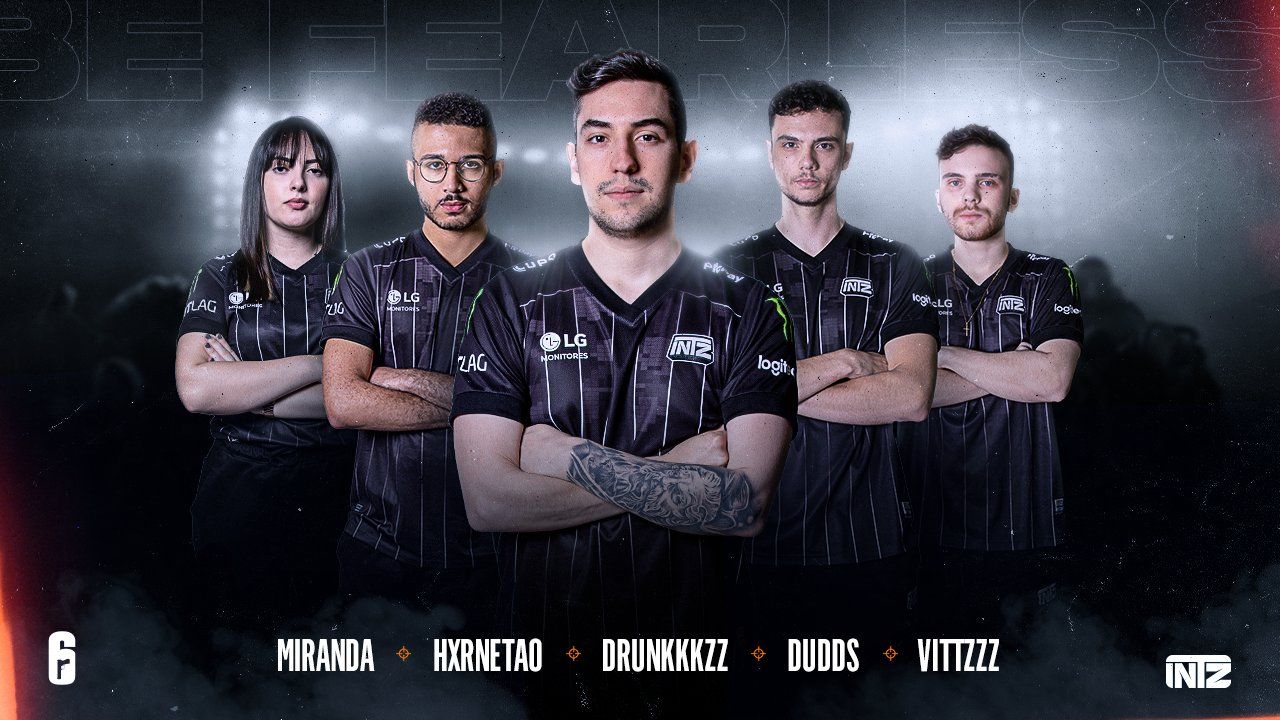 Its Circuito Feminino roster was then more than happy to lend Miranda to the core BR6 roster, marking the first time a woman would play in the top-flight in the LATAM region.

It had been just two days of practice, but INTZ kickstarted Week 4 in style. Six Invitational-bound FURIA were pushed to the brink in regular time, only able to win 7-5. Miranda, playing her first match at this level, finished with the lowest rating at 0.48, but did manage a defuser plant and a 1v1 clutch.

Her second game, played the very next day, was much better and a massive upset. One of the top teams in the region, FaZe Clan, likely expected an easy victory against this ill-practiced INTZ roster. But the underdogs struck back, taking the match 7-5 as Miranda finished with a 0.85 rating -- just 0.01 behind João "DRUNKKZZ" Giordano.

While her brief journey in top-flight Siege is currently on hold, it was an invaluable opportunity for Miranda and even more proof -- after Lauren "Goddess" Williams in North America and Kaya "Loona" Omori in APAC -- that women are more than capable of equalling men in Siege.

SiegeGG had caught up with Miranda just after her debut to know more about how she felt about being part of history and playing her first matches in the top-flight.

Welcome to the top-flight of Siege in LATAM! How are you feeling right now?

Thank you so much! I’m feeling really good and proud of myself... I can’t even believe all that happened.

Tell us more about yourself and your journey in gaming and esports!

I always played video games, starting at about seven or eight years old. I played a lot with my older brother and ended up making a hobby of it... now it’s my career.

How did you get started playing Rainbow Six and then competing in Rainbow Six?

I started gaming early, during the PS2 times, after I looked up FPS games.

From there, I played COD and when R6 launched on the PS4, I got it. But I stopped playing in Year 2.

In August 2020, I came back... with no thought in my mind of going pro. But in like December, I met the girls and decided to play competitive and.... yeah, that’s it!

How did the signing with INTZ come about and how did that make you feel?

We managed to sign with them after the Circuito Feminino Open Qualifiers in February. I felt really proud of us.

Unfortunately, being a woman in gaming comes with challenges. What are some of the obstacles you have faced inside and outside gaming in your pursuit of an esports career? Were there perhaps any Brazil-specific issues in terms of cultural acceptance as well?

We women face a lot of 'machismo' and sexism when we enter this 'male world'.

I wouldn't say any of it is just limited to Brazil, I know women all around the globe deal with that. Ranked attacks, (abusive) chat in streams... I, myself, try to ignore all the bad stuff and focus on the positive.

How has practicing for and playing in the Circuito Feminino been for you?

It’s been great! At the beginning, we had problems with some of the other female teams that qualified and that managed to take hold in our mind... we got really attacked by our own 'community'.

But then, INTZ stepped in and helped with the psychological aspect of it. Now we are stronger and no one will get in our way.

You are perhaps the only pro in the world to have experienced both sides in terms of the womens' game and the mens' game. What are the key differences?

The maturity in the game and the play style. I feel like males are a lot smarter and more aggressive in their gameplay, while women tend to rely a lot on utility and less on raw skill.

How did it feel playing your first game at this level, against a very strong FURIA and amongst the top-level INTZ BR6 players?

I was really nervous,  but in the end I'm feeling greatful.

How did the integration go into the team? Did you get to play some scrims with them before the FURIA game?

We had just two days of training, it was really busy.

How was the team atmosphere for you, coming into a well-established roster not only as a stand-in, but also as the first female pro at this level?

It was like a pioneer thing, I was really proud of the position I was given.

Talk us through that Round 11 defuser plant and 1v1 clutch against FURIA! What was going through your head, how were the comms like, how were you handling it?

I managed to stay calm and focus on the callouts that the team was giving, just gave it all to get us that round. Just pure adrenaline!

While Brazil has obviously had Womens' tournaments for a while, why do you think there have not been other female pros at this level already?

Just a lack of opportunities and sexism. A girl can be the best, and I know of some, but she is not getting called for a team, whether it is BR6 Serie A or B.

Do you agree with the existence of a separate Womens' tournament? Why or why not?

One one hand, I don't agree because I think we have the same capability as the guys. But looking at it from the sexism side, I understand that we need our own space.

What is the biggest hurdle for other women like you entering Rainbow Six esports?

The insults and hate we get just for being girls is by far the biggest problem.

What is next for you? How valuable is this experience going to be for you and has this helped you gain confidence in yourself and your Womens' INTZ squad?

From here on, I will be focusing on giving my best professionally and getting better. I am certain that it will reflect on a lot of players on a positive way.

My team and I are a lot more confident and happy.

What advice would you give to others who will look to you as an example and want to follow in your footsteps?

Just don't give up. Lots of people are going to try to put you down, saying that it is not for you, but don't let that sink in!

The only person in charge of your story is yourself. Just fight and be proud of it like the woman you are!

Catch Miranda and the INTZ Academy roster next in action in Stage 4 of the Circuito Feminino 2021 when it continues in late July and check back here at SiegeGG for more content, stats, and coverage.