Risze: "No one scares us but we remain cautious"

In our Raleigh Rundown series, we interview players from each team attending the Six Major Raleigh later this month to find out more about their approach. Up next, we have Valentin “risze” Liradelfo from Looking For Org.

Having always sniffed around at the top of the European league table, Millenium was always one of the well-respected teams across the globe. A change in the roster after the end of Season 8, though, was what seemingly sparked the fire necessary to propel them to greater heights.

Having had little preparation, the now-LeStream Esport roster went to DreamHack Winter and had a poor showing, being knocked out by PACT, but made it to the Six Invitational 2019 after finishing second to Team Vitality in the online qualifier. At the Invitational, though, LeStream did not have a great showing and failed to win a single match.

Online, though, the team was tearing it up, and was looking par for the course to qualify for the Season 9 Finals. Finishing just behind Team Empire, they went to Milan full of confidence, but were brought back down to Earth by a charging FaZe Clan.

However, the departure of Aleksi “UUNO” Työppönen opened up a place for Lukas “Korey” Zwingmann and immediately it seemed that the swap -- dubbed as a ‘sidegrade’ by some -- was exactly what LeStream had needed. A magical run at the Allied Esports Minor was only stopped by Team Secret but the message had been sent -- LeStream was in business offline as well.

Having recently shocked the Rainbow Six world after being dropped by LeStream while just one point behind league leaders Team Empire the Pro League, the team is still looking for an organisation to represent and thus goes into the Major as Looking For Org (LFO) after LeStream failed to make it to the Pilot Program.

To find out more about the team’s preparation, SiegeGG spoke to Valentin “risze” Liradelfo:

How has Korey fit into the roster? So far it seems his addition in place of UUNO has been exactly what was needed to fix your LAN woes.

First of all, I honestly think that we've been granted the title of "LAN chokers" a little bit too quickly. I mean, the only match we choked back in the days playing with UUNO was the one against Evil Geniuses at the Invitational. Then we played PENTA who are a great EU team and they played better than us at that moment (also I believe we were a bit shaken after the loss against EG).

Then came the PL Finals and FaZe showed up -- they played perfectly against us and the preparation we had on them was not accurate at all since they changed lots of things, especially on Bank. Obviously I'm not even talking about DH Winter -- we only had 5 days of prep with a brand new roster and a new game style to get used to.

Anyway, to answer your question, Korey probably brought that patience we lacked when we were playing with UUNO. Also, I think we were relying too much on UUNO's ability to entry and our match preparation in Best-of-Ones (Bo1) which is most likely the reason we were really strong in the regular online season. UUNO is a beast and it worked a lot, but he's no superman (yet) and our game style showed its limits over there. Since then, we're trying to be more packed and synchronized.

You’ve finished second in two Minors over the last two months, what could you have done to get the win in Vegas or Valencia?

I believe we just needed one more week of preparation for Vegas -- we lacked a lot of cohesiveness especially on Clubhouse and we could've taken that map against Secret at Vegas with the right habits and early routines.

We only had three days of bootcamp before this Minor, so we were still happy with the performance despite the heartbreaking loss on that very last round on the very last map of the tournament. About Valencia, I think Rogue just played a lot better than us -- they were on fire and VertcL was unstoppable.

On your way to these two runners-up finishes, you have struggled against Rogue, Team SoloMid, Spacestation Gaming and DarkZero Esports. Have you noticed a rise in these North American rosters or is this just due to the recent roster changes?

There is definitely a rise in NA [teams’ skill] at the moment -- time will tell if it's going to last, especially for Rogue, as they used to be at the very top. I think SSG always have been consistent and really strong -- in my honest opinion I believe they are the most coordinated team in NA.

Concerning TSM and DZ, we played them only once in very specific circumstances -- we had to play TSM straight after an exhausting game against Na’Vi just 15 minutes before in Valencia and we only faced DZ once in a Bo1 after poor preparation in Vegas, so I don't really have an opinion except that DZ has been very consistent so far.

Who would you say is your main competition on the way to the Major title? 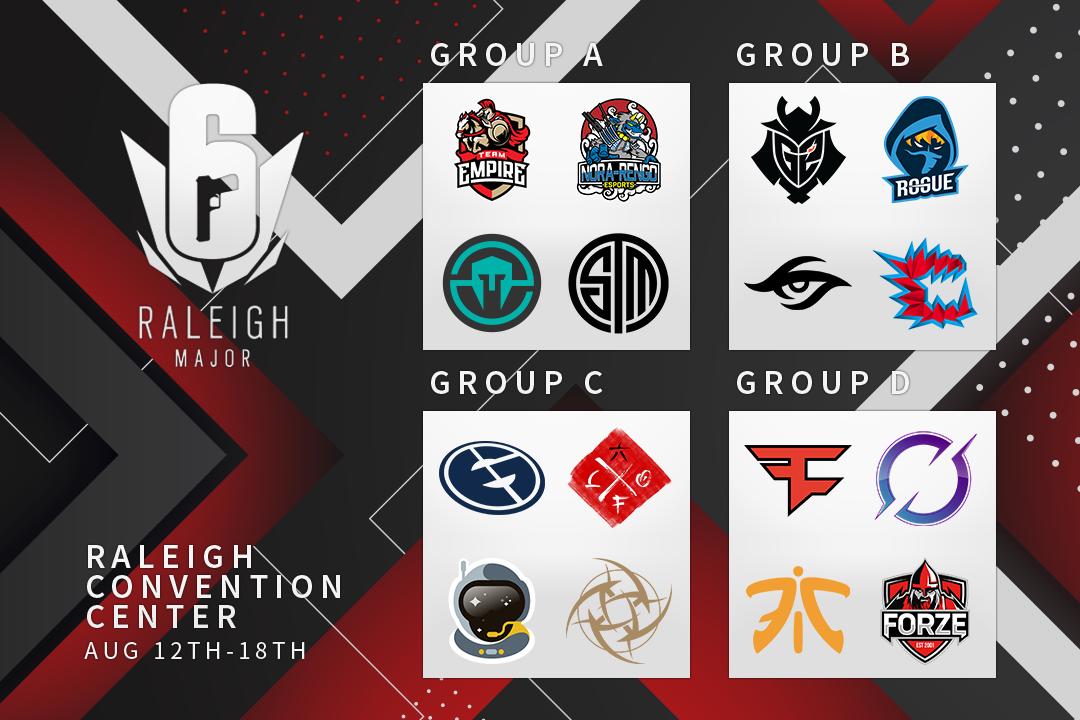 We're about to compete in a Major which means we're in the same boat as the 15 others best teams in the world, so I genuinely think no one is above anyone. "No one scares us but we remain cautious about everyone"-- that is my motto.

How have you been preparing for the Major?

We recently changed some roles in order to optimize if not upgrade our game plan and are doing a lot of preparation on it. We scrim more, we dry-run more, we are 200% focussed on that upcoming Major group. Obviously we couldn't bootcamp due to the lack of an org and means to get into facilities, so we're preparing from home.

Is a pickup by an organisation before the Major likely?

Is there anything you’d like to say to your fans?

I would like to say a huge thank you to all the fans from all over the world who are cheering for us and waiting for that org announcement -- the support you brought us helped a lot and we will do anything we can to rise to the occasion!

The Six Major Raleigh 2019 is taking place from the 12th of August to the 18th, where Looking For Org will be pitted against the best teams on the planet, starting off with Evil Geniuses, Spacestation Gaming, and Ninjas in Pyjamas in Group C (dubbed the ‘Group of Death’), and will be looking to have a great result to show for their preparation, and attract an organisation befitting their talent.