They are the only Berlin Major-qualified team to have played there.

At the start of Aug. 2022, DWG KIA participated in the Gamers8 event, a $2 million tournament located in Saudi Arabia. Despite elimination in the group stage after losses against Team Liquid and Spacestation Gaming, the Koreans secured themselves $140,000.

But besides the money involved, DWG’s takeaway from Riyadh would have been slightly different to the other seven Gamers8 participants. Just next week, on Monday, the Koreans will also be playing at the Berlin Major.

So, what can we learn from DWG KIA’s three-day jaunt in Saudi Arabia?

Throughout Stage 2, DWG KIA played a total of 15 games – seven in APAC North and eight in the Korean Open. After winning 13 in a row and securing a spot at the Berlin Major, the Koreans experienced a minor dip in their performances, resulting in two regional losses.

Clocking in at six plays, Villa is DWG’s most-played map. It’s arguably the team’s best map, but teams in the Korean Open decided to challenge the Sweden Major semi-finalists there anyway. Curiously, the only team to ban Villa against DWG were SANDBOX Gaming.

Teams picking Villa over any other map has worked well for DWG, as they have been able to hide potential new strategies on different maps.

Focusing on APAC North, DWG played Oregon and Border twice, while all of Bank, Chalet, and Skyscraper featured just once.

DWG’s first match at Gamers8 was against Spacestation Gaming, who used the event to trial Lorenzo “Dexter” after parting ways with Alexander “Skys” Magor.

In terms of operator bans, DWG did not surprise. The Koreans got rid of Mira and Nokk on Chalet, Mira and Azami on Theme Park, and Mira and Finka on Bank.

Meanwhile, Spacestation went bold with some ‘funky bans’ – Flores and Azami on Chalet, Thatcher and Mira on Theme Park, and Dokkaebi and Valkyrie on Bank.

Roles-wise, DWG remained unchanged on Chalet and Bank, as only Spacestation’s target bans could have forced the Koreans to pivot to other operators.

For example, Dokkaebi’s ban on Bank saw Jo “coted” Sung-joon move to Twitch and Nokk, a ban that clearly dulled the Koreans’ attacks. Coted had used Dokkaebi in the team’s only game on Bank this stage, played against Fnatic.

However, all eyes should be on their Theme Park. Alongside Kafe and Club House, Theme Park was one of the maps DWG did not play throughout Stage 2 until Gamers8.

The last time DWG played the map was against CYCLOPS athlete gaming at the Stage 1 APAC Playoffs. Then, the Koreans had lost in overtime to the Japanese side.

SSG are apparently no fans of Theme Park either, as the last time they played it in the NAL was in Sept. 2020, back when the NA region was split between US and Canada Divisions.

At the Charlotte Major, Theme Park was the sixth-most picked map (out of nine total) with six appearances. However, DWG’s group stage opponents Rogue, Ninjas in Pyjamas, and XSET have yet to play Theme Park in official competitions since the map was reintroduced to the map pool.

In other words, considering DWG’s and their group stage rivals’ nonexistent records on the map, playing Theme Park might not have been a bad idea. Showing strategies on a map you and your opponents possibly don’t intend to play is, in effect, safely worthless.

Against Liquid, DWG KIA were not forced to improvise much. The Koreans banned Mira and Finka all three maps, with the only exception being Jackal on Villa, following the trend seen this stage in APAC.

On Villa, the team’s played largely similarly to how they did in APAC North. The Koreans’ only change was when Coted played Finka instead of Sledge, his usual pick on the Italian map.

The second map was Oregon, as DWG defeated Liquid by a 7-1 margin. Surprisingly, the Koreans had lost there to their compatriots on Spear Gaming just two weeks before Gamers8. Operator-wise, the team remained unchanged for most of the defenses, using the same lineups seen in prior games like their APAC North game against Talon Esports, or their Korean Open game against Spear.

DWG’s main difference on Oregon was seen with Jang “RIN” Beyong-uk, who usually plays Kaid on the basement defense. With the Moroccan defender banned, RIN played Thunderbird instead.

Finally, the Koreans played on Skyscraper for the first time since beating CAG 7-2 this stage in APAC North. Back then, their Montagne and Lion combination gave the team the upper hand.

Just like against CAG, the Koreans tried to throw their opponents off through Park “Woogiman” Jin-wook, who was seen playing five different attacking operators. That pushed RIN to a flank-watch role, mainly using Nomad and Lion. It did not have the desired effect, however, as Liquid won five of their six defenses. But, again, it’s hard to draw too many conclusions from this map.

Have DWG KIA shown too much before the Berlin Major? 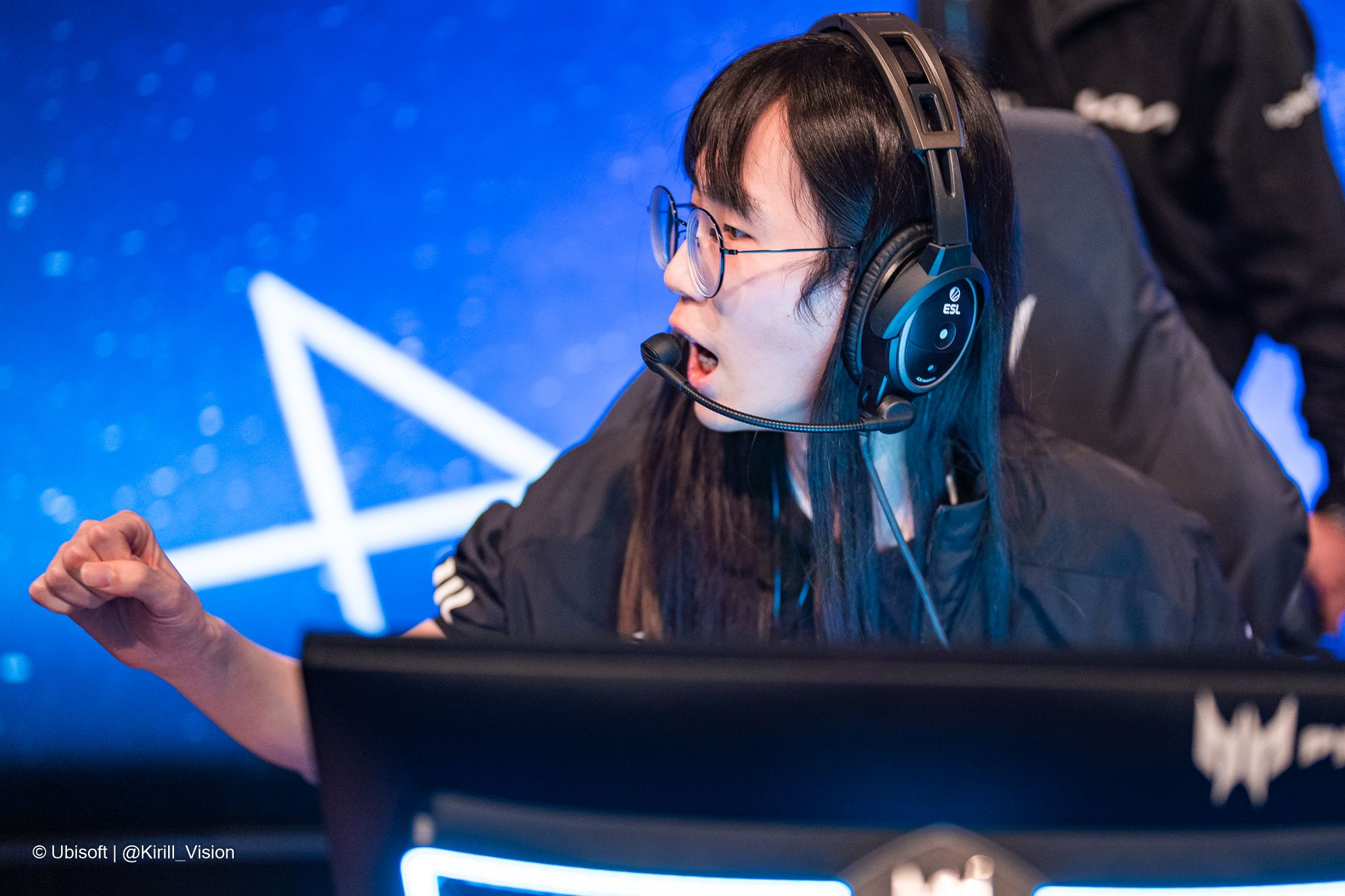 Playing at the event obviously gave some extra information to teams like Ninjas in Pyjamas, Rogue, and XSET, who share Group A with the Koreans. At the same time, DWG KIA have been very careful. Other than Theme Park, a map we don’t expect the Koreans to pick, they haven’t been pulling out any surprises.

All operators picked and strategies followed, especially against Team Liquid, were very similar to the ones seen in Korea and APAC North. In other words, DWG KIA haven’t shown anything special or game-changing -- instead, they’ve mainly been able to use the event, likely as non-specific practice.

Gamers8 has provided DWG KIA with a boost of LAN experience and game time against two of the best squads in the game just a week and a half before the Major. They spoke about how they felt that "just winning is not that good" and failing to win a match at Gamers8 may just have been what they needed.