What can I pack in a Bravo Pack?

You might know much about Alpha Packs, but what about Siege's newest type of pack, the Bravo Pack?

Bravo Packs have been in the game for less than a month but have already hit hard. These are the latest sensation in Rainbow Six Siege. But, why? Let's find out more about Bravo Packs!

Can I pack Black Ice skins in a Bravo Pack? 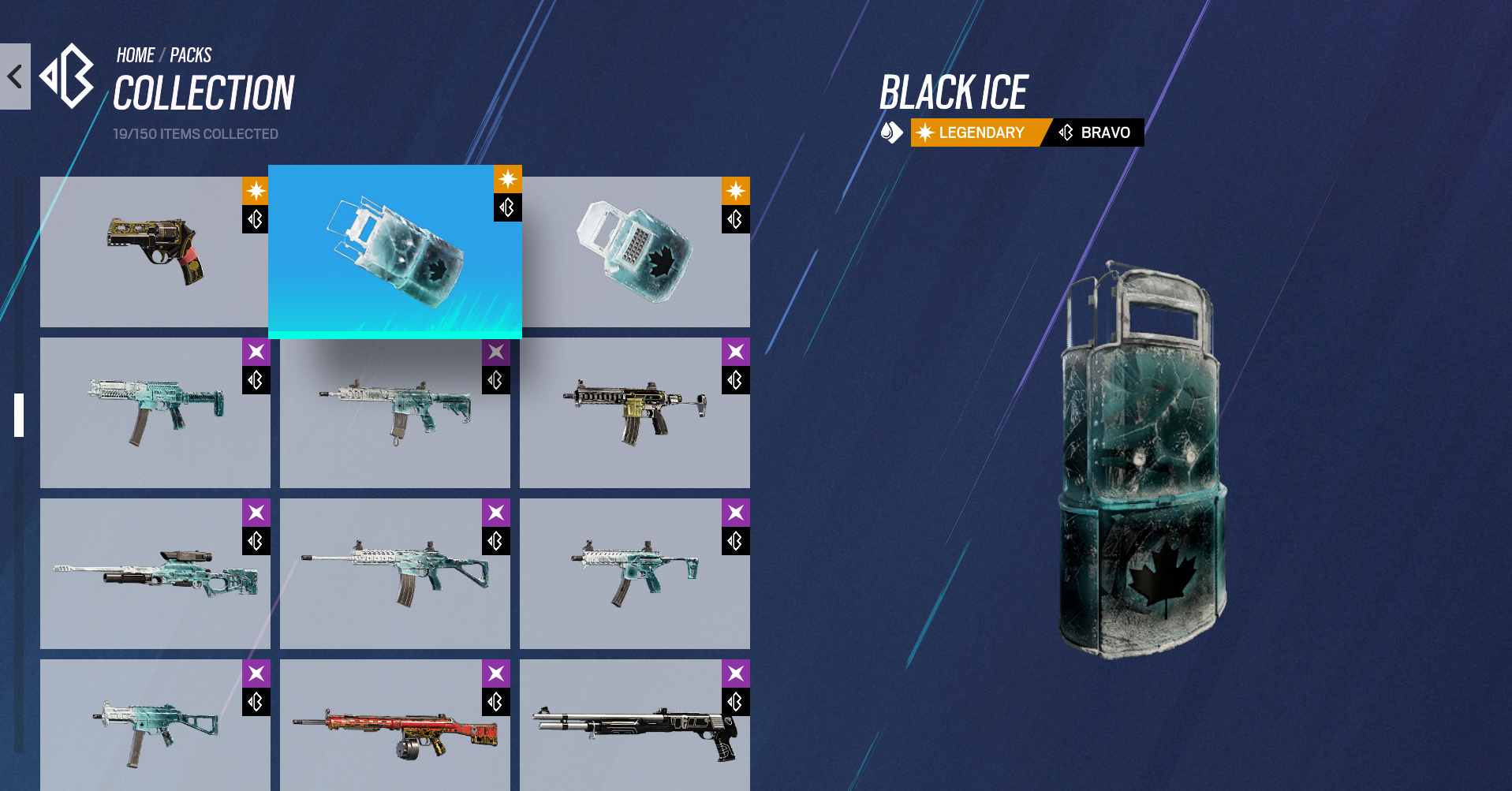 Yes, you can pack Black Ice skins in Bravo Packs! This is exactly one of the reasons why players like Bravo Packs so much. The number of great and strange skins you can find is quite large.

Since Bravo Packs can only be unlocked by purchasing the Premium Battle Pass and playing the game, this is a great way to motivate players to grind.

Now, Black Ice skins are also available for Montagne's and Blitz's shields. Other operators such as Kali or Maverick have also been given Black Ice skins. This has also opened the discussion of how rare are now Black Ice skins, as more guns on the list and more ways to pack them should affect the skin's exclusivity.

What can I pack in a Bravo Pack? Bravo Packs give you a shot to pack up to 150 different cosmetics. Also, you will never pack already owned items — forget about getting duplicates.

You can have a look at the Bravo Pack items by going to the Packs section. Once you are there, move to the Bravo Packs tab and press on Collection.

The most exclusive item on the list probably is the Plasma Pink skin, which is universal.

Keep in mind that items are labeled into categories, which include common, uncommon, rare, epic, and legendary. Each type has its own color, which appears when you open a pack. 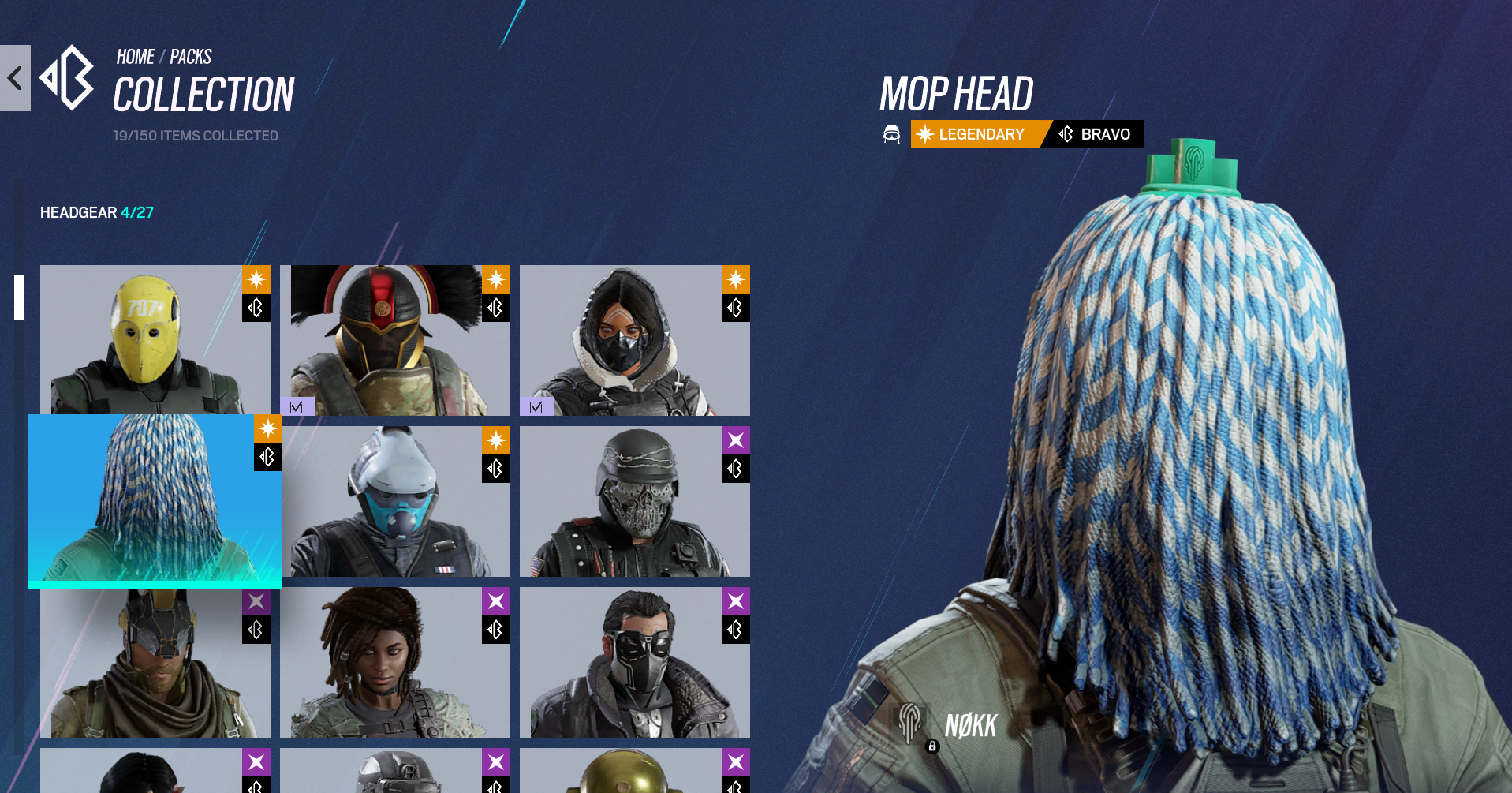 Nokk's Mop Head headgear is on the list of items that can be packed with Bravo Packs. This is possibly one of the most hilarious headgears in the game. 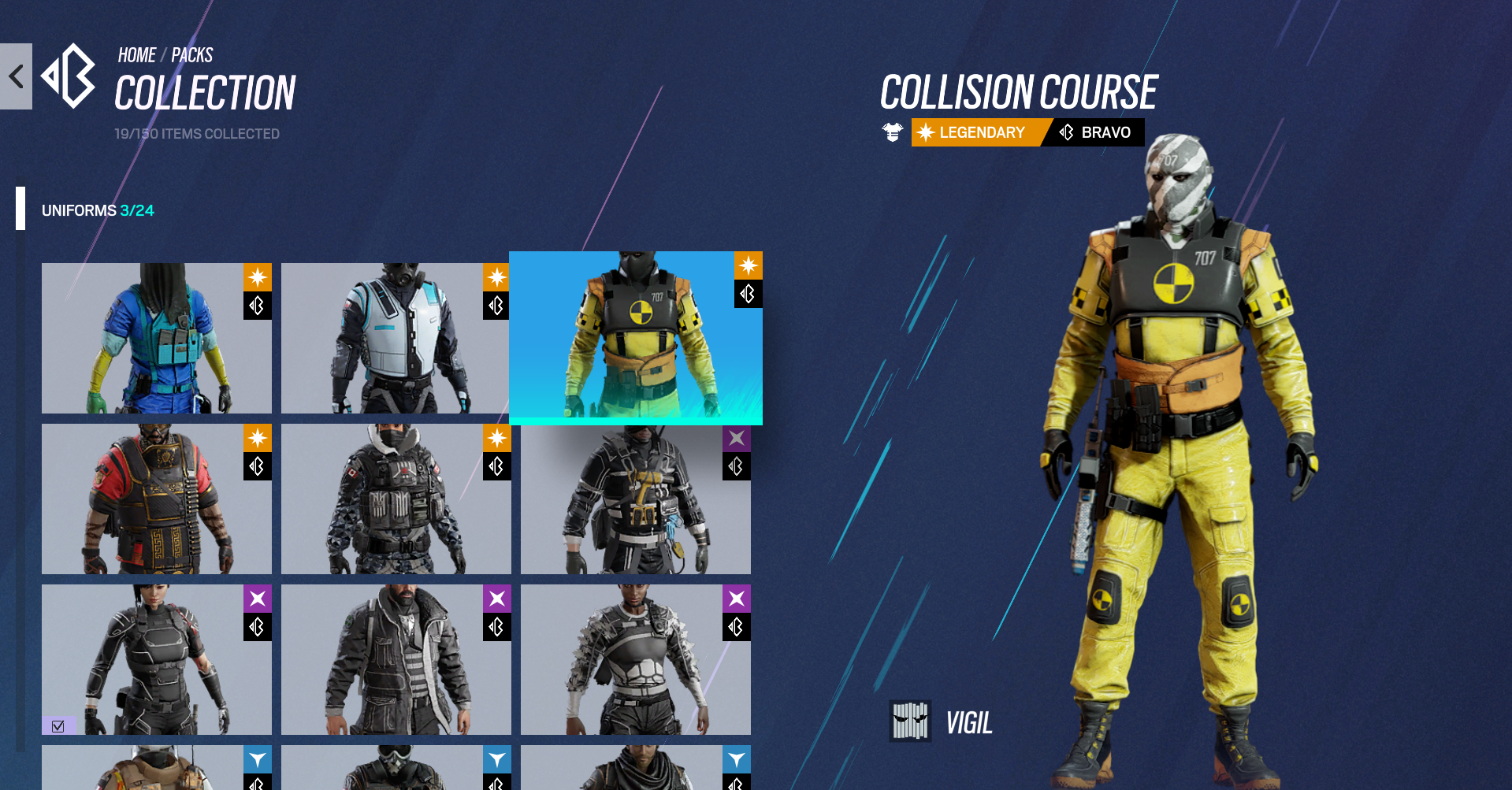 You can pack up to 24 different uniforms. Five of them are labeled as legendary, with Vigil's probably being the best on the list. 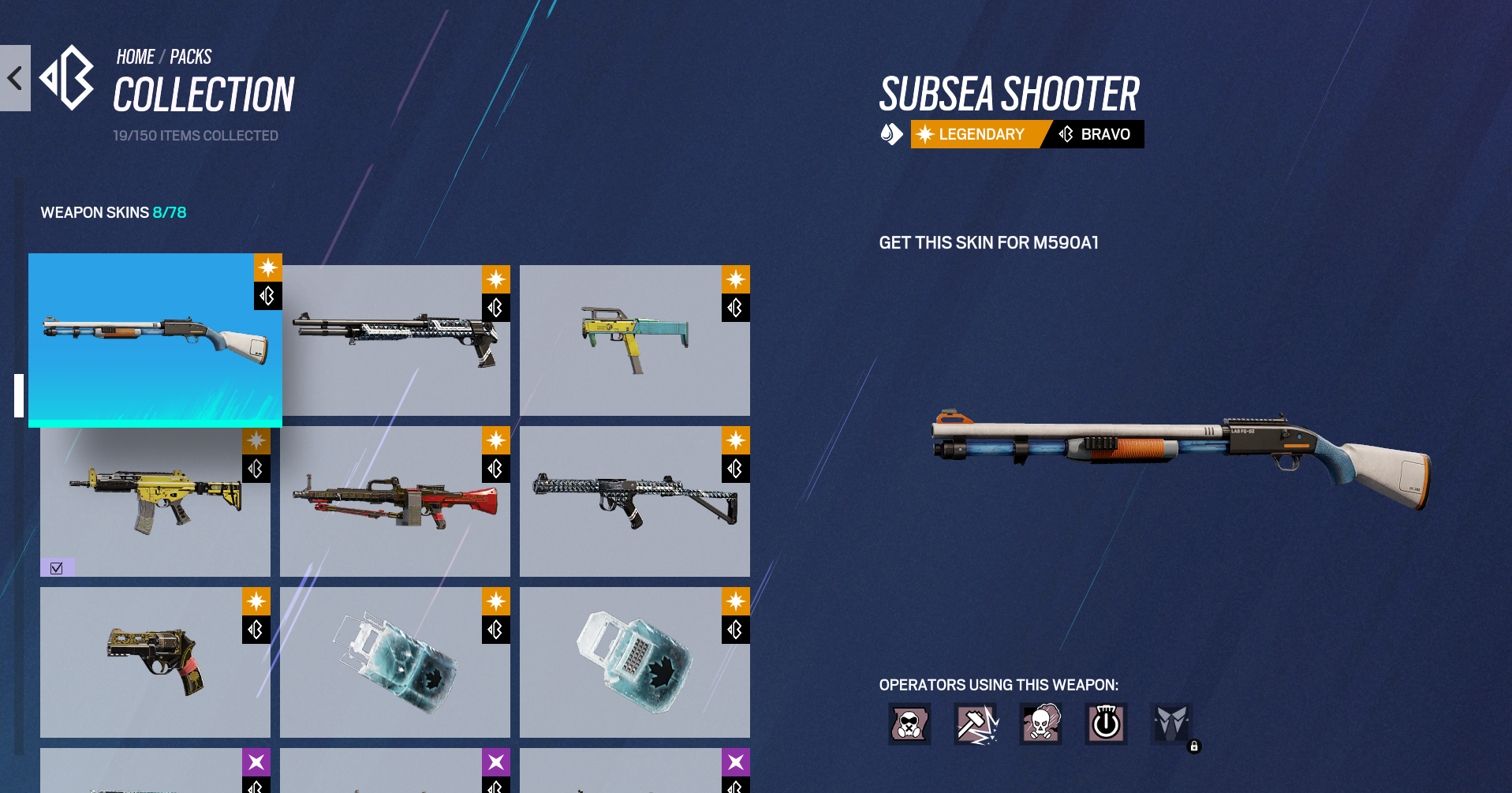 More than half of the items in the list are weapon skins. We must add various legendary skins to the previously mentioned Black Ice skins, plus some other cosmetics from different bundles. Great variety, great success. Let's be honest here, charms aren't what you expect to get when you open a pack. I don't know anybody who asks for a charm when opening an Alpha or a Bravo Pack. But c'mon, these at least look cute, right?