As the next Siege Major is heading to the US, Thermite has been the chosen operator.

Rainbow Six Siege has launched a brand new bundle for Thermite in honor of May's Six Major, which will be played in the United States. Thermite is an American operator, which is why he has been chosen to represent the next international Siege event.

This is not the first time Rainbow Six Siege released special bundles in honor of international competitions. Sweden Major's operator was Lesion, as the event was expected to be held in the APAC region — however, due to the pandemic, the competition had to be moved to Europe.

Thermite isn't the first FBI operator with an esports bundle, as Castle got its own for the Raleigh Major.

What does the Thermite Six Major bundle look like? 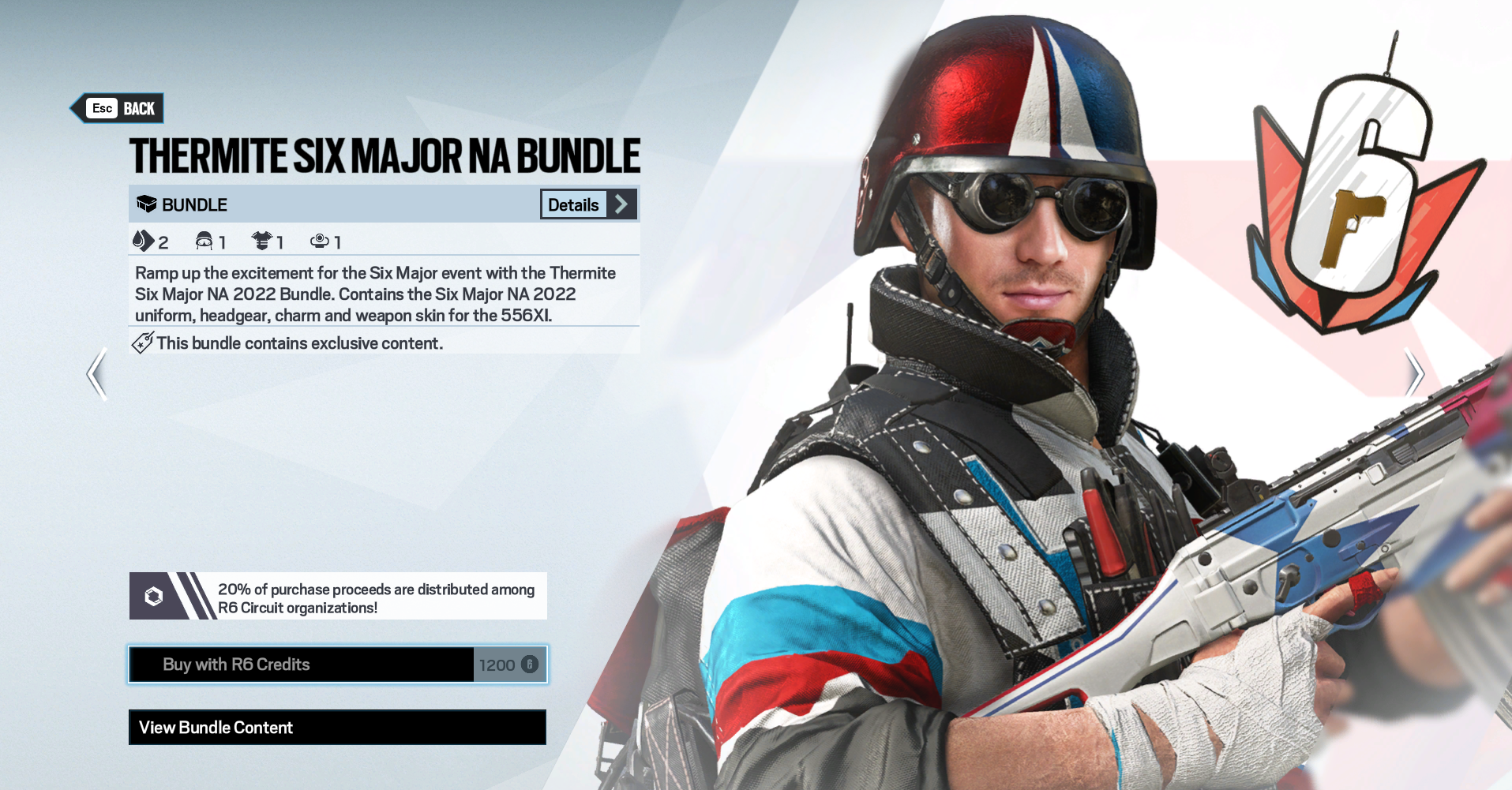 Thermite's bundle looks... American. The only colors that can be seen alongside the standard black are red, white, and blue, which are the colors of the United States flag.

The bundle includes a weapon skin for Thermite's and Osa's 556XI, a headgear, a uniform, and a charm. Purchasing it will cost you 1200 R6 Credits, and 20% of the sales will be distributed among the R6 Circuit teams.

What is a Six Major?

The best four teams from each region after the conclusion of the stage are invited to compete in the Six Major, the second biggest event in the Rainbow Six Siege professional circuit. The best 16 teams in the world play to win not just the tournament but also to bring home part of the prize pool, which is valued at $500K.

So far, Rainbow Six Siege has had four Six Majors, each one with a different champion:

This year's Majors will be played in the United States (May), unknown location (August), and APAC (November). The United Arab Emirates was chosen as the country to hold the second Major of the event, but Ubisoft decided to change the location after a wave of critics from the community.

Check out the following link for more information on the history of Rainbow Six Siege's Six Majors.