With the APAC and LATAM regions nearing their end for Stage 1 2022, here are some of the standout statistics behind the last few weeks of professional games.

With at least four games now played in all four regions, here’s a breakdown of some of the more impressive numbers behind last week’s results.

Oxygen is statistically in a league of their own

These four players all currently play for Oxygen, making this one of the most statistically dominant performances in NAL history so far.

As well as just topping the statistics, for survival and KOST Oxygen locks out the top four and three spots respectively while three of the top five kill differentials are from Oxygen players, and both VertcL and LaXInG are first and second by rating. No other team gets close to their numbers.

These statistics have also translated to their results with them and Dire Wolves in APAC South being the only teams to win every point on offer so far. Oxygen has the highest round win rate in the world at 72 percent.

On Tuesday, the NA League passes its halfway point for Stage 1 and, crucially, Oxygen will be facing the league’s second-place team, Spacestation Gaming. If Oxygen can keep this performance up against them they’re set to be the standout favorites at their home Six Major in May.

The battle between Finka and Zofia as Ash’s replacement has been well and truly won by Finka as she sits as the most played attacker in the EUL and BR6, the second most played in the NAL, and the most present in APAC South.

In contrast, Zofia is down as the 13th most present in the EUL while Ash is most popular in the BR6 League with just a 13 percent pick rate.

This is remarkable as, excluding APAC North, if we compare these figures to Ash’s peak, Finka’s just as popular now as Ash was during the start of Year 2 when there were only 15 attackers compared to the current 31.

APAC North is a whole different story, as Finka’s down to a 49 percent pick rate while Iana’s on 51, and Zofia’s on 65 percent.

The driving force for this is the Korean rosters with them favoring Zofia way more than the Japanese sides. Both nation’s Finka and Iana picks are relatively even to each other.

With the Korean rosters performing much better than their Japanese counterparts, this strategic decision is seemingly working out even if they are the only sub-region worldwide who’s opting to stick by Zofia.

During stage three last year Talon Esports’ Yugeun "h3dy" Kwon was the team’s worst-performing player with a SiegeGG Rating of 0.89. This stage, despite remaining on Hibana and Smoke, the player has seen a complete 180 in performance to become the key reason Talon currently leads the APAC North standings.

On attack, h3dy has currently secured a 1.27 Rating as well as the best entry record while playing as the team’s lone hard breacher and with a massive 10 plants.

10 plants in six games from h3dy is more than Talon secured as a team during Stage 3 2021. It’s also the highest plant rate in APAC.

While his performance dips on the defense, this is made up for by his teammates, Daeyeong "Demic" Kim and Sihyeon "Soldier" Lee, who sit with two of the five highest kills-per-round figures in the league.

Talon has now already locked in a spot in the APAC Playoffs with one game remaining after prior stage performances of ninth, ninth, fifth, sixth, and sixth place. Without making a single change, Talon looks like a whole new team and a large part of this is on h3dy’s shoulders. 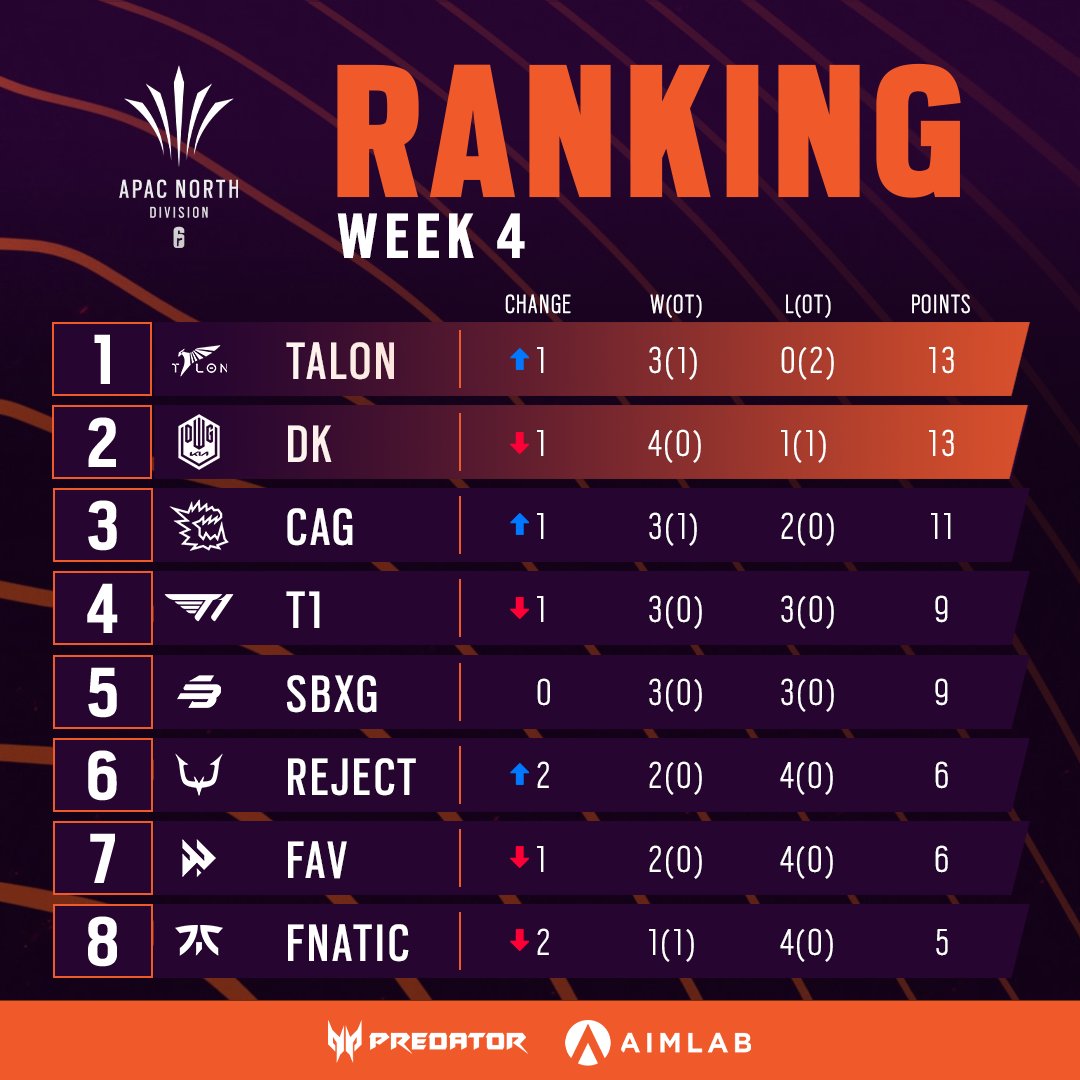