Tomorrow, two EUL teams can punch their ticket to Charlotte.

The announcement of next month’s Six Charlotte Major on Thursday came as all four region’s competitions near their end. This means that in the coming weeks' teams will start to lock in their spots in the Major with Heroic having the first chance to do so on Monday.

On Monday, Heroic will play the fourth game of the day against Outsiders. If they gain all three points from the match, they are guaranteed a top-four spot, and so qualify for the Six Major.

If Heroic wins in overtime and so only gains two points they still can qualify but it relies on other team's results. They’d need either LFO to get zero points against NAVI, G2 to get zero against PWNZ, or BDS to lose against Secret. Any of these three results would mean that the other two as well as Rogue could overtake Heroic putting them into fourth, but no lower, hence Heroic would qualify for the Major once again.

If Heroic loses their game against Outsiders, they’ll have to wait another week to qualify no matter the other results. This is as even if Heroic only gains one point and all their closest rivals gain zero, a five-way tie for third is still possible between them, Rogue, LFO, G2, and NAVI. 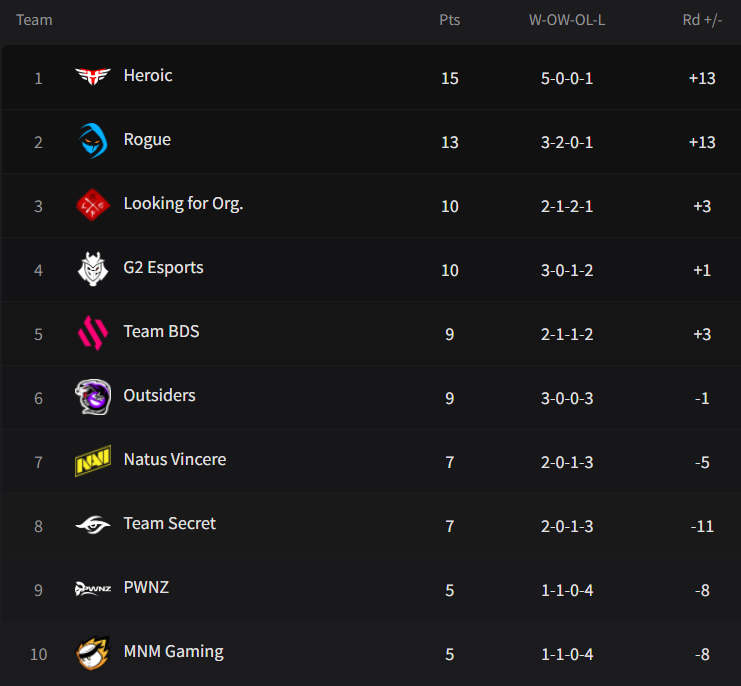 Looking down to Rogue, they can also qualify but it would involve a number of upsets. Heroic, Rogue, and BDS need to win three points each in their games which is not too unlikely, then NAVI needs to beat LFO in overtime, and PWNZ needs to win all three points against G2.

These last two results are where the difficulty comes, with G2 and LFO both currently in the top four. Should this happen Rogue would hit 16 points with four other teams within six points of them with two games to go. With BDS and G2 still yet to play each other on the final playday, both of these teams can’t overtake Rogue, a top-four is guaranteed.

Finally, we have North America which could see a number of teams qualify this coming week as, unlike in the EUL, there will be two NAL playdays. With just three points separating first from fifth place, there are currently too many scenarios to go through, however, for Oxygen and Astralis to without a doubt guarantee their Major spots without the help of other team’s results, they both must gain all six points on offer. 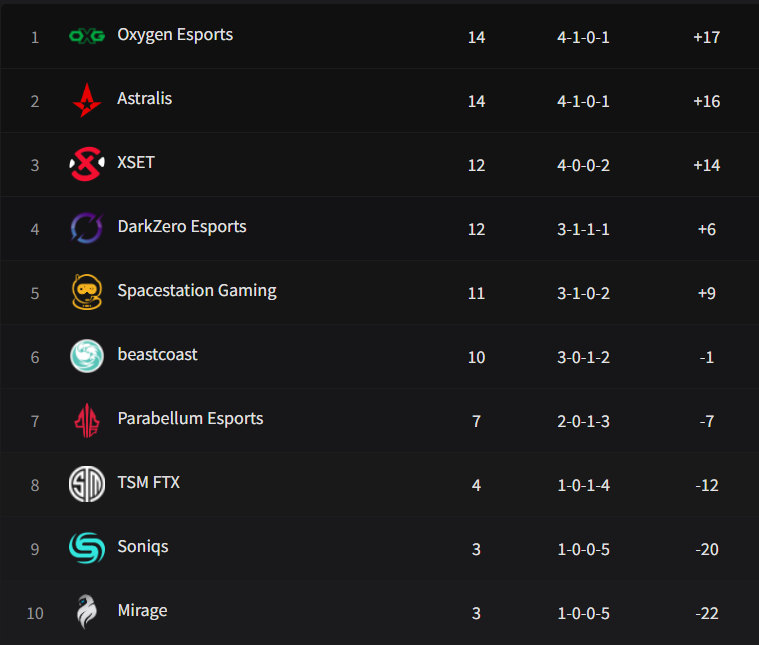