Fates hang in the balance.

A total of 16 games will take place tomorrow in the second of three group stage play days of the Six Jönköping Major. Every team will play twice, starting from 10:30AM CET (UTC+2), across two channels.

With so many games happening, it may be hard to keep a track of all of them, so here are the three biggest games to watch on day two and why they are so important.

While Groups B and C both seem like blowouts so far, A is so far the most competitive, with Soniqs, Black Dragons, and CYCLOPS athlete gaming separated by just a single point.

CAG lost to both BD and MNM in 6-8 scorelines, both of which included multiple choked match points. Now, they’re set to play Soniqs who were smashed 3-7 by MNM Gaming in the group’s first game.

CAG need a win here to stay in the tournament and they’ve proven they can get it if they just keep their heads. They are APAC North’s best hopes at this tournament and this is their most promising opening in a while.

On the other hand, yesterday’s loss from Soniqs was not a good start and beating BD in just a 7-5 is also less than they would have expected. They’ll want to start day two off strong.

Team Liquid and TSM currently have six points after two regulation wins in Group B. This means that the winner of this group will go first and, in all likelihood, lock in a Six Major playoff position.

With both teams being serious contenders to win the Six Major, this also could be a massive clue at what next weekend’s playoffs will have to offer and be the first real test for both teams against global opponents since they made the roster change.

Finally, with SSG, Mirage, and Soniqs all underperforming on day one, North Americans should be glued to this game as their main Major hopes continue their run.

Immediately following the TSM game on the same channel comes the battle for first in Group C.

BDS and w7m also both have six points, meaning the same dynamic is in play; win and a playoff is effectively in your grasp.

This will also be the first EU vs LATAM game of the day after both regions finished with a 6-2 record on day one. Whichever team wins could make the difference in which region has the best performance by the end of the day.

Finally, BDS have a long history against w7m’s Julio "Julio" Giacomelli, with them first meeting at BDS’ first global event almost three years ago. BDS previously tied 4-7, 7-4 during the Sweden Major groups against Julio after losing 1-2 during both the SI 2021 upper-bracket quarter-finals and the SI 2020 lower-bracket semi-finals against him. Now, they’ll want their revenge. 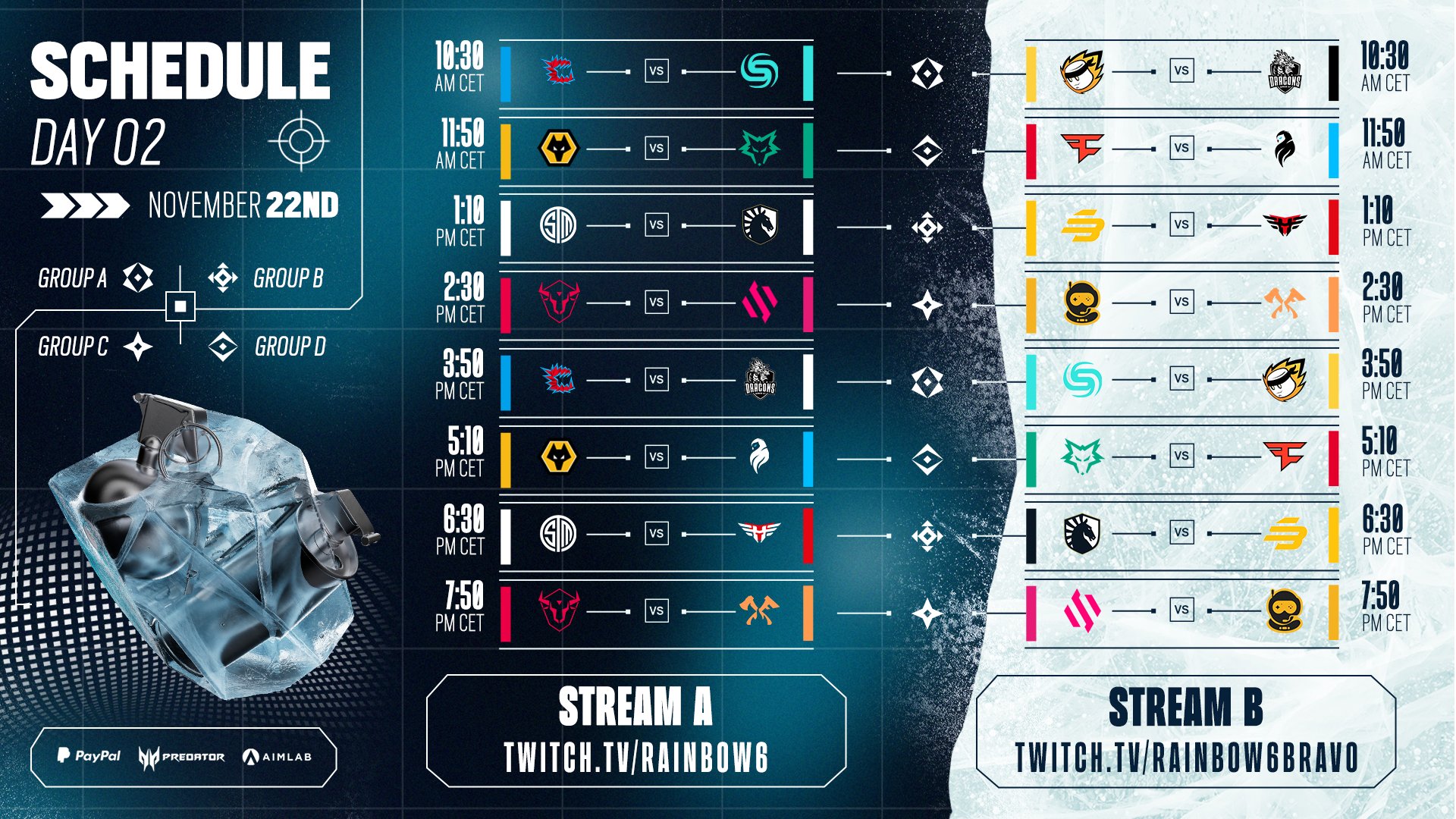