BR6 Stage 2: Everything you need to know

The second stage of the Brasileirão kicks off on Saturday.

The long awaited second stage of the Brasileirao is finally here. Teams in the competition have finally been allowed to compete on LAN, joining the North American League as the only top-flight Siege leagues to be held on a stage.

Ninjas in Pyjamas was the only team that decided to make changes in its playing line up, while FURIA Esports, MIBR, FaZe Clan, and NiP, too, opted to shake up their coaching staff. 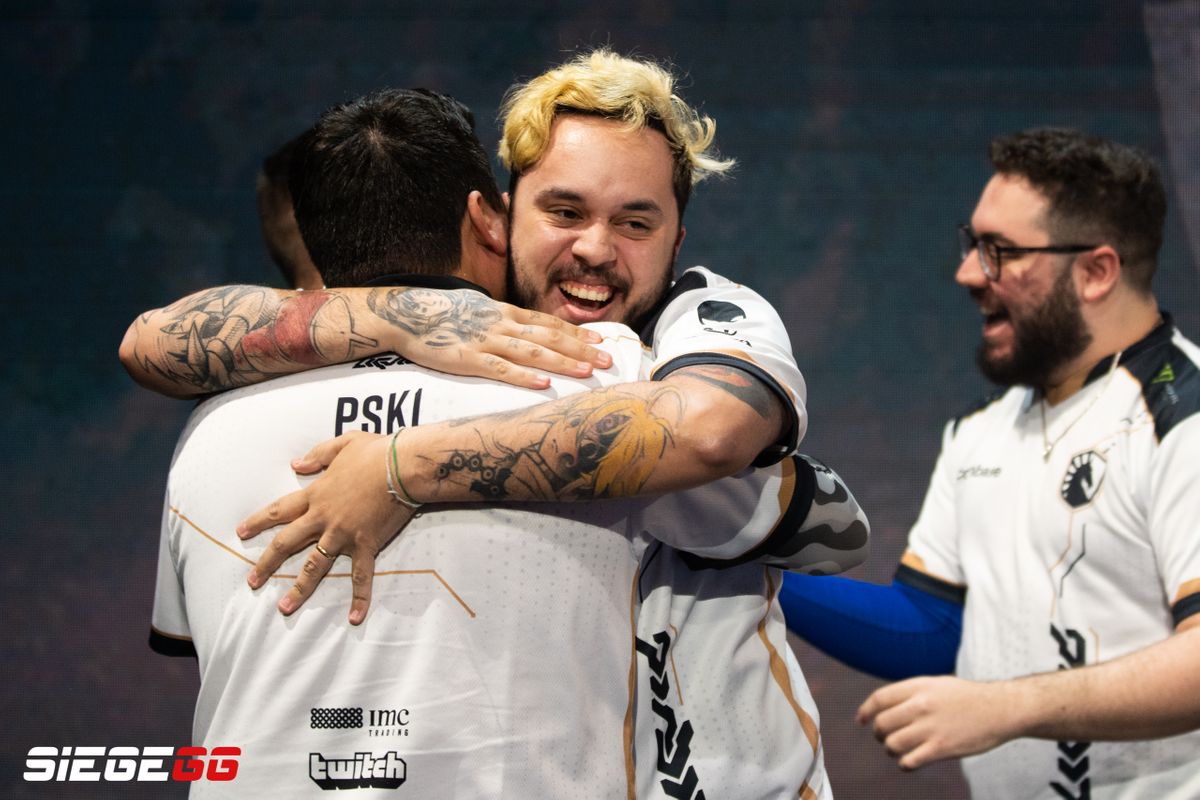 Despite the Brasileirao being one of the two toughest Siege regional leagues, Team Liquid is always among the top four. Historically and statistically, they are once more the favorites to clinch a Copa Elite Six spot, mainly due to their consistency throughout the last stages.

From zeroes to heroes; w7m esports went from almost being relegated to registering the best-ever record in a Brasileirao stage after winning eight matches and losing just one. In their first top-flight split, the rookies Joao “Jv92” Vitor and Gabriel “volpz” Fernandes were crucial in the team’s result. Now, with the rest of the teams knowing more about the roster’s play style, it’s going to be interesting to see how the players will perform.

FURIA Esports made the comeback of the stage as the team qualified for the Charlotte Major after climbing from ninth to fourth throughout the final three days of competition. Although that’s undoubtedly epic, it will likely not happen again. In Brazil, these flukes are not frequent. Momentum is important and the team needs a good start to the league this time.

The team’s only transfer move was in the coaching department, as Marlon “Twister” Mello parted ways with FURIA and former Ninjas in Pyjamas player Julio “JULIO” Giacomelli joined.

Alongside w7m esports, Team oNe are the winners of the transfer market – brands with much more economic power didn’t pick apart these emerging rosters, especially with Ninjas in Pyjamas making moves. As a result, there was no butterfly effect in Brazil this time.

Lorenzo “Lagonis” Volpi’s leadership moved the team into the top-four, giving them a first taste of international experience. Talent is there, knowledge too. Clearly quick learners, the guys on Team oNe could be up for great things in the future. 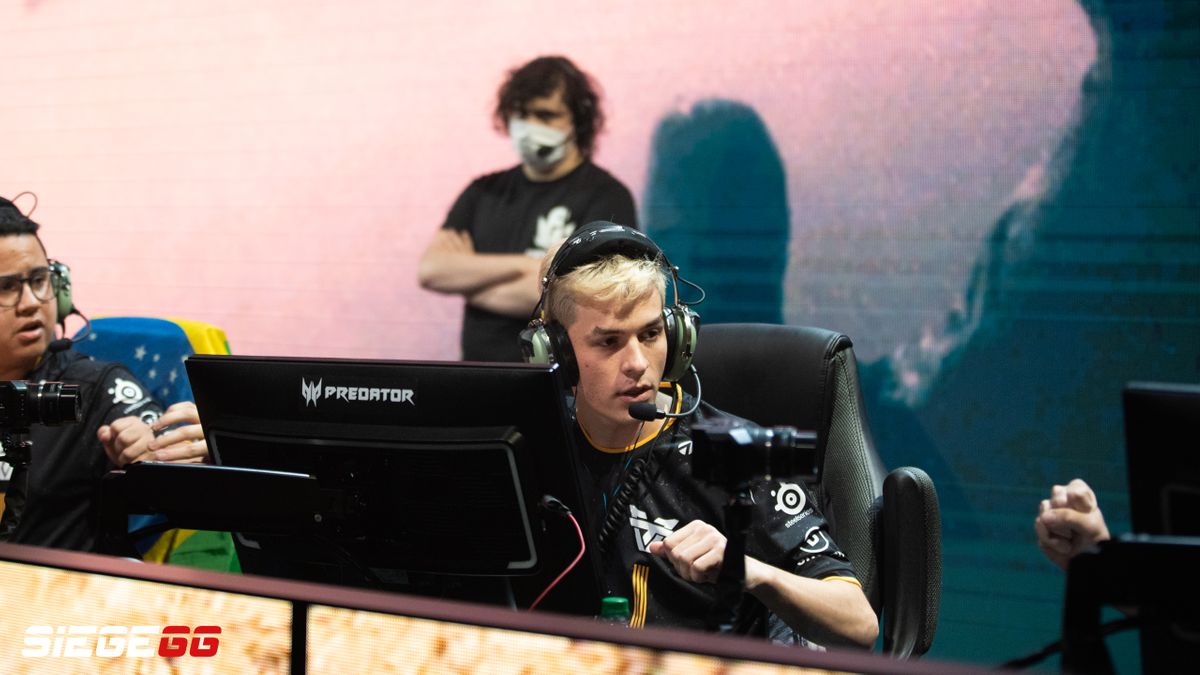 Individually, Black Dragons is possibly one of the most talented rosters in the league. Felipe “nade” Sá emerged as the team’s best performer in his very first professional stage, finishing as the second-best rated player in the competition. Vitor “peres” Peres and Guilherme “Bassetto” Bassetto have also already proven their value since their debuts last year.

In their second stage together, Black Dragons could upset the big names in the league and finally qualify for an international event for the first time since the Six Invitational 2018.

It’s not the greatest moment to be a FaZe Clan fan. The team lost Brazil’s Clasico against Team Liquid, missing out on the Copa Elite Six. Now, a very important piece has left the roster, as César “Dark” Adriano has signed for MIBR as their new coach. FaZe’s future is uncertain, with this second stage being crucial especially after not scoring a single SI Point in Stage 1.

Since Matheus “Budega” Figueiredo’s departure, the team’s manager Guilherme “Guille” Scalfi has been working as a coach. A tumultuous year ended with a second top four finish for the team at a Six Invitational, meaning the decision wasn’t bad after all. With the addition of Dark, MIBR could solve various of the team’s problems and finally qualify for a Siege Major.

Despite finishing above 00 Nation and Ninjas in Pyjamas, INTZ are still relegation favorites. Nevertheless, the team got important victories throughout the first stage including a maximum overtime win against w7m esports. If the team has a good day, they can defeat any side in the competition – and that’s the beautiful thing about Brazil.

A team that went pretty much unnoticed was 00 Nation, despite the viewers’ expectations around the former Team oNe core and the return of Thiago “xS3xyCake” Reis. The first stage was a bit of a headache for the team, as the players competed from their respective houses. Moving into a gaming house, the team won the Copa do Brasil. Playing on LAN can be beneficial considering the experience these players have at international competitions.

Julio “JULIO” Giacomelli is a legend of the game, hence why his departure from Ninjas in Pyjamas marked the end of an era. Considering the great number of emerging talents waiting for a top-flight call, it was the Ninjas’ turn to trust in the country’s second tier.

Gustavo “Wizard” Gomes joined Ninjas in Pyjamas in what’s the team’s first signing in more than two years, a milestone not many teams can brag about nowadays. His incorporation into the team comes after Ninjas in Pyjamas’ worst showing in Rainbow Six Siege, as the roster was the first stage’s tailender with just five points. It also meant the team would miss out on an international event for the first time since the Milano Finals, which date back to May 2019.

Undoubtedly, all the eyes will be focused on not only the rookie but also the team’s performances throughout the stage.

Catch the start of Stage 2 of the BR6 on Saturday, Jun. 18, at 1 PM on the Brazilian R6esportsBR channel.