What is the Six Invitational 2022 schedule?

This is when the games will be played.

Wondering about the structure of the Six Invitational 2022? Aren't sure when teams are actually playing? We have all the information you need to follow the action.

The Six Invitational 2022 will be played from Feb. 8 to Feb. 20 in Stockholm, Sweden, where the best teams 20 Siege teams in the world will aim at being crowned world champions.

Here's a basic summary of what's to come. From Feb. 8 to Feb. 12, teams will play in a group stage, where the best team will directly qualify to the Upper Quarter-Finals, second and third-placed teams will qualify for Upper Round 1, the fourth will move to the Lower Round 1, while the fifth will be eliminated.

Many games, many rounds. Understanding the system behind the group stage and the bracket could take some time, especially at understanding when's everything going to be played.

Group Stage is the very first stage of the Six Invitational 2022, so it will begin on Feb. 8. This stage of the tournament will start on Tuesday and will last until Saturday, Feb. 12.

Here's how group stage the matches have been scheduled: 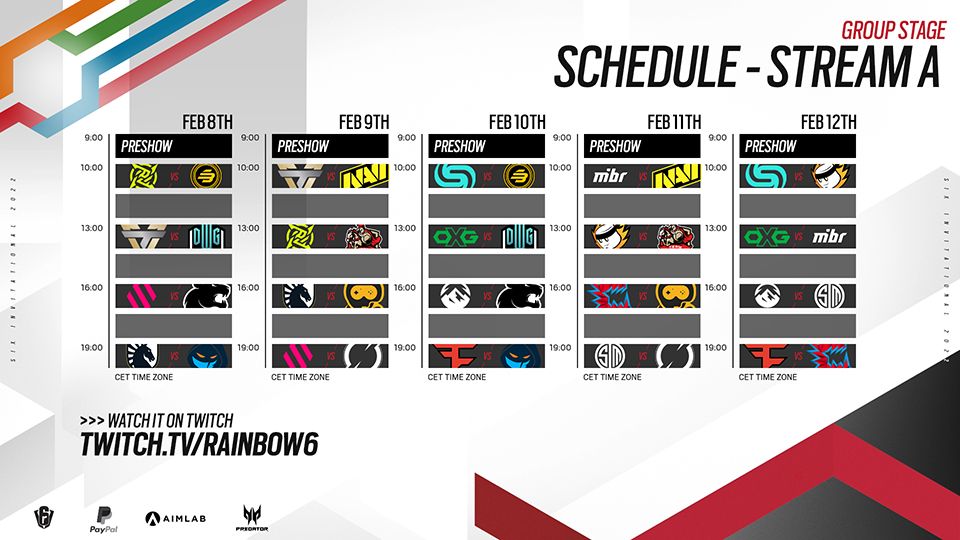 That's how it looks for Stream A. However, there are two games being played at the same time, meaning there's a second schedule to have in mind which is covered by Stream B. Here is Stream B's schedule: 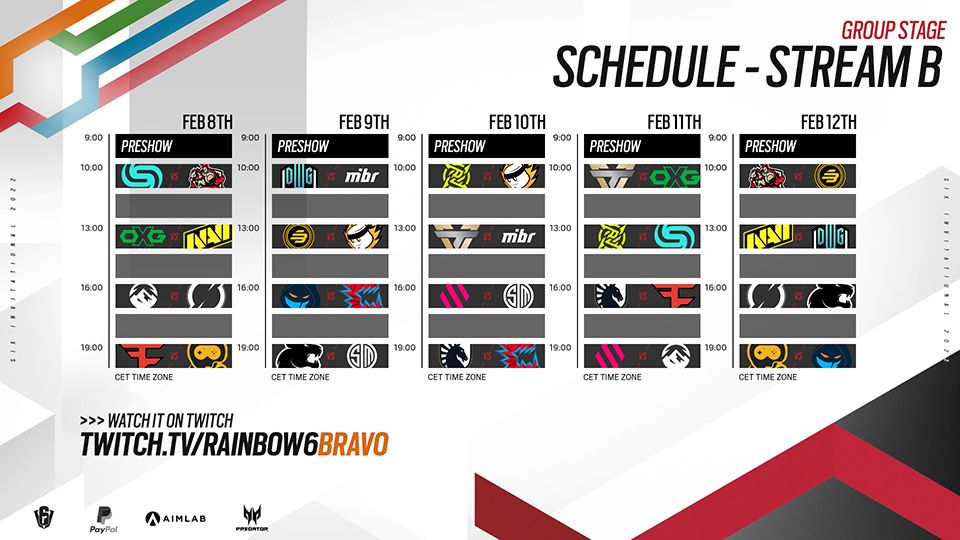 Eight teams will come out on top of each bracket. Let's now have a look at what's next for the 16 remaining teams. 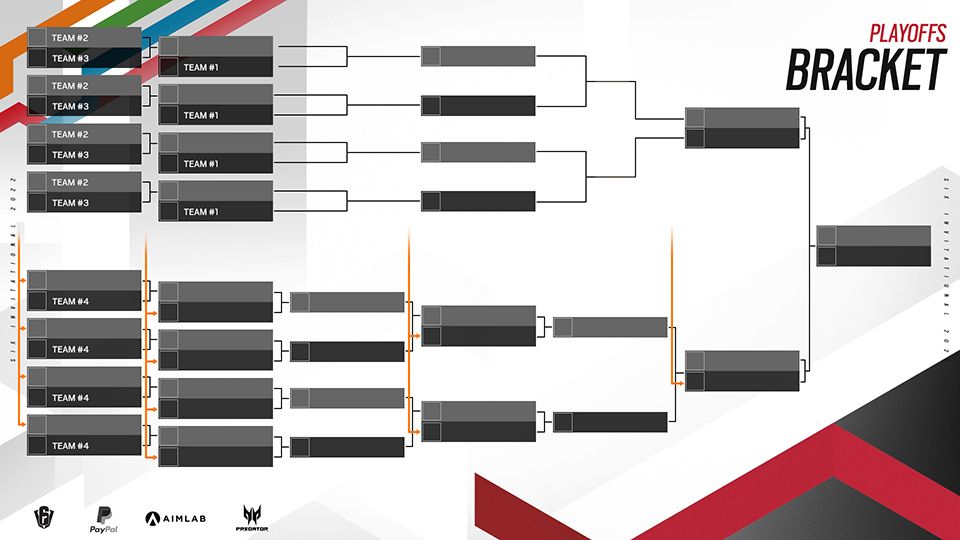 Fourth-placed teams in the group stage are back in action as they will play against Upper Bracket Round 1 losers. Games will begin at 10 pm CET and 1 pm CET. Winners will advance to Lower Round 2, where they will face the quarter-finals losers. Matches are to be played at 4 pm CET and 7 pm CET.

Feb. 18 action will be brief since just two games are to be played. The first game will kick off at 2 pm CET, while the second is to start at 7 pm CET.

The first finalist will emerge on Saturday, Feb. 19, while the loser will go down to the loser bracket to play the semi-finals. Matches are to be played at 2 pm CET and 7 pm CET, respectively.