Rick and Morty fans, today’s your lucky day. Another — yes, another — Rick and Morty skin will drop in Rainbow Six Siege soon. This time, Krombopulos Michael has been the chosen character.

The Krombopulos Michael skin will be exclusively for Thermite.

How to get Krombopulos Michael skin in Rainbow Six Siege

You can purchase the Ricky and Morty 2.0 Bundle by going to the Rainbow Six Siege shop.

Each bundle costs 2160 R6 Credits, so if you plan on purchasing both bundles you should buy the general one. That way you will save 280 R6 Credits. About a week ago, the game’s official Twitter account announced Mr. Meeseeks bundle for another hard breacher, Ace. 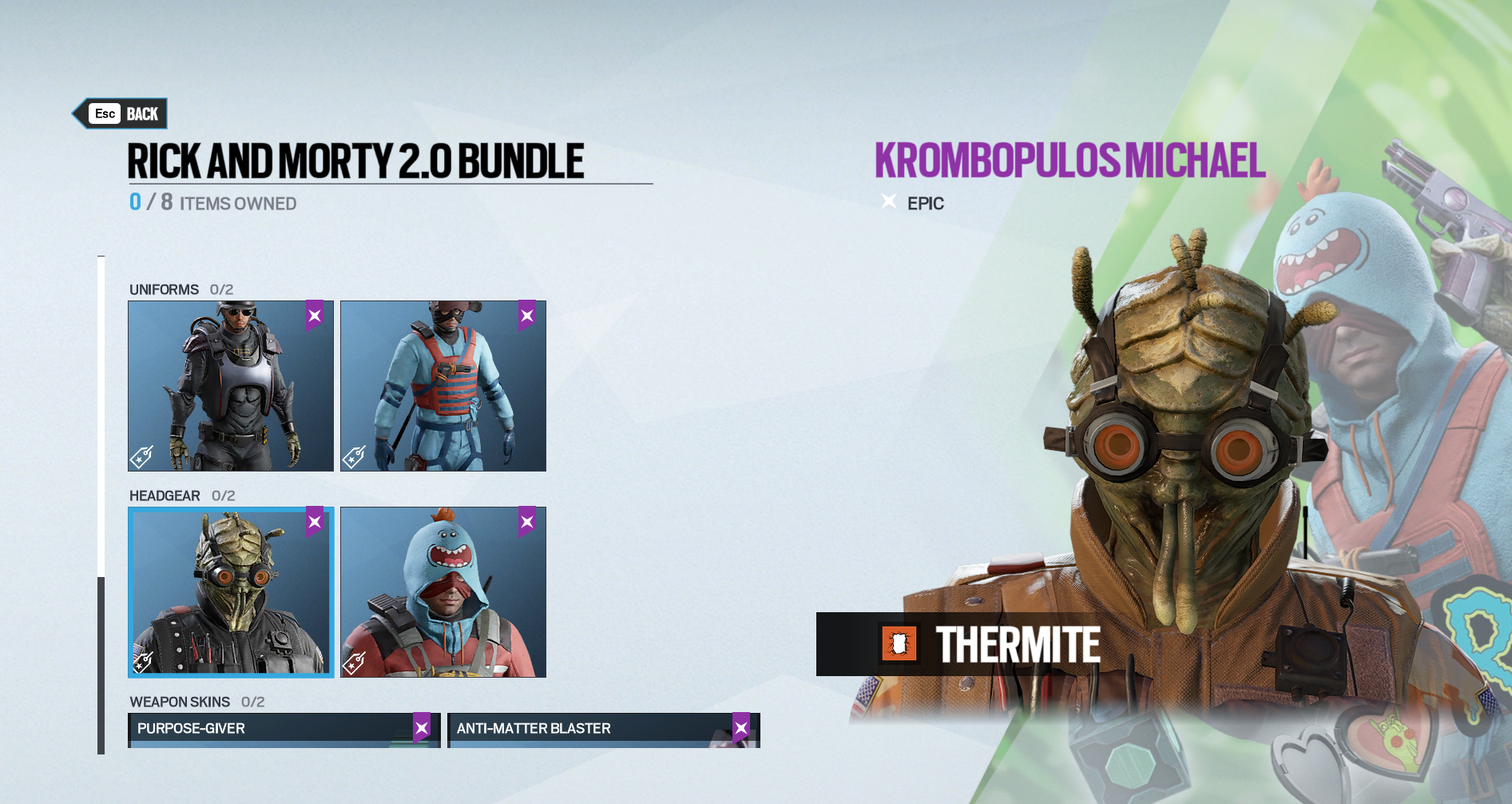 Out of the new two Rick and Morty Siege bundles, we think it's worth checking out both headgears. Thermite's Krombopulos Michael is really cool, and — call me crazy — brings me those alien Archaean vibes that Siege would love to see in the future. Please Ubisoft, we need Extraction's headgear!

Are there other Rick and Morty skins in Rainbow Six Siege?

Yes. Currently, we can find up to three Rick and Morty skins in Siege.

Rainbow Six Siege had already partnered with Rick and Morty before this month's skins. Back then, Smoke and Sledge were chosen to represent Rick and the Gromflomites.

These older skins can still be purchased. In fact, their prices have been reduced to 3264 R6 Credits. Each bundle costs 1738 R6 Credits, with the price being reduced to 1632 by purchasing the bundle with both characters. Out of these two bundles, possibly the best item can be found in Sledge's. This bundles' skin for the SAS shotgun, which is known for being one of the best in the game, includes a 3D design inspired by the show. Despite the message displayed in the shotgun, this is not a fake gun —so watch out. Time to rock your favorite Rick and Morty outfits on the battlefield and smash your opponents to get that Wuabba Lubba Dub Dub!