The LATAM SI 2021 Closed Qualifiers takes place this weekend, but have South America and Mexico the potential to beat Brazil this time?

It is no mystery that all Brazil, Mexico, and Argentina love football. The highlight of South American football in 2021 probably was Argentina stealing the show at the Maracaná, Brazil, as the albiceleste defeated the verdeamarelha by 1-0 with a Ángel "El Fideo" Di María goal.

Argentina winning the Copa América at the Maracaná could be compared to G2 Esports winning against FaZe Clan in Rio de Janeiro back in the Pro League Season 8 Finals. Unfortunately in Siege, we don't have an Argentina -Brazil equivalent, as Brazil is the owner and lord of LATAM despite the region having one of the richest Siege esports ecosystems in the world.

However, this weekend's LATAM SI 2022 Closed Qualifiers could be our first own Copa América. A Mexican or an Argentinian roster could make its way to the outside world, playing at an international Siege stage. Is it reasonable to think that this is possible, or are fans hoping for too much? 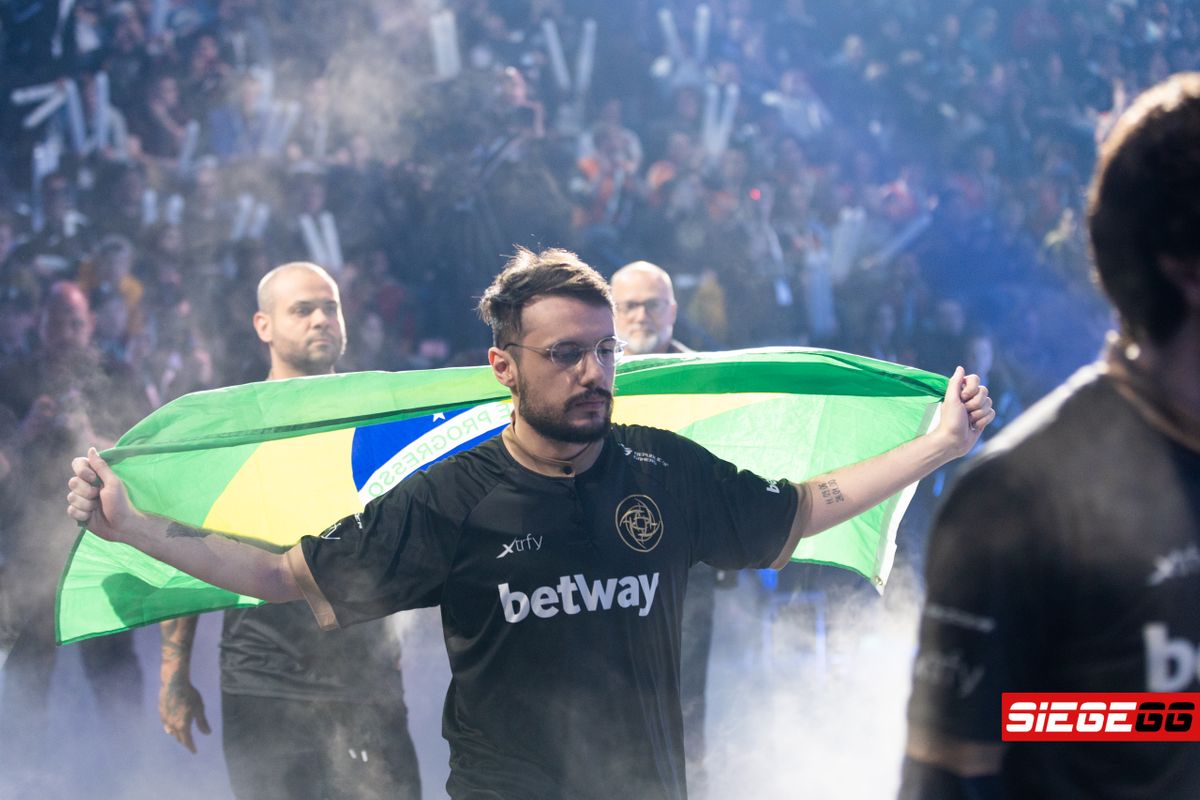 This is not a Copa Elite Six

Throughout the year, we have seen three editions of the Copa Elite Six, with Brazil dominating each one of them. In fact, no Mexican nor Argentinian roster has played in a CES Grand Final.

But let's be honest, with Brazil's current shape, we could throw in teams from Europe, APAC, and North America, and the result would be the same. Growing in the best region in the world has its upsides — and downsides — and having to make your way against Major and Six Invitational champions is difficult, to say the least.

So, let's not read the results with the mindset of "Argentina and Mexico are still to outperform Brazilian rosters," but read them in terms of progression.

In fact, with all Team oNe, FURIA Esports, Team Liquid, FaZe Clan, and Ninjas in Pyjamas already qualified for SI 2022, it will be all down to MIBR and Black Dragons to defend Brazil's pride. Looking at both rosters' seasons, we quickly come to the conclusion that these are far behind the previous list of teams.

Despite their SI 2021 result, MIBR has suffered a lot with medical issues this year, a situation that possibly went for the worse as the coach Matheus "budega" Figueiredo left the team in December. Meanwhile, Black Dragons have been forced to make various changes to their roster throughout the year, with Pablo "resetz" Oliveira switching for Team Liquid just before Stage 3.

This weekend, no international champion will be defending Brazil. This time, only rosters who still have to prove something will face each other.

Following the signings of Daniel "Novys" Novy and Lucca "MKing" Cosser, and later on Victor "Bersa" Hugo, this was a promising season for the Mexican Siege. The Brazilians brought experience and skill, while Mexico talent and youth. A very exciting project to look forward to.

Teams had been working hard, as in every other region. The goal was set, reaching international competitions. However, luck was not on their side, with problems hiding under the stones. Problems in terms of mentality, character, internal complications, and even traveling issues.

Atheris Esports will compete with its coach Fran "Royz" Guillen in the starting line-up, as Luís "Guicho" Gómez was not eligible to fly. Meanwhile, Fenix Esports has had its own set of problems, as the shocking departure of Arturo "XigmaZ" Vizcarra was followed by the leave of Eduardo "Luxor" Ortíz.

The Mexican character seems to be more closed-minded, even egocentric. Each one looks for its own, everyone wants to be the first to reach the moon. It is a matter of honor, it is more important who raises the Mexican flag in the picture rather than actually raising it.

Mexico seems to be like their American neighbors, stagnated. The results haven't been the expected ones, and this qualifier will be the last dance for some of them.

Argentina has done everything right this year. The progression has been there, as teams have been improving little by little till the point they started upsetting the big names in the region.

The South American championship has been dominated this season by Malvinas Gaming and 9z Team, as both rosters competed in every edition of the Copa Elite Six played in 2021. However, the Argentinians first appearance against the outside world was one to forget, as they only won a combined amount of 13 rounds — out of 69 played.

Both with zero wins and four losses, Malvinas and 9z Team were put in evidence. South America wasn't ready just yet.

However, nothing could be compared with Stage 3. Argentina didn't only defeat both Mexican rosters (Malvinas 7-3 Atheris, 9z Team 7-4 Fenix Esports) but also put Brazil in serious trouble, with Malvinas Gaming leading the charge by forcing overtime against both FURIA Esports and Team Liquid.

The Copa Elite Six Stage 3 saw how a new wunderkind was bornt, with Richard "blk" Rodríguez leading the standings with a SiegeGG rating of 1.31 just a few weeks after his professional debut. The Paraguayan fragger finished with 14 entry kills and 79 kills in just six matches, as he was pivotal in bringing Malvinas Gaming to fifth place.

Argentinian rosters have been learning their lessons. They have been adapting, and have worked alongside young Brazilian T2 coaches and analysts, preparing strats that could neutralize the Brazilian plays.

Alongside Malvinas, Furious Gaming is ready to prove that the LATAM system is wrong. Due to their Stage 1 results, Furious Gaming has never been a realistic candidate to compete in any Copa Elite Six. Now, after an incredible progression, and with a team where each player understands how to play their roles, the roster became South American champions over Malvinas, and defeated 9z Team at the Open Qualifiers.

On top of that, Argentinian teams will finally be permitted to fly to Brazil. Plain and simple, this will be the first time in Siege's history where Brazilians, Argentinians, and Mexicans, will be able to face each other in a true Copa América of Siege.

But the truth is that Brazil is still the favorite to take the SI spot. Yes, the teams' progression has been outstanding, almost excellent. There are some complications, that's for sure. The main one resides in the format of the tournament, as to reach the Invitational, teams must win a BO3 and a BO5.

The only country in LATAM to have beaten Brazil in a BO3 game was Estral Esports when they defeated INTZ at the LATAM SI 2021 Closed Qualifier. Eventually, the Mexicans would be beaten by FURIA Esports. 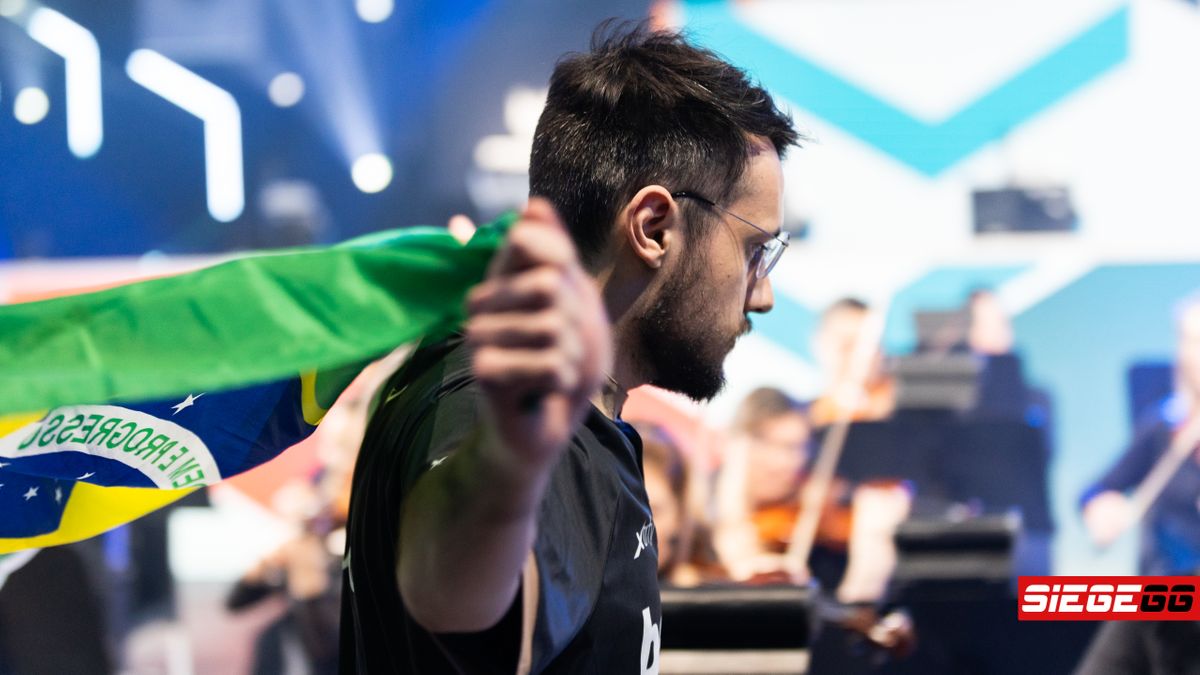 That's the biggest complication. This and the fact that the Brazilians will always be the favorites until the day where a Mexican or a South American roster shushes the Maracaná.

But that has already happened. So, why not in Siege?