This is possibly the most iconic map in Rainbow Six Siege.

House is a Rainbow Six Siege map located in Los Angeles, California. This map was first shown during the reveal of the game, in 2014. House was one of the first maps launched in the game, alongside Bank, Chalet, Clubhouse, Consulate, Hereford Base, Kafe Dostoyevsky, Kanal, and Presidential Plane.

Back in June 2020, the map suffered a casual rework. Unlike other maps that were reworked to be reintroduced to the professional map pool, the intention with House was to keep it in the Quick Match pool. This new version was introduced in Operation Steel Wave.

House is the perfect map for a quick match. Despite the rework, this map is still quite small compared to other maps. The action usually happens in one place, and the attackers' takes aren't much complicated.

Most of the walls and the ceilings in this map are soft, which means that attackers will probably bring an operator like Sledge. If you're a defender and you have to defend in Garage/Gym, be ready for it!

The most noticeable change to the map can be found on the South side, where new rooms and corridors had been added. Where players used to open a barricade to push Back Stairs or Kitchen, now you can find the Music Room. Next to it, there's the TV Room and a Connector which leads to the Red Stairs — back in the original version, these did not exist.

The window on Master Bedroom was also removed, and in its place, you can now find two new rooms, called Reading Room and Playing Room. With a new staircase and new rooms added, the map is now larger which makes it easier to play in it.

Regarding the basement part, the most important change made there was in the Garage door, as this is now unbreachable.

The sites that can be found in House are the following ones:

House has seen many time-limited events held in it, this being one of the reasons why it's such a loved map among the game fans. Let's have a look at them:

Mad House was a Halloween special event held in 2018 and was the precedent to the fan-favorite Doktor Curse. It was played in the original version of House and it included some of the best skins ever released in the game.

This game mode played in the reworked version of House had the players covered in bulletproof uniforms. The only way to kill your opponents was by shooting them straight to their heads.

Although this was played in the Presidential Plane map, the truth is that the plane was inside a room in House. Weird, right? From the outside of the plane, you could notice that the aircraft was located in what's now the Car Room. 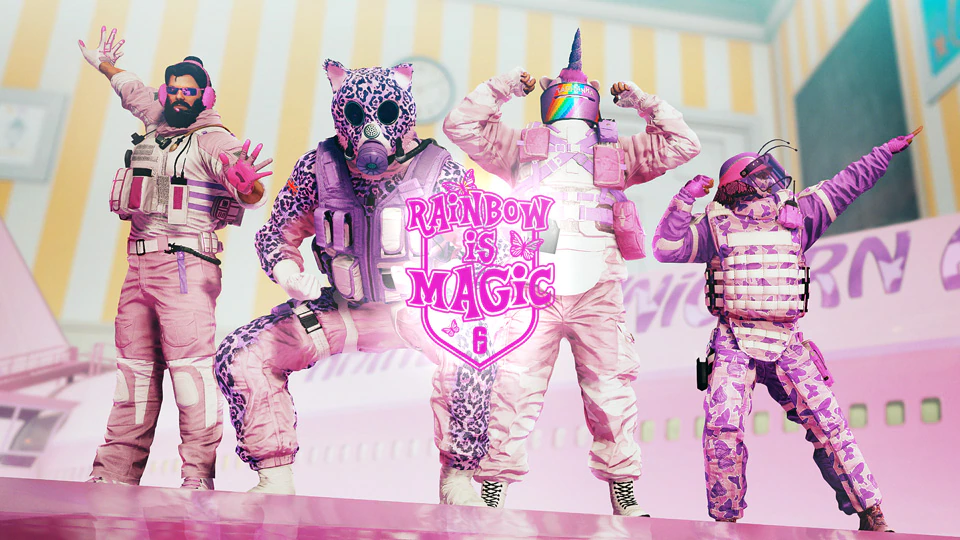