Statistics aren't the whole story, but they help us understand what we see better. Here are some of the most interesting stats looking at the Group D teams at the upcoming Six Sweden Major.

Next week, the Six Sweden Major will see the top four teams in each region compete for the global title. The tournament is split up into two parts, with the group stage taking place from Monday to Wednesday, before the top two teams from each group progress to the three-day playoffs over the weekend.

Following our prior looks into Group A, B, and C, let’s take a look at the numbers that will drive Group D’s games starting on Monday.

Labelled the group of death by many, all four of these teams have impressed the world over this year as they each played in the Six Mexico Major playoffs.

SSG and FURIA finished first and second place in group B while DWG and Empire both finished as runners-up in their own groups. Following this, Empire went on to beat SSG and BDS before falling in the grand final while the three other teams all went out in the quarterfinals.

Looking further back, Empire and SSG are two of the most successful teams in the world. SSG is one of only four SI-winning teams while Empire is one of only three organizations to win multiple tier-one titles.

On the flipside, FURIA and DWG’s success is very recent. Both of these rosters competed in the relegation battle during the 2020 Season. While FURIA managed to hold onto their BR6 spot, DWG took SCARZ APAC North spot after a successful Korean national campaign. Now they’re faced with two of the best teams in Siege history as well as each other with only two of the four able to hit the Six Major playoffs for the second time running. 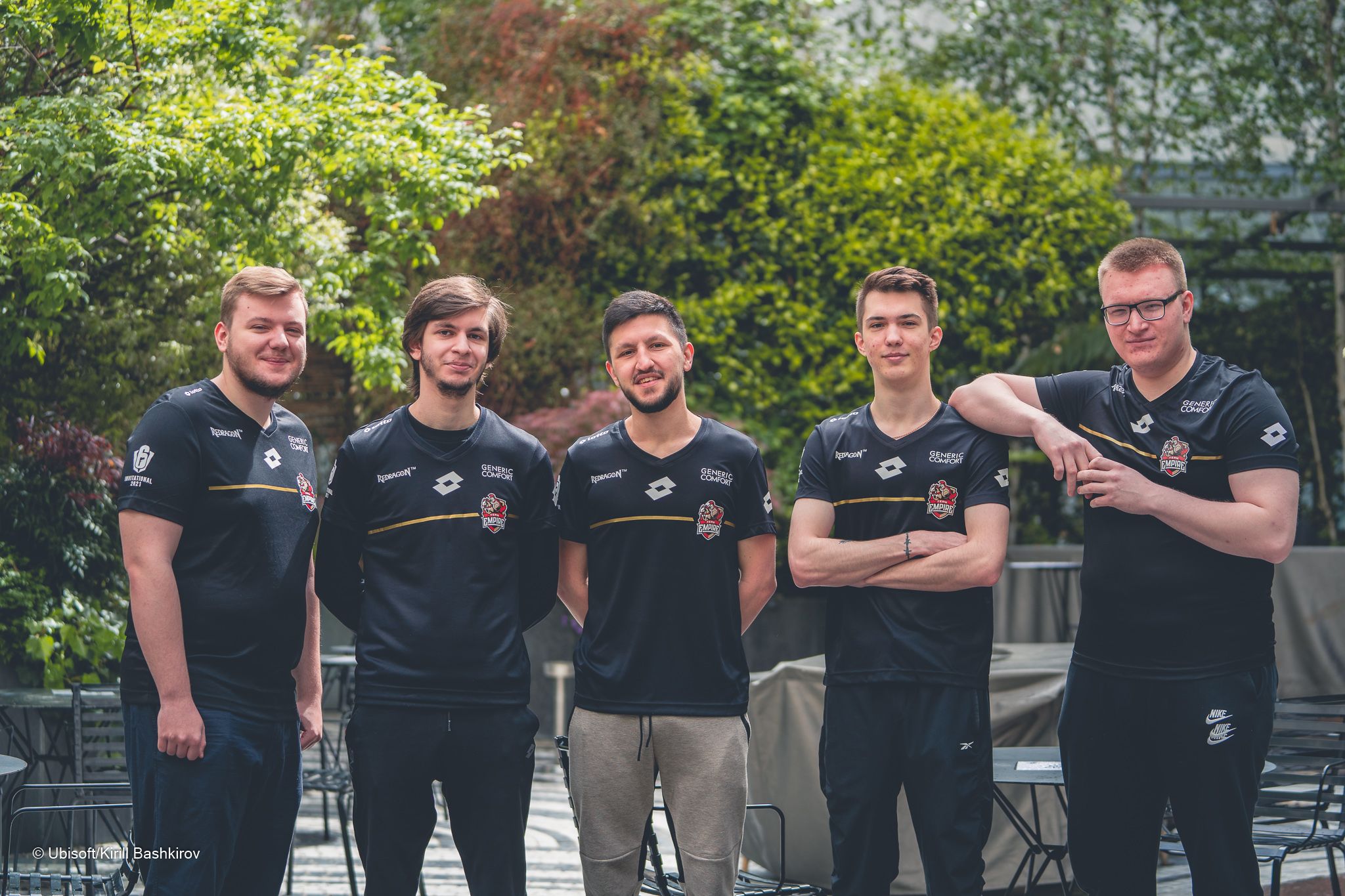 Looking at head-to-heads, SSG met two of their opponents in Mexico, losing 0-2 to Empire in the QF and finishing their two best-of-ones against FURIA, 7-5, 7-8, each side taking one victory.

While SSG is the top-seeded team here, these head-to-head results, combined with Empire’s almost title-winning Mexico performance arguably makes Empire the favourite to win the group. Since these games, however, Spacestation has picked up the ex-Xbox SI champion and PC Pro League grand-finalist Alexander "Skys" Magor, which they hope will make the difference.

Spacestation and FURIA both come into this event with two of the best individual players from Stage 3, Matthew "Hotancold" Stevens and Diogo "Fntzy" Lima.

Starting with Fntzy and FURIA, he has increasingly become a name to watch since he joined the team back in March just one day after his 18th birthday. Since then he had a modest performance increase from a 1.09 Rating during Stage 1 to 1.11 in Stage 2 and 1.17 at the Mexico Major only to hit a massive 1.33 Rating during Stage 3. The stage also saw him break the best-of-one map Rating record and secure the most opening kills of any player in the league.

The sheer number of kills he’s been netting has allowed his teammates to drop down in Rating while still netting some top-level results. In a similar way as BDS has been in the past, his teammates have become more of a vehicle to service Fntzy, a method that only works when Fntzy remains as unstoppable as he was during his best games.

While Stage 2 saw Miracle also excel in the fragging department while simultaneously securing the most clutches in the BR6 League and playing support operators, this Stage saw him slink back to fourth in the team. At the same time, FURIA were forced to rely on more clutches during this stage and got down fewer plants.

This weakness was exploited by FaZe during their Elite Six Cup semi-final meeting. While it was just for seeding the game saw Fntzy end with a -5 spread, a Rating of 0.82 and the most deaths in the game. Fntzy is currently one of the best players in the world right now and a massive boon for FURIA to have but reliance on him may bite them in the ass should he be countered.

With that in mind, Hotancold may be an issue as he was the only player to best Fnzty’s Rating in this group. While Fntzy has been slowly improving all season, Hotan hit a 1.33 Rating during Stage 2 and has been NAL’s best player since he joined the team.

Furthermore, unlike FURIA his teammates are right behind him with Rampy and Fultz on very respectable 1.21 and 1.16 Ratings each. Even SSG’s lowest Rated player of Bosco sits on a 1.01 Rating which leads four out of five FURIA players. While it’s possible their NAL opponents are just easier, it does show less of a reliance on one player.

Another particularly notable thing about Hotancold is the entry stats. While Fnzty got more opening kills, Hotan’s 18-2 record is unheard of. According to the numbers, he’s close to unkillable in these situations. Being able to hit numbers like this in Sweden will be a game-changer for SSG as the team ended Mexico with just a +4 record, compared to DZ’s +16, for example.

On to Empire, while their individual numbers haven’t been as high as their opponents, the team has always played better on LAN than online due to their higher ping from Russia.

Their overall performance during Stage 3 was very close to the numbers they hit during Stage 2. For example, Dan rose from a 1.18 Rating to 1.19 while JoyStiCK went from 1.00 to 1.02. However, when looking at how the team fared in Mexico, the team’s hard support player Artur "ShepparD" Ipatov excelled the most, jumping from last to top on the team while playing Thermite and getting down 29 plants.

This shows that we probably can’t expect the same kind of Empire that competed in the EUL over the last three months to arrive in Sweden.

Come Monday, the rematch between Empire and SSG is one that will put the winner in a pretty good position to exit the group. Empire won their prior quarterfinal meeting effectively by shutting down Hotancold as he finished third on his team with a -6 kill-death spread. Earlier in the tournament they also managed to get Jason “Beaulo” Doty down to Ratings of 0.82 and 0.84 showing they are particularly good at avoiding the trappings that allowed these players to excel in the NAL. Should they perform nearly as well in the Sweden groups they should be set to once again make it into the top-16. 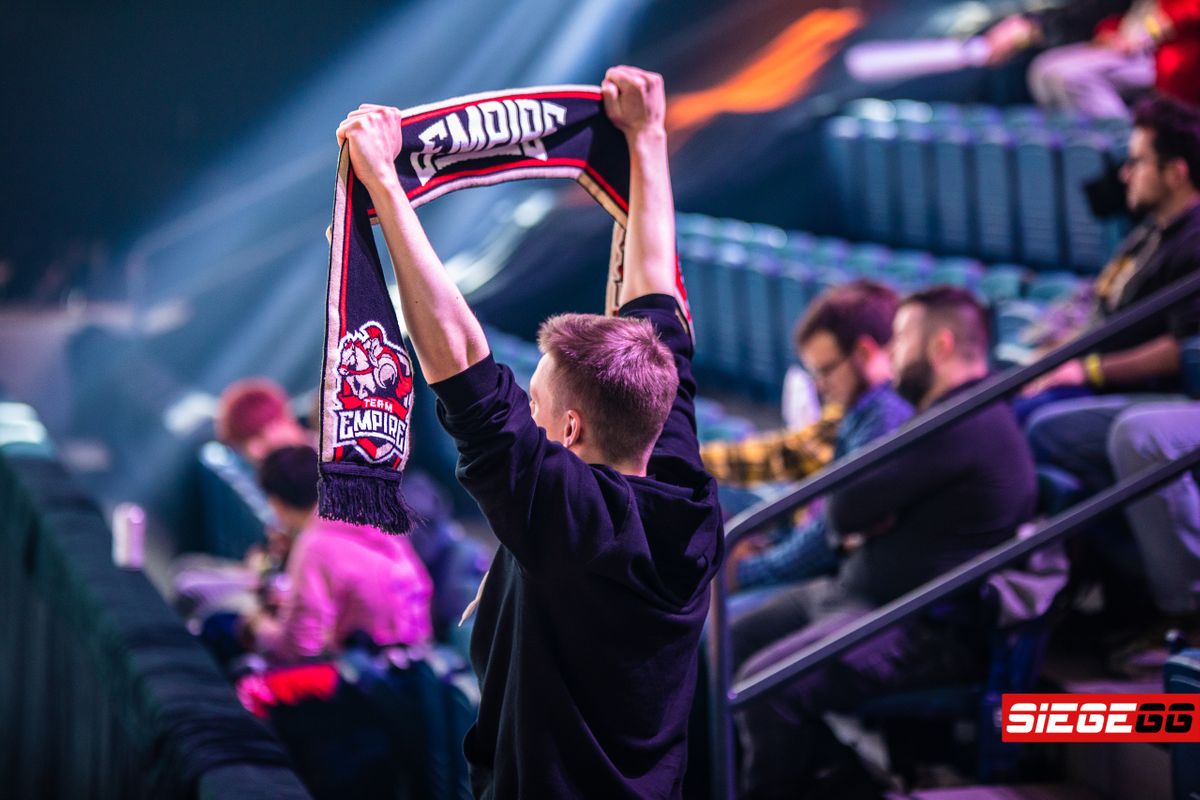 Finally, we have DWG KIA who last stage came in as APAC’s third seed and yet managed to best NiP and G2, two of the biggest orgs in R6 history, to escape the groups. This Stage they’ve slipped back to the fourth seed in APAC yet I doubt anyone will be sleeping on their ability to upset.

Also of note was Byeonguk "RIN" Jang, who’s the team’s main entry and Zofia/Jager player, but ended the Mexico Major with the worst entry of any player: 10-20. This clearly hurt them in Mexico and considering Hotancold’s positive entry, this may be a problem once again. 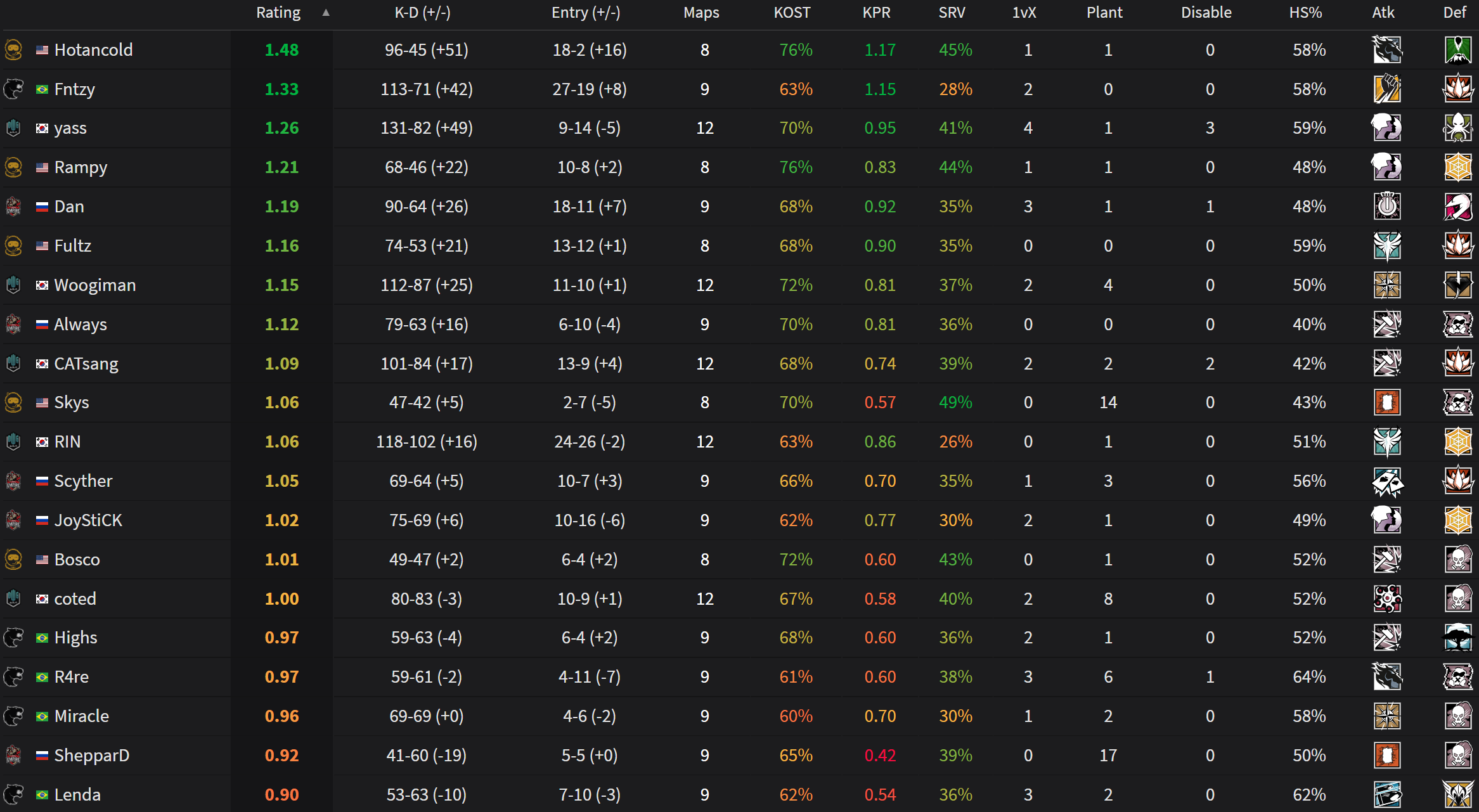 Starting at the top, SSG lost just one map during Stage 3 on Coastline, while they won three out of seven maps on Oregon.

The team’s second-best map meanwhile is Kafe which they also played vs Empire and beat FURIA on. Their 5-7 loss on Coastline was also the map they lost against FURIA making this one they’ll likely try to avoid.

Finally, looking at the missing maps, Chalet was won in their last three visits during Stage 2 while they have a very rough record on Villa leading to a 62.5% ban rate.

Onto the Russians, this team only played three maps all stage. Furthermore, with two losses in the EUL on Bank as well as a 6-8 scoreline against DED Inside in the RML, it seems likely that they don’t plan on bringing this map out in Sweden. This means their opponents have only seen two of their available maps in play, giving Empire a key advantage here.

During the Mexico Major, Clubhouse and Consulate were by far their favourite maps with Empire winning on both during the grand final. With Consulate now out of the map pool, Empire’s map pool is diminished, however, until we see how good they are on the four missing maps, we won’t know how impactful this change has been.

FURIA’s five-game played at the Mexico Major took place on five separate maps which shows the breadth of their pool. This continued into Stage 3 as every map except for Oregon was played with Bank being their best as their three wins here included a 7-0 against Liquid.

During the last three months they’ve made sure to ban Oregon in every single game while Villa had a 71.4% ban rate as they clearly weren’t comfortable there. Finally, of note is Chalet, which they’ve only gone to once during a 7-2 win over INTZ as their opponents have banned it against them 64.3% of the time.

Lastly, we have DWG KIA who has by far the most spotty map record over the last three months. They only just qualified for the APAC Playoffs with a 3-1-1-2 record and then won three games in row by 2-1 score lines, leading to a number of map losses.

Considering half of their wins on Chalet and Oregon both came against the Indian Monkey Hunters side, this leaves Bank as their strongest map at the moment after they beat both Elevate and Dire Wolves there in their final two games of the Playoffs.

Considering all these APAC teams have found these holes in their map pool, they’ll need to play very well in Sweden in order to stop the likes of SSG from exploiting the same gaps.

As ever, SiegeGG will be covering this tournament in full when it starts next week. For now, be sure to check out our pre-event coverage which includes interviews with the participating teams.