As we enter the second half of the GSA League, keep on reading to not miss any of the action seen in Week 8.

With the first leg already over, it is now time for revenge for many in the GSA League. Teams see each other for a second time and many things are completely different compared to how they had been at the start of the season.

While G2 Esports and Sissi State Punk look comfortable in the Top 2 places, the rest of the league is a complete free-for-all. Every result has a deep impact in the table and, with some of the bottom teams improving, the top sides of the league must improve in order to not lose their playoff spots.

Read on to see a few surprises from the eighth day of play.

With just a one-point gap between Team GoSkilla and the fourth placed team of Team Secret, a win against Rogue was needed in order to break into the Top 4. Meanwhile, the European League team was obligated to win if it wanted to keep up with the leaders’ pace.

Although Rogue was the clear favourite, the result was very much against the odds. A very efficient Solotov and two great rounds by Mekses in the latter stages of the match on Coastline gave GoSkilla the win over Rogue. The victory was vital for GoSkilla, allowing the team to crack the top half of the table ahead of Team Secret.

Once again, Cryn had a very strong showing for Rogue, which has made him the second-best rated player in the league. 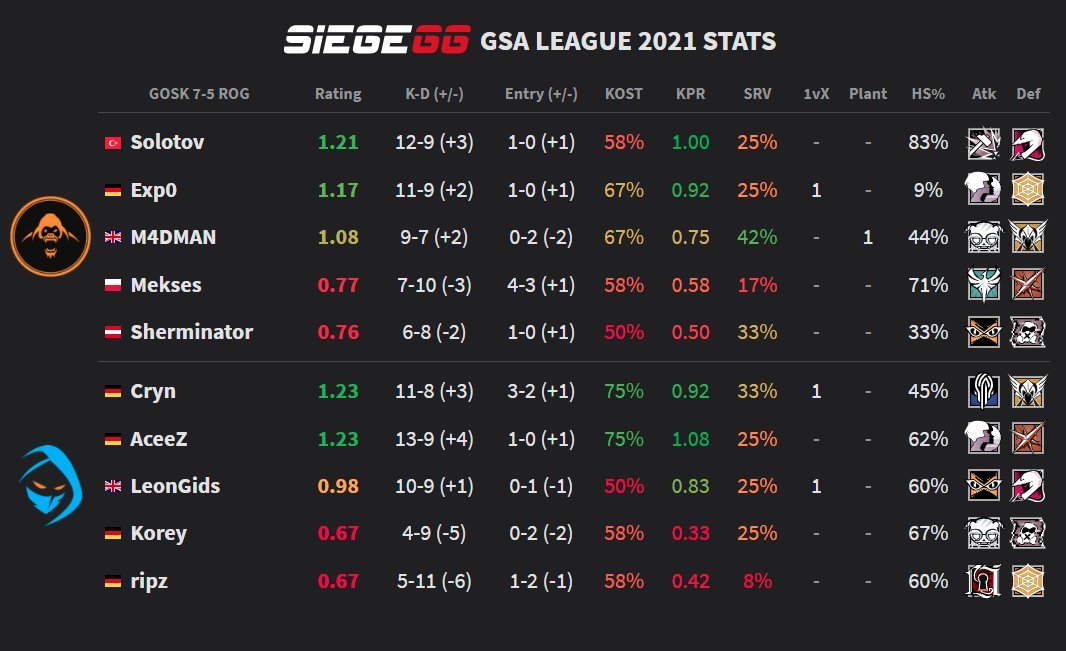 It was now G2’s turn to take advantage of Rogue’s loss. The Berlin-based organization repeated its stellar performance against Team Secret on the very first day of the GSA League, as CTZN was once again the star of the show.

The game was not as easy as it might seem on paper, though. G2 Esports were 4-2 ahead after the first half, thanks to CTZN and Virtue clutching Round 2 and 5, respectively.

If that was not enough, CTZN secured another clutch two rounds later. With the 5-3 on the scoreboard, Team Secret looked lost and G2 Esports did not have problems in quickly closing out the game.

Looking at the stats, the new German duo of Jonka and Hungry, finished with the two poorest ratings in the team, but CTZN's vintage display was enough to bring the points home. 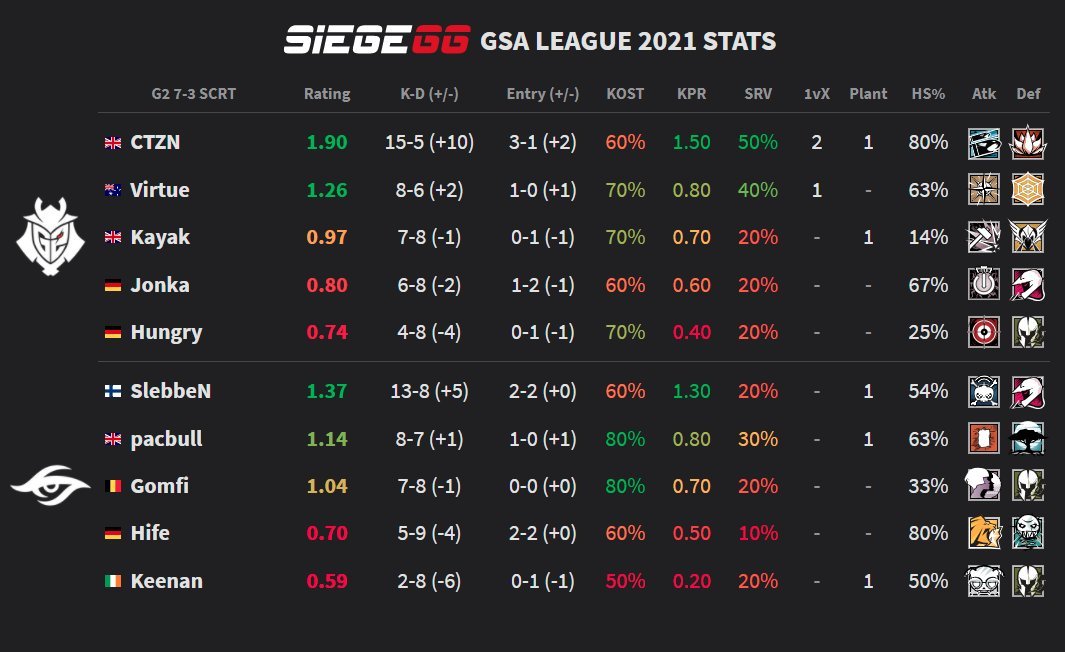 After the GoSkilla and G2 victories, it was SSP’s turn against an Ovation that was struggling in seventh place, with these two teams being the only ones that consisted entirely of Germans.

Playing on Oregon, SSP enjoyed a good start thanks to Daya’s seven kills with Nokk in just the first two rounds. Although Ovation seemed to keep up with the pace, as they won the following two rounds, the teams swapped sides with a score of 4-2 in favour of SSP.

Despite Ovation being able to win the first match point that SSP secured at 6-2, BZ stole the show in the very last round of the game with four kills that ended up being his only ones in the entire game.

Tooobi and Daya finished as the two best players on SSP, as they secured ratings of 1.47 and 1.40, respectively. This was a huge contrast to the Ovation eSports ratings, as all of their players finished with red numbers. 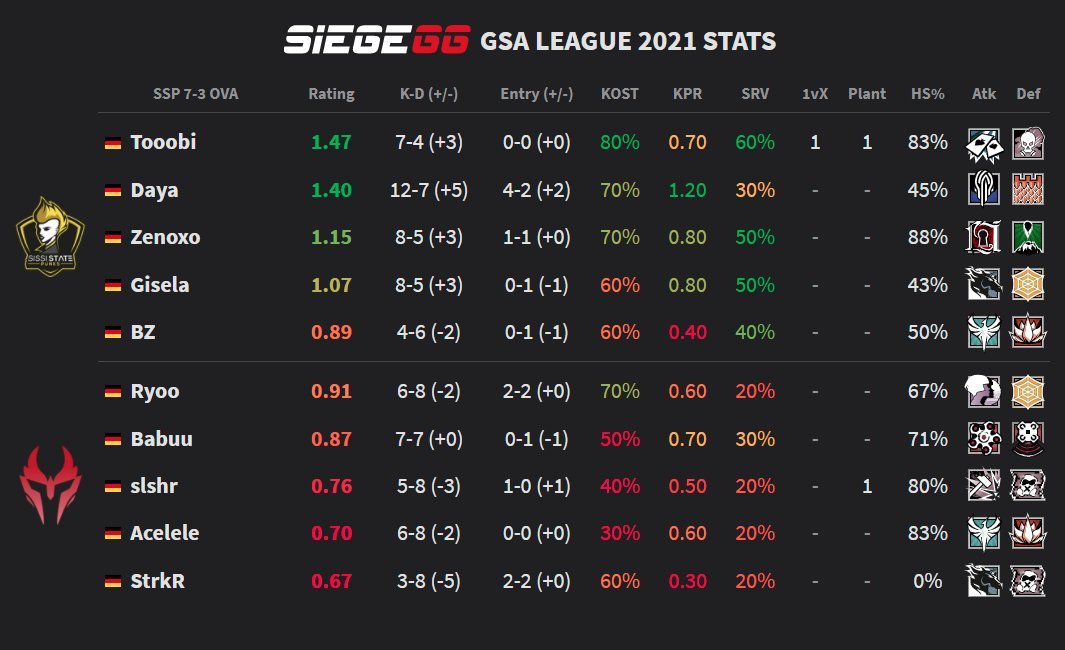 After a very rough first leg for GC, the team finally looks ready to fight. Since signing Jay and Qurly, the team has improved its results and this has been shown in the past few days. One weeks ago, the roster secured its very first win. Now, it’s two.

This time, it was against the Turkish roster of PENTA by another 7-3 margin. The team secured four of its six defences in Consulate -- though the last one was only after a clutch by Paiin0.

Although PENTA started things off right by winning its first defence, it was all already over. Jay’s good momentum and Sushi’s four kills in the last round were all that it took for GC to win.

Undoubtedly, GC has improved a lot and pose a serious threat to many other teams in the league. Now, it is already in front of Ovation and is just two points behind PENTA. 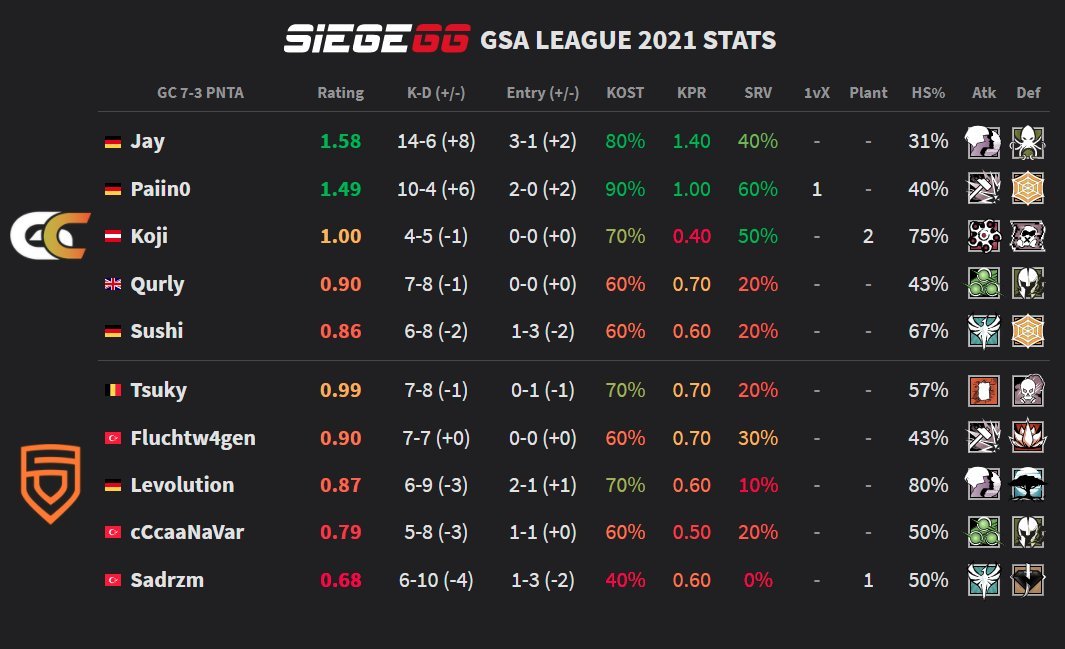 GC Esport will have to prove its improvement against the leaders, G2 Esports, while PENTA will face Team Secret in a pivotal clash. Then, it will be SSP’s turn to try to beat Rogue, while GoSkilla must defeat Ovation in order to protect its fourth place standing. 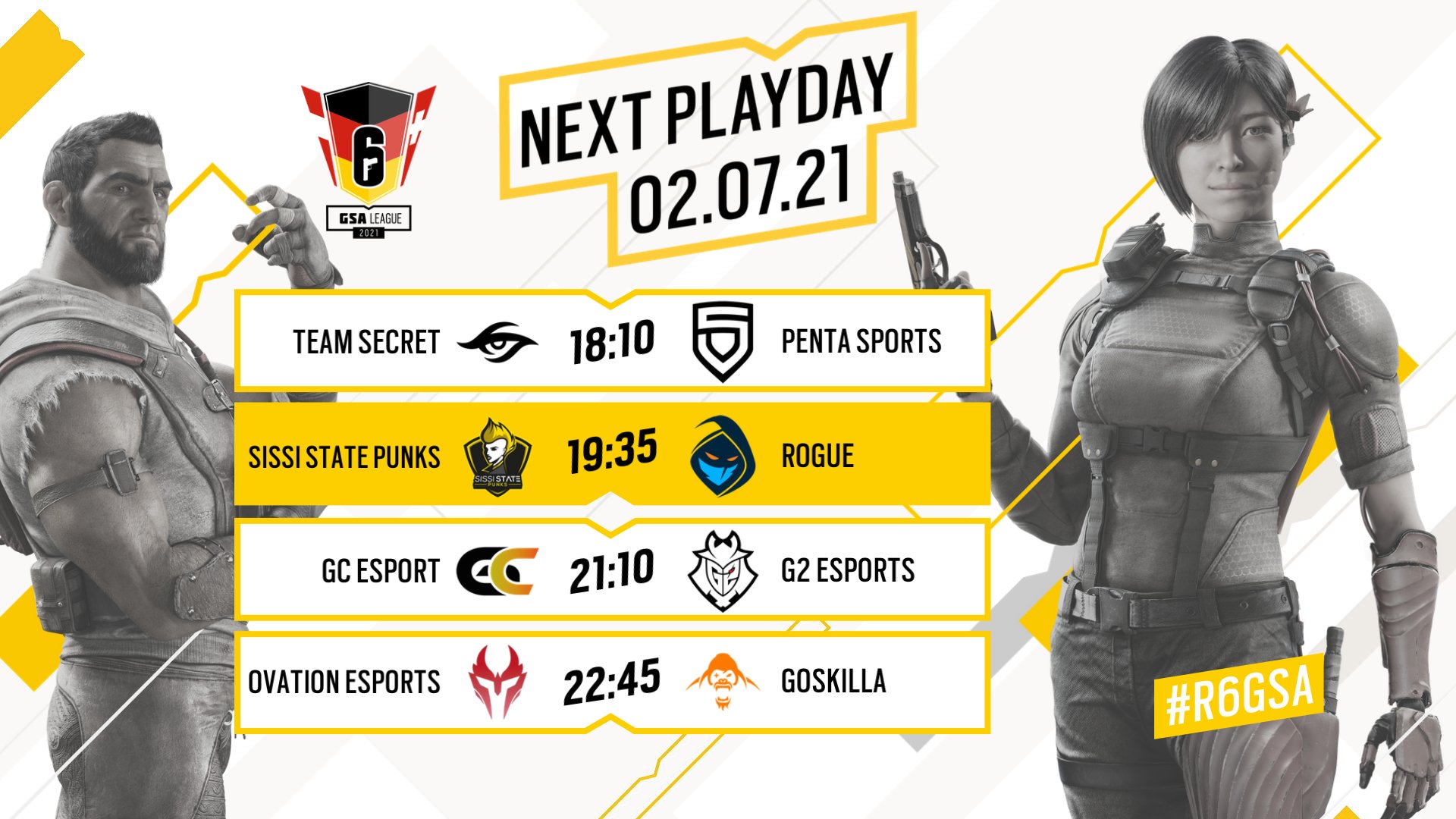