Operation North Star: Every Change in One Place

Today, the new free update to Rainbow Six: Siege will arrive on the live build. Here's everything you need to know for the new season.

The second in-game season for Year 6 starts today, as the free North Star update brings with it a new operator and a new map rework on Favela, amongst other changes.

Both of these additions were revealed three week's ago during SI21's panel and can be read about in complete detail in our dedicated rundown article here.

As well as these additions, the season does bring with it a number of smaller but key changes that may have flown under the radar.

Let's take a quick look at these changes that are bound to make a key difference in the three months to come.

As announced during the panel, the glass on Mira Windows and Maestro Evil Eyes can be shattered by meleeing it. This keeps the gadget alive, but means you cannot see or spot through it, effectively neutralizing it as an intelligence threat.

Mira Windows thus become completely useless while Maestros need to be opened to see through them, which then makes them vulnerable to being shot and destroyed.

This change was clearly made due to the two operators' high pick and ban rates across all levels of Siege.

While this change will likely help the situation at lower levels, at higher levels and in pro play, attackers should never get near a Mira Window without the player behind killing them, while Maestros can be positioned in very awkward melee spots (e.g. Villa's Aviator & Games Rooms).

As initially announced three months ago, when Melusi Banshees are active, a player can now simply shoot them to deactivate it. This makes them much easier to deal with and reduces the need to waste hard destruction (such as Ash/Zofia charges) on them.

The gas of Smoke's Toxic Babes will no longer clip through walls, floors, or ceilings. This is a key change that "fixes" something that had been in the game for so long, many people didn't even consider it a real issue. Now Smoke will spread how you'd physically expect and players cannot defend a plant spot from complete safety (e.g. Coastline's Hookah Bar half-wall).

While Zero's Argus Cameras used to just have a single shot, now they recharge shots every 15 seconds. Shots cannot be stacked, but it does have infinite ammo.

While good in theory, it is unlikely this will be too useful in practice, as most cameras in key positions will be seen and shot after a single use.

A number of guns have received recoil nerfs:

As well as this, also impacting recoil will be the changes in attachments, as the compensator now primarily helps with horizontal recoil, while the flash hider helps vertically.

When Finka activates her Nanobot Shots, the health gained is now a permanent addition rather than wearing off after time.

When Rook places his Armour Packs on the ground, he automatically equips one for himself, merging the two animations. While a small change, this is still a QoL improvement for Rook players.

Small bullet holes in soft objects cannot be looked through and larger melee holes are needed instead. While a clear quality of life change that will particularly help newer players, some bullet holes are still possible in furniture and certain props.

Firstly, a new scoreboard design is coming to the game, which now shows which operators are currently banned and how the ongoing map has progressed.

Secondly, after a player dies, there will no longer be the zoomed-in death cam and the death replay can be skipped much quicker.

Thirdly, the defuser now needs to be manually picked up rather than it doing so automatically. While this seems like a tiny change, it will likely lead to missteps in the heat of a round.

Finally, dead bodies of fallen operators will disappear from the map to reduce clutter and will be replaced with transparent icons. 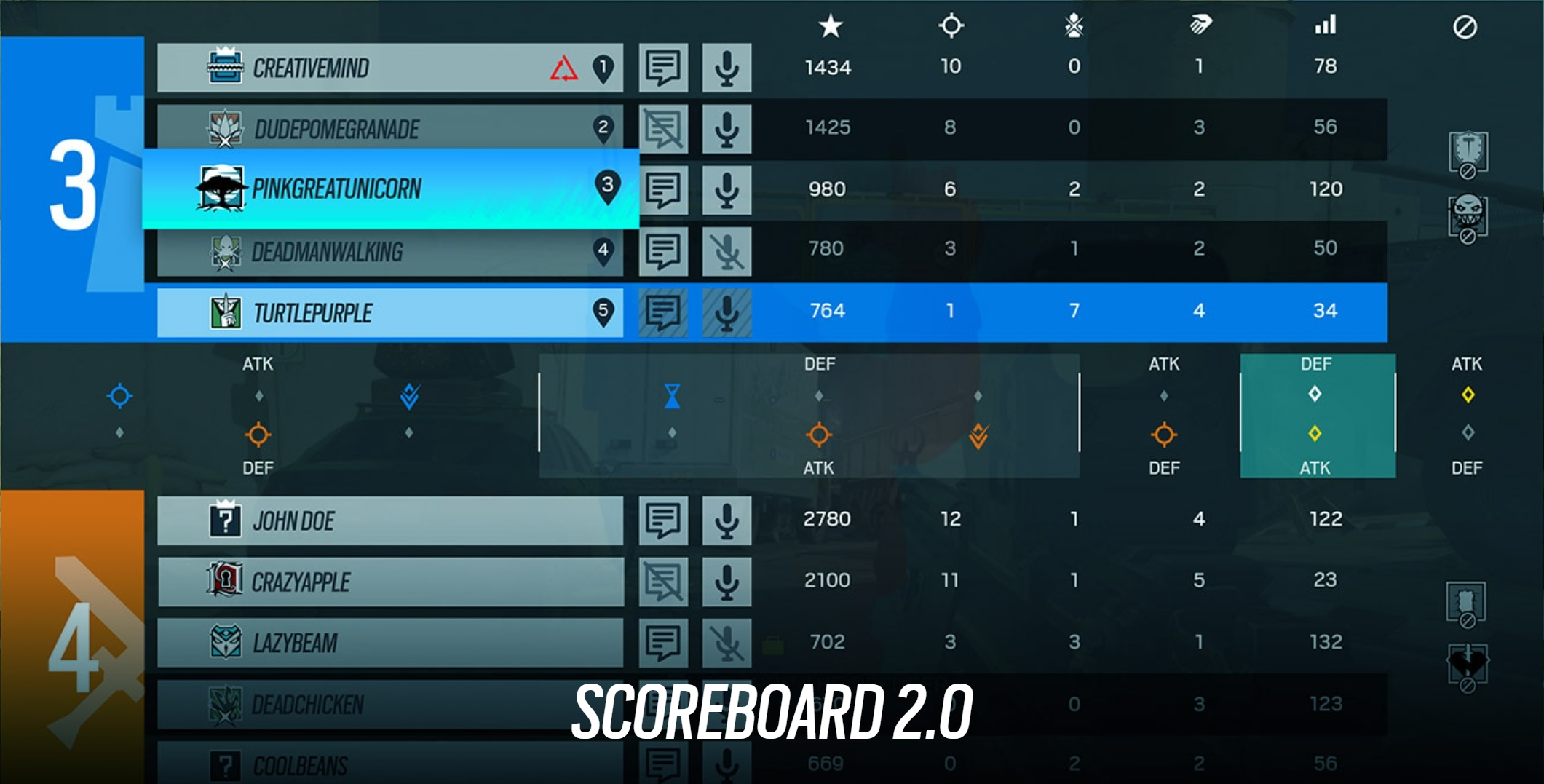 North Star, the new operator of Thunderbird, reworked Favela and all the changes mentioned above release today, while Stage 2 of R6 Global Circuit starts tomorrow with the kick-off of the NA League.

Check back here for further details on future updates and the upcoming games when they come.