Karzheka: "We're struggling to close out rounds while having big advantages, so we are trying to work on that"

Ahead of the Six Invitational 2021, now confirmed from May 11 to 23 in Paris, SiegeGG caught up with Virtus.pro player karzheka.

Update: Virtus.pro has been disqualified from the Six Invitational after two of its members tested positive for COVID-19.

Across the season, Virtus.pro's overall statistics have perhaps buried a potential problem to observers who may have missed their games live.

While the team is in sixth place, being on level points with fifth and fourth means it is not too far behind its opposition. However, its three overtime losses -- two of them being Round 15 losses -- could have secured it an additional three points and sent Virtus.pro to third place. 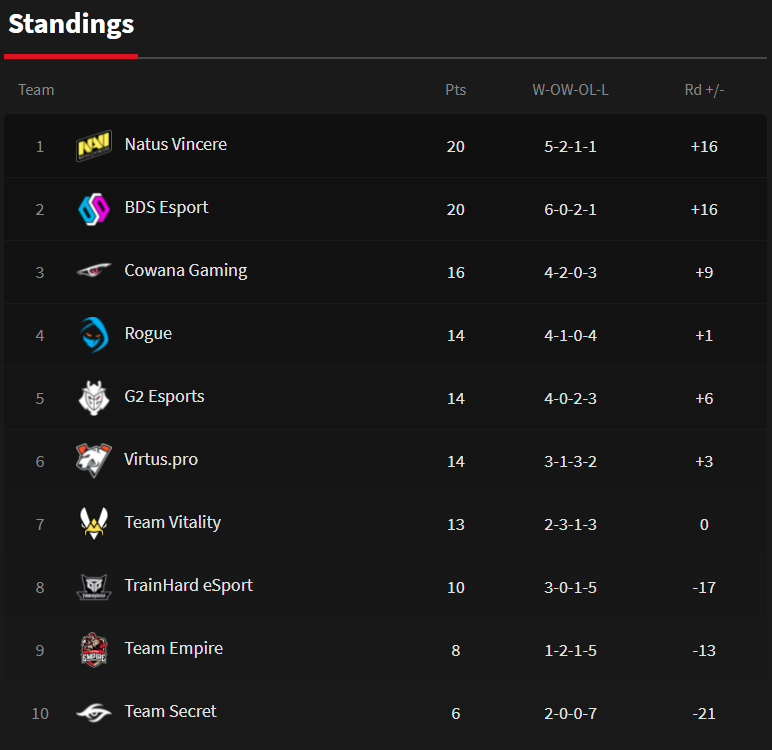 So why did the players miss out on that chance? The answer has been plain for fans to see, with Virtus.pro having struggled all through the season with holding onto rounds where they have man-count advantages.

Across nine games played in Stage 1 of the European League (EUL), there were only two in which Virtus.pro did not concede a 1vX clutch to their opponents. The remaining seven saw them concede an incredible 10 1vX clutches.

The problem is no secret, with casters, analysts, and the players themselves all keenly aware.

It is unclear if fixing the issue with conceding rounds despite having man-count advantages will solve Virtus.pro's problems, as they also find themselves a distant third in the Russian Major League (RML).

Together, the four Russians and lone Estonian share a fair amount of international experience. Four of them attended the Six Major Raleigh in 2019, while karzheka won that event while on Team Empire -- his second trophy after the Season 9 Pro League victory.

They are now gearing up for this Six Invitational by managing expectations and simply placing one foot in front of the other to attempt and hit its stride.

Last year, the team had been lethal, finishing third overall in the EUL and in both Majors and had not been troubled in the RML by any other team aside from Team Empire.

To understand the Virtus.pro mindset ahead of next week's Six Invitational, SiegeGG spoke to former Team Empire captain and current Virtus.pro player, karzheka.

The 2020 season went rather well for you guys; third in the EUL, third in both Majors, and second in RML. But this year, you have started off with a sixth place in EUL and third (so far) in RML. What changed?

Obviously we changed a player in a very important role and didn't have that much time to prepare for the season as hard as we could. We had a big break after the 2020 season as well, so were slowly getting back into shape, and I wouldn't say we had that bad a Stage 1; we ended up with the same points as the fourth placed tem, even though we lost three games in OT (overtime).

Indeed, three of your losses in EUL this stage were OT and, of those, two were maximum OT. Are you a fan of Bo1 with OT in the league and how important do you find the fact that OT losses still give points?

Of course it's a big and very important change that teams are still getting points for losses on OT, at least it sounds fair from my perspective. I'm personally not a fan of Bo1, but we have what we have.

What are the key improvements your team is looking to make to push on for a deep Six Invitational run after this setback at the start of this year?

As we've been saying, we're struggling to close out rounds while having big advantages, so we are trying to work on that. If we deal with that problem, games are going to go a lot easier for us.

This will be the second international event for your team, and you guys were excellent the previous time with that joint-third in Raleigh. How are you guys preparing for this one?

We are not thinking about the placement we wanna get, we just want to go there and play the tournament game by game, so there's nothing special in our preparation for that.

Your team, like most others, has largely been playing Bo1 games so far. How big are the differences with a Bo3 and how are you guys preparing for it at the Invitational?

Bo3s are better for us, I’d say, since you have almost no fear of making a mistake and because of that you are playing a lot more confident than in a Bo1.

We're just going to go and play game by game and try not to think about the placement we can get.

I like the new format of SI, everyone is playing a lot of games in the group stage and only two teams from each group are going to be eliminated (with Wildcard already out in Group B), so that means almost every team gets a chance to play in the main event as well. A much better format than the previous one, I would say.

Follow us, support us. We are slowly getting into our optimal shape, and I hope we are going to be ready to show that and improve our results in Stage 2 of the EUL.