Elemzje: "I don't see us as favourites ... but I think we have got the capacity to be the best"

Ahead of the Six Invitational 2021, now confirmed from May 11 to 23 in Paris, SiegeGG caught up with BDS Esport player Elemzje.

When BDS Esport heads into the Six Invitational 2021 next month, it will undoubtedly be the most unique event they will ever attend.

For one, it will be the first and quite possibly last one to be held outside of its usual location in Montreal, Canada. Secondly, its new location of Paris, France, means that it will be on home soil. Thirdly, and most unfortunately, the COVID-19 pandemic will mean that there will be none of the legendary French crowd present.

This Invitational will only be the second-ever Invitational for BDS Esport as a team, but it will be the first where analysts and fans will see them as one of the favourites.

In 2020, the team had been doing fine, but was far from a strong candidate thanks to a 3-1-3 W-D-L record in the first split of Season 11 of the ESL Pro League. However, despite the struggles, it would make it to fourth place at the Invitational after a strong lower-bracket run.

This time, the French roster are considered favourites, as they head into the event as the strongest European team present. European League Stage 1 leaders Natus Vincere finished on level points with BDS, but the UK-based squad failed to qualify.

The change in BDS's fortunes came after the team dropped team captain Morgan "rxwd" Pacy in favour of Team Vitality man Loïc "BriD" Chongthep; a move that transformed the team.

Where the roster had finished Season 11 of the Pro League in eighth and last, it finished the 2020 EUL regular season and Six August Major in first, and the November Major and the EUL Finals in second.

This season, Stéphane "Shaiiko" Lebleu finds himself third and second in terms of Rating and K-D split, Olivier "Renshiro" Vandroux is fifth in terms of Entry split and KOST, Adrien "RaFaLe" Rutik leads the latter category, and BriD finds himself with the second-highest number of plants. 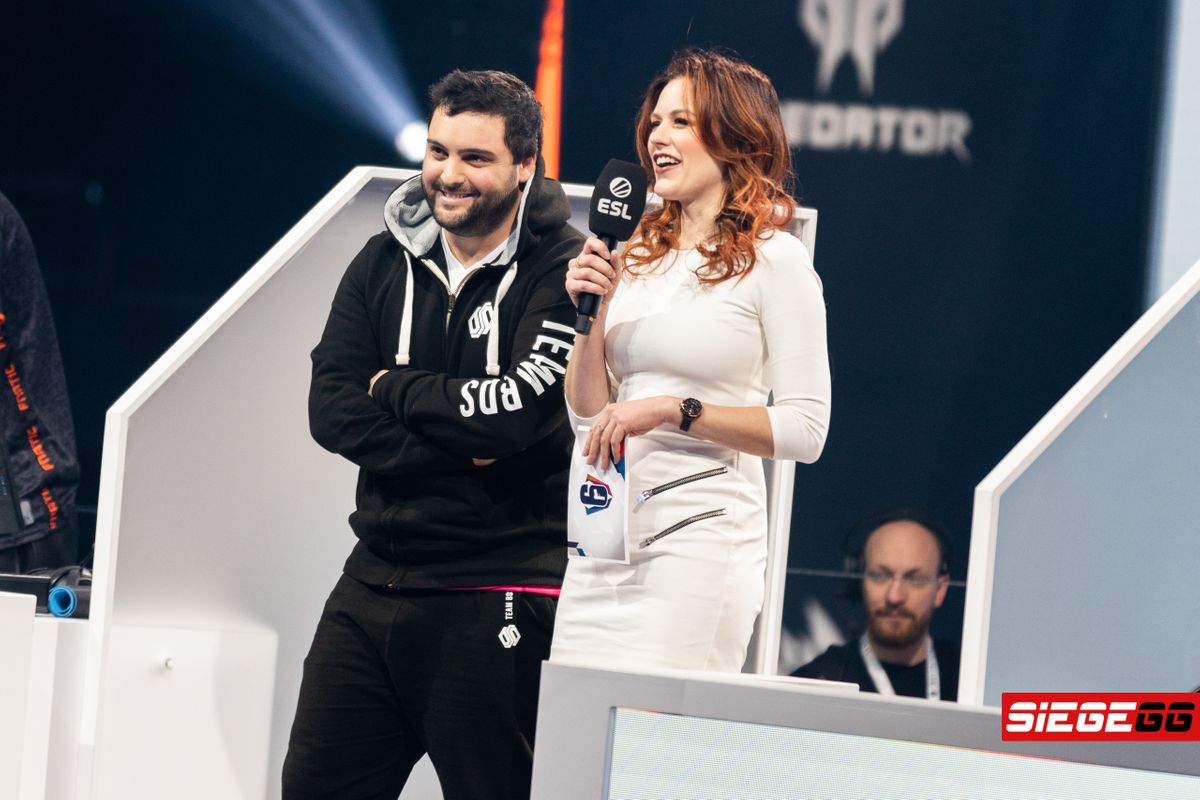 As such, BDS is one of the strongest teams in individual skill, with Elemzje adding the much-needed In-Game Leadership (IGL) element to tie it all together.

SiegeGG spoke to Elemzje to find out more about his team's approach to the game and its preparation for the Six Invitational 2021.

Your team has had quite a stellar season yet again and you are right there at the top despite others having improved. What is the key to this consistency?

I think the key is to keep the good work atmosphere within the team and to improve and fix mistakes as a team.

Your team has not made a player roster change since swapping rxwd for BriD last year. How much does roster stability in such cases help the team? Is it as small as removing the worry of gelling with a new player, or as big as being almost telepathic in gameplay with each other?

The stability is very important for us, we want to build a long-term project, and being able to work with the same people for months helps you and the team to solve issues and improve the gameplay in a fast way. You know everyone in the team and how each person is going to react to certains things, it makes it easy.

Two of your losses this season came in overtime to Na’Vi and Cowana, on Oregon, your best map. What went wrong in each game?

We lost twice on Oregon because, in my mind, we were too predictable. I guess every team was scouting the way we were playing the map because we are the best at it. The way we played the map needs some changes for us to be able to bring more surprises in the future.

This will, quite possibly, be the only Six Invitational on home soil for you. How much of an advantage could that be and how are you feeling about being one of the favourites right at home in Paris? 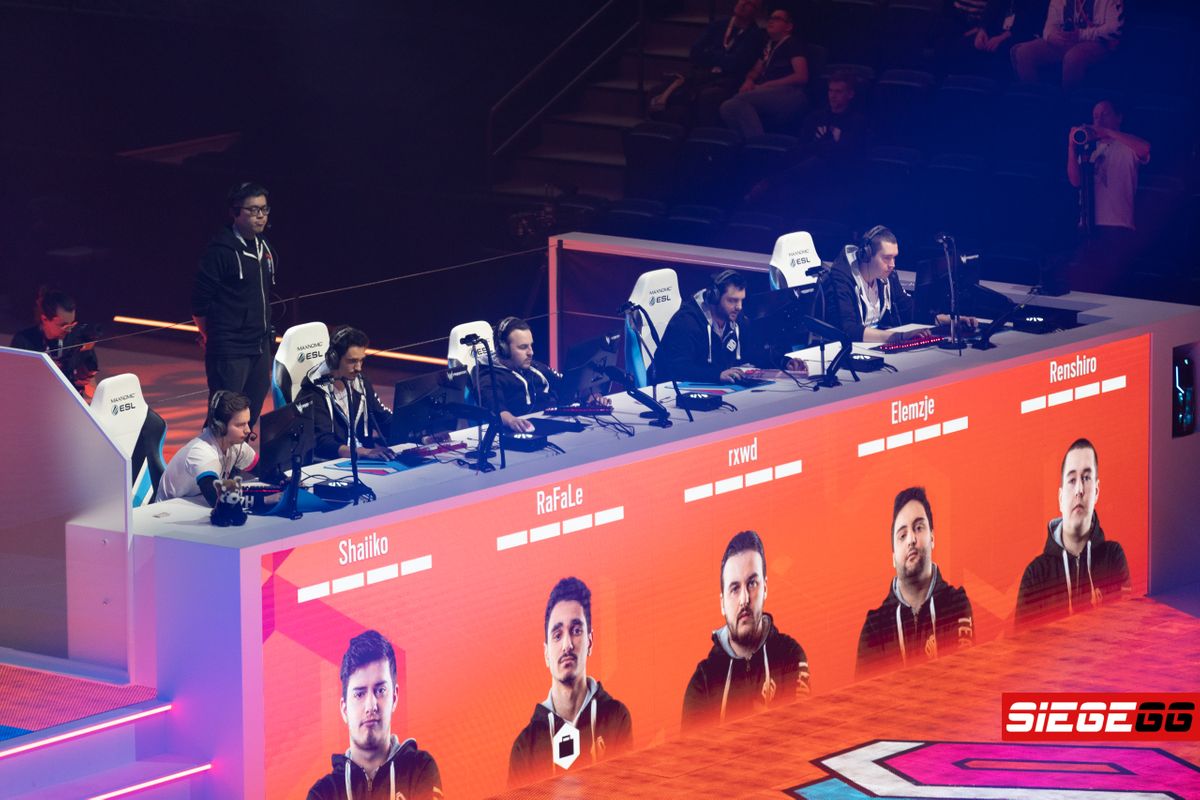 I don't see us as favourites, to be honest. I think this edition is a bit special where everyone is a favourite more than every other year's. Of course, playing in France is something that motivate us as Frenchmen. It's a shame COVID is here, because the French crowd is insane.

Is there significant pressure being a favourite for this event?

No we shouldn't have any pressure coming in this event. Surely we're the best in Europe for some months now, but, like I said, every team in there deserves to win it all. It's a LAN event and the game is played different on LAN, so let's see who's going to play their cards right.

I love the format Ubisoft proposed for this edition. It's the same as TI for DOTA 2 and it makes it more fair for all the teams. I think we have a high chance of progressing out of the groups, but, like I said, it could have some surprises.

My goal for the Six Invitational is obviously to win it all. I think we can do it, I don't want to jinx anything but I think we have got the capacity to be the best team.

I would like to thank everyone that is supporting us, and wish to all the teams a good competition and a good time in France (which is the best country in the world of course)!

Catch the BDS Esport in action next on the 12th of May at 3:30 PM CET (UTC+2), when they take on FURIA Esports live from Paris.