The biggest operator rework to date has finally been officially revealed as Tachanka gets a new gadget, new look and new primary weapon.

The Russian operator of Alexsandr "Tachanka" Senaviev has been in the game since its launch bringing a mounted LMG as his gadget as well as a 9x19VSN submachine gun and the SASG-12 semi-automatic shotgun as his primary weapon options.

Since the beginning, however, the operator has been criticized as being unable to move with his gadget allows attackers to easily locate and deal with him from above or with grenades or simply work around the turret itself. Furthermore, as every weapon kills in a single headshot, the high damage bullets of the LMG aren't usually necessary meaning Tachanka sees one of the lowest pick rates at every level of the game.

Due to this fact, a long-awaited rework of the operator was announced at the 2020 Six Invitation which involved him receiving a new incendiary grenade launcher gadget while his old mounted LMG comes off its mount and becomes his new primary weapon:

Today during the EU League broadcast more information was revealed about the operator in a mid-season panel. This included a lot of new gameplay to show off the new gadget showing its ability as a Smoke alternative. Also was announced was his ability to withstand to 1 health point when downed (as Zofia can currently do):

The operator will be live on the Test Server tomorrow before a release later in the season. 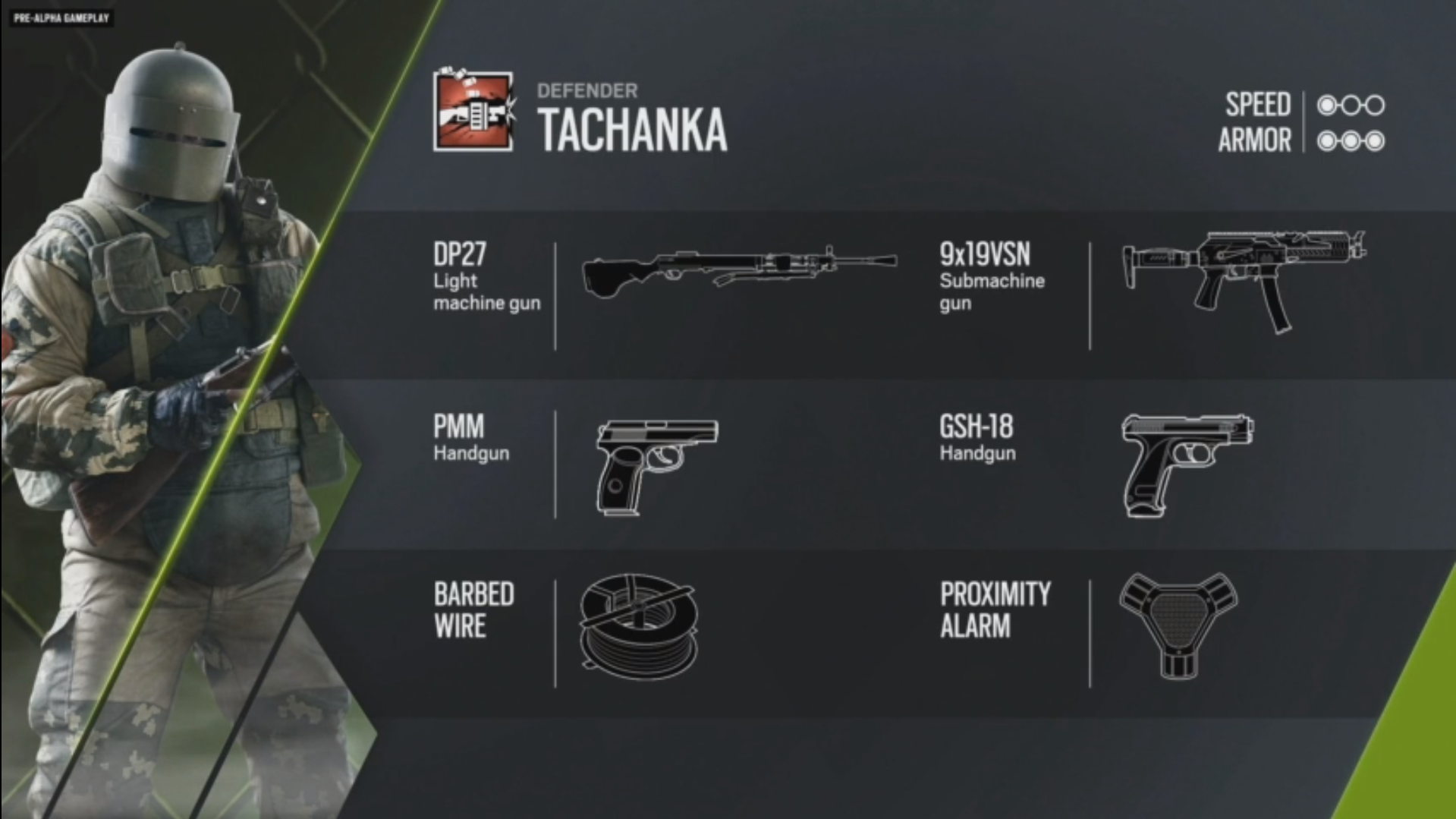 This is in fact the second change to Tachanka with him receiving a small buff in Year 2 in the form of a face shield on his turret which, while an improvement, done fairly little to fix the core issues with the operator. Now Ubisoft takes a third look at Tachanka giving him the biggest makeover to any operator to date, a treatment that will likely come to more operators in Year 6 and beyond.

With the launch of Tachanka, the Rogue R6Share skin for his LMG will likely become available as prior to this only the uniform, headgear, and charm were available in the store. Furthermore, the leaked Tachanka Elite will likely show up in the store in the following months as Ubisoft aims to capitalize on The Lord's popularity.

Check back here for future announcements and updates to Rainbow Six Siege.