North America's mini-major is coming up. Let's talk about what we have to expect from each team.

With the first stage of the North American League in the books, our sights turn to the newly-dubbed "mini-major," and the SI Points and prize money that comes with it.

Due to the COVID-19 global pandemic, we're forced to have the tournament online and locked to teams' home regions. Otherwise, the North American representatives for the international version of the major would have been Spacestation Gaming, Oxygen Esports, Team SoloMid, and DarkZero Esports. Unfortunately, the four teams will have to battle it out online, and only against each other.

So, there's a massive asterisk over this tournament. There's no way around it -- a tournament not played on LAN and without international competition doesn't really qualify for the standards of a "Major."

That doesn't mean the rewards from winning the tournament amount to nothing, though. SI points will be valuable as the season wears on, and the prize money ($125,000 between the four) is nothing to scoff at either. Let's talk about the four North American teams involved in the Mini-Major, and make some predictions. 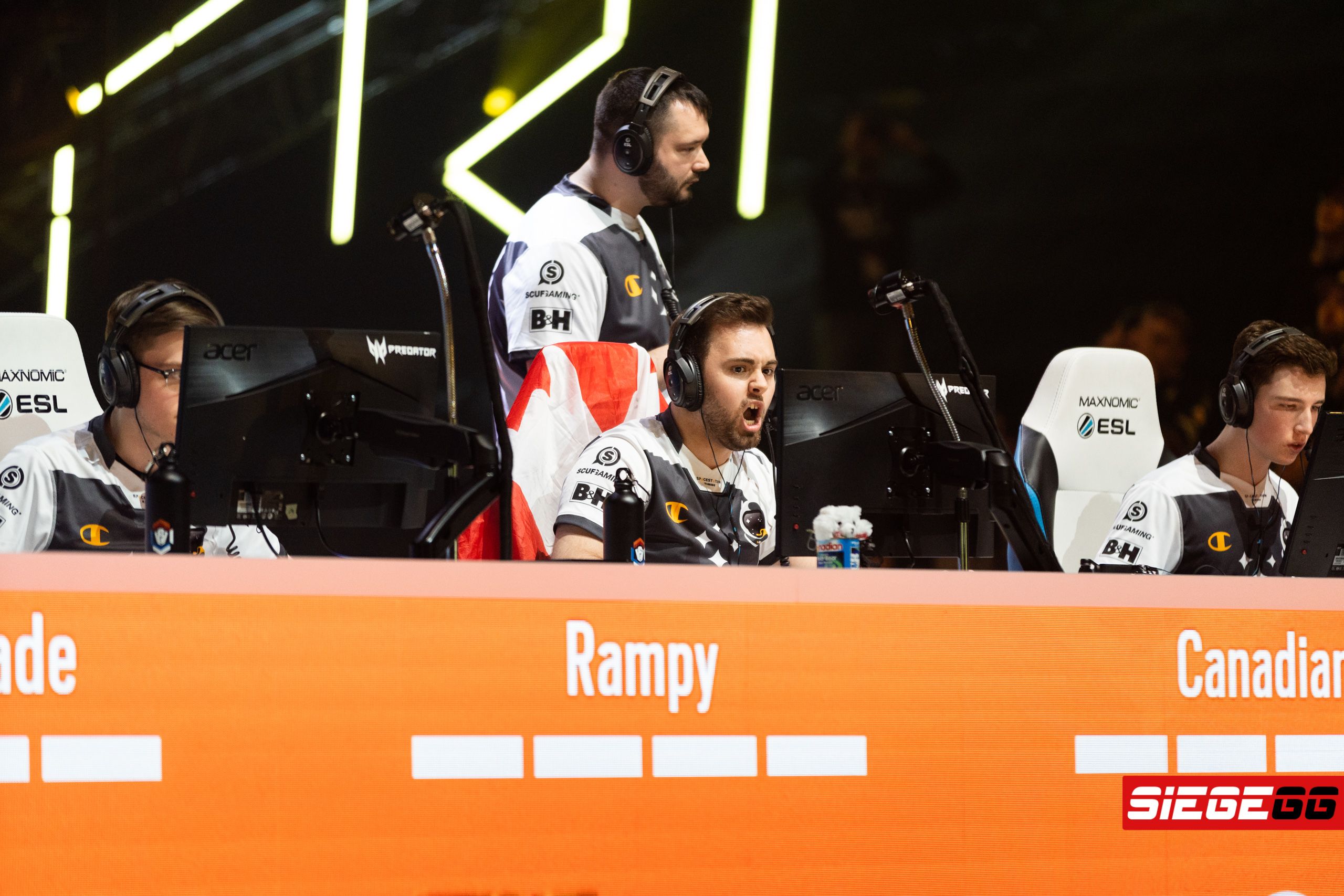 Spacestation stumbled a bit during the initial weeks of Stage 1, and the consensus best team in the world was slightly humbled following a hotly contested 0-2 loss to Oxygen Esports. However, the reigning Invitational champions pulled themselves together and began torching their way through the rest of the stage, only dropping one map to Disrupt Gaming in a whirlwind that included 2-0 victories over DarkZero and a revenge win over Oxygen.

The standout statistics with this team somewhat reflected their struggles and their return to form -- Troy "Canadian" Jaroslawski led Stage 1 in plants with 18, and Dylan "Bosco" Bosco led the league in clutches with seven. Spacestation found their way after an early season loss, and returned to their technical style, hence Canadian's league-leading plants. Three of Bosco's clutches came before Spacestation's come-to-Jesus moment in their second week of play, highlighting some of their messes that Bosco simply cleaned up himself vs. eUnited.

Considering their recent play, Spacestation have to be the favorite. They have a deep map pool, with a 100% win rate on four maps during Stage 1, they have one of the best support backbones in the game with Bosco, Canadian, and Javier "Thinkingnade" Escamila, and their entry play with Alec "Fultz" Fultz and Nathanial "Rampy" Duvall is incredibly powerful. As long as they play their game, there's no reason why Spacestation can't take the Mini-Major crown. 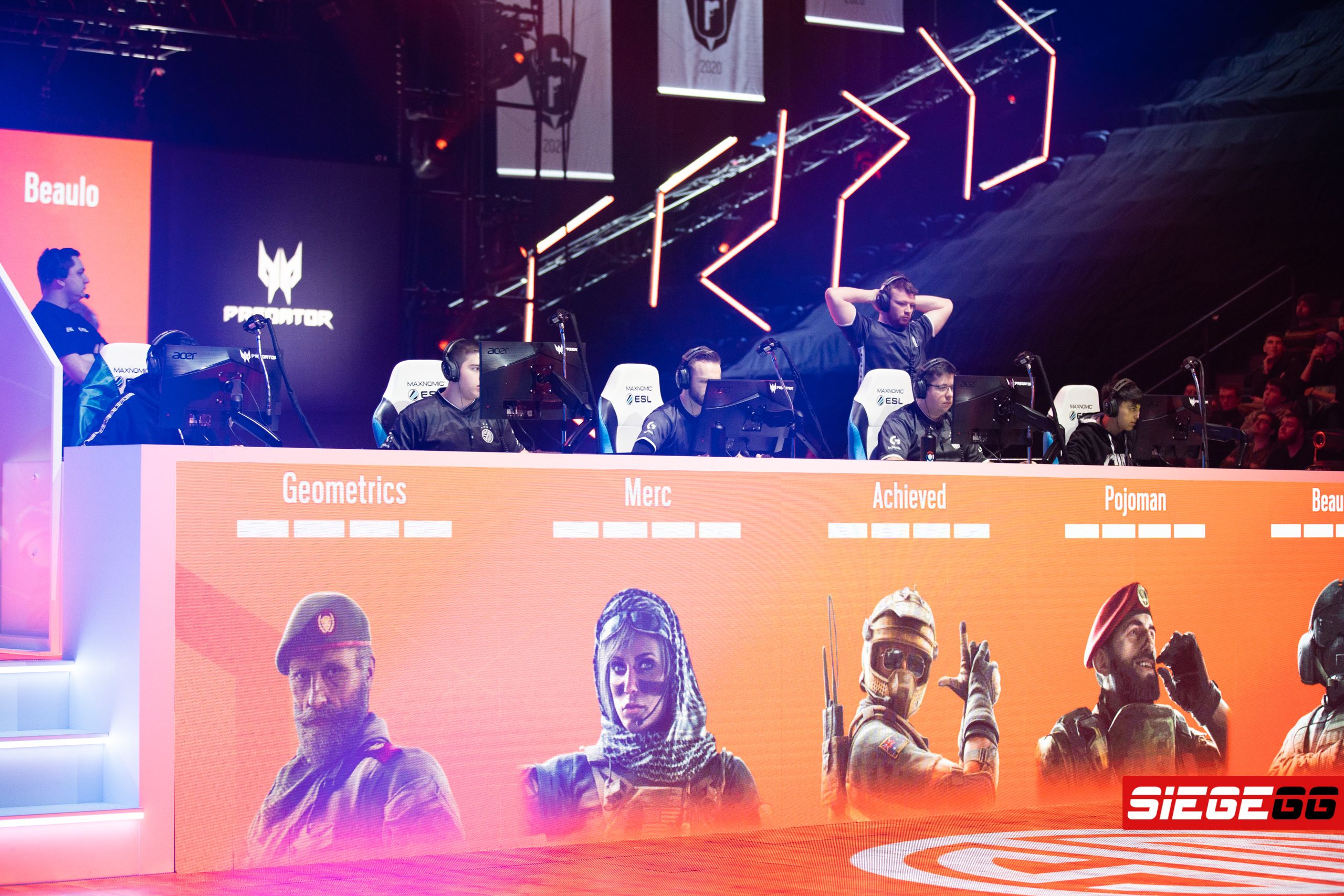 Another perennial North American power that struggled at the beginning of the season but roared to a solid finish was TSM, who qualified second for the Mini-Major, and placed second during the first stage following a 2-1 victory over Oxygen. This stage's iteration of TSM looked a little different than what fans are used to following the addition of Brady "Chala" Davenport, which moved Emilio "geoo" Leynez Cuevas to the hard breach roles. Similar to Spacestation, TSM took a little bit to gel, but once they did they looked excellent.

As most expected, Jason "Beaulo" Doty had a massive season, ending the stage with a 1.20 rating. Chala starred as well in his first season with the squad, and landed in the top five in three major statistical categories. With five different players that can take over a game at any time, TSM's struggles appeared to just be getting everyone going at the same time. When this team fires on all cylinders, they're world-class.

TSM will undoubtedly challenge for the Mini-Major title, but they can't afford hitting a bad streak, as they sometimes did during the initial games of Stage 1. Make no mistake, even when TSM is streaky, they're lethal. This is an explosive team that has the skill to take some calculated risks. Everyone expects big things from TSM, and they're right to do so. 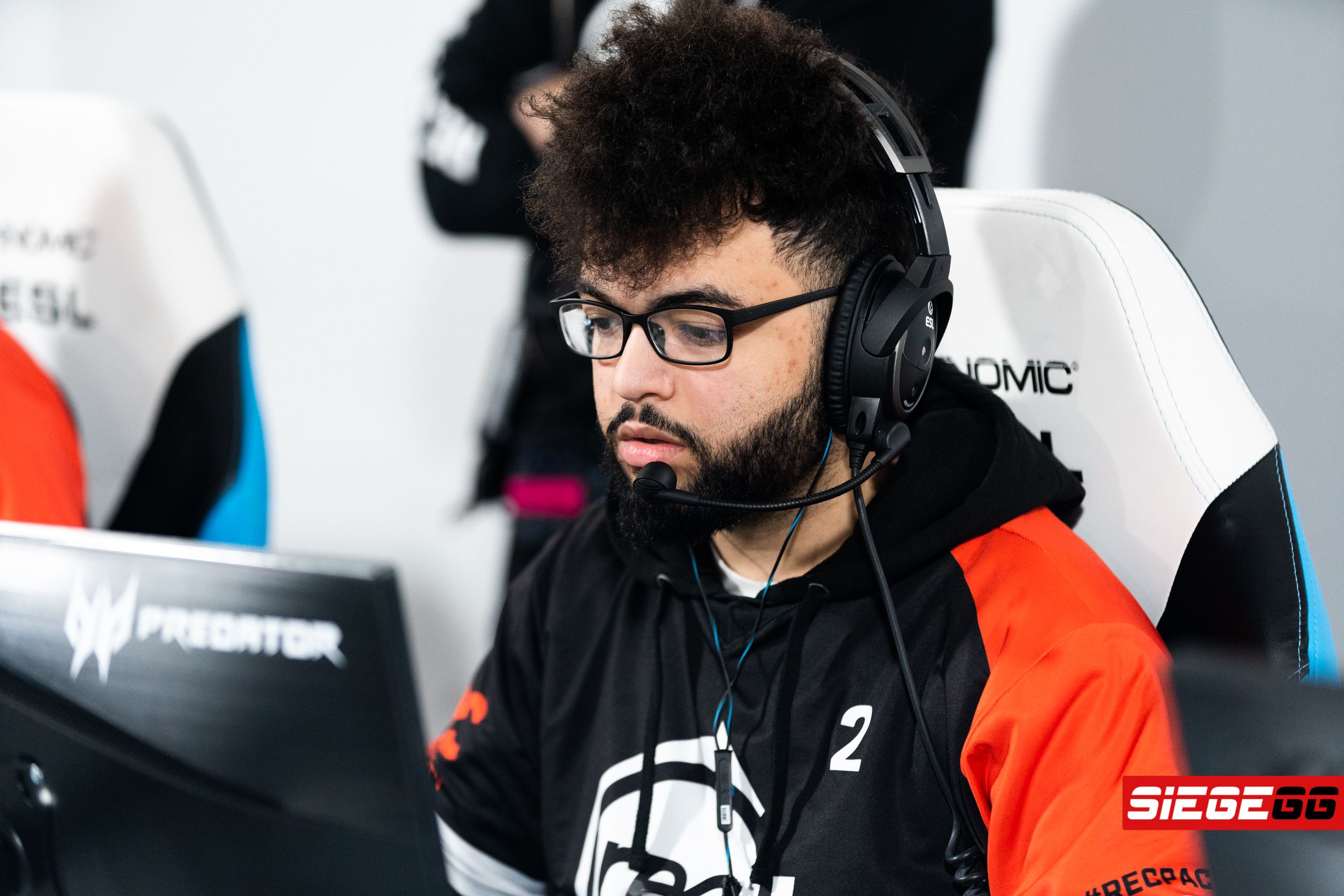 Oxygen qualified third, but for a while, they looked like they were the team to finally unseat Spacestation as the kings of North America. With a rock-solid defensive side and the explosiveness of Gabriel "LaXInG" Mirelez, Oxygen is a very strong team in the current meta.

The knock from outsiders on the old Reciprocity roster was a lack of supports and too many entries meant the team played a tad too far to the wild side. All of those uninformed thoughts have been cast to the wayside, as this Oxygen roster just... looks and feels different. It's hard to put a thumb on what exactly has changed in the way they do things without hearing their team comms, but from the outside looking in, they're more structured than previous iterations of the roster. That perceived structure, however much of it there is, has led to tangible wins, as Oxygen only lost the stage title game to Spacestation by three rounds, and pushed TSM into map three in the second-third decider match, and didn't drop a single series until the final week of the stage.

All in all, this is a very dangerous squad that is battle tested, one bad week aside. At one point they looked nigh unstoppable, and will be coming into the tournament with a full head of steam after a mental reset. 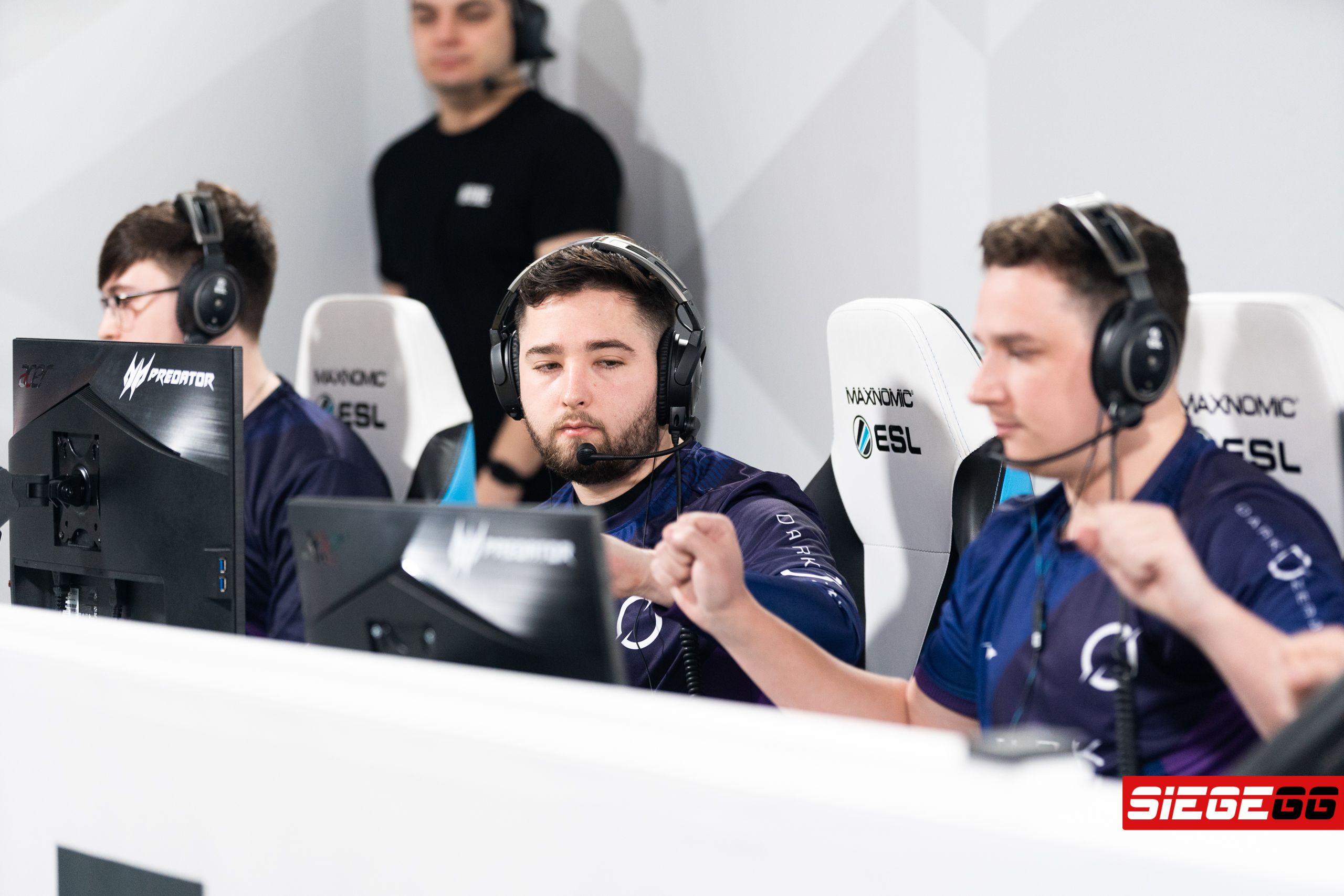 DarkZero are your qualifier champions, but it didn't come without a fight. The Susquehanna Soniqs pushed them to the absolute minute in what is widely considered one of, if not the most exciting match of NAL thus far. Two of the three maps played went into overtime, and the other one ended at a 7-5, as close as you can be without utilizing overtime.

By most measurables, Paul "Hyper" Kontopanagiotis was DarkZero's best player by statistics, if not the best individual player in the league. During the qualifier, Alexander "Skys" Magor also performed statistically well, and didn't have a bad regular season either. These things go to show that it takes more than stats to rack up wins. After a strong opening pair of games, DarkZero had arguably their worst week since they were concieved -- losing 0-2 to both Spacestation and TSM, no games pushed into overtime. A win in the qualifiers was nice, but the members of the team didn't seem happy with their 2-1 win over a Soniqs team who was playing their second back-to-back series.

Super disappointed with how the team played tonight...
GG's to @SoniqsEsports
We HAVE to get better for the major.

GGs soniqs 2-1. Pathetic performance from us & nothing to be happy about.

It's tough to predict how DarkZero will play, specifically because of their insistence that beating a good Soniqs team was not much to be enthused about. It's a team that's clearly hungry for success, but unless they find their early-season cohesiveness and resilience again, they might end up exiting the tournament earlier than they're used to.

LaXInG will continue his impactful Stage 1 performance at the major. He's all over the map, and currently, he looks a litte unstoppable.

DarkZero's statistically-best player will undoubtedly shine again during this tournament. While DarkZero have a bit of time to reinvent themselves and get the rest of their team on track, Hyper has been on an absolute tear.

A subpar bout with Oxygen Esports lit a fire under Spacestation, and Fultz in particular benefitted. He had a 1.08 rating or above in each of Spacestation's three matches after their loss, and statistically peaked in a 2-1 win over Disrupt with a 1.30. Fultz has only improved over his time with SSG, and now he'll look to continue his individual upward trend.

The current title-holders continue their stranglehold on the top of North America, even if they look a bit vulnerable at times. Spacestation are one of the most strat-heavy teams in the world, don't be surprised if head coach Justin "Lycan" Woods has more than a few tricks up his sleeve for the Mini-Major.

I think Oxygen challenges for the top spot, but ultimately falls a bit short of the crown. This is a strong, re-invented squad that can absolutely beat anyone in the league on any given day, but they're up against a tall task. If Oxygen can perform on attack as well as defense, they should be able to claw their way to at least a second-placed spot.

TSM's streaky play could come back to haunt them in a tournament where you can't afford to randomly drop maps or have a bad day. Playing streaky isn't necessarily a bad thing if you can stick to winning streaks, but when you're up against the best in the league those winning streaks become much less common. TSM is capable of catching fire, but they'll need consistency to take home the tournament victory.

I think DarkZero puts up a valiant effort, but finding the magic they seemingly played under at the beginning of the season is a tough task. I think DZ fall early, but not without one hell of a fight. This is another strat-heavy team that will come prepared, but their former struggles to adapt when the strategy doesn't go their way could come back to haunt them.

Make sure to tune in for the games, starting on the 14th of August at 12:30 PM EDT (UTC-4), as North America sets out in search for its mini-major champion. At the same time, make sure to check back here for more coverage and follows us on Twitter for instant updates.

Team Vitality Must Rebound in Stage 2, and Signs Are Promising

Team Vitality Must Rebound in Stage 2, and Signs Are Promising

The Second Entry — Talking Week 1, Stage 2 of the NAL