With the second week of the Korean Open 2020 Summer complete, here's a rundown of all the action across the weekend.

The ₩30,000,000 (US$25,000) Korean national tournament got underway two weeks ago, with three APAC North teams in attendance, with the other teams not to be scoffed at either. Despite past struggles with making the numbers for the Pro League, the Korean domestic scene has been going along strongly.

The new Korean Open series of nationals is the latest in a line of a few prior successful tournaments, so here's a rundown of the games from the week prior and here's what to expect from the week ahead.

The new and exciting GC Busan Spear roster got the second week of play started with its Best-of-Three against SGA eSports. Going onto the latter's map pick of Oregon first, SGA got off to a strong start with two defensive wins that were stretched to a 4-2 lead. Surprisingly finding themselves behind, the GC Busan Spear players pulled things back to tie the scoreline -- and while SGA took the lead back -- three rounds in a row for Spear meant it took the map 7-4.

Kafe got off to a very similar start as Oregon had, with both teams trading rounds at the start and SGA running away to a 4-1 lead on defense. Once again, it was time for Spear to begin a rescue job in round six, and the team finally got the lead in the ninth round after winning three more attack rounds in a row. SGA finally came to life on attack to tie things at 5-5, but GC Busan Spear's players' combined individual experiences did not let them down, as they hung on for a 7-5 win. 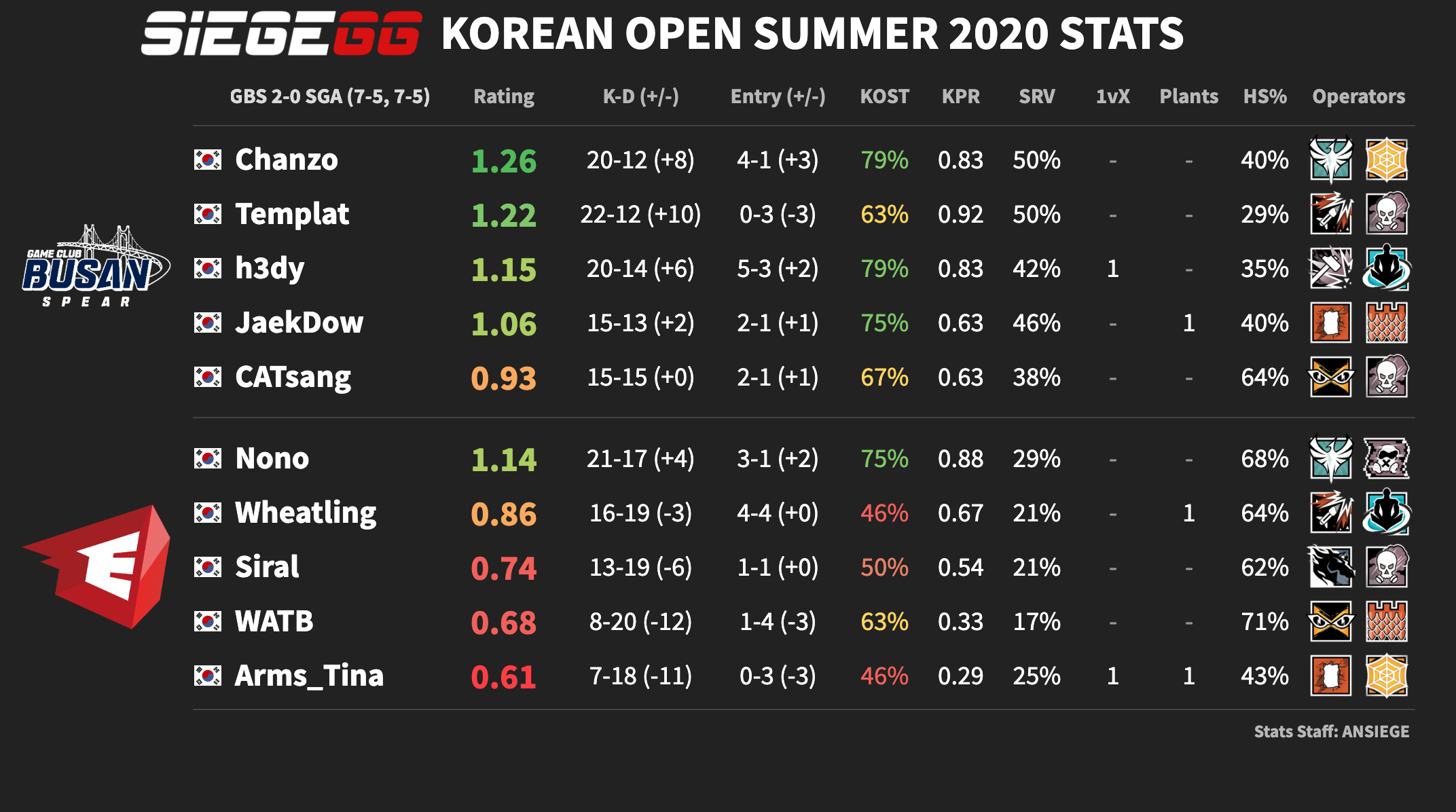 The second and final matchup on Saturday saw the two APAC North sides of Talon Esports and SCARZ take each other on in a tale of two maps for the latter. The match started off on Consulate, SCARZ's map pick, but one could have been forgiven for assuming the inverse. On defense, Talon seemed unstoppable -- despite SCARZ having the luxury of playing with an out-and-out player instead of its coach as the fifth member. All six rounds in the first half went to Talon and the ninth-placed APAC North team took the first on attack, too, to close out the map 7-0.

The script would be very different, however, on the second map of Clubhouse. Talon would carry on the first-map momentum by taking two attacking round victories, but SCARZ would return the serve fiercely, winning all four of its remaining defensive rounds. Scrambling to recover from its 2-4 half, Talon would finally tie things up in the 10th round, but SCARZ securing match point meant that the former had to force overtime. Getting the favoured defensive side on overtime was key for Talon, however, as the map went 8-7 in its favour, with only four of the 15 rounds going to the attackers. 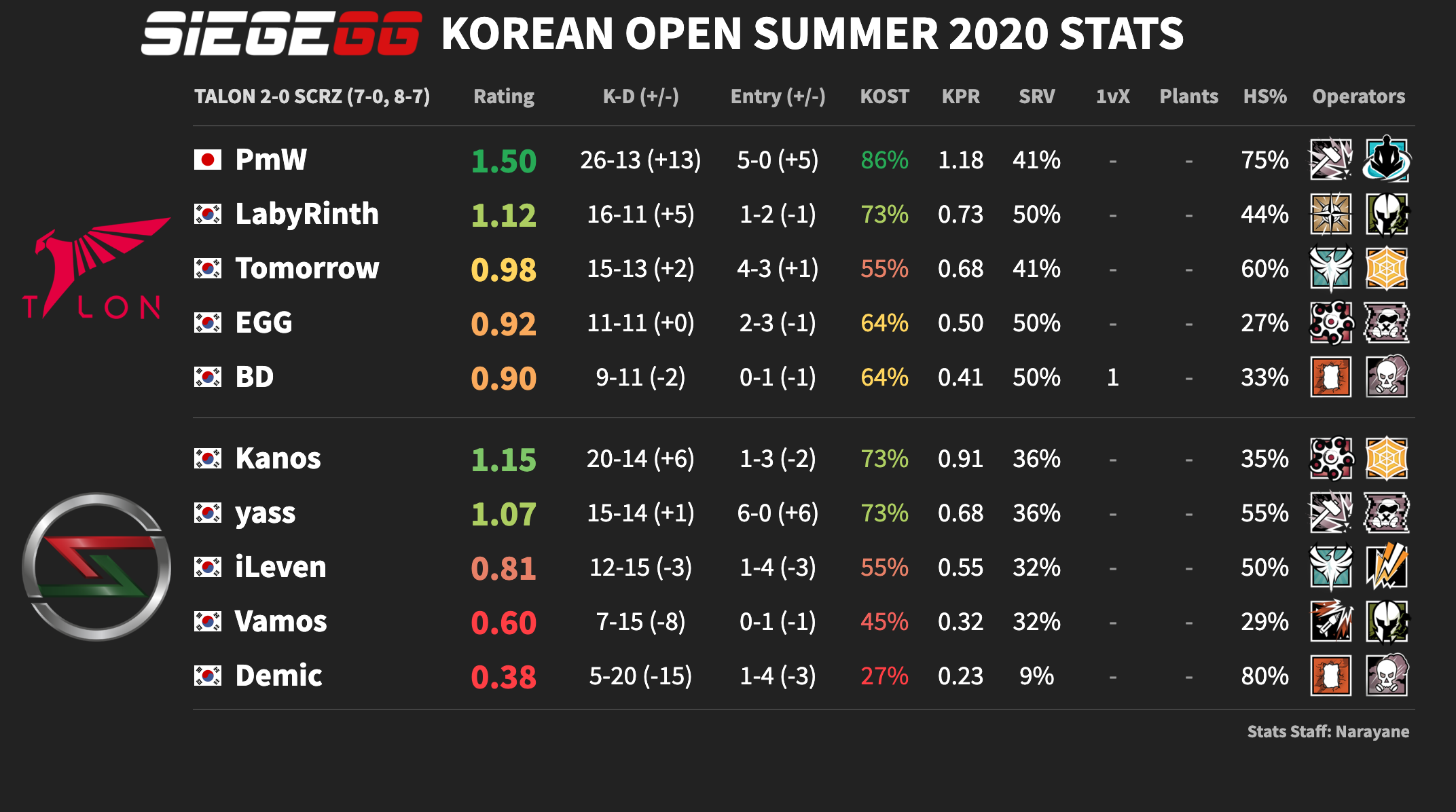 Cloud9 got the Sunday started with a game against Use Drone, on the latter's map pick of Kafe. While Use Drone started things well with a first-round attacking win. Three straight defensive rounds for Cloud9 then followed, but Use Drone kept itself in the game with another attacking victory on the fifth round. However, another three-round string of victories put Cloud9 on match point. While Use Drone delayed the win, it was only for one round and their esteemed opponents closed it out 7-3.

Oregon, on the other hand, despite having a 60% defender win-rate in the APAC North Division, turned out to be an attacker's playground for Cloud9. The incumbent Korean champions raced off to a 4-0 lead, and Use Drone could only manage one defensive win the first half. Cloud9 would then lose its first defensive round as well, right after the role swap, but recover to win the next to rounds and take the map 7-2. 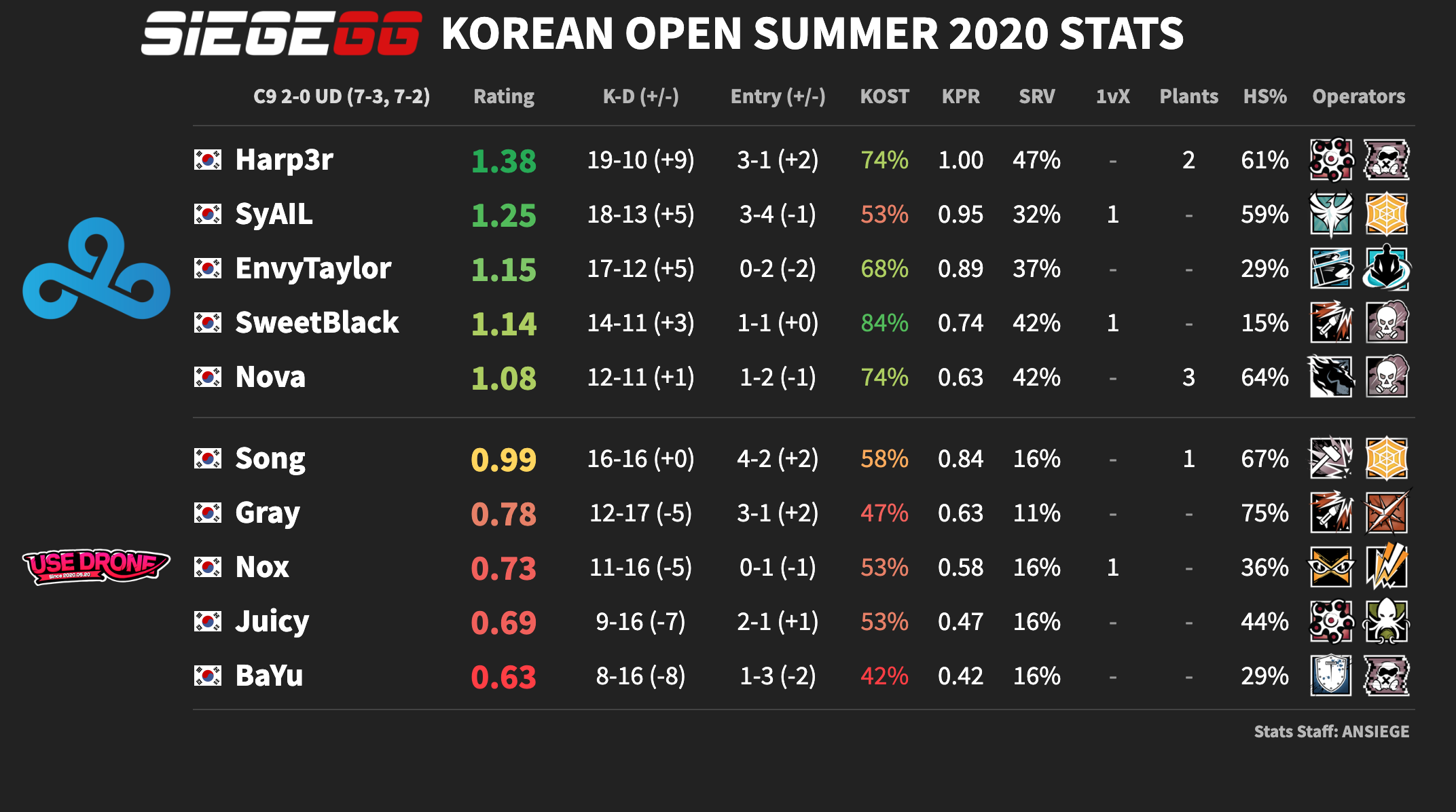 Finally, closing out the week of play was the game between WHALE and Faust. Playing initially on the latter's map pick of Villa, Faust drew first blood as expected on defense. However, WHALE was undeterred on attack and won the next two rounds, as well as the fifth to lead 3-2. Faust's sixth-round win was vital to keep it in the game, and while the two teams traded rounds until the tenth round, WHALE was able to pull away and secure two in a row and take the map 7-5.

Moving onto Coastline, WHALE was eager to keep its momentum going and swum to a 2-0 lead. While Faust spoiled the party in the second and sixth rounds, only able to defend the Hookah and Billiards site, WHALE was soon leading 4-2 at the half. The defense was almost entirely a WHALE show as well, with Faust only able to secure one round on the attack, eventually falling 3-7. 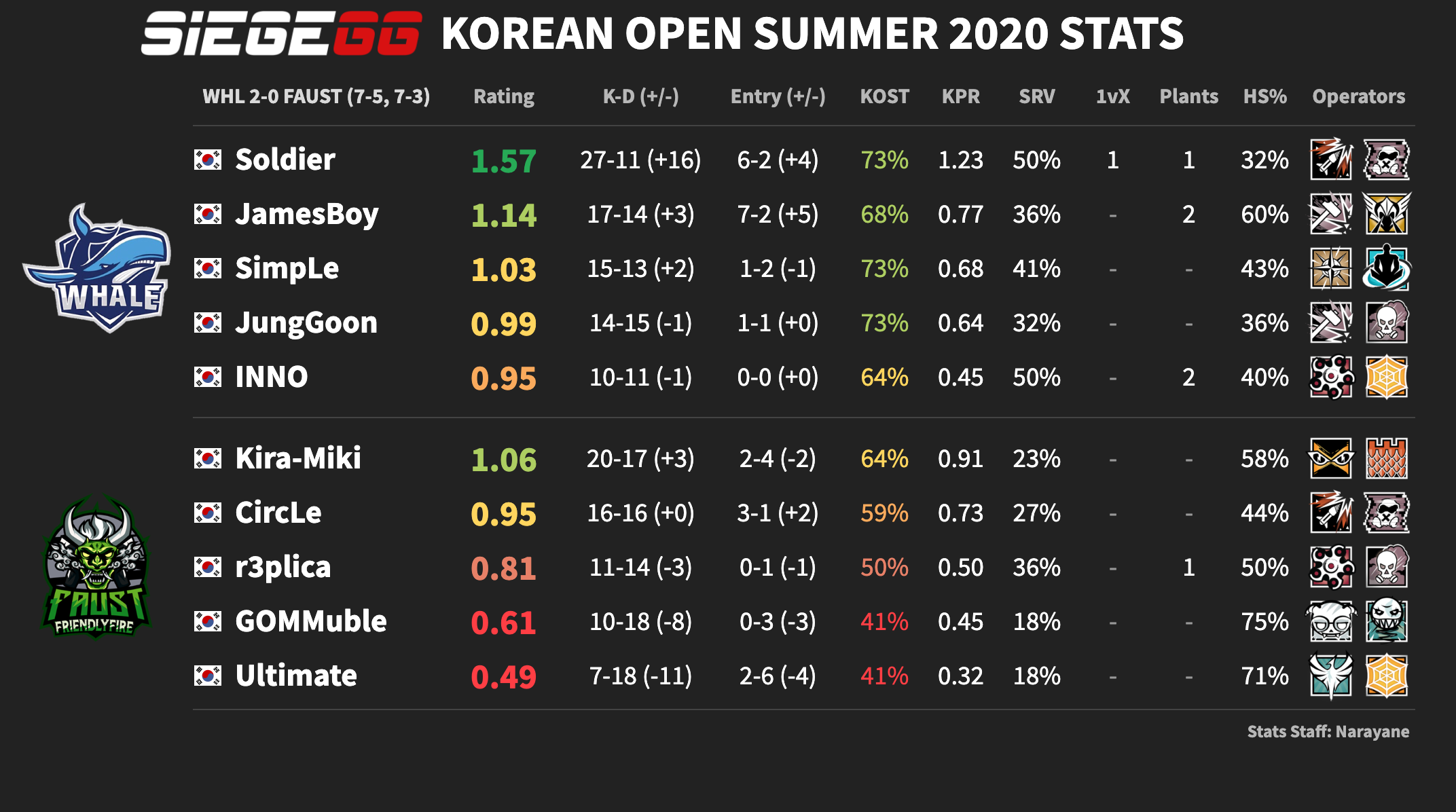 This week, be sure to tune in for the matches again, starting at 2 PM KST (UTC+9). Of note will be the APAC North clash between Cloud9 and GC Busan Spear, with CATSang and h3dy set to face Cloud9 for the first time after their departures. The two teams look similar in strength on paper, and with the vastly more experienced Cloud9 presumably keen to conserve strategies for the APAC mini-major, this might be Spear's best chance to take the win.

Keep an eye out here on SiegeGG for further updates from the Korean Open 2020 Summer tournament as the games continue for the next two weeks, and be sure to follow us on Twitter for instant updates.