Catch up on what happened on the first and second broadcasted days of DreamHack Valencia for a complete roundup of all the action on and off stream. 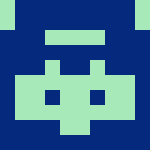 In what was essentially the final for the qualification to the Six Major Raleigh next month, Chaos and Rogue took each other on with a lot to prove for each team, but for different reasons. Chaos wanted to establish themselves as one of the better teams from Europe, while Rogue wanted to re-establish themselves as one of the best in North America.

Rogue stepped back onto their old stomping grounds of the idyllic Russian eatery, Kafe, as Chaos would first step up to the plate with a very dominant response in the early game, taking the first half 4-2. Unfortunately for them, taking Kafe away from Rogue entirely has not been a success for many of Rogue’s opponents, but the Swedes found out exactly why many have failed time and again with a firsthand experience.

Despite being down 5-6, the last bastion of North American hope for the Major wouldn’t let down their fists just yet and managed to push the map to overtime. After maximum overtime was reached, a crucial 1v1 between easilyy and Vitoline would end up in easilyy’s favor to give them a 4-0 record on Kafe, but more importantly put them one map away from the Major.

Picking up off of their momentum on Kafe, Rogue would secure an early 2-0 lead as Chaos bounced back, pushing for the third map, thanks to some incredible plays from Secretly and even a quad-kill from Renuilz to secure four match points. At this stage, it seemed that Chaos, by far and away, had the number of Rogue, and that there would be no comeback from 2-6 for the North Americans.

However, Rogue would manage to reignite their fire from the first map, managing to bring back four rounds in a row to secure overtime. Despite Chaos’ best efforts on their defensive and attack rounds, respectively, Rogue would come out as the victor and the recipient of DreamHack Valencia’s Raleigh Major invite spot -- almost like it was destined to be Team USA’s.

The orgless European representatives would face off their familiar Latin American foes from the Season 9 Finals in Milan, where FaZe last conquered them with a very dominant 2-0 victory. While both teams did not have anything like a Major qualification spot to play for, Looking For Org (LFO) were raring to get revenge and put on a show for any potential organisations watching on.

This time, though, things would be very different with Kafe’s return to the map pool. After a first round rehost due to audio issues, LFO would waste no time showing FaZe the ropes on the European favourite map as they crushed the Brazilians by a score of 7-2, putting FaZe that much farther from a Minor victory for Latin America.

With almost very little to go on about, LFO put on yet another clinic against the Latin American giants on Consulate, almost lazily cruising to a 5-0 lead. FaZe, on the other hand, looked uncertain and listless, though they did manage to put one round on the board. However, LFO would tread on and grab the last two rounds with both hands outstretched to put the final nail in the FaZe’s DreamHack Valencia hopes. FaZe would crash out, while LFO would go on to face Rogue in the grand final.

Bank started off as a very Rogue-sided game, with the North Americans breezing through LFO’s defensive setups to get an early 4-1 lead against the Europeans. With the lack of a meaningful break between the second semi-final, played by LFO, and the grand final, it seemed that the Europeans had simply run out of steam.

Rogue would eventually hit map point on the ninth round, holding a lead of three rounds, and LFO’s chances were not looking particularly great, given the strong run of form Rogue had been in the whole tournament. Despite LFO’s best efforts, it would be Rogue to clean it up on defense and pick up map one and put themselves one map away from giving North America their second-ever Minor.

Daring to leave Kafe unbanned against a team not only currently undefeated on it, but also having had a reputation of being one of the best on its pre-rework version, LFO would play directly into the hands of Rogue just by letting this map slip through.

It was an early lead set by the North Americans, who went up 3-1, largely thanks to VertcL going massive across the map. The efforts of AceeZ and Korey, however, would swing the tide back in the favor of LFO to play cat-and-mouse with Rogue. LFO then managed to push the map all the way back to overtime, tantalized with the thought of beating the streak. As overtime dragged on and Kafe went as close as it could have, Rogue pulled through with all of their might to shut out the Europeans, and give North America their second Minor victory, and the first for Rogue on an international level.

Catch all these teams in action once again when the Pro League resumes later this week from the 10th of July.