ESL Premiership - Spring 2019: Everything You Need to Know!

This weekend the top four teams in the UK will meet in Manchester, England to crown the third ever British national champions who will take home the top share of the £10,500 prize pool.

The Pro League roster of Team Secret will be the stars at this event as the ESL Premiership R6 Finals gets its very first large scale LAN at the Bowlers Exhibition Centre in Manchester -- a much larger and more impressive venue than the ESL Studios in Leicester in which the last finals were held. Here Secret will aim to defend their title without their newest pickup or their coach in attendance and with more experienced and promising up-and-coming rosters at their heels. All of this should make this a thrilling event for British and international spectators to watch alike.

This season there was a change in format which saw the teams split into two separate groups with the winners of each qualifying for the LAN while the second and third-placed teams faced off in a single elimination playoff for their spot.

This means the four teams we will see tomorrow are:

There are a number of changes to this roster compared to the one that we would usually see in the Pro League with Jack “Plebma” Bentley substituting in for Aku "Fonkers" Seppä in order to retain a British majority for the event while the team’s coach of Louis "Helbee" Bureau will not be in attendance due to him living in Canada 5,000km away. This all presents a much weakened Team Secret roster to what was an already struggling lineup as they sit in the very last place in the European region of the Pro League.

Despite all this, the vast majority of people would still put their money on the reigning champions due to their enhanced experience but, after three out of their five maps during the last season’s finals went to the final round (a 7-6 finish) they are clearly beatable and will need to fight for their £4,400 winnings.

Vexed finished the last season of the ESL Premiership as the runners-up and qualified for this LAN as the leaders of their group theoretically making them a strong contender for the title. Unfortunately for them, however, they have lost a number of their star players since last season such as Jack "Doki" Robertson and Niclas "Pengu" Mouritzen and now with Pie announcing he is unable to attend the event just a few days ago, their chance of winning is becoming much much slimmer.

It is still unknown who will replace Pie at the Finals, which is quite an issue as they play the Challenger League team of MnM Gaming in their first matchup of the day - a game against their old teammate of Doki.

One of the quickest rising teams in Europe, MnM currently sits in third place in the Challenger League and so are one of the favourites to make it to the Pro League for Season 10. This would be the first large scale LAN event for the team, would be their first meaningful matchup against a Pro League team and a chance to take home one of the most well known national titles in the world just over a month after the core of the roster officially came together.

One big advantage which MnM Gaming has over the three other rival teams at the event is GiG, their coach, as they will be the only team at the event who will have proper support staff to support them between maps and during timeouts. This could all lead to a thrilling matchup between MnM Gaming and Team Secret which possibly could be a preview of the Pro League relegation matchup in a months time.

Previously known as Guidance Gaming during the last ESL Premiership season, Wind and Rain will have perhaps the hardest job coming in as the second seed and having to play Team Secret in their first matchup. While this roster doesn’t have the big name or experience of the other teams, you don’t come this far to just give up so the team will be eager to possibly cause the biggest upset in the tournament's history and take down the giants.

Going in their favour, however, is that they have already defeated Vexed in the online season and took Team Secret to the final round last season showing that they do have a large amount of promise - perhaps with no other distractions such as Pro League or Challenger League they have prepared enough to take down the Pro League roster of Secret and make it to the Finals.

The event will see a much-expanded talent roster compared to last season with eight members covering the action across the three games.

The initial semifinals will be best-of-three map games with a best-of-five map final with the following times (in GMT) scheduled for each game on the rainbowsix_uk Twitch account:

The LAN will take place at the Bowlers Exhibition Centre in Manchester, a venue with a massive capacity of over 4000 people.

As well as the games themselves, it has been announced that the most successful player and coach in R6 history of Niclas "Pengu" Mouritzen and Thomas "Shas[O]Udas" Lee will be in attendance for the day as they were last season. Along with the Pro League coach of Jess and the roster of Team Secret this makes this event one of the most star-studded national events in the world even if half of that talent are there as the broadcasting talent rather than as players.

The event itself on Saturday will then be followed up by the ESL Premiership CS:GO Finals on Sunday to find the best Counter-Strike team in the UK. Tickets for both events can be found here while for full news roundups of the R6 Finals you can keep an eye out here at SiegeGG! 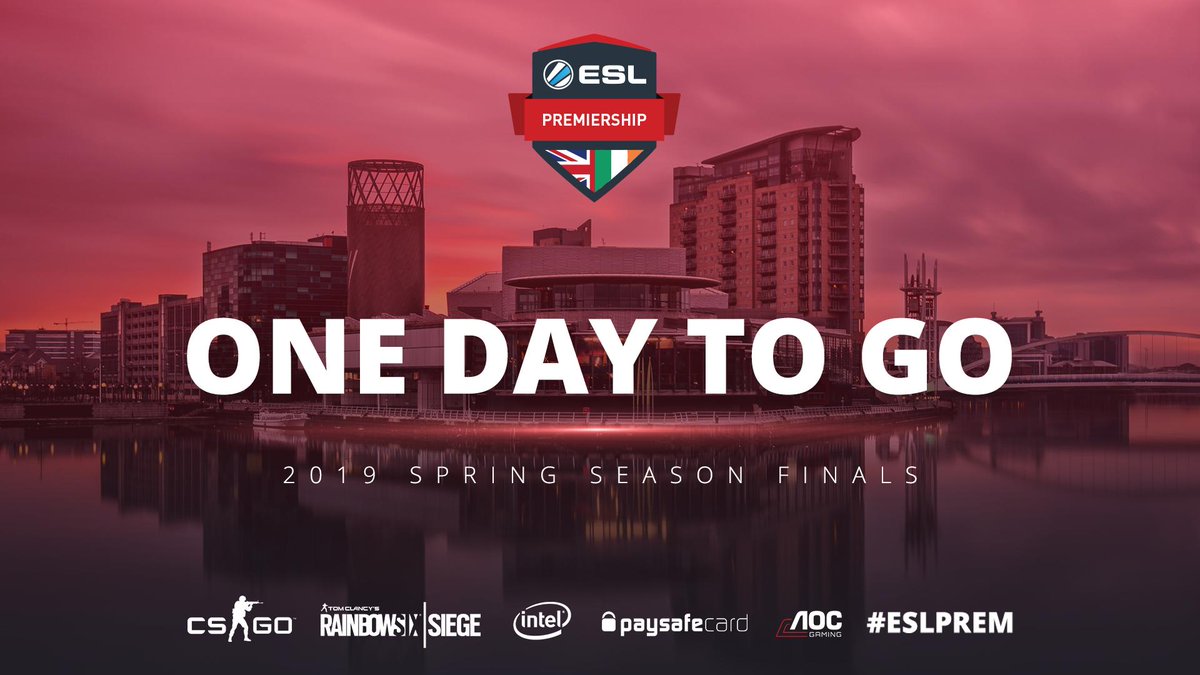