What is Situations in Rainbow Six Siege?

If you have just purchased Rainbow Six Siege, you should complete them.

Rainbow Six Siege is a very complicated game. With over 60 operators and more than 20 maps, it can be overwhelming to learn how every gadget in the game works, the operators' unique abilities, and how to move on every map.

Situations is the perfect game mode for those who have just installed Rainbow Six Siege.

What is Situations in Rainbow Six Siege? Situations is a special game mode made for inexperienced players who have just started playing Rainbow Six Siege. It teaches players the basics while answering questions such as:

While the first couple of situations can only be played with Recruit, the operators change as you complete the missions.

Once you have completed all the situations, you are ready to jump to Quick Match, the most casual game mode in Rainbow Six Siege. If you don't feel ready just yet, you can go to the Terrorist Hunt game mode.

Yes! Each Situation has a different set of objectives. Completing them will award you with 200 Renown, which you can use to unlock operators.

What Situations can be completed in Rainbow Six Siege? There are 11 Situations, with the last one being online. Let's have a look at all of them: 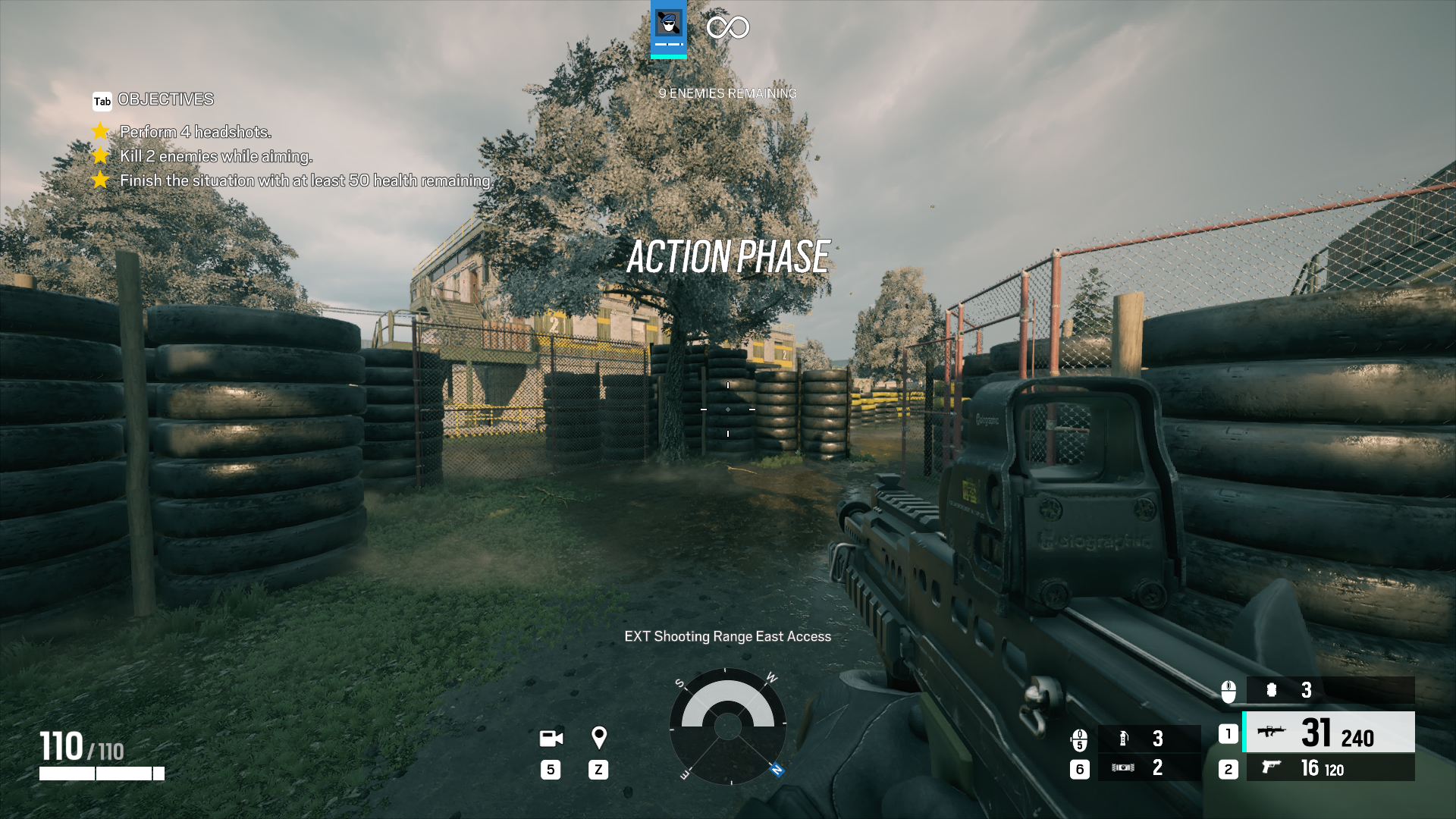 This is the most basic situation. You just have to kill nine opponents, but try to complete the mission while completing the objectives! Fun fact: Situations is the only way to play on the old version of Hereford Base nowadays. 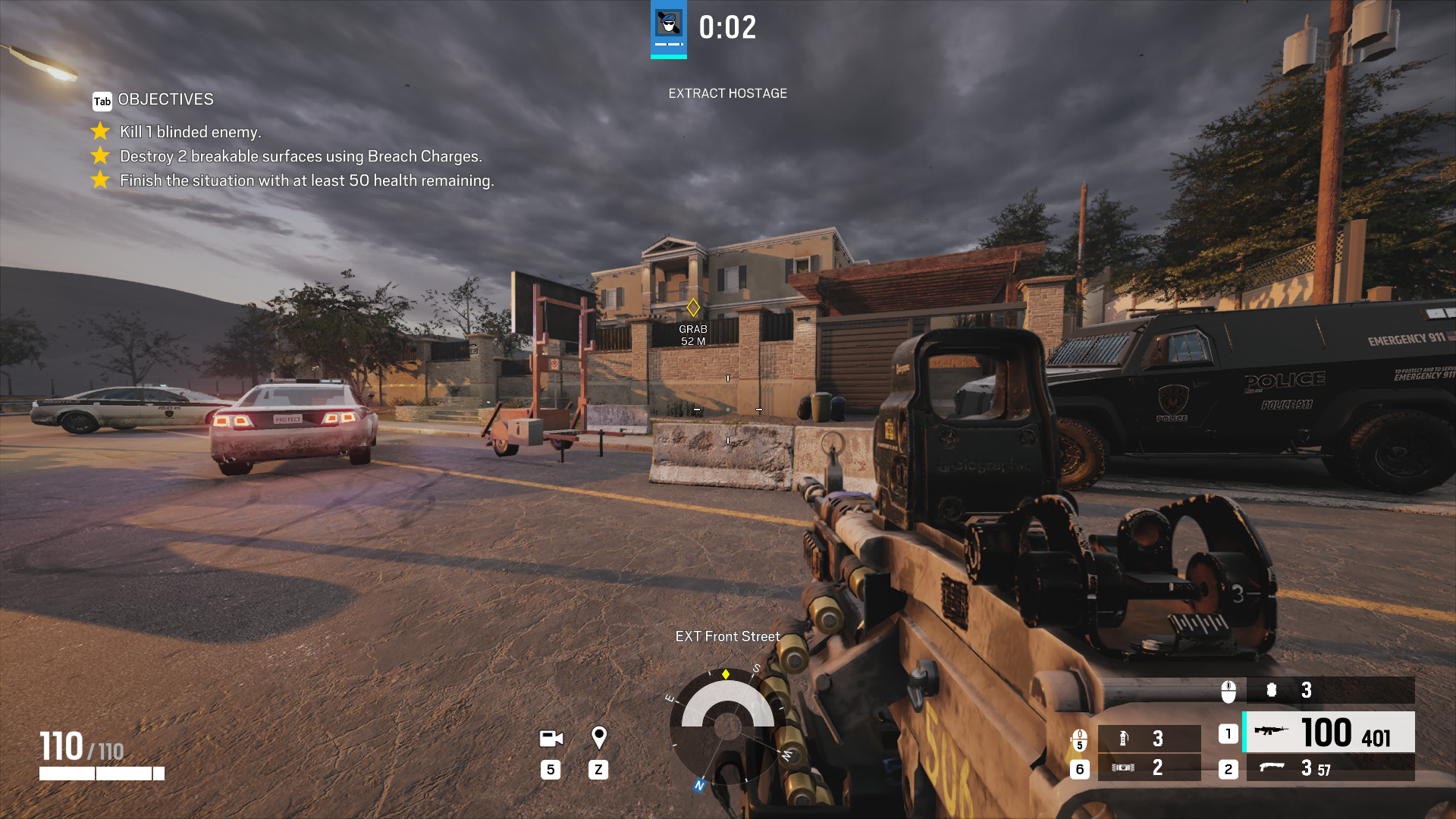 A few years ago, this situation took place on the original version of House. Not anymore. Use the LMG to kill your enemies. Your mission is to extract the hostage. 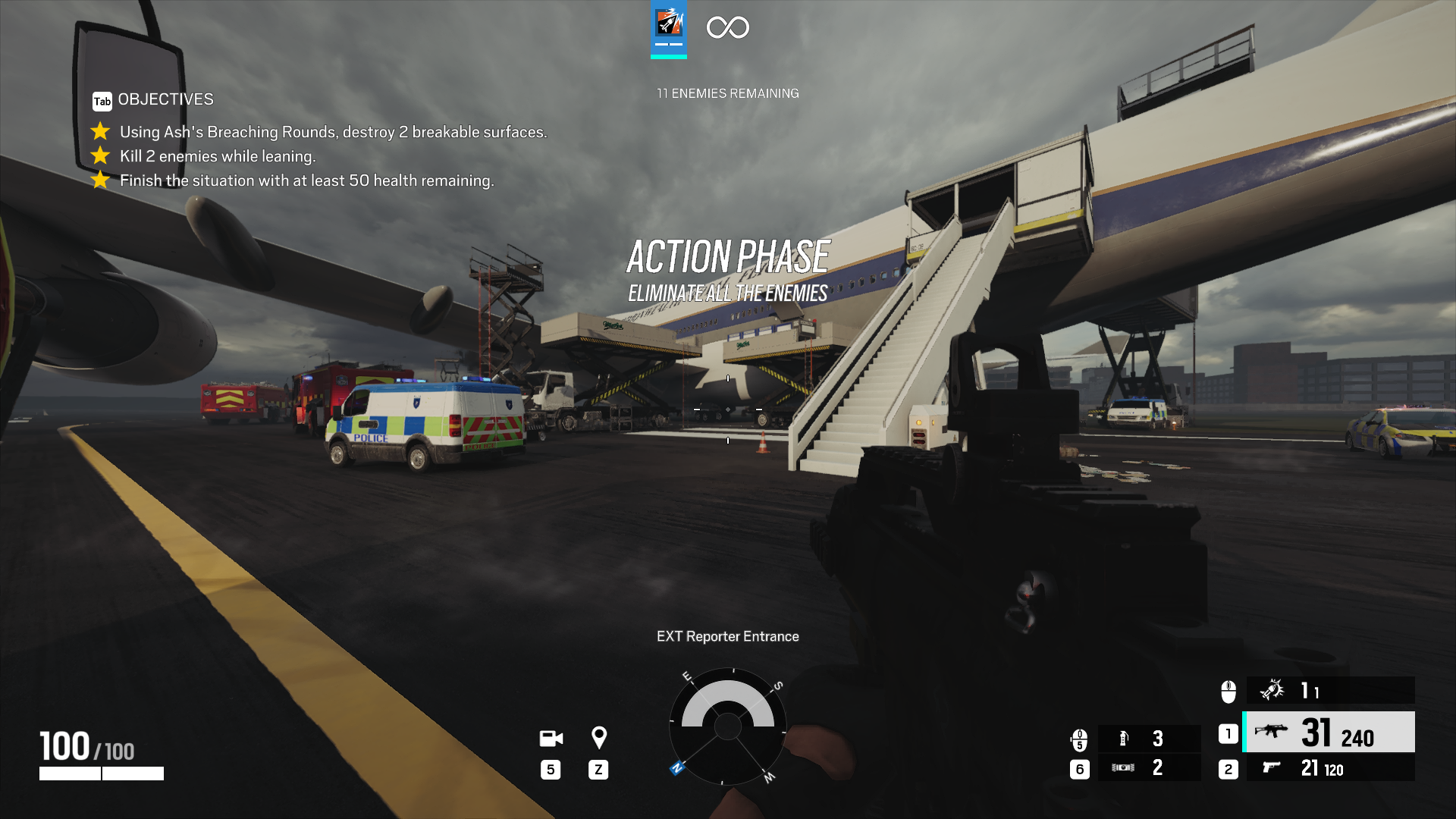 Time to change operators! For this mission, players will have to use Ash, arguably the most iconic attacker operator in Rainbow Six Siege. However, don't get too comfortable with this version of Ash: although she has flash grenades here, she doesn't have them on the other game modes. 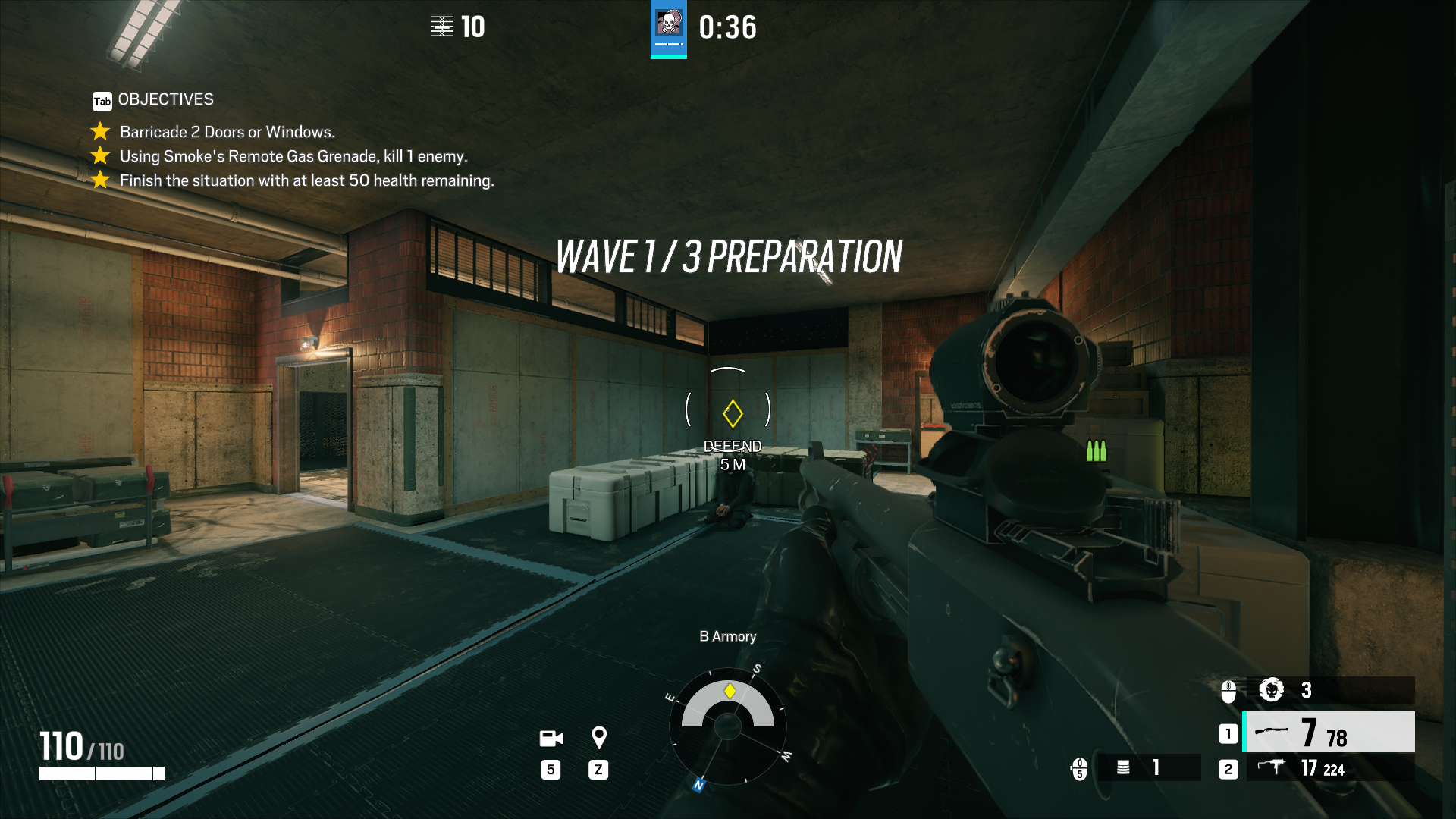 Back to old Hereford Base! It's time to switch sides and learn how to defend in Rainbow Six Siege. To do that you will be Smoke, one of the strongest anchors in the game. In this Situation, you are sent to Club House to protect a hostage from your enemies. You must use Kapkan's traps to make their task even harder. Time to attack again. You must rescue the hostage — but first, you must drone. This tutorial teaches you the basics of a droning phase.

Remember to watch out for your opponents this time. One of them is a bomber, a big guy that explodes when getting close to you. These used to be in Terrorist Hunt many years ago but were removed from the game due to people's complaints. However, he is still here.

Also, yes: Thermite has Frag Grenades here. Don't get used to it because he doesn't have them outside of Situations. For this Situation, you will use Glaz. He has a sniper, so this is going to be a different experience compared to the previous ones. Oh, there's a bomber in this Situation as well, so you better watch out! Back to the roots. Recruit is the operator chosen once again, as this situation is a completely different game mode: Bomb. Learn the basics of how to plant and protect the bomb from defenders who will try to defuse it. IQ is sent to Oregon to stop the enemies from taking the map. There's a new gadget introduced here, the C4. IQ is the perfect operator to destroy these thanks to her gadget. 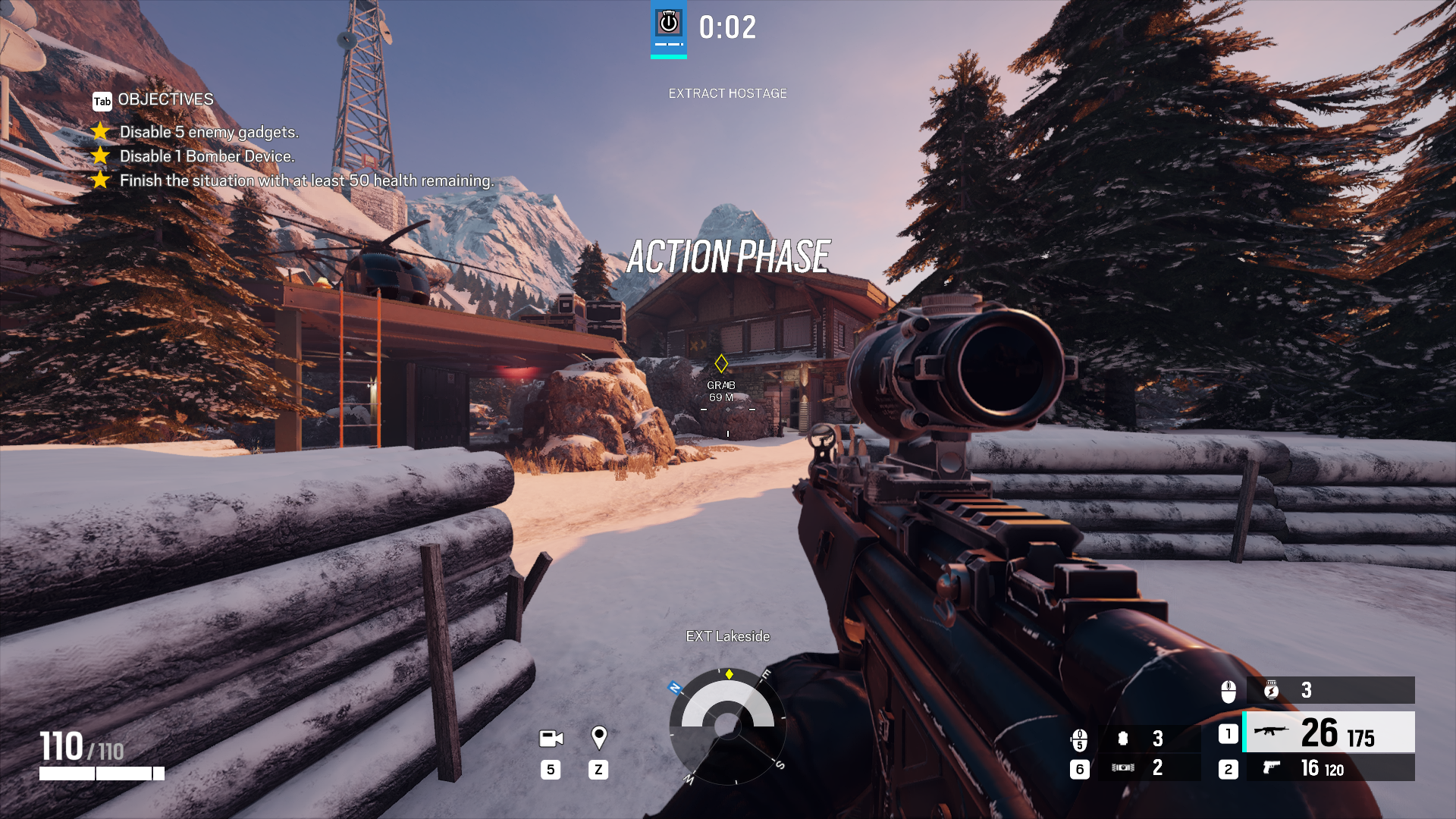 Here you will have the chance to use Thatcher's EMPs, which can disable any defender gadget for ten seconds. Thatcher is one of the most important operators in Rainbow Six Siege, so you better try to master him! Last but not least, we have Article 5. This is a very special playlist where you are sent to Barlett University during a gas attack. You must disable the two bombs in the building alongside four more people.

Since this is an online server, you will need to join the matchmaking and wait until a team is found.