“We are prepared, we are going to do anything we can”: Paluh on expectations, Liquid’s adaptation throughout the stage

Team Liquid stands out, for obvious reasons, among the great variety of debutant teams and new faces that will feature in Charlotte, NC.

For the last few months, Team Liquid have been on a journey of adaptation. After missing out on the Sweden Major, the team won the Brasileirão and finished among the best six sides at the Six Invitational 2022.

With great results backing their progression, possible arguments such as “adaptation” or “finding the team’s own Siege” aren’t sustainable anymore. Fans could buy these on last season’s final stretch, but not in a tournament filled with inexperienced lineups and rookies. Liquid, as always, is one of the favorites – this time, more than never before. 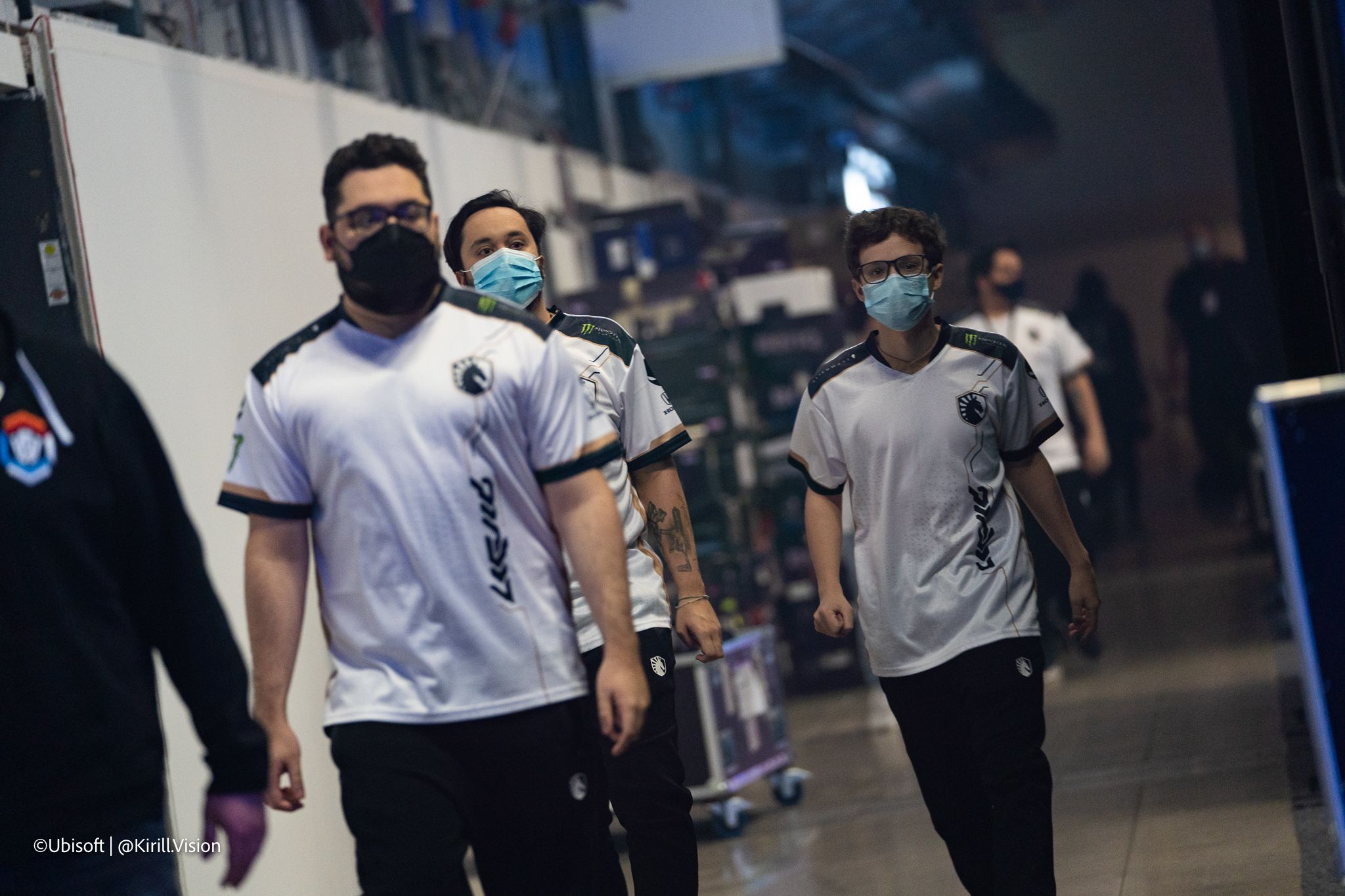 However, to what extent can Team Liquid be favorites? A favorite is someone who’s likely to win, but Liquid’s last international trophy dates back to Dec. 2019. Looking at the team's last two international appearances, the script has always been the same. It all starts with dominance on the group stage, which inexplicably vanishes at some point in the playoffs. Since the Six Invitational 2021, this has been Liquid’s dynamic.

“On our past roster, we were lacking a lot of adaptability, we had strong strategies and we could make some counters, but depending on our opponent style, it was really tough. [About SI 2022] a point could be that it was resetz and AsK's first big event and also first time playing at the stage,” explained Luccas “Paluh” Molina.

“Right now, we are working on both things, so we can be more unpredictable as well,” he elaborated.

Team Liquid could have the perfect man to work on this unpredictability in Vitor “hugzord” Hugo, who joined the lineup as a coach after Adenauer “Silence” Alvarenga’s retirement. According to Paluh, hugzord has shown the team “another vision of the game” as he brought solutions to problems he already experienced in past situations.

Name by name, Team Liquid is arguably one of the strongest sides in Rainbow Six Siege. Led by Year 5 and Year 6 best player Paluh, Liquid is a squad that has a perfect balance of experience and youth. Such harmony has led the team to adapt to Siege’s flowing meta, which is key to keeping the team’s consistency.

“There was a time that doing the same thing over and over has worked. Right now, you can’t do that. You must keep adapting in the middle of a game.”

Arguably, Team Liquid’s first stage has gone undercovered mainly because the Brasileirão has been full of upsets, both at the top and at the bottom of the standings. Team oNe and w7m esports were, against all the odds, the first two teams to become Charlotte Major bounds.

Precisely, Team Liquid lost both league matches against the two leaders. “We struggled on communication, we worked around it before the Copa [Elite Six]. We had to work some things around, especially the matches we lost against w7m and oNe. These results showed us we had to work at some points, they were playing different styles.”

According to Paluh, a big reason behind w7m and oNe success is the lack of information teams had about their playstyles. About w7m, Paluh highlighted their “confidence” and their evolution throughout the last months, a period of time where the squad “didn’t play any tournaments and weren’t showing anything.”

Meanwhile, about oNe, Paluh noticed the team’s different style, one the rest of the lineups weren’t used to. “They were playing a lot of mini-plays in the middle of the round, they played very aggressive, but we started to understand it and we could prepare ourselves better for the Copa.”

So, for Paluh, it is all about spending time practicing, analyzing, and evolving, especially in a season that has brought three extra maps to the map pool.

Liquid has shown great adaptability in every map played this season, with the team playing seven different maps throughout the Copa Elite Six. “We were focusing a lot, we are playing with nine maps so you need a lot of practice. It is not easy to make them at least decent.”

Paluh admitted to having extended the scrimmage time, as the team was looking forward to fixing communication problems. With nine different maps to play, that’s arguably a difficult task. “We were going too messy with the communication, everyone was calling at the same time.”

“We are prepared, we are going to do anything we can,” he concluded.

Team Liquid’s journey in the Charlotte Major will begin next week, as the team will face CYCLOPS athlete gaming, XSET, and fellow Brasileirão opponents FURIA Esports, who will compete from Mexico.