The bundles have been removed from the game following a Ubisoft statement.

Both Team Empire and Virtus.pro's bundles have been removed from the in-game store as a consequence of Ubisoft's measures regarding the Russian invasion of Ukraine.

According to a Ubisoft announcement made on March 16, "Russian players will still be able to compete in our regional and international competitions if they choose to, but will be required to compete under a neutral banner, and have accepted to do so."

Hours before Ubisoft's announcement, Team Empire surprised everyone by encouraging players to buy the team's skins as it was "the last day to get these skins." Such an announcement was strange, especially considering that esports bundles aren't removed from the store unless the team in question leaves the scene.

What were Team Empire and Virtus.pro bundles?

Both teams had two different bundles, which are the following ones: 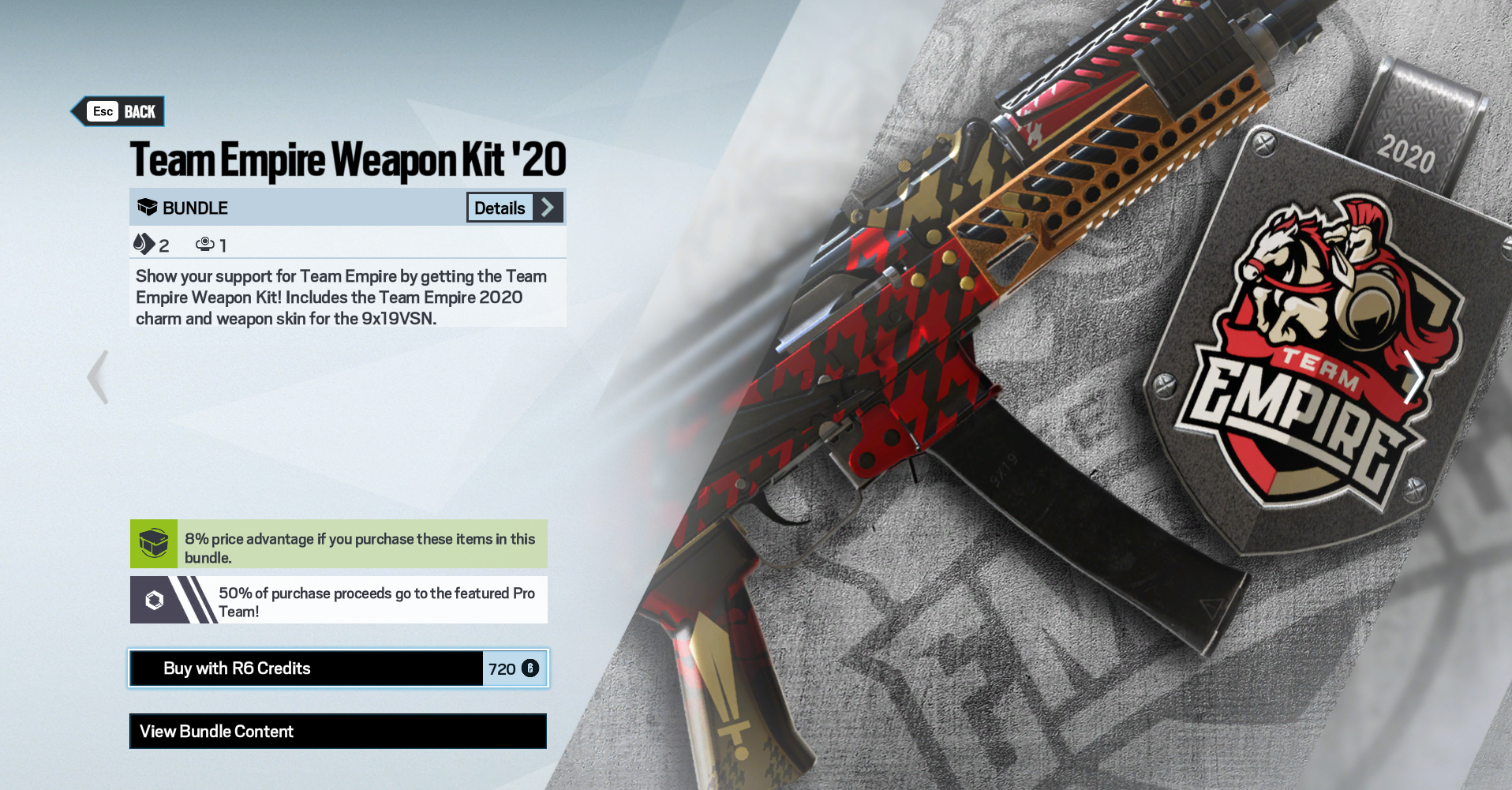 Team Empire's first R6 Share bundle was released in 2020 and included a skin for Kapkan's and Azami's 9x19VSN. The bundle also included a charm and was worth 720 R6 Credits. 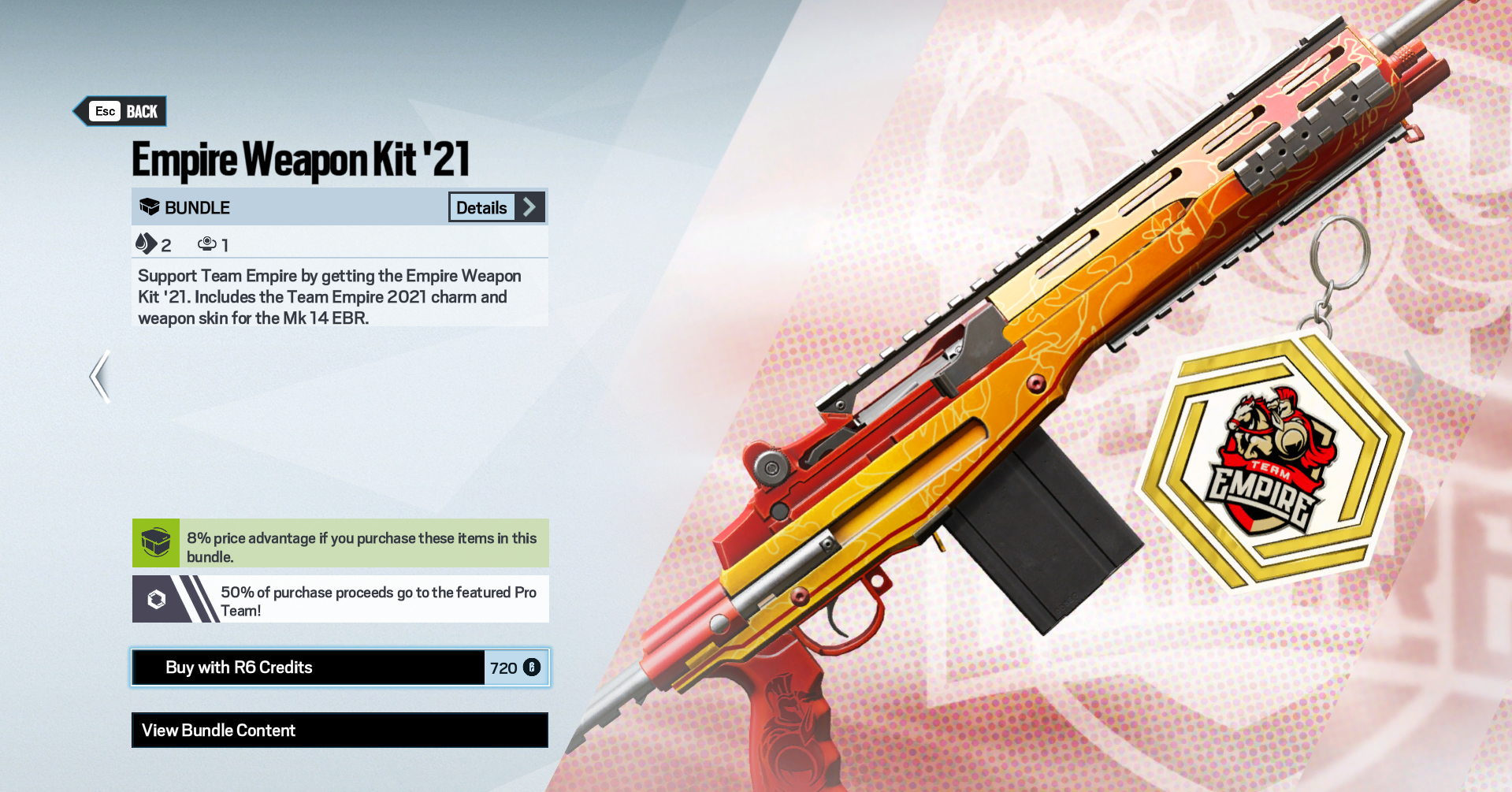 Team Empire's most recent bundle was for the Mk 14 EBR, which only Dokkaebi and Aruni can use. Just like 2020's bundle, this one also includes a charm. 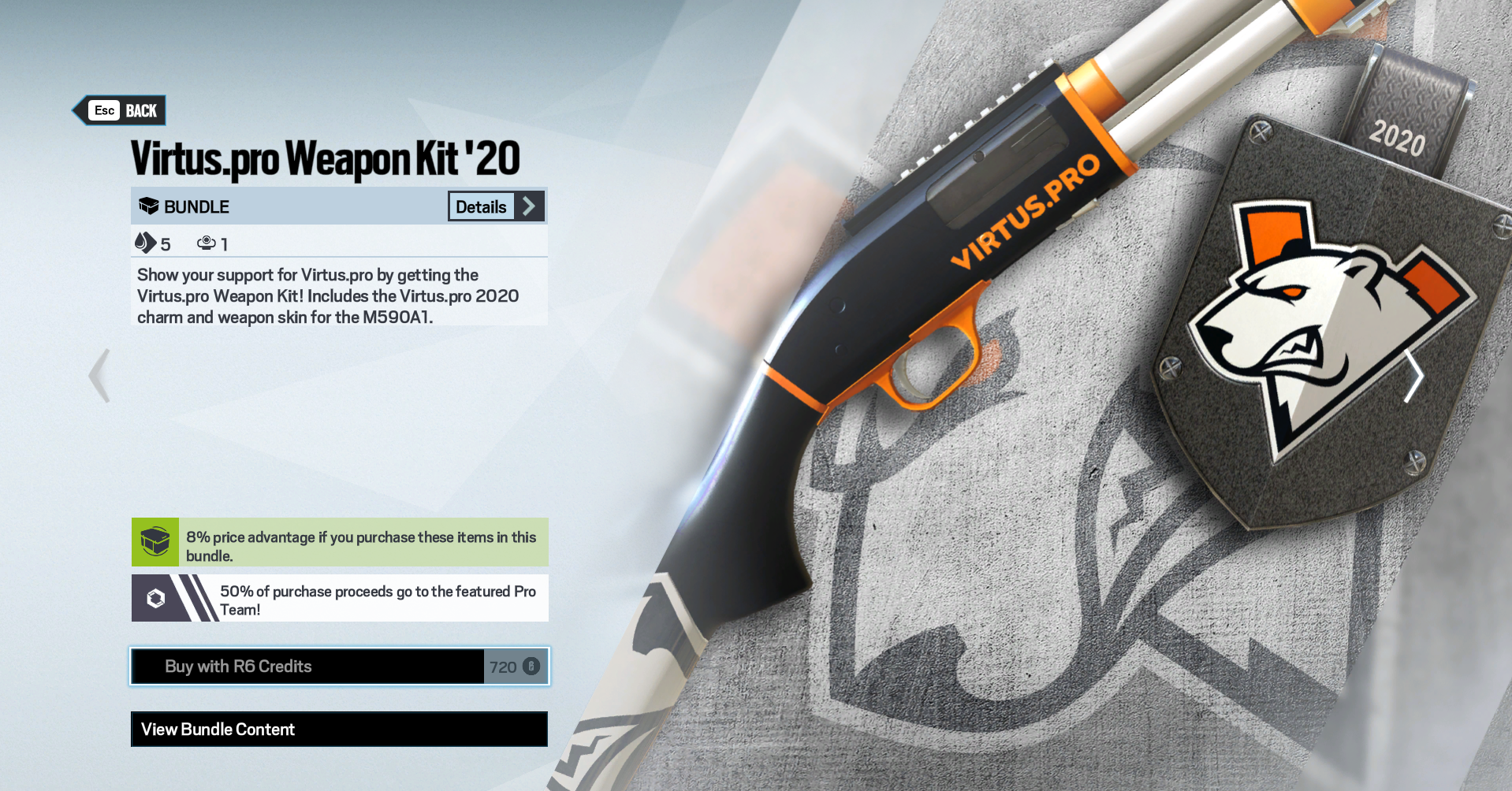 Meanwhile, Virtus.pro's first bundle was for the SAS shotgun — the M590A1, arguably one of the best in the game. Just like Empire's, it included a charm and was worth 720 R6 Credits. 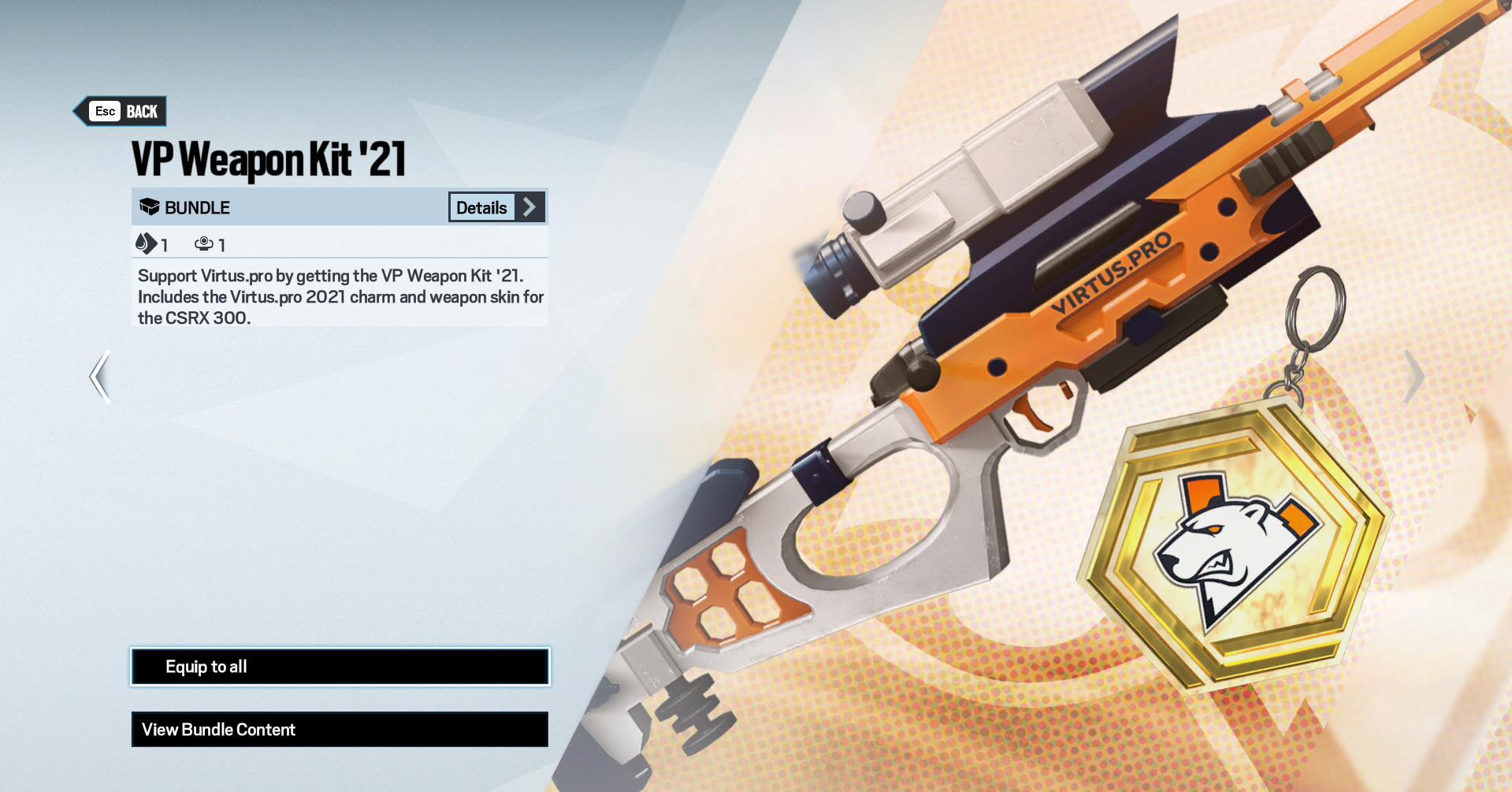 Lastly, Virtus.pro's esports 2021 was for Kali. The weapon skin can only be used for the CSRX 300, Kali's marksman rifle.

What will happen to Russian team bundles in Rainbow Six Siege?

As we previously mentioned, Ubisoft has removed all these bundles from the in-game store. This means that these can no longer be purchased until further notice.

If you owned them prior to the removal, don't worry. Players that have purchased any of these bundles should keep them, as there are no plans to completely remove them from the game.