While numbers aren’t everything, here’s some of the biggest figures that drove the opening Berlin Major playday

Here are some of the standout numbers behind today’s performances.

Out of the 11 players who made their global debut at this event, there have been some mixed performances. They have included some of the day’s best players, as well as been in some of the bottom-placed teams:

Despite Gabriel "LaXInG" Mirelez being on his way out of Oxygen Esports at the end of this Major, LaXInG achieved a SiegeGG Rating of 1.21 during day one, just below Ethan "Nuers" James on 1.22. Meanwhile, Franklyn "VertcL" Cordero struggled with seven kills to 20 deaths and a 0.44 rating.

This is equivalent to 19 of the 24 teams. Three of the five that bucked the trend also involved two teams tied on points, showing that it was still a very tight affair. The final two saw Wolves be overtaken by BDS in Charlotte and Empire overtake Invictus Gaming in Mexico.

At the Sweden Major, all eight teams who ended day one on top progressed to the playoffs.

Currently, these would be all four LATAM teams -- NiP, FaZe, w7m, and FURIA -- Rogue, G2, and Wolves from EU, and Elevate from APAC.

Close to a record for NA

North America’s worst ever event was at the Sweden Major, where only one team made it out of the playoffs, an even worse rate than Europe at the Charlotte Major.

In both Sweden and in Berlin, the region won only one out of eight games. NA then improved on this to win three in day two, which should be a minimum target for the region tomorrow. 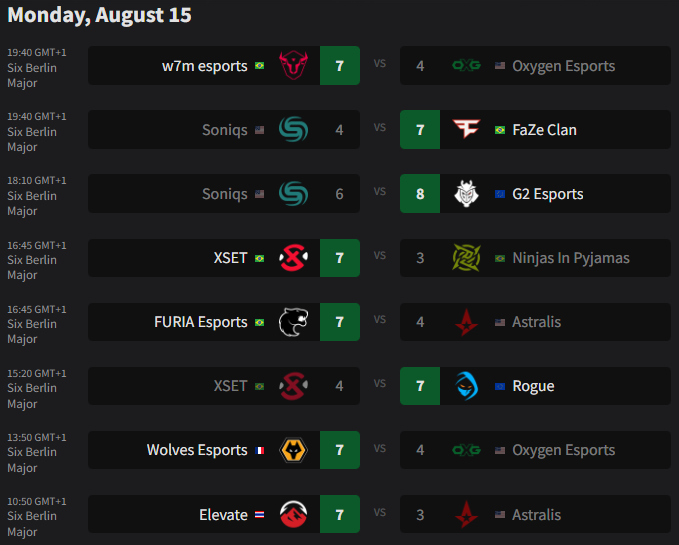 A clear favourite in Oregon

With it being one of the most successful maps from all four regions, Oregon has unsurprisingly become the most played map of the tournament so far, with four plays in 16 games. Skyscraper and Villa have yet to be played at all.

With the very notable exception of Chalet, which saw a 10% defensive win rate between G2 and SANDBOX, the tournament so far has been very defender heavy with the two most played maps sitting at a 62% and 68% skew. This is likely due to which teams started on which sides during blowout games and should even out as time passes.

G2 Esports’ win over SANDBOX was only the second non-EU team the organization has beaten in the last 15 months after the team bested only Heroic in Charlotte.

This win was also the third time Shas has beaten the SANDBOX roster in their opening game across their seven tournaments so far.

The only player to play against a previous organization in the group stage was Aaron "Shuttle" Dugger as almost exactly five years ago, on August 25, 2017, he made his global debut on Elevate in Germany.

During both games, he played as a soft breach operator however, he’s dropped from a 1.03 rating to a 0.44 rating in the intervening five years. 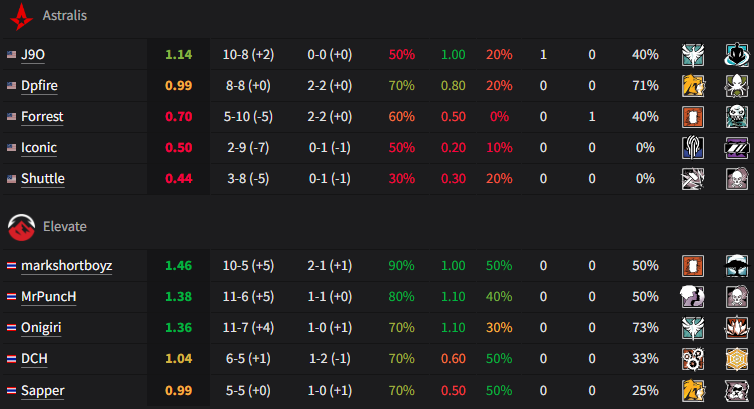