Live updates on the Six Major

These are the results so far today:

Spacestation will end day one with zero points as they followed up a 5-7 loss against BDS with a 3-7 against w7m. This puts w7m on six points after a perfect day one of their own.

After taking down SSG earlier in the day, BDS became the first team to hit six points as they defeated APAC South's FURY.

Two of FURY's four-round wins came due to a quadruple and triple kill from Darkk in the opening two rounds. Darkk then only secured a single kill in the subsequent nine rounds as he suffered eight deaths.

FURY's Darkk has led FURY to an early unexpected lead versus BDS as he netted seven total kills. BDS combined have three kills.

He was then targetted by BDS and suffered the opening deaths for rounds three and four.

TSM joins Team Liquid on six points in Group B as they beat SANDBOX in regulation time. This is SBXG's second loss of the day, though, with an improved scoreline compared to their 1-7 defeat to Liquid.

Both SANDBOX and Heroic will need to win both games tomorrow to keep their Major hopes alive.

FURY has played on Kafe just once this year in professional games, beating Elevate 7-5 in a key game in qualifying for this Major. BDS, meanwhile has two wins in four attempts.

Snake almost pulled off TSM's most impressive play of the day but accidentally burnt to death first:

Team Liquid becomes the first team to win six points at the Six Major as they hand Heroic and Europe their second tournament defeat.

UUNO had the best kill record in the game but every member of Liquid showed up with a positive record of their own. 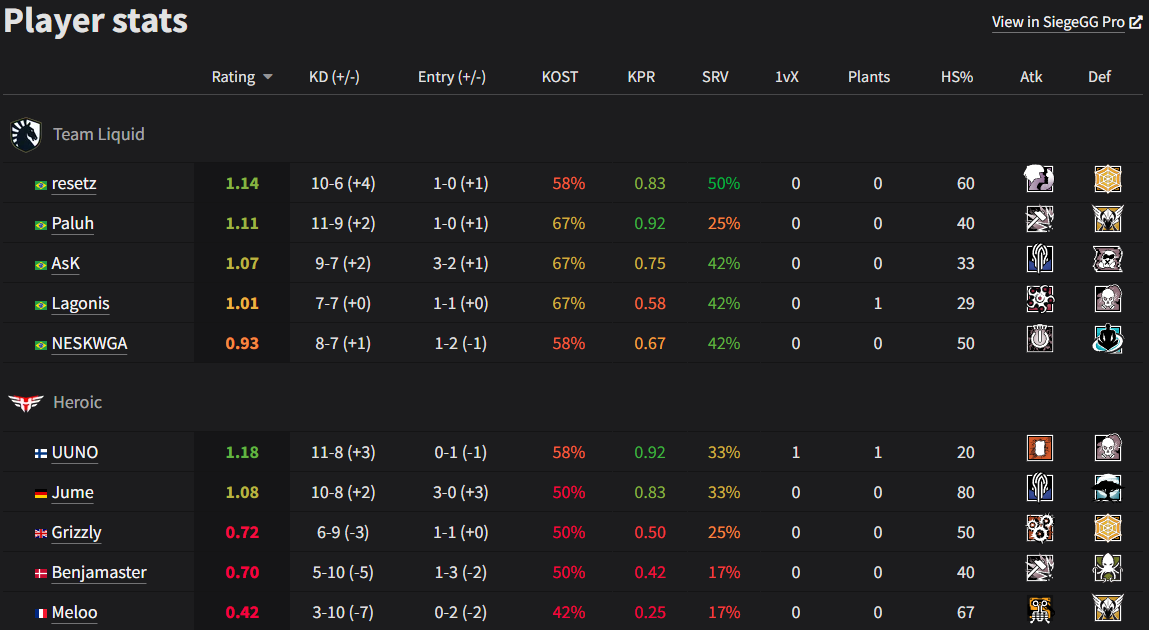 Theme Park will be the setting of Liquid vs Heroic with this being a strong map for both rosters. Heroic is so far the only European team to have lost a game while Liquid is the lone Brazilian team to have not yet dropped a point.

Taiwan's Dire Wolves have beaten the American Mirage roster in what is APAC's first win of the tournament.

The result saw Souffle end with a 13-7 record, while no player on Mirage earnt more kills than deaths.

With this result, Mirage drops to last place in Group D, while Dire Wolves are in third. 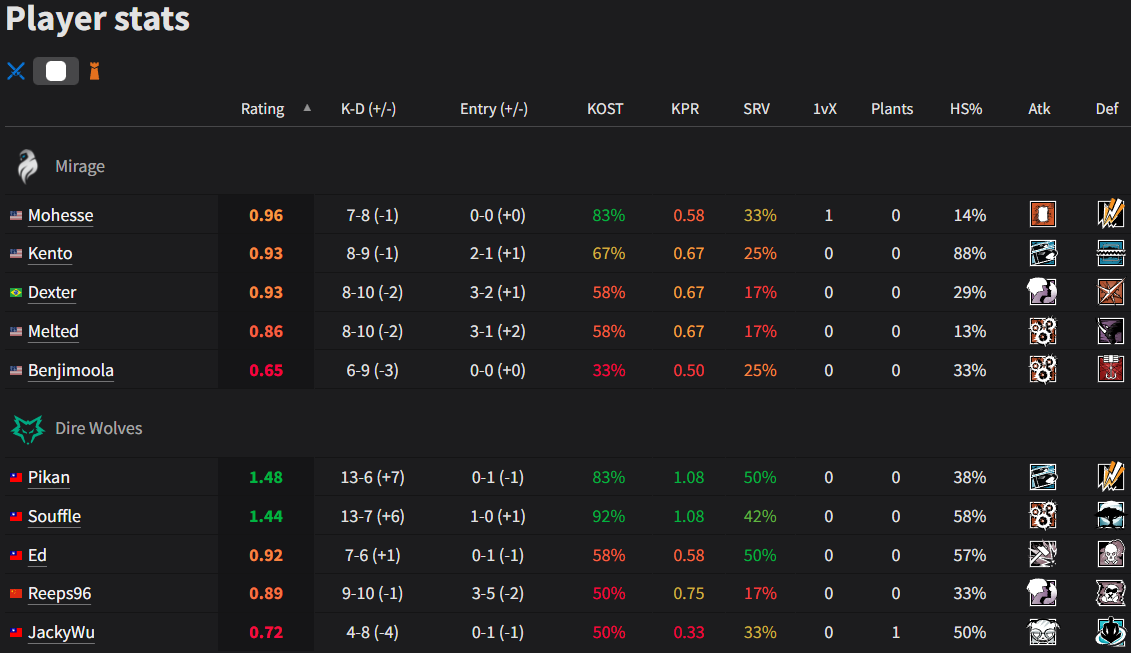 Wolves Esports have added to their 8-7 win over Mirage earlier today with a regulation-time victory over FaZe Clan. Both BiBooAF, Mowwwgli, and Bullet1 all ended with 13-8 records.

This means that Wolves ends day one at the head of their group. 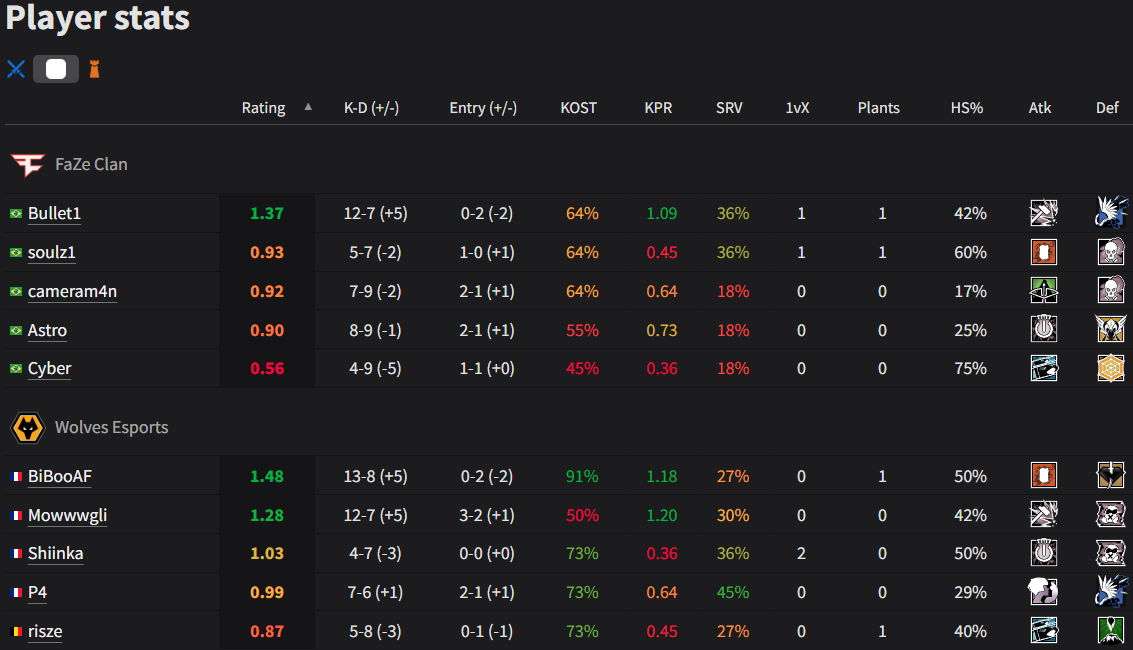 After an extended delay in both games, Dire Wolves vs Mirage has restarted.

FaZe Clan vs Wolves returned for a single round before being paused once again. Bullet1 won this round with a 1v1 clutch.

Despite Dire Wolves winning Theme Park just once in their last four attempts, they took an early lead against Mirage on the map.

Both teams have weak records on Club with Wolves having just won the map 8-7 against Mirage.

After ending their offensive half, 5-1, CYCLOPS completely fell apart on their defences leading the game into overtime. From here a 1v1 by Yuzus against SuzuC ended the game in MNM's favour.

If CYCLOPS had won this game early, then they would've ended day one in first place, instead, they end in last place, and MNM takes first ahead of Soniqs. 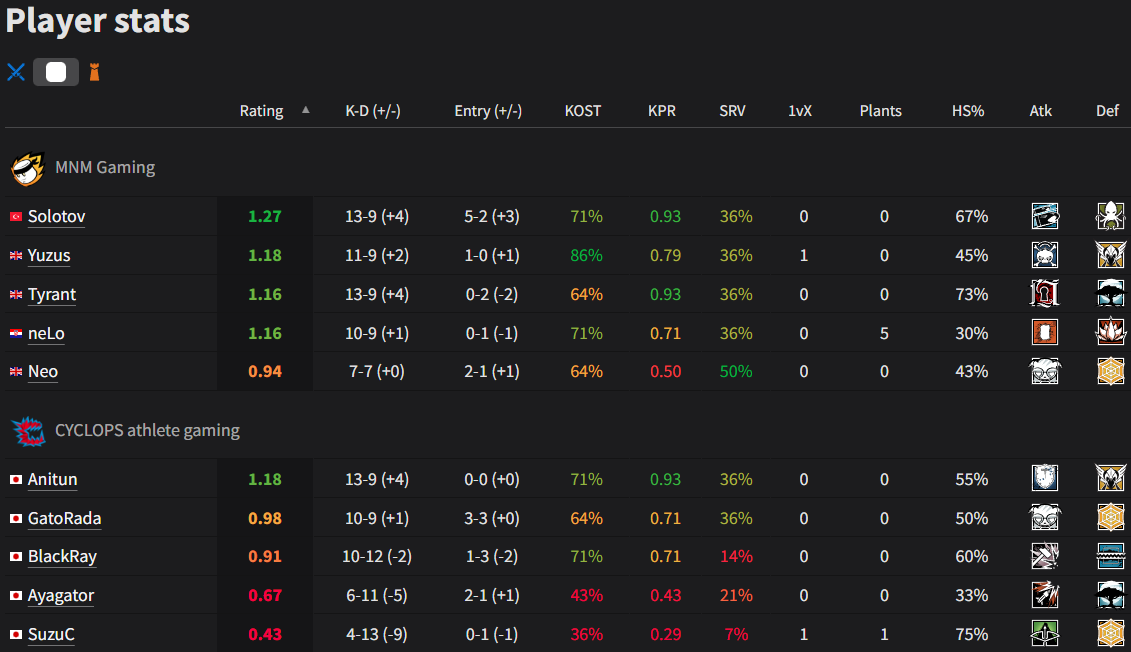 Black Dragons have added to their six-game losing streak on Chalet as they fell 5-7 to Soniqs. This is a much-needed win for Soniqs, as they lost earlier today against MNM Gaming on the same map. 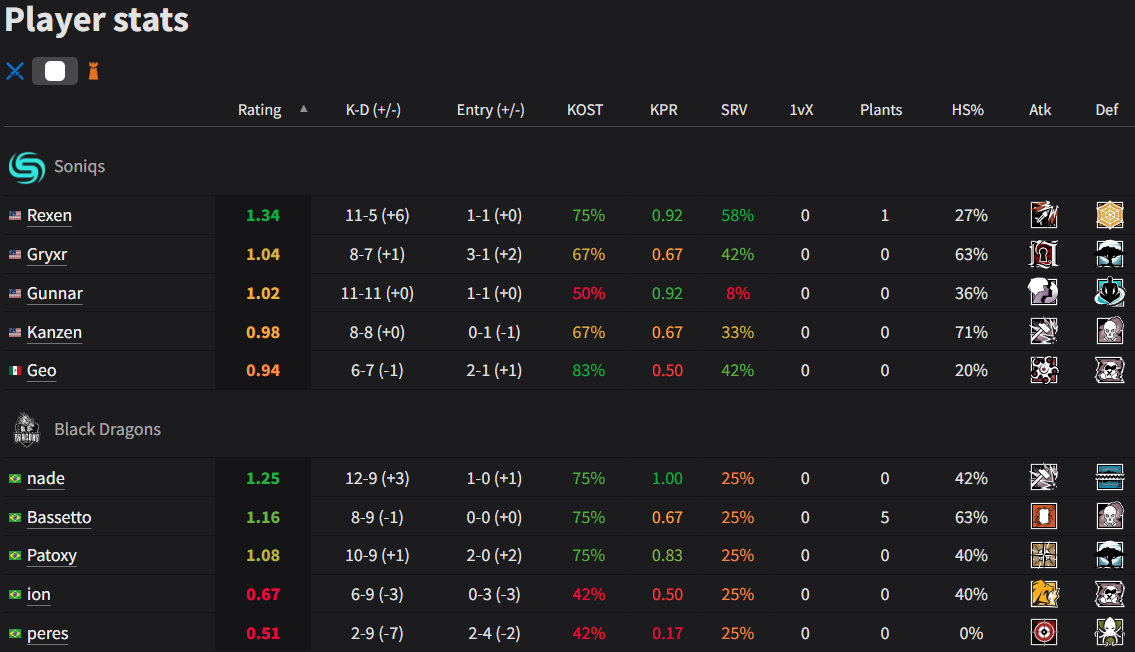 Gunnar earns the first Ace of the Six Major

CYCLOPS vs MNM goes to Chalet

Despite MNM having a perfect record this year on Chalet and having just beaten Soniqs on the map they will go there again against CYCLOPS.

After losing to MNM Gaming on Chalet, 6-8, Soniqs have returned to the map to play Black Dragons.

Black Dragons have only won here once in seven attempts, losing to FaZe, NiP, w7m twice, and  SuperNova Team twice, but beating INTZ way back in March.

Despite a strong start from the Thai representatives, Brazil has continued their winning record as w7m won all three points. 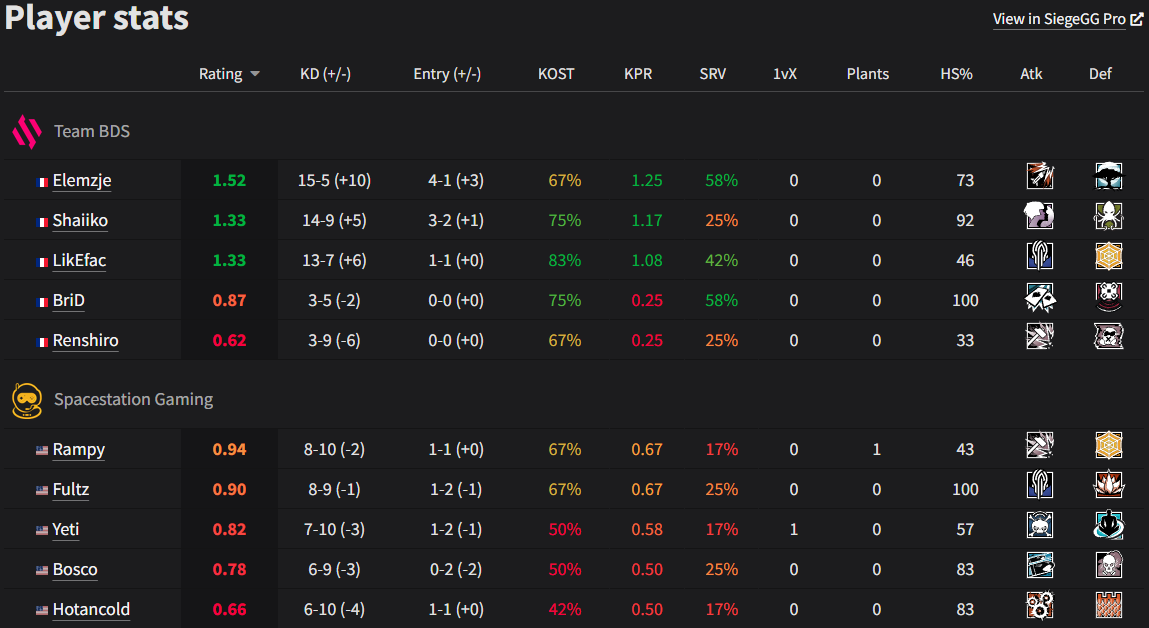 After going down 2-4 on their offensive half, BDS then won five out of the next six rounds on the defence to beat Spacestation Gaming.

Shaiiko had an 11-5 record on their defences despite the team struggling. Shaiiko then managed just three kill in the second half as both Elemzje and LikEfac stepped up to make the difference.

This means after the first round of games only one of four NA teams -- TSM -- has managed to win their game.

At the end of BDS' offensive half on Kafe, the French roster is down 2-4 despite Shaiiko earning 11 kills, almost two per round. BriD and Renshiro had one kill each.

On SSG Yeti stood out with a 7-4 record.

Spacestation Gaming does have a better history on Kafe than BDS in 2022, though both teams have new players.

The game ended with Beaulo securing 11 kills with seven deaths while UUNO had 11 kills to eight deaths himself. 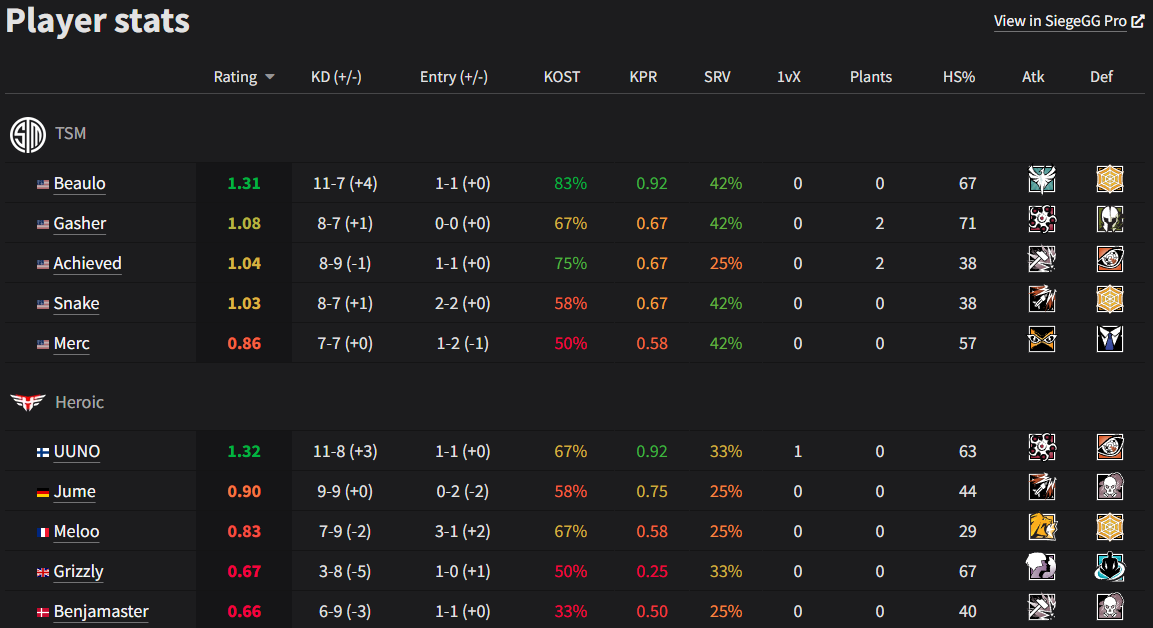 While 2-0 down, TSM's Beaulo secured a quadruple kill. This includes kills against Grizzly and Meloo with his 9mm C1 primary submachine gun and kills against UUNO and Benjamaster who had stood in his Welcome Mats, a very rare situation.

Team Liquid defeated Korea's representatives in the Six Major in a dominant performance.

The result saw resetz end with a 7-4 kill record, while AsK went 9-3, and Paluh went 10-4. In comparison, SANDBOX's best player was EnvyTaylor, with five kills to five deaths. This result is very similar to Dire Wolves' own 1-7 defeat to another Brazilian leader, FaZe Clan.

While Team Liquid has suffered more deaths than FaZe Clan did, the Liquid vs SBXG game is going the same way the prior FaZe Clan vs Dire Wolves match ended as Liquid looks firmly in control.

TSM vs Heroic goes to Kafe

Heroic vs TSM will be played on Kafe, a map in which Heroic has a perfect professional record on in 2022. TSM meanwhile has beaten Parabellum but lost top Astralis on this map.

Liquid vs SANDBOX goes to Oregon

Team Liquid and SANDBOX Gaming will be played on Oregon, a map where SANDBOX has won two out of two times this year, while Liquid has won six out of eight.

The game saw Mirage hit map point at 6-4 before they lost two in a row leading to overtime. Both teams won their first defences leading to the Major's first 15-round game, where Wolves won on the attack to eke out a win. 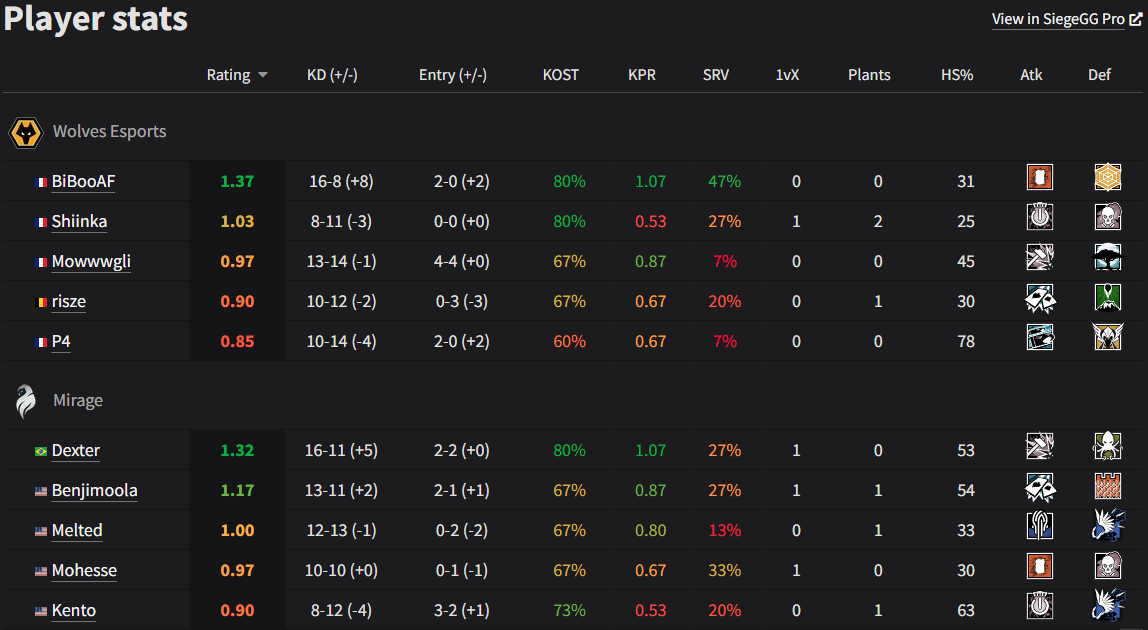 In a dominant performance, FaZe Clan has taken down APAC South's top-seeded roster.

Cyber earned 14 kills to three deaths while Soulz and Astro also earnt more kills than anyone on DW. 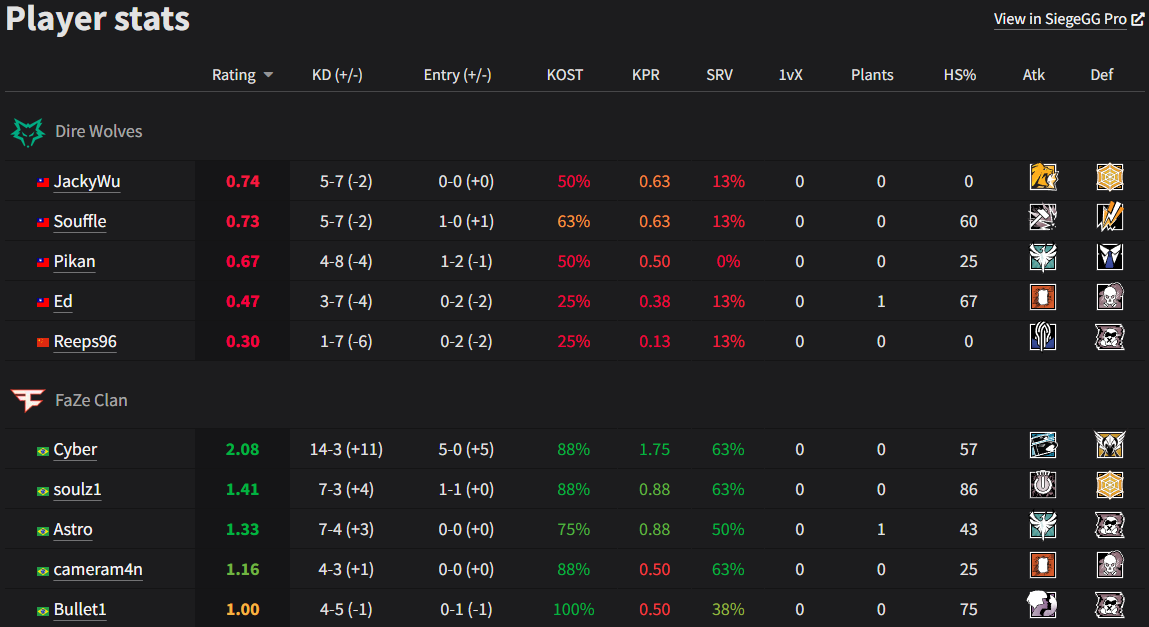 FaZe Clan ended the half 5-1 before adding to it with a very dominant first attack win. This puts FaZe on map point as Cyber has a 12-3 record.

Mirage's Benjimoola has stopped Wolves from tying up the scoreline with a 1v1 win over Shiinka.

Both teams have a negative record on Club House as Wolves Esports have won it once in the last five attempts while Mirage played there twice, and lost it twice.

Group D's first game, FaZe vs Dire Wolves, will be played on Skyscraper.

This is one of both team's vbesrt maps, with FaZe winning nine of 11 meetings there.

The Black Dragons organization have won their first global match in 57 months as they took down APAC's top seeded roster, CYCLOPS.

CAG has now won just one global map in their last 11 attempts as Peres netted 21 kills on Bank. 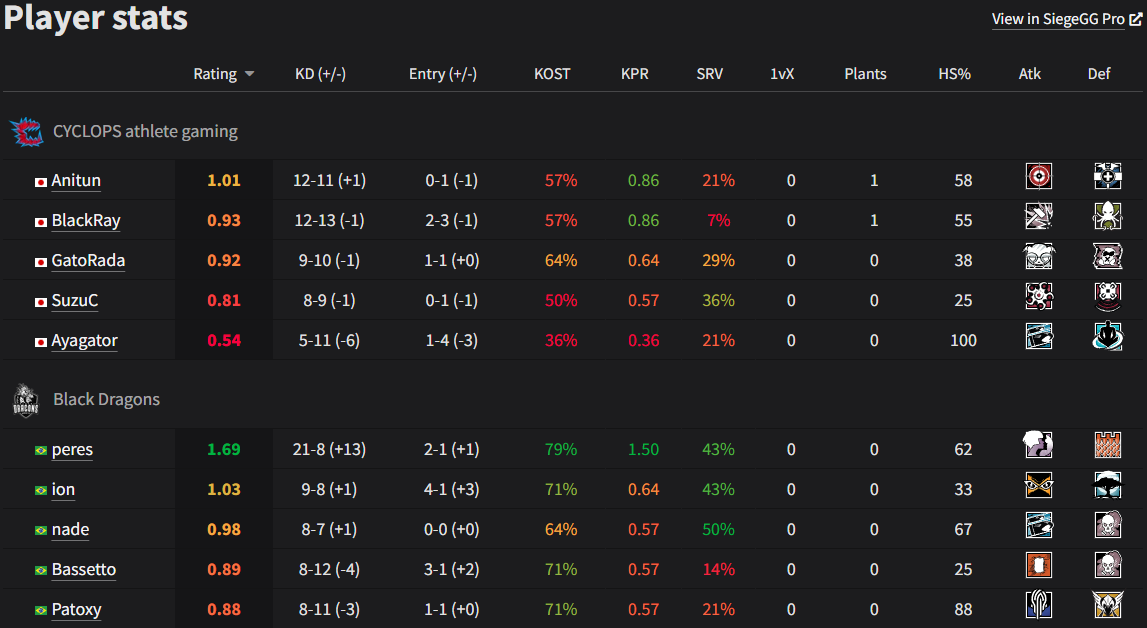 The first game of the day has ended in the first upset as the British-majority MNM Gaming took down North America's second seed, Soniqs. 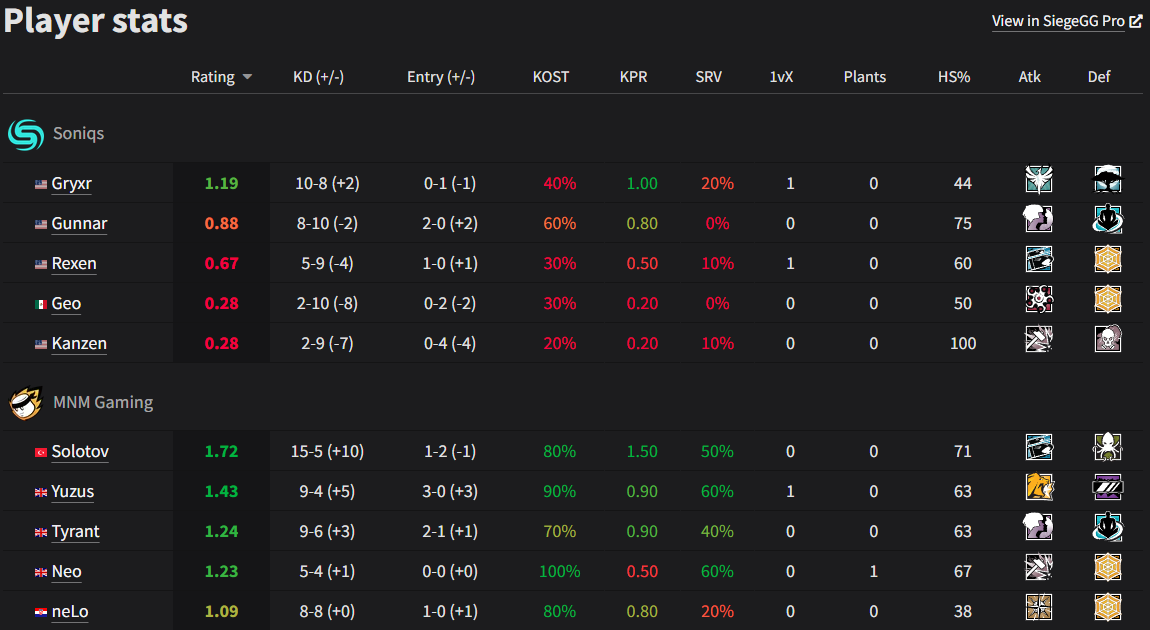 MNM reaches the 6-2 scoreline with both of Soniqs' wins coming thanks to clutches. A 1v2 from Rexen was the second win.

First use of Sens comes from BD vs CAG

Black Dragons bring Sens for the first time in the Major. Bassetto gets the opening kill but is unable to use his gadget before he dies.

Gryxr wins 1v3 to get Soniqs on the board

Soniqs gets on the board thanks to a 1v3 clutch from Gryxr, however, MNM responds to end the half 5-1 as they keep their perfect opening record intact.

After four rounds, Kanzen, Gryxr, Rexen, and Geo had a combined five kills, while Solotov had 10 kills to his own name alone. This led to a 4-0 lead on the defence.

Notably, once the sides switch, MNM has the group's worst attack win rates, while Soniqs has the worst defences.

MNM vs Soniqs plays on Chalet

MNM and Soniqs as well as CYCLOPS, all have positive records on Chalet as MNM has won four out of four meetings on the map.

CYCLOPS vs BD goes to Bank

CAG and BD have both opted to go to Bank. This is MNM's most banned and BD's second most banned map.

CAG banned out Ying and Azami while BD removed Montagne and Kaid. The Montagne ban was clearly a counter ban against CYCLOPS.