Rainbow Six Siege Shooting Range is not enough, but it's the perfect start

With the release of Operation Vector Glaire, Ubisoft will add a shooting range to Rainbow Six Siege. Alongside the creation of a special Team Deathmatch, this puts to an end the community's complaints about not having special game modes to train and develop skills — and they were right, Terrorist Hunt was just not enough.

Rainbow Six Siege's shooting range feels like a great beginning to something that can end up as a changer in how players practice their Siege skills. However, we are not there yet.

Read more: When is Operation Vector Glare being released?

Don't expect a lot from the R6 Siege Shooting Range 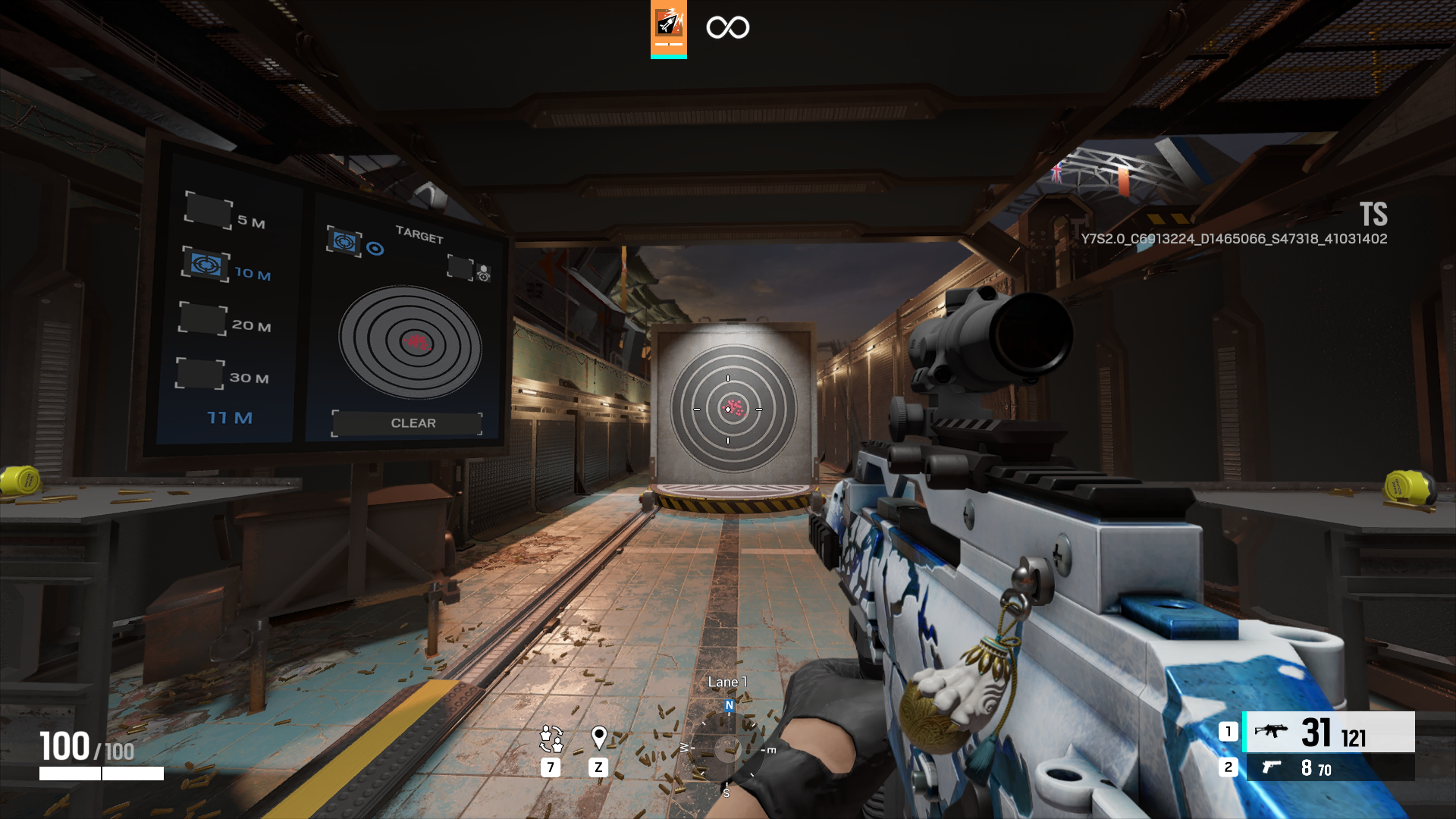 Rainbow Six Siege's shooting range is quite limited. It has two lanes called Lane 1 and Lane 2. On Lane 1, players can shoot at a big target to see where the bullets land. It helps players to see how the recoil works depending on the settings used and the attachments selected in the gun.

The screen to the left lets you choose where you want the target to be displayed, and the type of target to be used. It also lets you know the distance from where you are shooting. 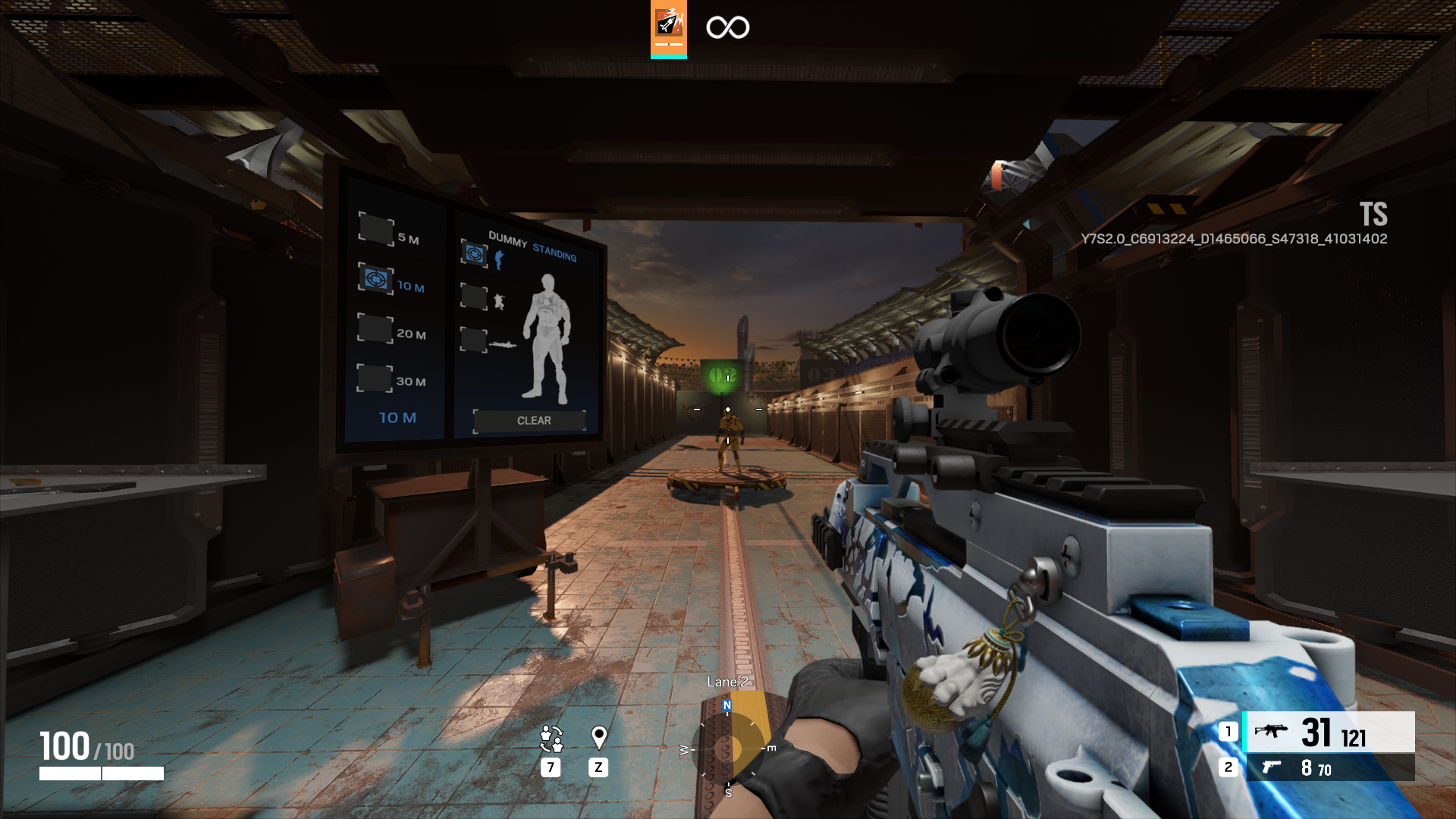 Meanwhile, Lane 2 lets you shoot at a robot in the shape of a human enemy. Again, you can choose the distance you want to be from it, and you can choose how you want the person to be placed — standing up, crouching, or laying down on the floor.

It is just that, a shooting range. Nothing more, nothing less. We understand some players might be a bit deceived, but there's no denying this feels like a breath of fresh air, and it gives players many options to practice recoil.

It is also very easy to change the operator, as you just have to press the key "7" and choose the character you feel like playing. You can also get more ammunition by using the ammunition box in each lane.

R6 Siege Shooting Range is limited, but a good start

Although the practice field might feel a bit limited, it is what it is.

Yeah, of course, I understand players expected more from an idea that's been around the community for years now. Yeah, I get that this might not be enough for a part of the community. Of course, I am a bit deceived that we don't have targets that move around the map to practice gunfights in different dimensions. Having a target that stands still on a surface is a bit disappointing, especially in a game like Siege.

Please, be patient. We gamers don't know how to be patient sometimes, but that's what we should try to be right now. The effort is here. The game mode can be tried out now and will hit the live server pretty soon. It is a great start. We would love to have a practice field where we could train how to launch fragmentation grenades and learn the timing. Or even having a practice field full of reinforced walls just to practice the Maverick Trick to make them soft again. Don't ask for an impossible now. React to it, and share your thoughts. You can make a difference too.

Today's practice field could be the start of a game mode where players can practice a big number of skills, not only in terms of aim but also in terms of gameplay. Practice fields to master operators. Certain rooms. Gadgets. I really hope this dream of mine gets real sometime in the future.