Goyo's Volcan Canisters are a nightmare for attackers.

Straight from Mexico, Goyo joined Rainbow Six Siege just a couple of years ago. Learn more about this operator, who is usually very underrated.

Goyo's full name is César Ruíz Hernández. His childhood was shaken when he lost his father and sister after a bomb destroyed César's home. His mom was helped by Rocío "Amaru" Quispe, teaching César a series of skills that would help him a lot in the future.

Encouraged by Amaru, he joined the Heroic Naval Military School, where he graduated as teniente de corbeta. According to Ubisoft's description, he then joined "the Naval Infantry, then the Amphibious Commando Battalion, participating extensively in anti-smuggling operations and several high-profile arrests."

Goyo later joined the Fuerzas Especiales, where he realised that drugs weren't the cartels main source of income anymore. He started fighting against trafficking for UNESCO and INTERPOL. Later on, he joined Team Rainbow. Goyo's loadout is perfect for an anchor. He can choose between going with a very strong weapon in short-distance gun fights, the Vector .45 ACP, or the TCSG12, a long-distance shotgun that has access to an x2.0 sight.

Going for the TCSG12 is always a smart option. It can open rotations or angles for you and your teammates. Meanwhile, if you want to go a bit more aggressive, you might want to equip the Vector.

Regarding Goyo's gadget options, both are pretty good — the alarm will be triggered anytime an attacker gets close to it, while the C4 can give you an instant kill. Although the alarm is a good choice, players usually go with the C4.

Goyo is mainly considered to be an anchor due to his weapons and his C4. If you want to play Goyo, you will probably stay on the site and wait until the attackers push. You can help your teammates by checking cameras from time to time and giving them important callouts.

Your time to shine will come at the end of the round, just be patient!

How to use Goyo's gadget in Rainbow Six Siege

Although Goyo might not be the most popular pick in the game, he is always a challenge for the attackers.

To give you some context, Goyo's device was reworked. Goyo's Volcano was first attached to deployable shields instead of being just simple canisters. The reason behind this change was deployable shields were too powerful as attackers had to spend much utility to clear just one.

After the change was deployed, Goyo's deployable shields were removed, but at the same time, the number of canisters was increased from two to four.

Having access to four canisters is mad. Goyo's gadget is highly underrated, with these being the pros of it: 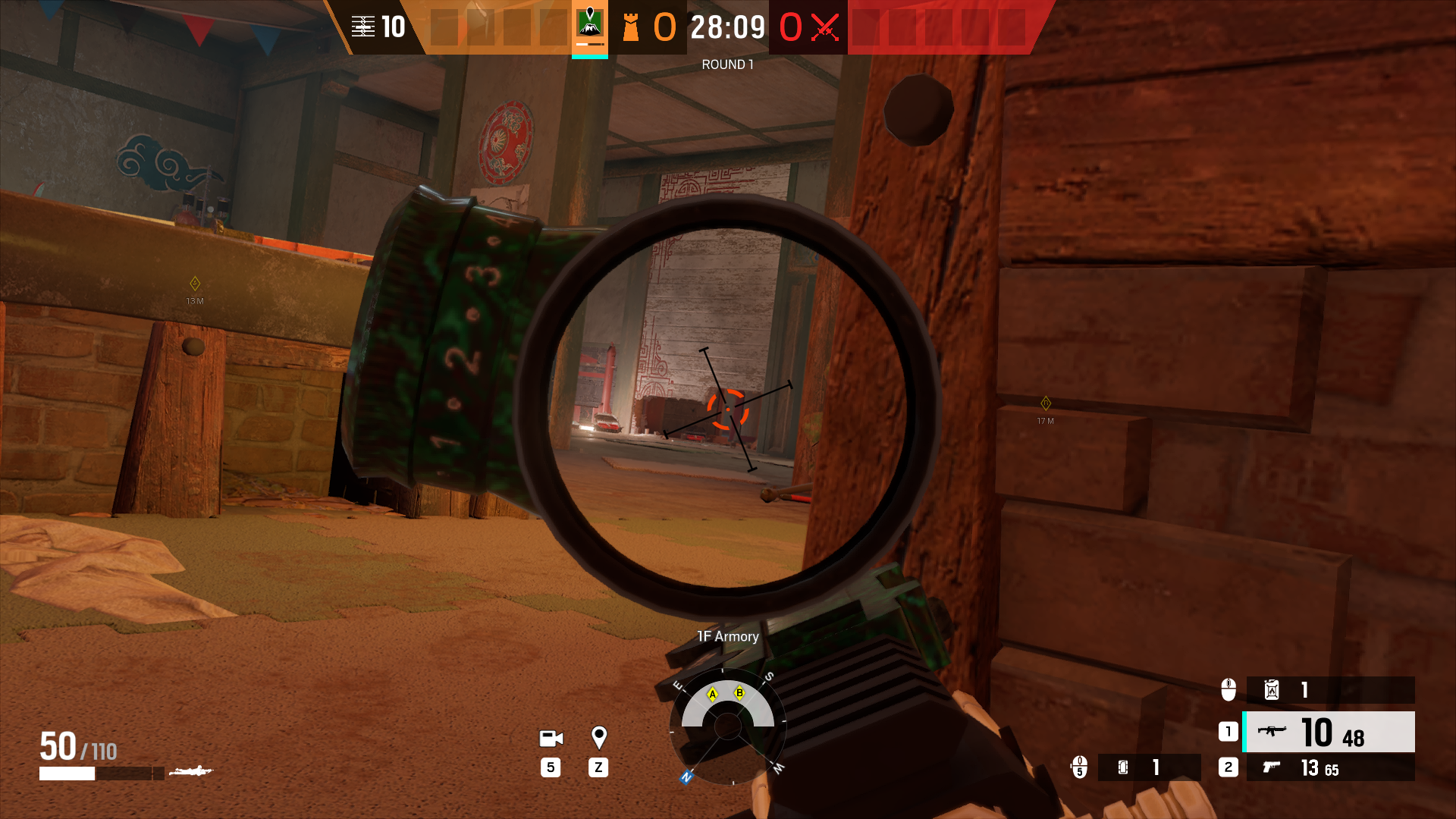 Creating new angles is Goyo's favorite job! It is up to you to trigger the Volcano just at the right time to blow the attackers' chances of a safe and easy plant.

These are some of Goyo's best skins in Rainbow Six Siege. This one is already a classic. Elevate's first anime skin was a huge success, and it's very popular in the game. You can purchase it for just 300 R6 Credits. 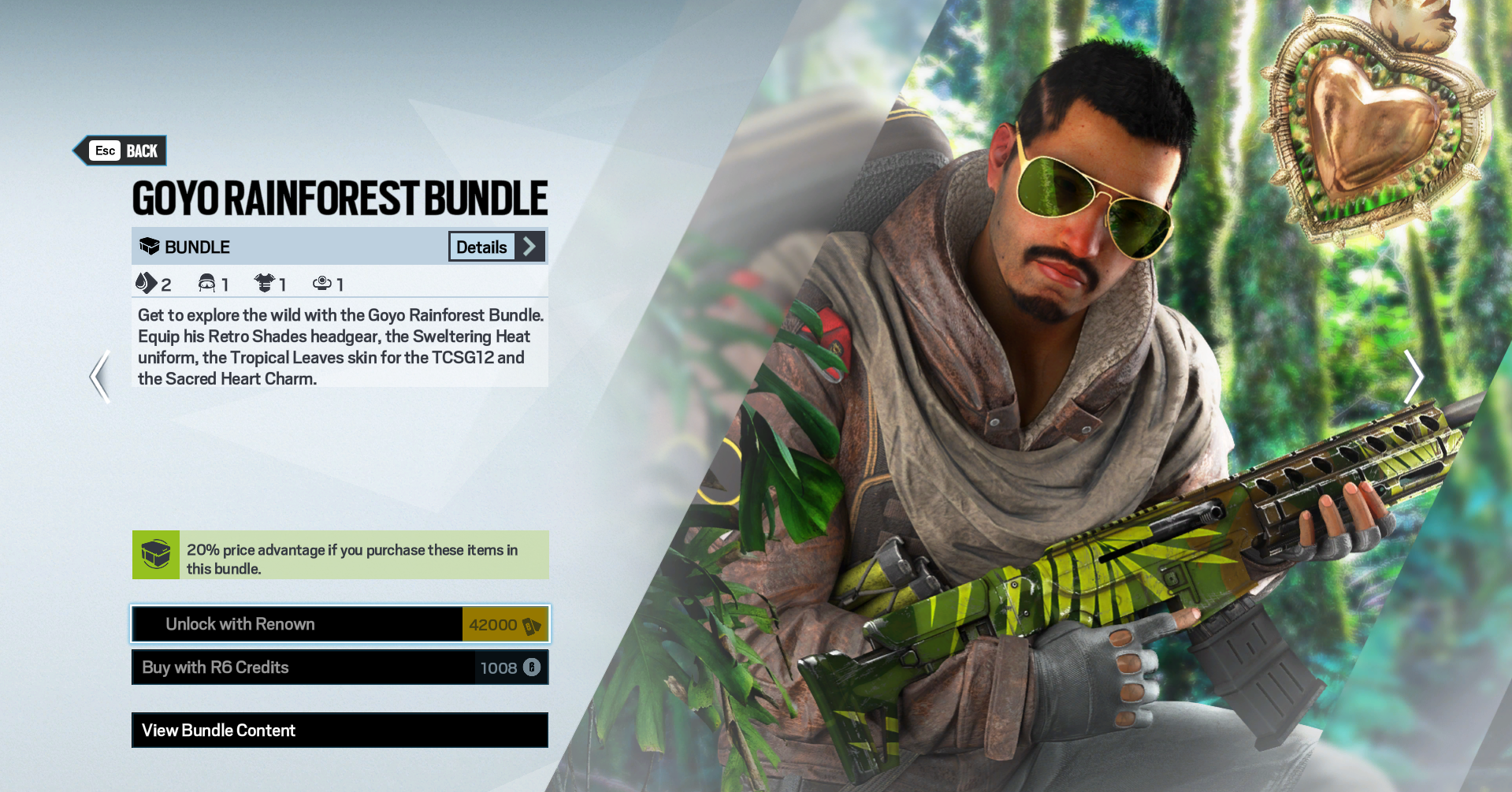 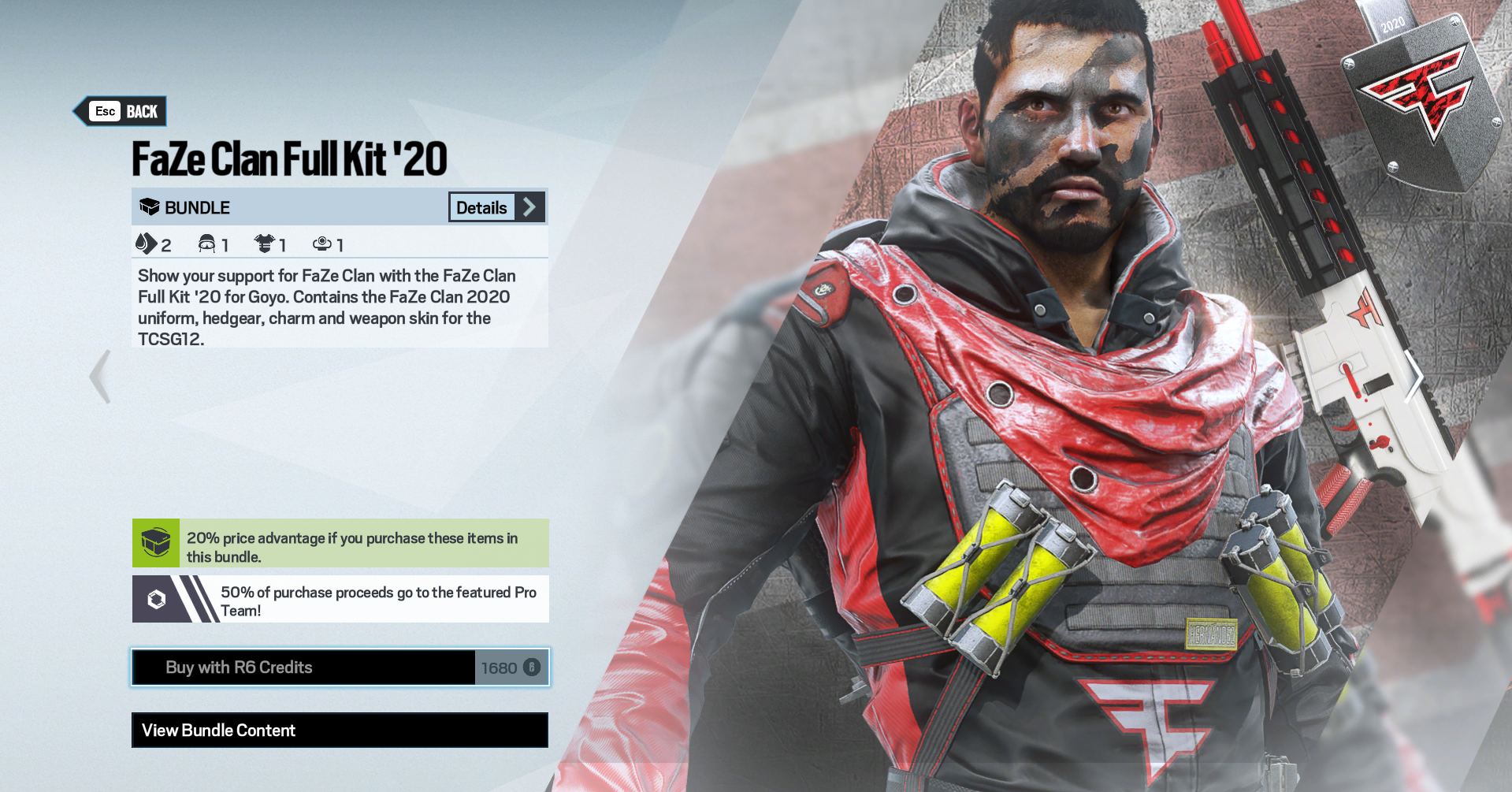 Back to the esports skins, you can purchase the FaZe Clan 2020 bundle for Goyo. It is a cool bundle themed around the American brand. You can get it for 1,680 R6 Credits. Last but not least is the Soniqs skin for the TCSG12. For just 300 R6 Credits you can get one of the best skins for the TCSG12, a very underrated gun.