Rainbow Six Siege has released a new set of R6 Share weapons, including every team in the program's second tier. Only a bunch of teams including Wolves Esports, MNM Gaming, or 00 Nation haven't been included in this list, which makes us think of the possibility of them having been added to the third tier.

Which organizations belong to the R6 Share second tier?

Let's have a look at the weapon skins launched to the game today. Keep in mind that each bundle also includes an operator card background. 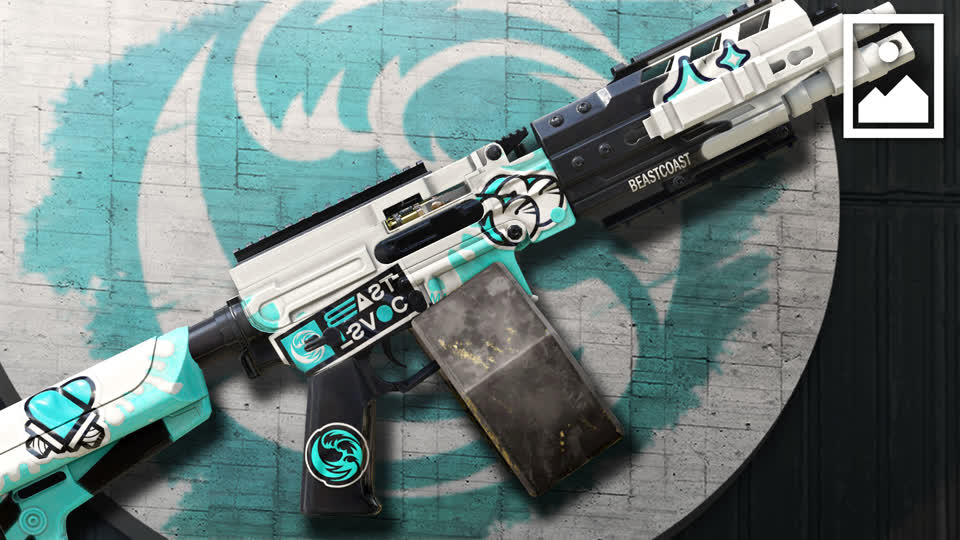 The North American League roster has chosen Zofia's LMG, a very popular gun in the current meta. It's a simple design, but it does the job. This is Zofia's LMG first appearance in the R6 Share program. 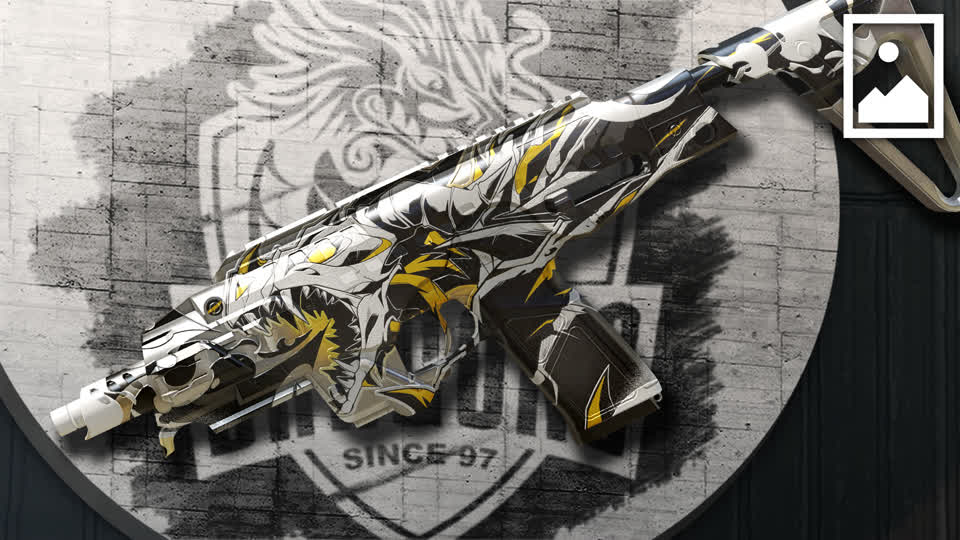 It's official now, the P10 features once again in the R6 Share program. It's now Black Dragons' turn, who will share operator with other bundles including CYCLOPS athlete gaming, G2 Esports, or Team BDS skins. 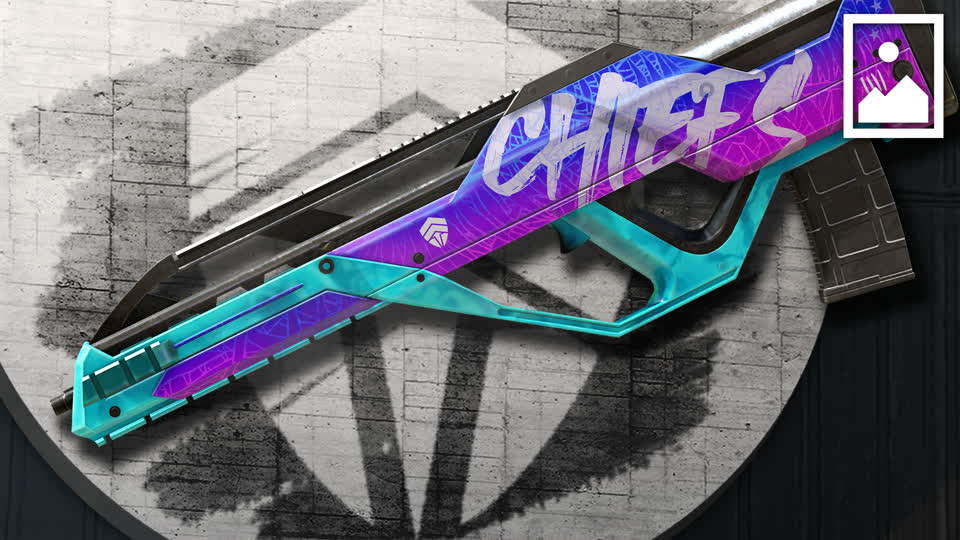 The Australian side has gone for the SPEAR.308, a gun that doesn't have many skins in the store. If you want to upgrade your drip while using this gun, you better have a look at the Chiefs' skin. 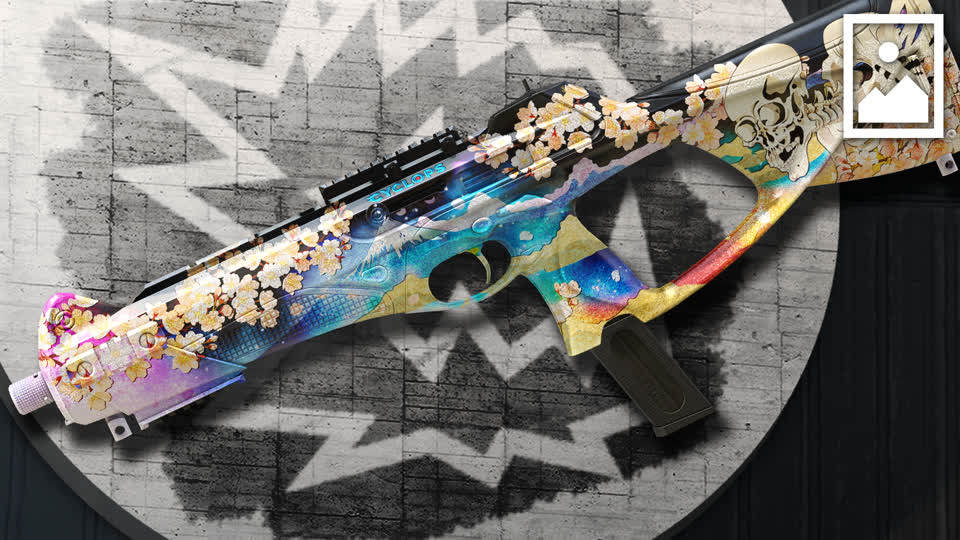 CAG has done it again. The Japanese side has presented another beautiful design, this time for Alibi. You can see a design of what looks like Mount Fuji, an iconic part of Japan's culture. 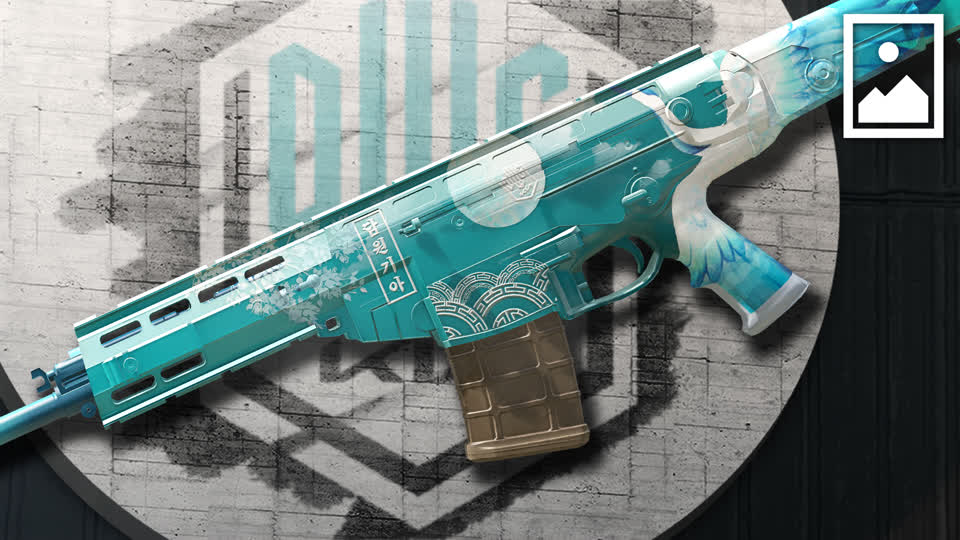 The Sweden Major semifinalists finally have a second gun in the game, after choosing Hibana last year. The South Korean have chosen one of the most popular weapons in the game, Nomad's and Iana's ARX200. Elevate knows what the community wants. After giving Goyo and Mira a weapon skin with an anime girl on it, now it's the turn for Fuze and Ace. FAV Gaming has decided to go for the T-5 SMG, a gun that usually players equip with DarkZero's gun skin. 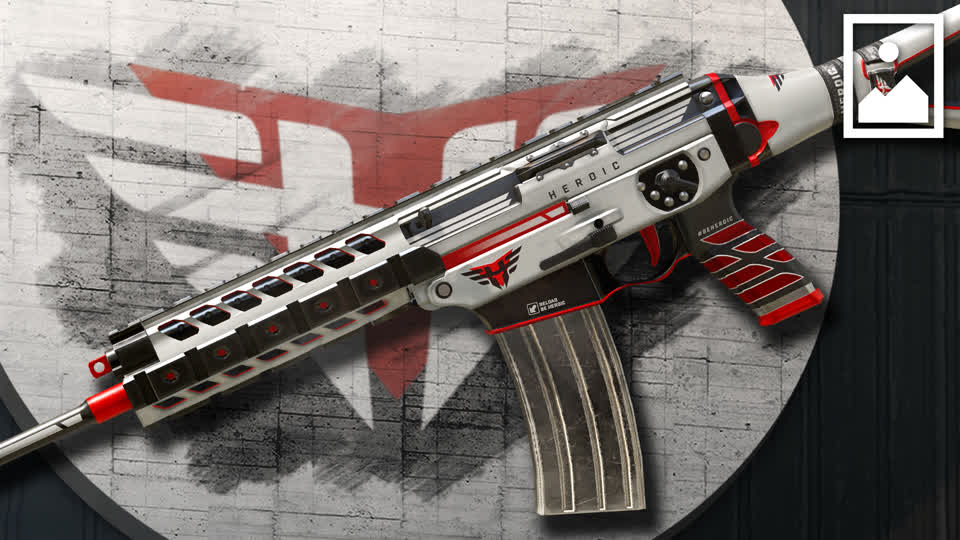 Heroic has gone for an iconic gun of the game. Thermite's 556XI has another R6 Share skin, his first since the one included in Ninjas in Pyjamas's 2020 bundle. INTZ has gone for a safe bet -- blue and purple colors, a dynamic design, and a skin that can be equipped on a very popular gun, the G36C. 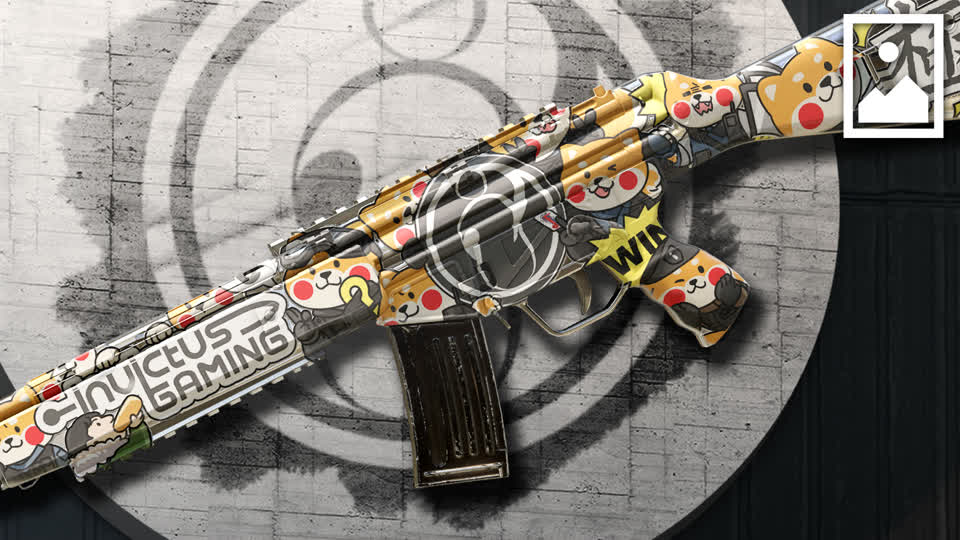 Invictus Gaming's skin is cute. Is that what you want in a deadly gun? Well, maybe. It definitely will give an original touch to your weapon loadout. 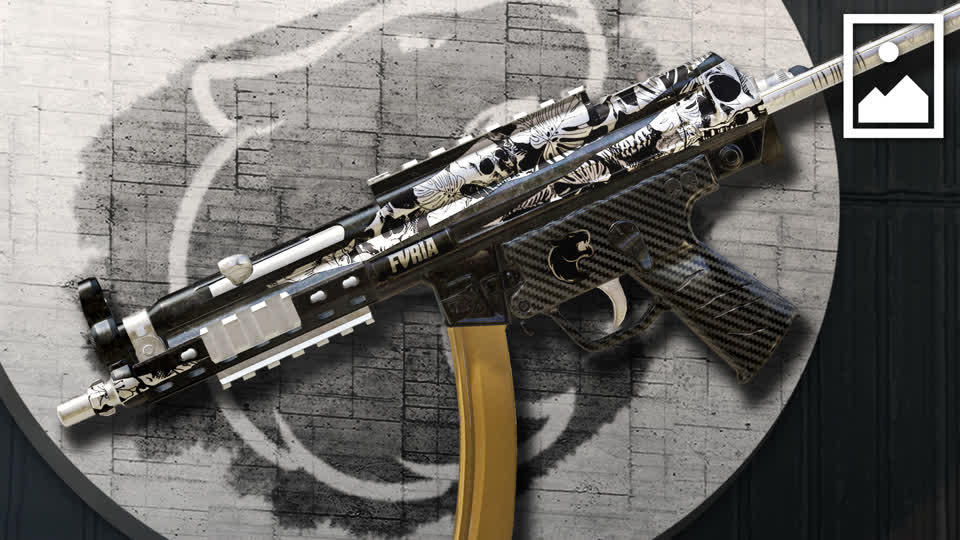 FURIA Esports' panther can now be rocked in Rook's, Doc's, and Melusi's MP5. Its design looks deadly, including some skulls and the team's logo. 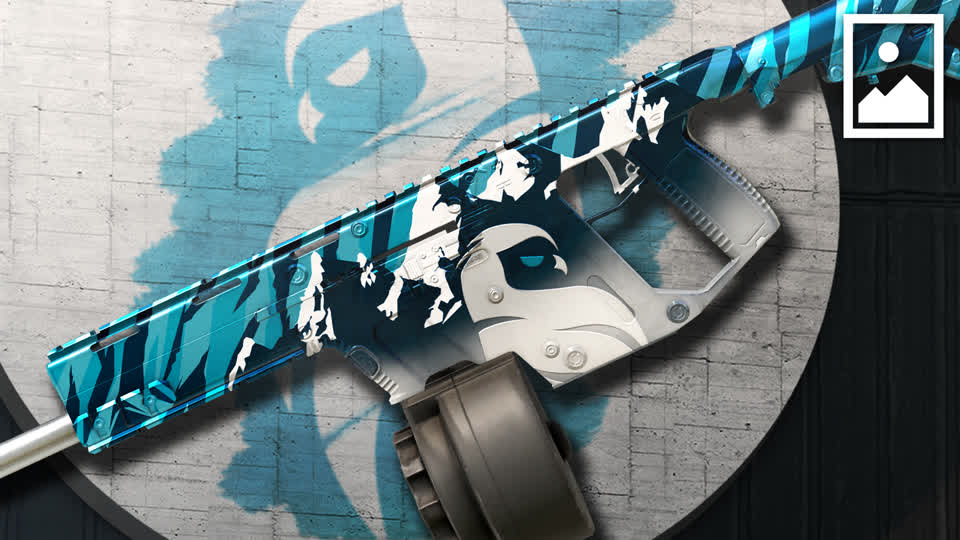 Mirage skin isn't anything crazy. The colors used match Mirage branding. The team's logo is visible. Not spectacular. If you are a fan of the team, you will probably get it.

Team oNe - Valkyrie's and Warden's MPX 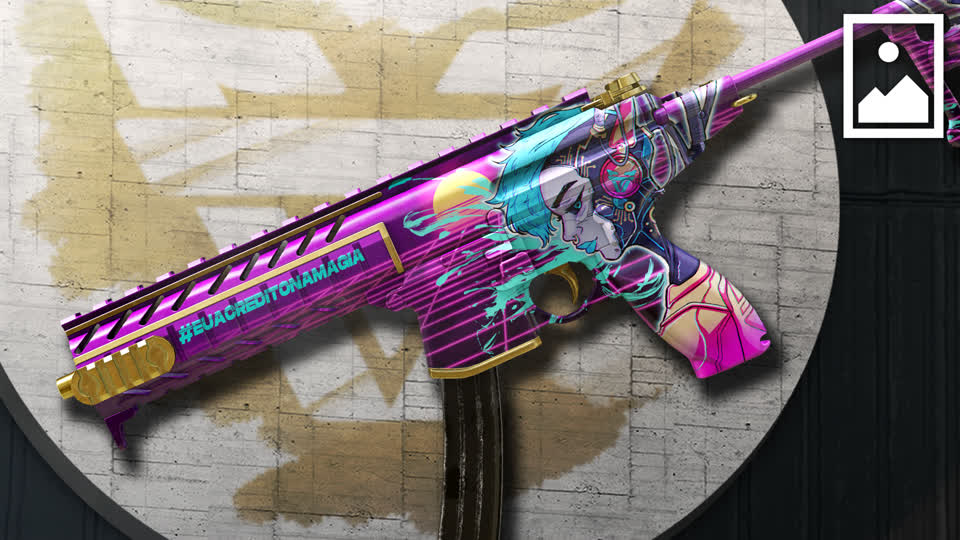 Team oNe has decided to go for the MPX, a very used gun in the game, especially in Valkyrie. 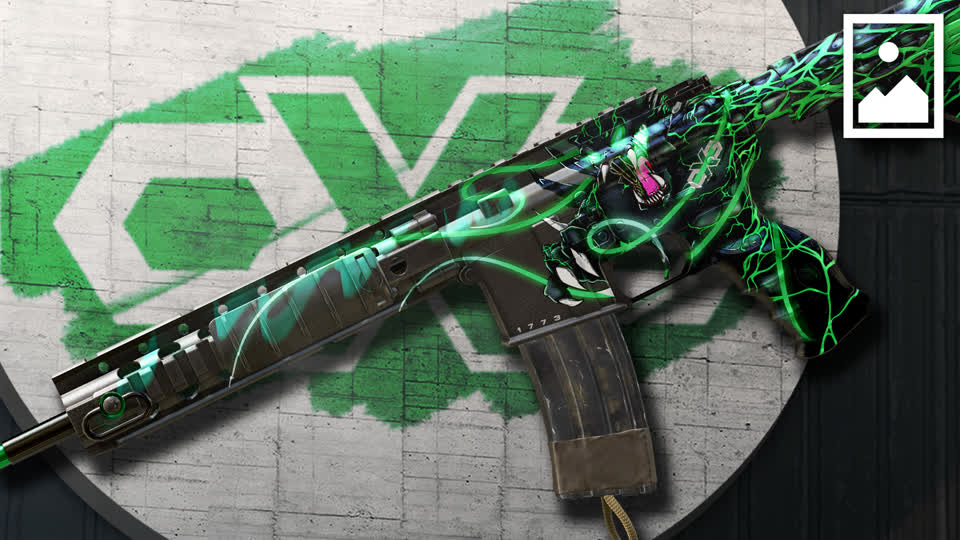 Oxygen Esports has decided to go for Maverick's M4, a gun with not a huge presence in Siege competitions. Nevertheless, this is arguably one of the best guns in the collection. 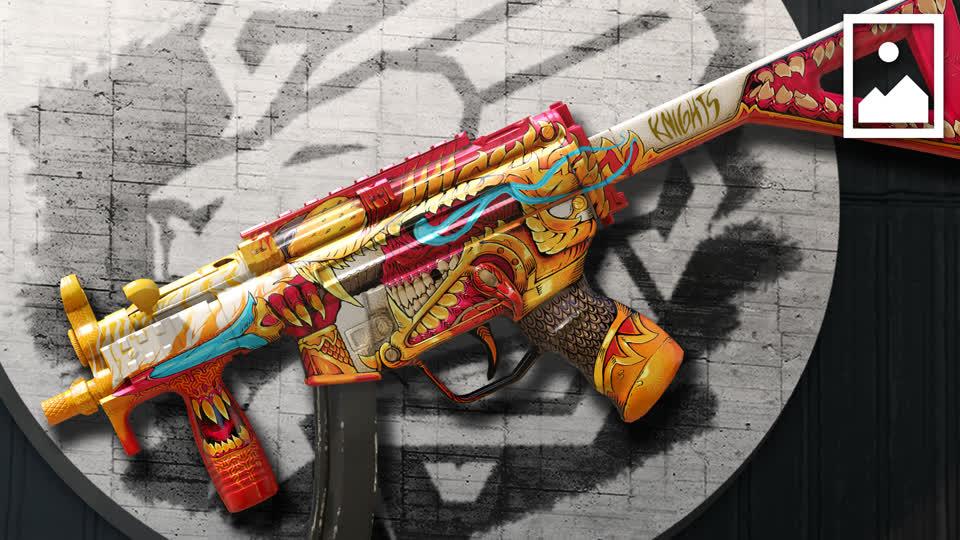 No more golden. The Knights' R6 Share skins always included it as the primary color, but not now. The design includes very bright colors, including yellow, white, and red. 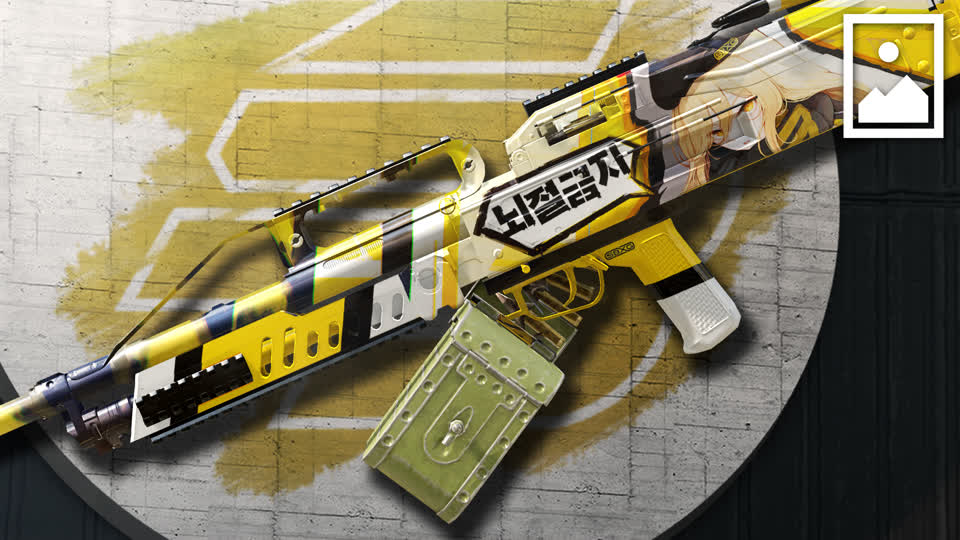 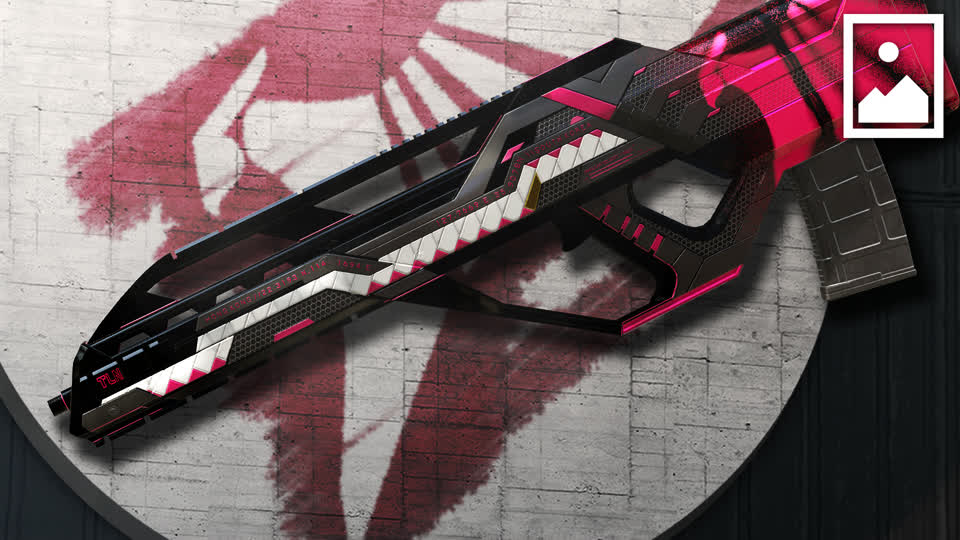 Talon Esports is the third brand to choose Finka to wear its colors. This time, Talon has chosen the SPEAR .308, leaving SANDBOX as the only one who has gone for her LMG. 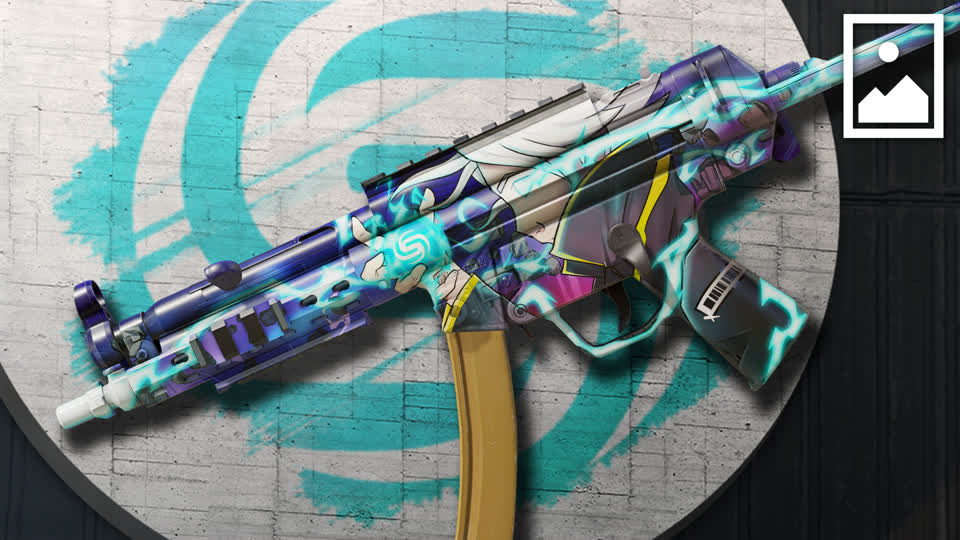 The North American League champions have gone for a classic, the MP5. The design includes what looks like a wizard, and the Soniqs' logo in his hand. 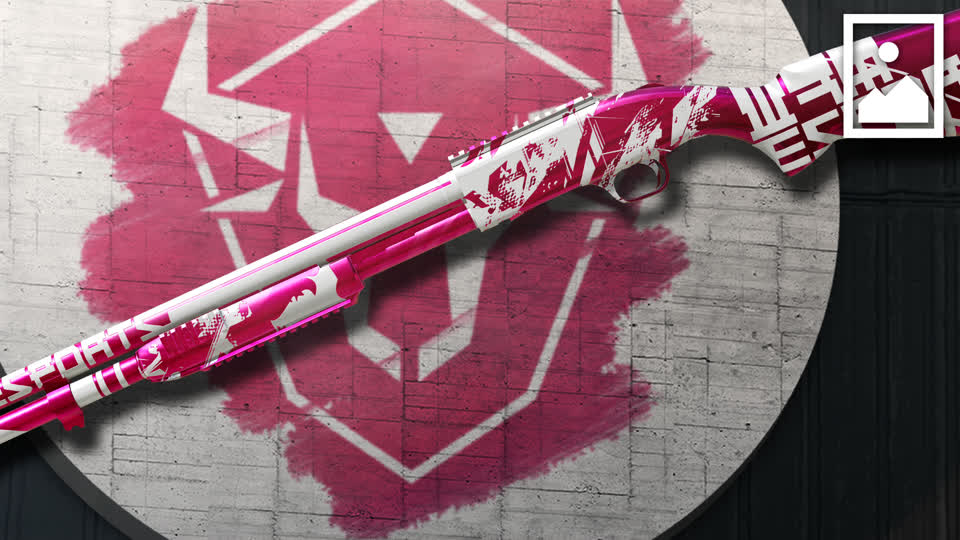 The Copa Elite Six finalists have decided to choose a weapon from the S.A.S team once again. If you are a fan of the Brazilian squad, you can now play in full w7m style by combining their SMG-11 and their M590A1 skins. 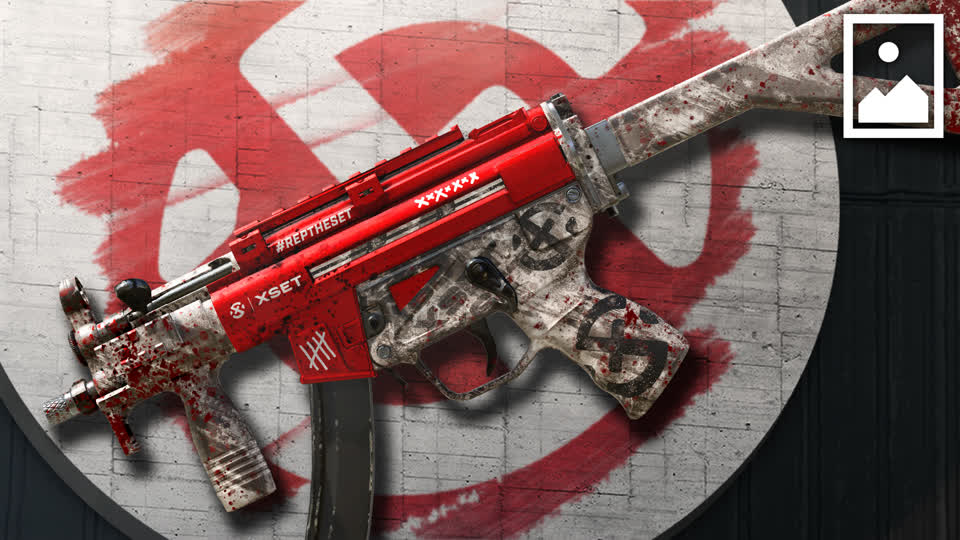 This is one of the best on the list. The colors fit very well together, creating a unique mix of brown and red. XSET has been on fire recently, so you might want to support them. 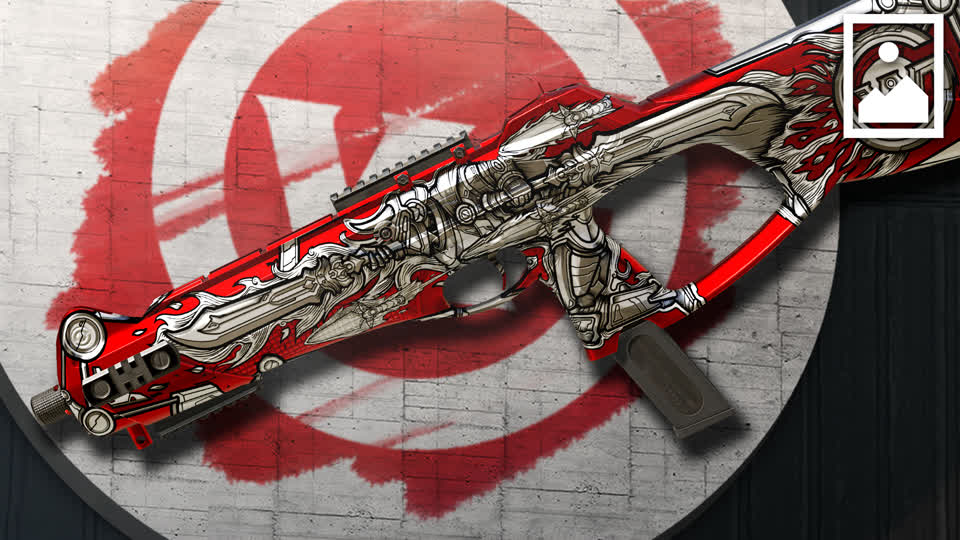 Just like CAG, Wildcard Gaming has decided to go for Alibi's gun. It is a very similar design to their skin for the F2, however, it is still wonderful.