Once again, the South Americans will hope to make history by dislodging a Brazilian team.

South American fans are desperate to see a team of their own representing the region and after so many missed opportunities, can they finally get their wish? Keep on reading to find out more about the region’s two representatives.

If we had to compare Furious Gaming to another team, you could find parallels with G2 Esports’ current roster.

At the beginning of the stage, Furious assembled some of the best players in the region, signing the Paraguayan wunderkind Richard “blk” Rodríguez and the Niño Maravilla (Spanish for wunderkind) Federico “Pechito” Miller to build a South American ‘super-team’.

With them is Valentino “VJ” Jaim, the team’s IGL and one of the most experienced players in the region. Gonzálo “DirTy” Acosta, who plays a second-entry role, and Valentín “WeTz” Lima, the team’s support and hard breacher, complete the roster.

Furious Gaming’s dominance in South America is of no question any more. After a whole year behind Malvinas Gaming and 9z Team, Furious improved to become the best and most consistent team in the region. However, despite improving, they are still far behind the Brazilian opposition.

So far in Stage 2, they have only played Theme Park, Bank, and Kafe across all their matches. This means that they haven’t played on any of the four most popular maps in this BR6 stage; Chalet, Villa, Skyscraper, and Clubhouse.

Regarding operator bans, Furious Gaming’s default attack ban has always been Ying, but the team has now adapted and has often gone for more situational operators, such as hard breachers or Flores.

Additionally, Furious Gaming’s best performances have come when Azami was banned. With Brazil’s Azami pick rate was at an astonishing 33%, despite a banrate of 44%, Furious Gaming’s prowess might force teams to get rid of her.

It is worth noting that Furious Gaming were victorious against Ninjas in Pyjamas at the GWB 2022 Online Qualifier, winning by a 2-0 margin.

But in this weekend’s Copa Elite Six, their first opponents will be FaZe Clan, who will be aiming to qualify for a Major after missing out on Charlotte.

Isurus’ stage hasn’t been dominant, but it has been consistent. They were demolished by top two contestants Furious Gaming and Pampas, but their record against mid and bottom-table teams was stunning – four regulation wins and one overtime one.

However, such a trait might not be what a team needs at Copa Elite Six. Isurus must deliver strong performances against the Brazilian heavyweights, who can pack a far stronger punch than Furious or Pampas.

Statistics-wise, Gaspro delivered on Ace and Smoke, finishing the stage with the most entries in the team, but at a net negative of -1 (12-13).

Isurus haven’t had any predilection towards specific operator bans this stage and have shown many of their cards by playing six different maps in just seven Sudamericano play days.

Their only experience against Brazilian teams came in the GWB 2022 Online Qualifiers, too, when Isurus defeated Golden Kids (the Team oNe academy roster).

Isurus’ first rivals in the Copa Elite Six will be Brazil’s best team; w7m esports, a roster that has just conceded three losses throughout the first two regular phases played. The odds are stacked against them, but an off-day could see them pull off an upset. 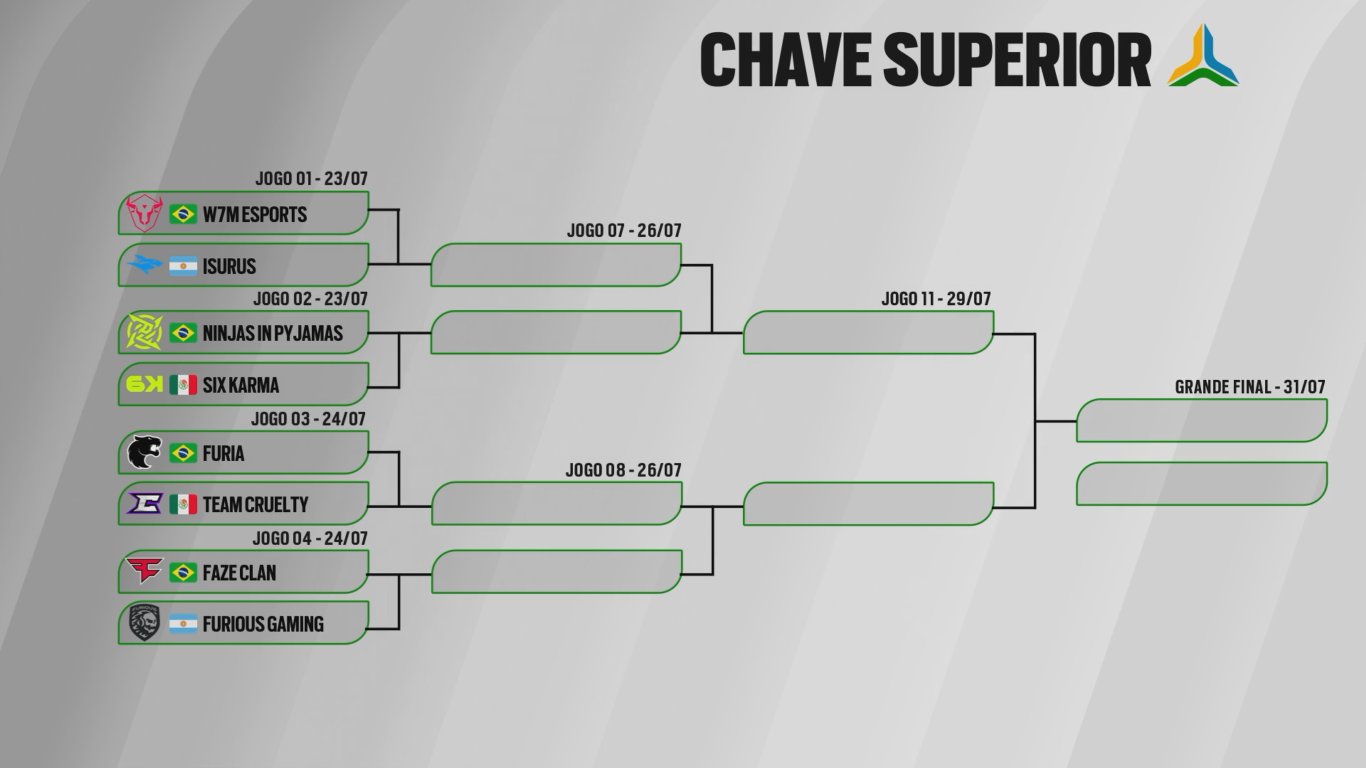