On Friday Ubisoft finally released the 2022 Season rulebook. Here’s a roundup of the biggest changes.

The 2022 Season has seen a lot of small but important rule changes take place, a number of which concern transfers. Here’s a rundown on each of them and a look at what impact they may have:

There will be an additional window from November 21st to December 4th this year. This is after the 2020 and 2021 Seasons went a whole six months without a window between August and February which led to a number of roster issues.

This window was skipped initially to ensure that no SI or regional league qualified players were kicked from their team just before the tournament, however, it didn’t work as intended with teams such as Soniqs in 2020 and Fnatic in 2021 simply benching their whole team and playing with stand-ins during the three months.

This information also sets the November Major’s dates very likely to be from November 14-20th as the transfer window always opens the morning after the Six Major grand final.

In the February transfer window, an entire professional team can be dropped and replaced with a roster of complete newbies to that level of play. This removes the prior requirement that at least two players must have played at that level the year prior.

While on paper this sounds like a terrible change, it does have the potential to help the ex-Empire roster find a new home in February without having to requalify themselves and can be used to pick up promising tier-two rosters to replace low-level tier-one teams.

On the other hand, after the widely condemned change made by the Team Empire organization last February when they dropped their two-times SI runners-up roster, safeguards discouraging this being dropped seem rash from Ubisoft.

Also of interest is that national-level teams no longer need to abide by the global transfer windows and instead will follow their own local windows. While this does streamline the rules a lot, this may cause issues when players swap between national scenes if the transfer windows don’t match up.

Finally, only one coach change is allowed per May, August, or November transfer window. This is unlikely to make a difference as “support staff” such as analysts and assistant coaches are not bound by this limitation. Teams can still add in multiple coaches, they just need to be classified correctly.

Academy rosters have been growing in popularity each year since they were introduced in the 2020 Season. This year two changes have been made to encourage pickups.

Firstly organizations can now have academy teams from different regions as their main teams. The one region restriction previously forced Electrify and Giants Gaming to drop their Spain Nationals lineup when they picked up APAC rosters. Now, this requirement isn’t there which is seemingly already been taken advantage of by Parabellum which picked up a Brazilian women's roster alongside its professional NA League roster.

Another change is the addition of an exception in the academy roster promotion restrictions. Usually, an organization can’t field a team in two regional tournaments however, the European Challenger League is not counted as a regional tournament for the sake of this rule:

Participation of a Team’s Roster in the European Challenger League stands as an exception to this rule, as the Team can register another Roster in European League or any other Region’s Regional competition.

This once again has already been taken advantage of by MNM Gaming which, following confusion within the community, clarified that they can have both a EUL and EUCL roster thanks to the exception above: 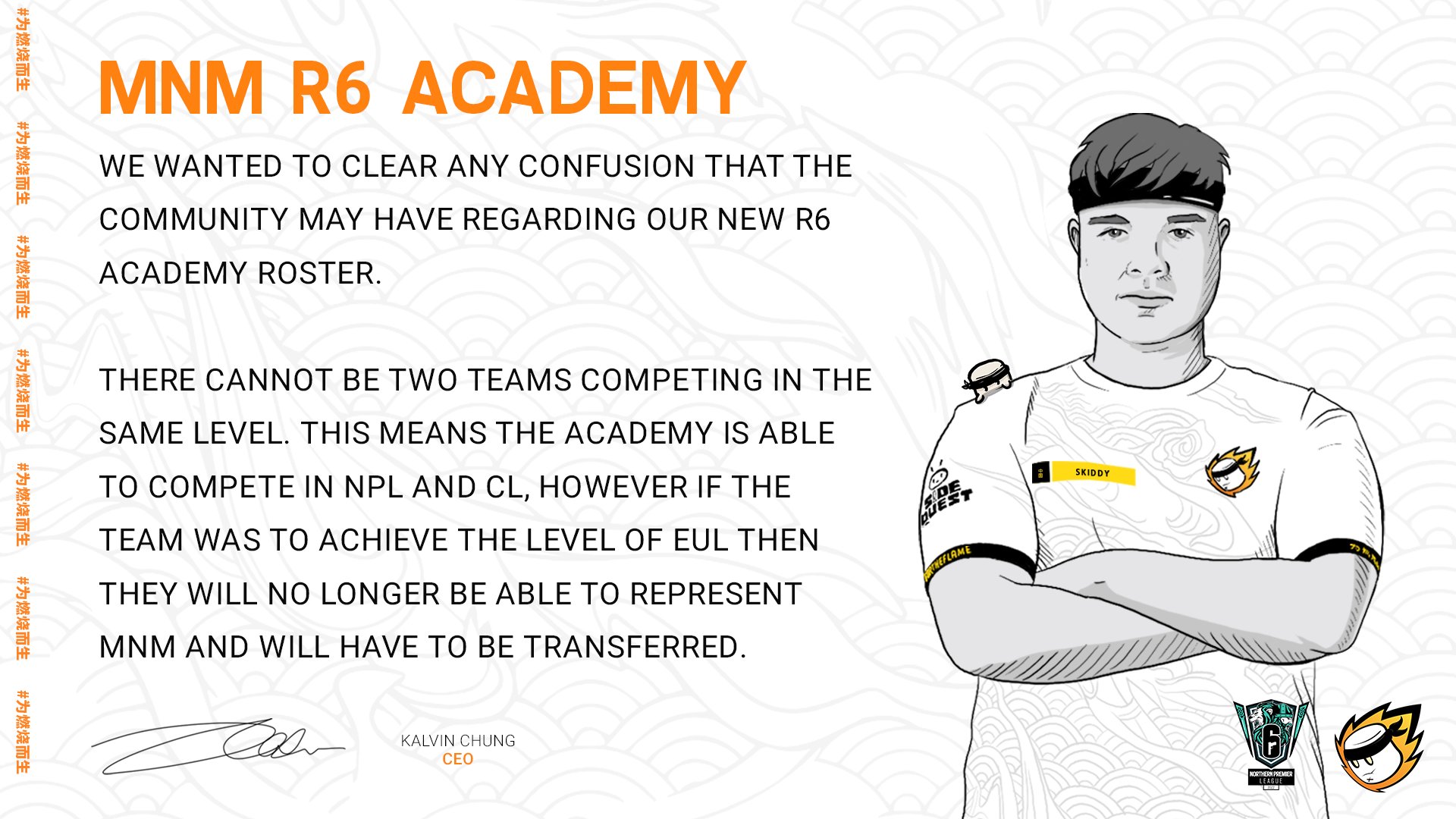 As well as the above transfer limits, there’s also been a few notable changes to regional formats as seen below:

The tiebreaker rules across all four regions have been standardized as follows:

This means that the “mini-league” system used previously is now gone, with the above criteria looking at the results across the entire stage, not just between select teams.

The NA Challenger League format has also seen changes as now the points earnt throughout all three NACL stages for each team will be added together at the end of the year. Following this, the top four teams will compete in an NACL Final tournament in which the victor progresses to play in the relegation matchup.

This is a stark change to the 2020 and 2021 format in which stage three’s results alone determined the top teams. While still heavily slanted towards stage three performance, this rewards the top teams during stages one and two by getting them into the final four.

The new APAC and LATAM rulebooks are not yet available while the 2022 EUL rulebook includes no additional changes to the ones already known about.