Catch up on what happened during the first day of Dreamhack Valencia. 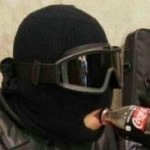 Unlike season eight of Rainbow Six: Pro League, DreamHack Valencia is being played in a best of three style. The first map that was picked in the IDK vs NiP game was Clubhouse as I Don't Know's map.

IDK started on attack, and had to push one of the most common first defensive sites, Church and Arsenal. Within the first twenty-five seconds of the round, Psycho, who was playing as Vigil, took out Jackal. For the rest of the round Psycho got three more kills and showed up with a nice four kill carry in the first round. In the following round Psycho who was playing Valkyrie once again helped his team in a big way getting another three kills to bring his team up 2-0. By the end of the first half Psycho was on top of the leaderboard with eleven kills and no deaths. NiP achieved a flawless first half taking a 5-0 lead. After the side switch however IDK started coming to life. The first site they picked was CCTV and Cash, and despite losing the first two players to NiP, they successfully won their first round by holding on time. IDK held strong on round nine where there wasn't a single kill until about thirty seconds left of the round. Elemzje was able to get a nice three kills with Bandit to take the round.  Things started to look better for the Europeans as the match was one round away from going to overtime, but NiP pulled out a surprising Blitz, being played by Julio, who rushed down blue tunnel with his fellow teammate Psycho, who was playing Ash. This rush gave them control of Arsenal, and the defuse plant was able to go down, winning Ninjas in Pyjamas the first map.

Ninjas in Pyjamas felt very strong going into the second map due to the fact that they were able to win on IDK's map choice. They defended first again, and picked Armory and Archives as their first defensive site. NiP held Armory very well and put Lacky into a tough 4v1. Giving it all he had, Lacky was only able to pull out two kills before falling and giving NiP round one. However in the next three rounds, Ninjas in Pyjamas struggled hard and failed to hold any site until their last defense round where they were able to hold Armory again. IDK lead the map 3-2 by the time the sides switched. Psycho was not fragging as well as he did the first map giving the Brazilians a hard time getting kills. On the other side however, LeonGids got three kills alone from frag grenades, two being just in round three alone. With IDK on defense  they were able to secure the map 6-2.

This win was big for I Don't Know, not only because it kept them in the game, but it was a victory on their opponent’s map.

With the competition close, this deciding map couldn't have made it any more intense. Ninjas in Pyjamas defended Laundry and Supply as their first pick. Wag who was playing on Smoke and kamikaze on the Lesion got the first two kills almost simultaneously. Psycho held blue stairs well and ended the round with three kills of his own. Ninjas in Pyjamas didn't lose a single life in the first round. Almost identical to what happened in the map before, I Don't Know showed off their diligence and won the next three rounds giving themselves the lead again before half ended. This was mostly thanks to meepeY and Elemzje who showed up with a lot of kills. Once NiP took attack we saw just how heavy of an attackers advantage this map had. JULIO on the Blitz and Psycho on the Twitch/Ash secured overtime and made the game a real nail biter. The first overtime round was Ninjas in Pyjamas attacking Laundry and Supply. JULIO and Psycho did a slow push through blue until the last forty-five seconds when they rushed onto Supply objective and created a 1v3 in favor of NiP. Elemzje, who was playing Maestro was unable to clutch the round as NiP moved back to match point. The following round IDK was attacking Laundry and Supply, and they as well did a push through blue. Their push however was much faster and secured them overtime match point. With everyone watching on their seats, the final round came to a Dorms hold by IDK. Again with a slow push Julio who once again played as Blitz leads the attack for NiP. Unfortunately for IDK they are caught off guard and meepeY is left in a 1v3 situation. In the heartbreaking final seconds, meepeY is unable to get a single kill and NiP win the first match.

To change this tweet, you'll need to delete this entirely and re-embed it.

Chaos started on attack in the second and final match of day one for DreamHack Valencia. Cloud9 defended CCTV and Cash in their first defensive round. Secretly got two kills in the first round, but Goddess, answered back with her own two piece. She was downed by sno0ken however, but safely picked up by LaXInG. The two of them pushed sno0ken and won the round. Unfortunately for C9, they couldn't keep up their strong plays on defense and lost their first half 3-2 to Chaos. LaXInG and FoxA showed lots of skill as well as Goddess with her support. On the side of Chaos, Renuilz and Secretly carried the team with their kills. In the sixth round, C9 were able to tie up the map despite a nice two piece from Secretly, however after that round Chaos dominated and won the first map 6-3.

C9 has been having a rough season so far, with no victories in Season 8 of Pro League, and one forfeit vs Rogue this past Monday due to their travels to DreamHack Valencia.

The second map for this match was Oregon, and Cloud9 were unable to deliver any competition for the dominating team Chaos. Starting on defense, C9 chose Dorms as their objective. Chaos dominates the first round as sno0ken, Secretly, and Renuilz all get kills, and end the round with no deaths on their side. Secretly and sno0ken also both getting their own two kills. Cloud 9 switched things up and decided to defend downstairs in Laundry and Supply as their second attempt to win a round. Luckily for them, this round went more in their favor. Retro and Goddess were left in a 2v3 but were able to clutch the round as Goddess got the final kill on sno0ken. The rest of their defensive holds didn't go as well as Chaos took the first half of this map up 4-1. C9 were able to win their first attacking round onto Laundry, which gave a glimmer of hope for the team. Chaos, however, had other plans and ended the map and match fast as they took the final two rounds.

To change this tweet, you'll need to delete this entirely and re-embed it.

You can catch the rest of the Dreamhack Valencia action in the official Rainbow 6 Twitch and Youtube channels: www.twitch.tv/Rainbow6 and www.youtube.com/channel/UCWKHac5bjhsUtSnMDFCT-7A