The esport juggernaut of an organization joins the Siege pro scene after many rumors and much anticipation. 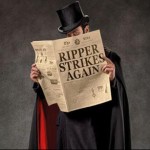 Cloud9 is well known and respected organization across esports, but for those unaware they are an American esports organization with teams in games including, but not limited to, League of Legends (where the organization launched itself), Rocket League, Overwatch, Fortnite, H1Z1, and perhaps most famously, CS:GO. Some of their partnerships are with companies the likes of Twitch, Redbull, iBUYPOWER, T-Mobile, MSI, and many more.

Cloud9's new Siege roster is the now-former beastcoast roster who only recently got promoted to the Pro League. They beat the now disbanded Counter Logic Gaming in relegations for Season 7, when they had been playing under beastcoast in the Challenger League. Prior to their pickup by beastcoast, however, they were known as Reckless and had also participated in CCS, having shocked many with their Six Invitational Qualifier performance at the end of 2017. Going even further back to even before their presence in the CL, some of the roster had played for SoaR.

Their lineup consists of their team captain Lauren "Goddess" Williams, who is widely respected for becoming Siege's first woman in Pro League, Alex "Retro" Lloyd, a veteran of the scene with the Y1S3 Championship under his belt, Davide "FoxA" Bucci, known from his time on various pro teams and appearences on the analyst desk, Brandon "Shlongii" Escamilla who has a history on the team and rejoined prior to their pickup by beastcoast, and Gabriel "LaXInG" Mirelez who is a recent but strong acquistion from CLG, and he demonstrated as much with a good performance at DreamHack Austin.

We asked Goddess about her team's signing, and she had the following to say:

Honestly, to be part of a Tier 1 org has always been one of my dreams. To get to the point where we’ve worked our way up to being part of an org like C9? I’m so damn proud of my teammates. We’ve been through thick and thin together, but we’re finally there.

North America gains another powerhouse organization and with it little doubt can be cast on the fact that Siege is growing greatly as an esport. This is without mentioning all the recent major org acquisitions in LATAM, with NiP and Immortals being two of the most high profile pickups as of late. However, one can not avoid wondering when such caliber of organizations will begin entering Europe, where a quarter of the Pro League is still orgless, despite the region being highly competitive and greatly sucsessful thus far.

Exciting times lie ahead for viewers with Cloud9 now in Siege, and we will be seeing them make their Pro League debut against Spacestation Gaming when the date is eventually confirmed.

The Cloud9 roster for Pro League Season 8 is as follows: