Catch up on what happened in the BeNeLux game between Team Demise and Remote Controlled.

After what started off as a close game, Team Demise, playing without their star player KS, comfortably beat Remote Controlled 2-0.

The first map of the day, and Demise’s map pick -- Consulate -- started off well for Demise, as Staed on Twitch managed to swiftly take apart RC’s garage hold, rushing in and getting 3 kills in quick succession. This, however, was to be the story of the map, as the attacker then successfully went on to win the following 4 rounds, 3 of which came down to 1v3, or worse, situations.

This back-and-forth of constant attack wins was finally broken when Team Demise defended garage. Here, Remote Controlled managed to open up the garage wall and get the plant off, but a smoke kill by Neo onto the carrier, and a long distance headshot onto Glaz by Theo allowed the defense to start the disarm. From here, Demise won their final attack in less than 2 minutes, with Theo getting a quick double kill to close the map 5-2.

Map 2, Oregon, was a different story, however, with Team Demise pulling out a much more aggressive playstyle. Round 1 saw an efficient Blitz roam clear by Staed, coupled with a strong Ying push on the site by Neo, leading to a 4v1 situation and an easy round for the attackers. Remote Controlled tried emulating this success by bringing out their own Blitz the following round, only for Jeff to lose most of his health within 40 seconds before being killed off by Staed. Kabouter then finished off the round by getting 3 kills in quick succession.

This performance by Kabouter continued in the following rounds with him winning a 1v1 against PRO on round 3, and getting a 2k in round 4, putting them up 4-0. The map was finally closed out as Demise attacked the laundry room, with the attackers successfully planting the defuser, and Erkkari killing off the 3 remaining defenders as they attempted to retake. This ended the map 5-0, with the stand out player clearly being Kabouter who got 11 kills to just 1 death.

This now puts Team Demise up to 3 matches won to 1 lost, meaning they need just 1 more victory to guarantee themselves a spot at the BeNeLux LAN. They’ll aim to do this next week when they play Auxillium, who are currently 3rd from bottom in the standings. Remote Controlled, however, remain the only team yet to win a game losing each one 2-0, and their next opponents will be 3rd placed Trust Gaming in an off-stream game.

After week 4, the current standings are: 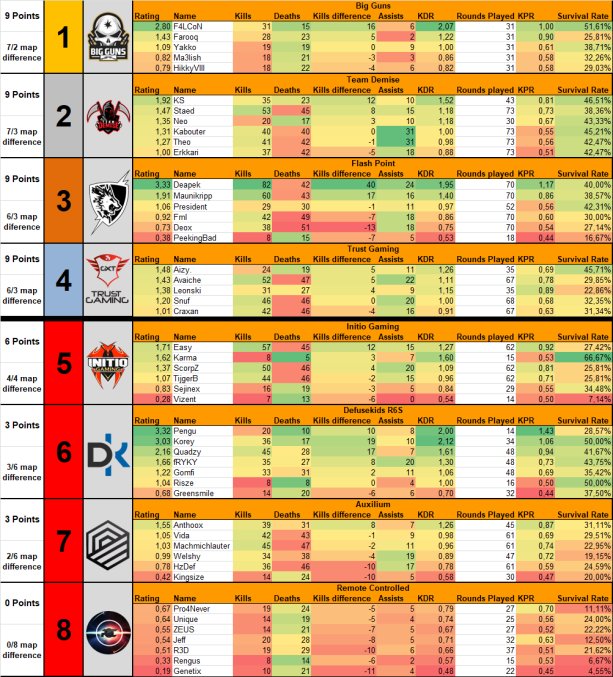 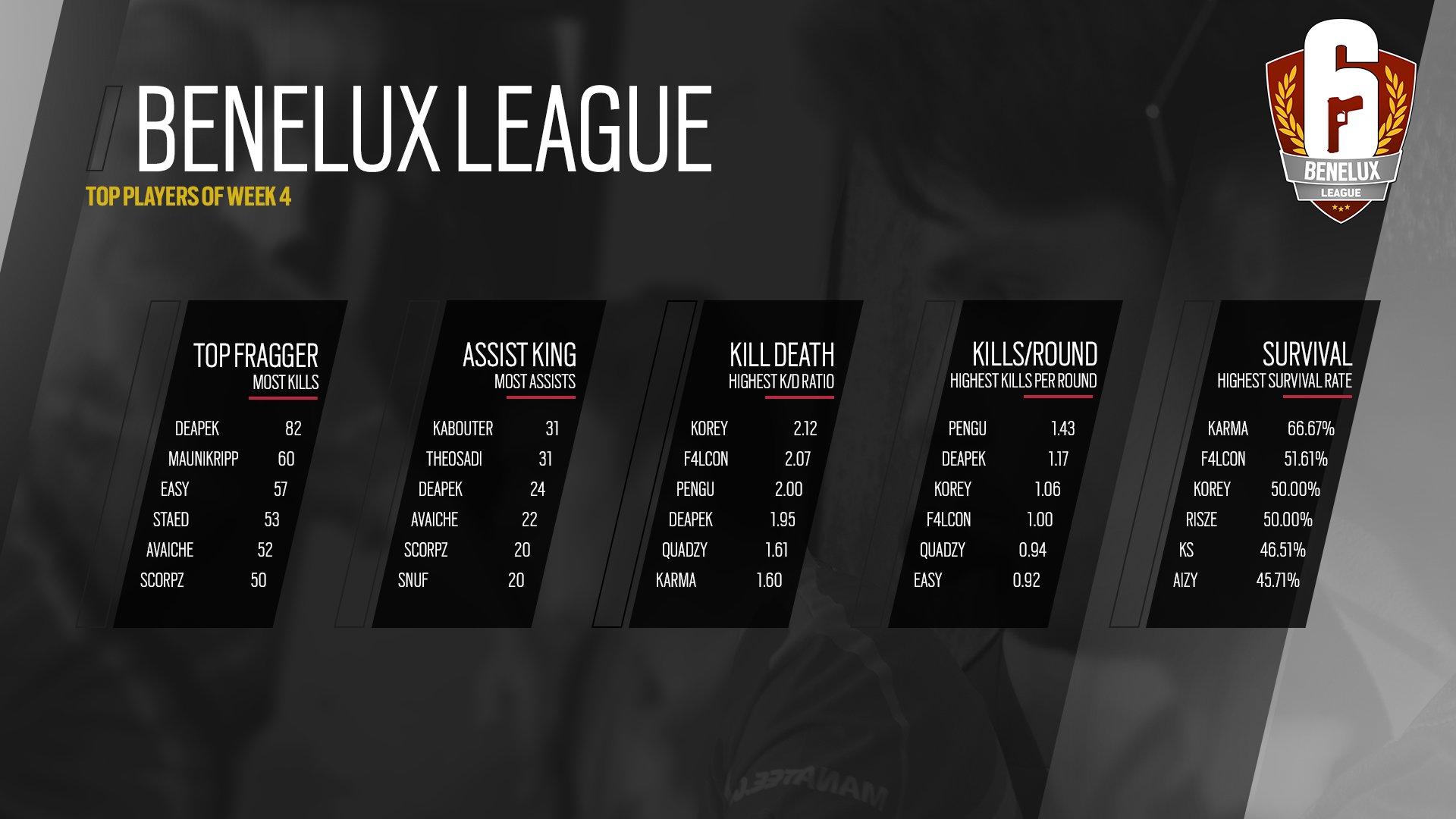